BACK INTO MY WINTER COAT FOR ANOTHER CLOUDY COLD DAY 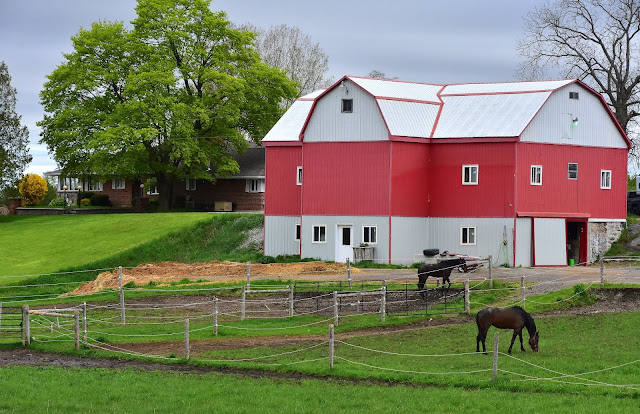 Overcast skies and icy winds this morning led to a rather lack-lustre Jeep ride around the countryside for little Doogins and I.  Managed a few photos along the way so at least it wasn't a total bust.  Just the fact of getting out of the house and going somewhere always makes things worthwhile. 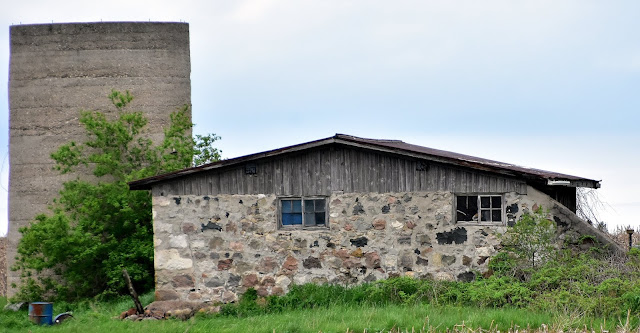 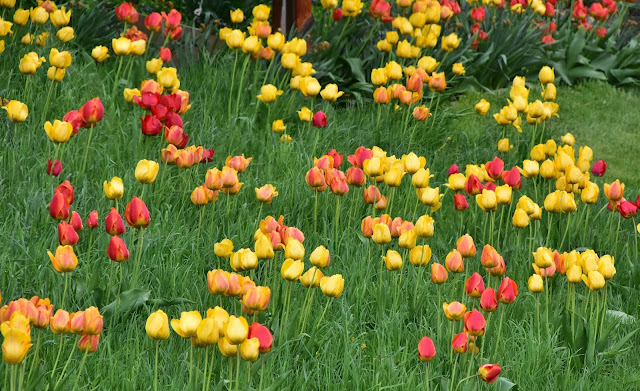 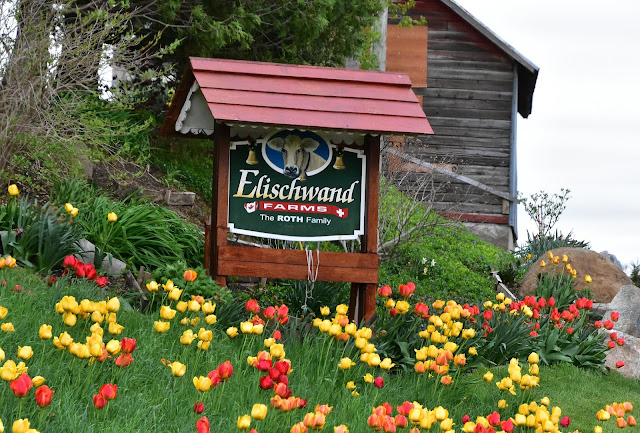 Back home before 10 I decided to move around to our back yard and continue my cloverization project.  With the newly seeded clover doing so well in our front yard I figured it was time to get our back yard underway as well. 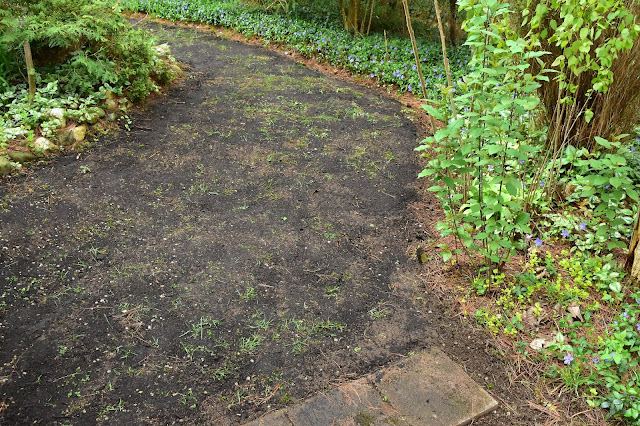 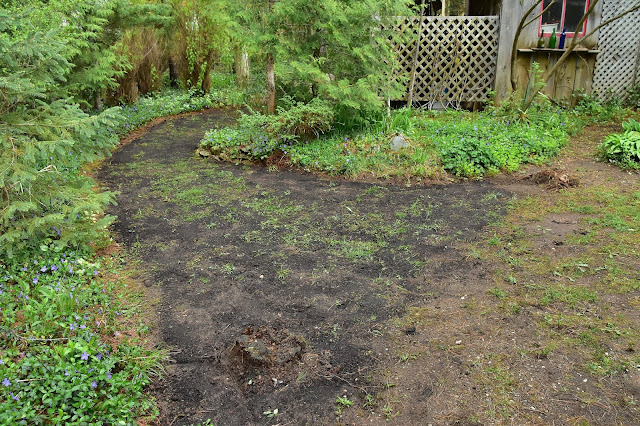 I seem to function best in a very narrow temperature band between too hot and too cold.  Cooler and warmer both work in this zone for me.  Sunday's high 70's was too warm and energy levels dropped whereupon today's cooler high 40's was borderline fine for working on my outside projects. 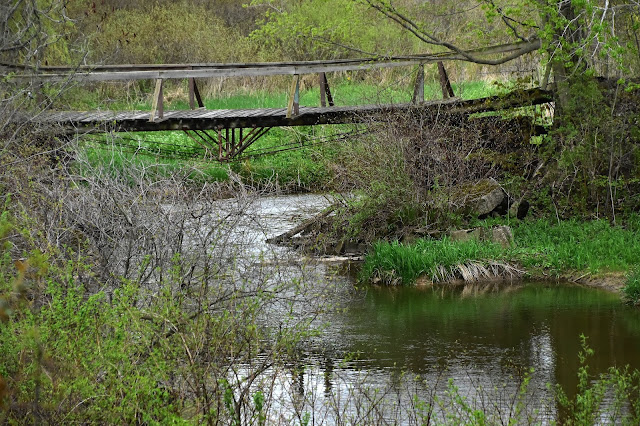 Kelly's 'Permanent Resident Card (she's American) comes due every 5 years and she has to fill out a detailed questionnaire to re-new it.  It's a bit of a complicated affair with the Canadian Government wanting to know the 'exact' dates, location and length of time she has spent in the United States.  A near impossible task for people who don't keep track of those things and I'm thinking that's most people.  A real mind boggler trying to think back over the past years remembering exact dates and times.  The questionnaire this time even askes for permission to contact border security.  So here is where my blog comes in handy.  Being a daily Blogger for a bunch of years we have all the dates Kelly went to see her Mother in Spencerport New York and our winters in the Southern United States.  All dates have been accurately recorded.  Takes a bit of digging and scrolling through a lot of blogs to locate exact dates but she is working her way through it at the moment.  Without the blog to refer to it would have been virtually impossible. 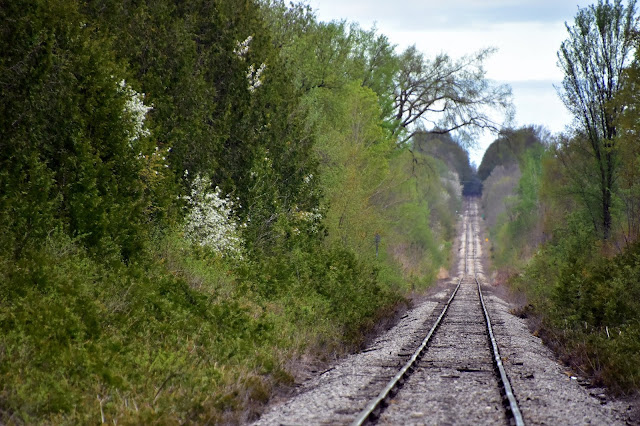 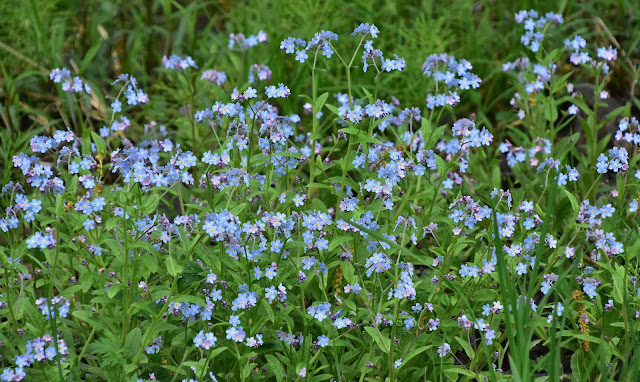 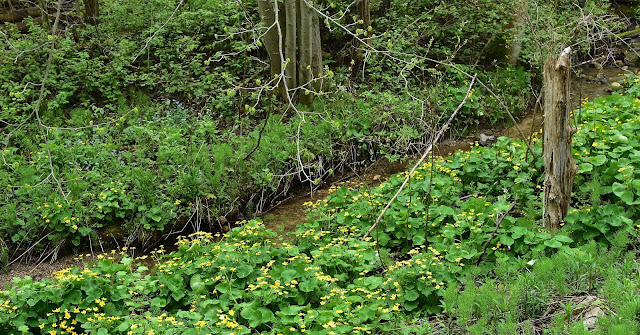 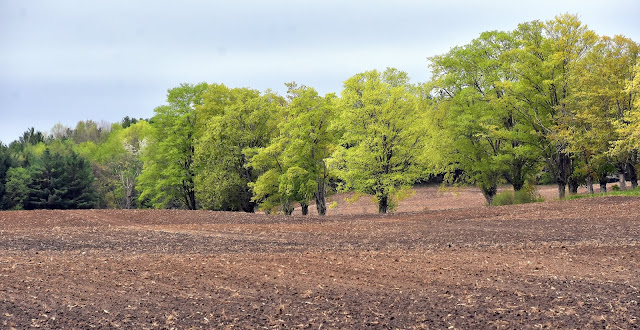 So what's coming up for the week??  New exhaust and tires for the Jeep.  Unless anything else pops up we should be able to coast comfortably through the rest of the week.  We are so relieved not to have the stress of the Motorhome sitting here.  We emailed Ron asking him how he made out getting it back to Parkhill Ontario.  He said it didn't run very well and the engine light came on.  Can you imagine if all that had happened to us when we were way out in the wilds of Arizona or California somewhere just a few months ago.  No, I don't want to think of it either.  We were very lucky and thankful Ron from Four Seasons Performance took it off our hands for a price we were both agreeable on.  Once Ron gets that engine problem fixed up I'm sure it will end up being a Win/Win situation for both of us. 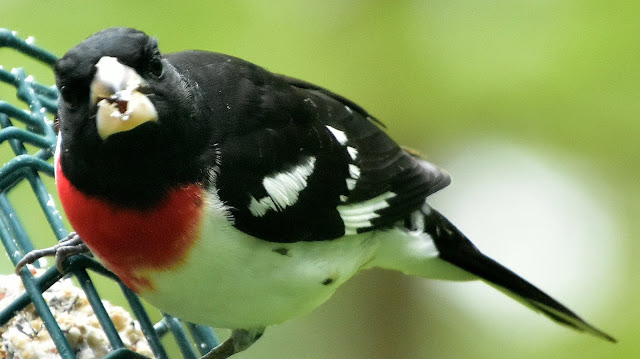 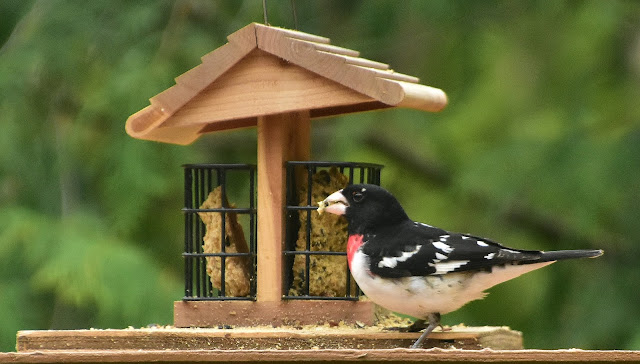 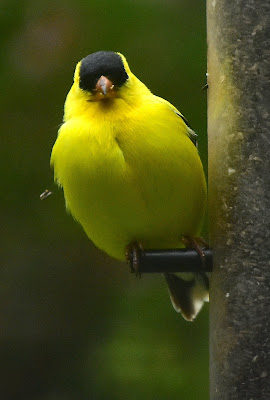 Kelly said she saw one of our larger Black Squirrels make about half a dozen attempts to get up the new PVC pipe pole to the feeder but couldn't do it.  And since trimming the shrub back Little Red has not been able to leap across to the feeder anymore either.  So am I declaring victory??  No way Jose I know better than that. 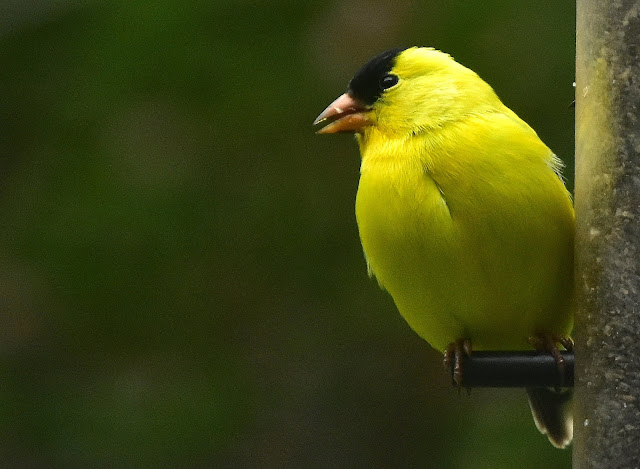 
- Why be difficult, when with a bit of effort, you can be impossible?


- Life is too complicated in the morning.

Q: Why did the queen bee kick out all of the other bees?
A: Because they kept droning on and on!

Q: What kind of bee can't be understood?
A: A mumble bee!

Q: Where do bees keep their money?
A: In a honey box!

Q: What did the bee say to the naughty bee?
A: Bee-hive yourself!

Q: Why did the bees go on strike?
A: Because they wanted more honey and shorter working flowers!