THIS MORNING PHEEBS AND I RETRIEVED THE FORGOTTEN COFFEE CUP 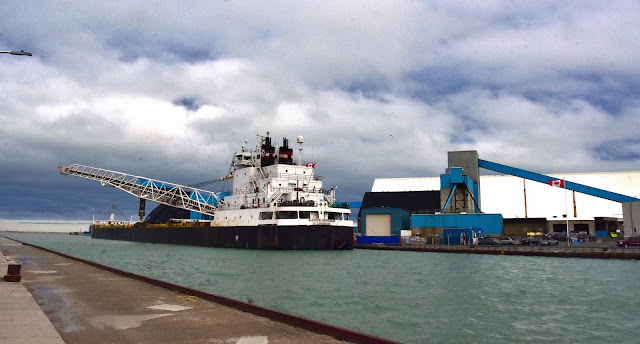 Last words in my ear going out the door this morning were Kelly saying. 'don't forget to get that McDonald's coffee cup'!!  Anyone reading my last Wednesday's post will know why she said that to me.  And yes I did do as I was told.
With winds feeling like they were funneling directly down from the Arctic Circle again this morning neither Pheebs or I spent much time outside the Jeep.  However, with Pheebs insisting she have her window down I did have to keep the Jeep's heater on high.
Reaching Goderich it was down around the harbor we went.  One lake freighter at the salt dock and I'm not sure it was the same one I saw a few days ago with no name on it.  Maybe I somehow missed the name because this ship looked the same but I did see a name.  Algoma Buffalo 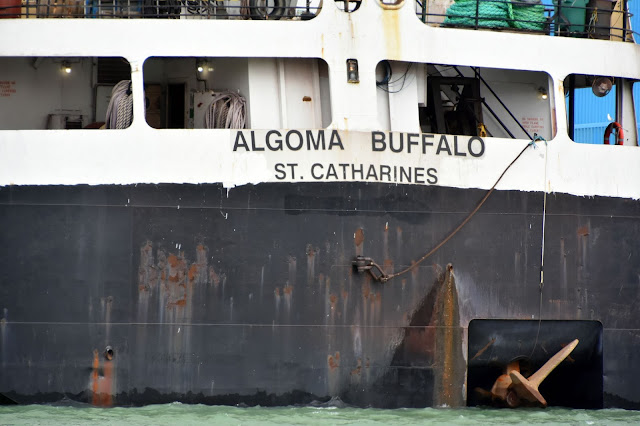 From the harbor it was off to the Canadian Tire store to pick up a large galvanized garbage can to put birdseed in.  The plastic garbage cans are no good because the Squirrels just chew holes right through the lids.
On the way out of Goderich we stopped and retrieved the coffee cup I had forgot this past week.  Had the wind not been so bitterly cold we would have headed out on the trail for a walk.  Weather forecast has changed from last week and we are now seeing more sunny skies with warmer temperatures ahead.  'Yay Team'. 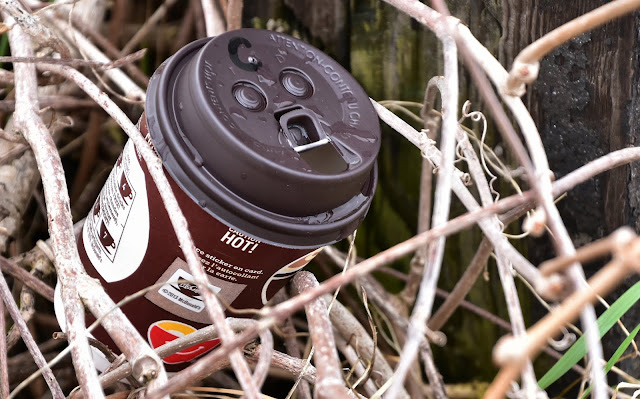 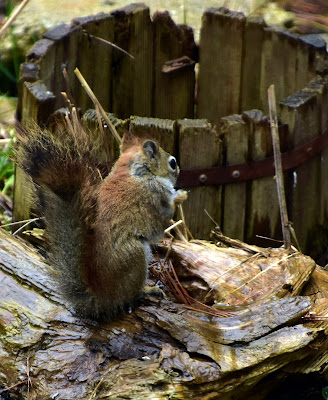