Steady rains came in the night and stayed until late morning  There was very little incentive to even venture out the door but thoughts of sitting idle inside the house were not an appealing option.  No point of thinking about driving any country roads this morning unless I felt the Jeep needed a mud bath.  It didn't so off we went to Goderich keeping our wheels on pavement all the way. 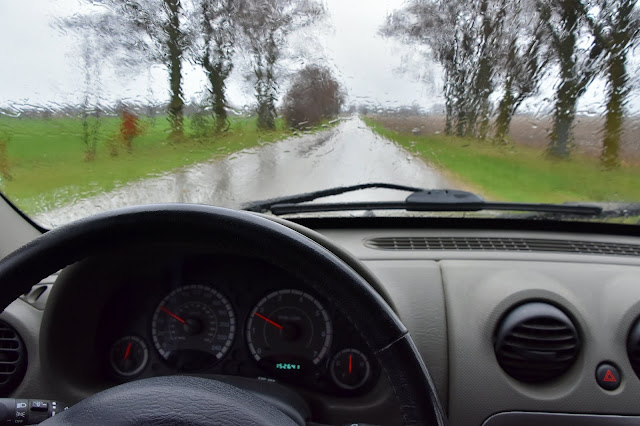 With a cold nasty morning going on I figured a lot of older folks wouldn't be out and about and that just might mean fewer people at the Maitland Valley Medical Center.  I like it when I occasionally figure something right and this morning was one of those times.  The small waiting room was empty and not chocked full of people (a first) and I was taken right in, jabbed with a needle, blood drained out, then kicked right back out the door.  I like when things happen fast like that.  The bloodwork is for my Stratford Urologist doctor.

Pretty dreary looking down around the Goderich harbor but did see a large ship at the Goderich Elevators.  Don't think I'd ever seen the BBC California in port before. 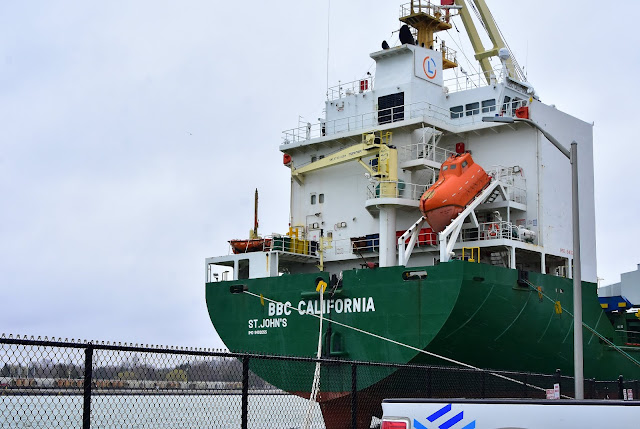 Aside from picking up a few things at Walmart on our way home our morning was not very adventuress.  Snow flurries are in the weather mix for the next couple days so not much to look forward to regarding outside activities. 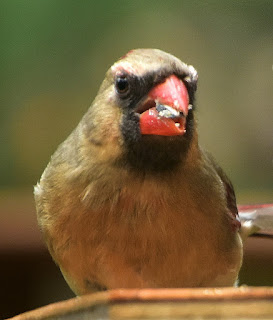 Despite the day's cold I again grabbed my paint brush and stirred me up some more paint.  Wasn't too bad in the carport out of the wind where I finished painting up the last pieces of a new gate.  Our good friend Bruce will be over next week to put that gate in for us.  You may remember handyman Bruce building a deck extension to our back porch a couple of summer's ago plus a bunch of other things over the years including a few RV projects.  No walk for Pheebs and I this afternoon.  Just too darn cold and miserable out:(( 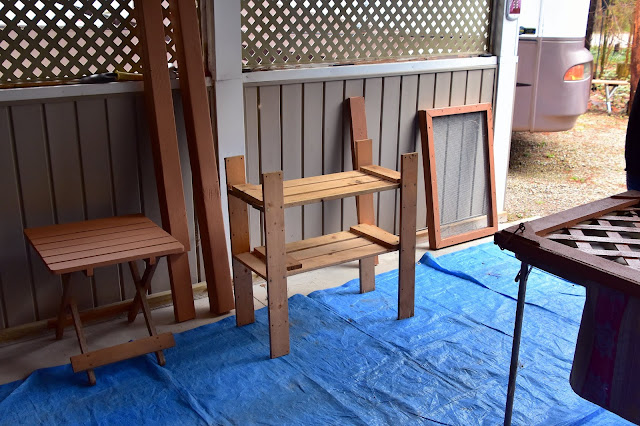 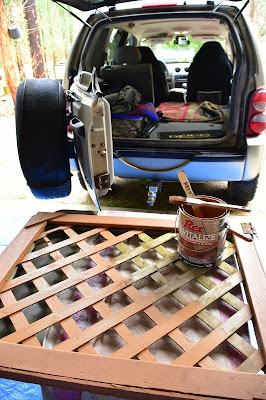 I think it was last Fall sometime when I last saw a Squirrel up on our bird station.  I was almost convinced I had finally won the Squirrel Wars.  Nope, today I spotted not only a Black Squirrel but a Red Squirrel as well up on my newly constructed feeder.  Chased the Red Squirrel off three times and each time I missed seeing how it was getting up there.  Sooooooo, it looks like the Squirrel Wars are back on for another season:(( 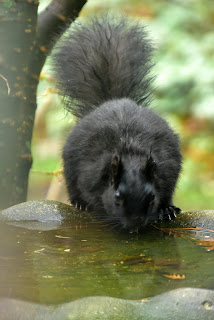 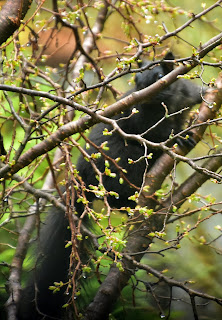 With our tall pine trees whipping around in the wind like a bunch of tall green noodles and a short unexpected burst of late afternoon sunshine I was surprised to see a number of birds come in to the feeders. 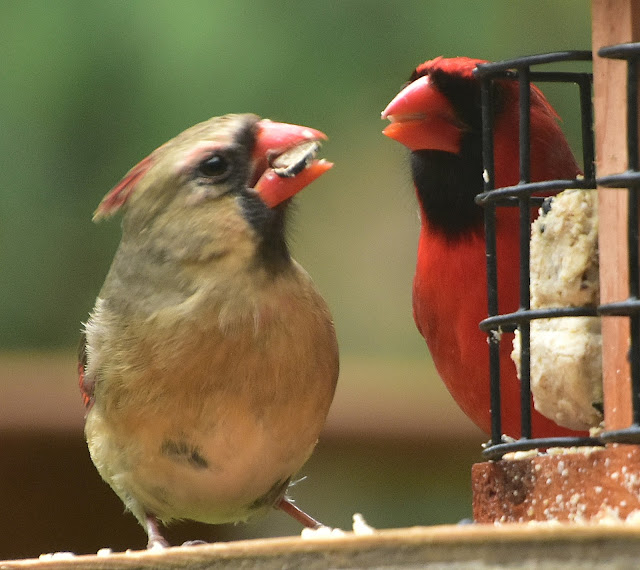 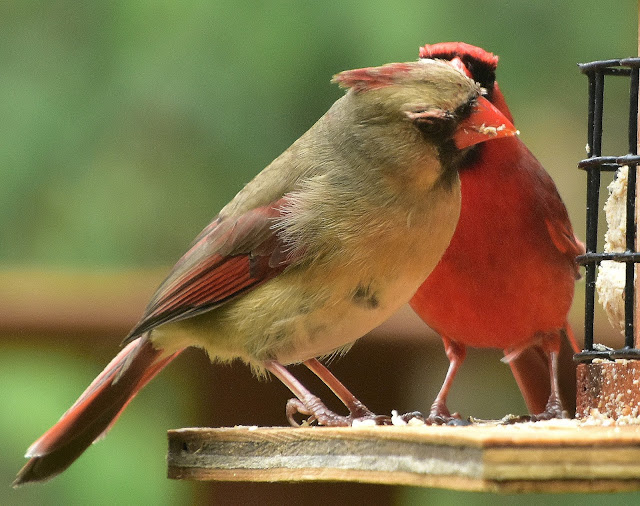 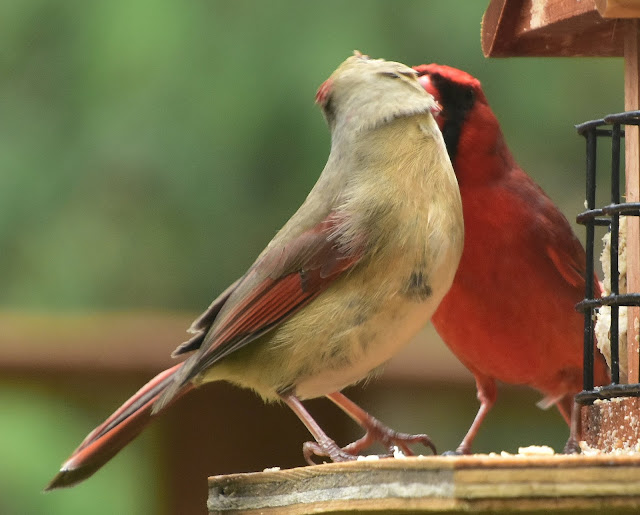 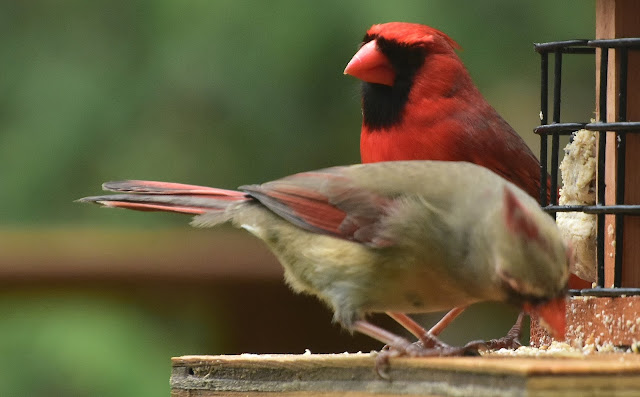 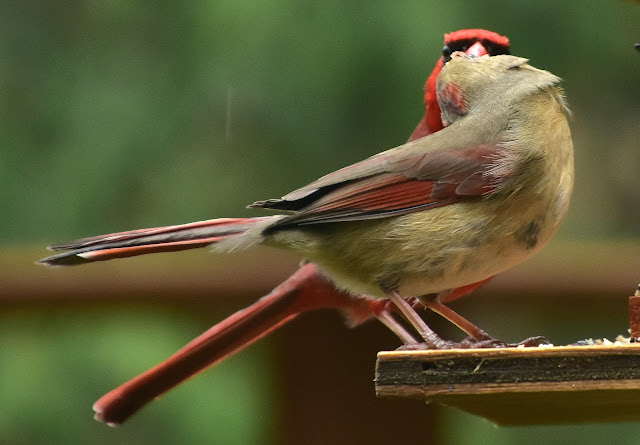 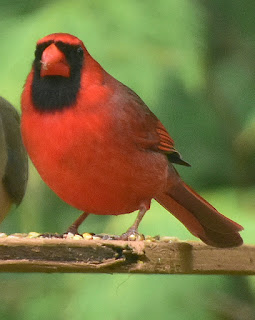