WE WERE DEFINITELY ON THE MOVE TODAY

Had myself one of those mornings where if anything could go wrong, it did.  Not to worry, I won't bore you with the details.  We rolled out of our comfortable Gunsight Wash boon-docking spot at 9:40 a.m. under sunny skies.  Stopped at the water tap in Why and topped off our fresh water tank, hitched up our Jeep and from there we headed to Ajo.  Parked in the large dirt parking area near Artist's Alley and walked up the street to the Ajo Plaza.  Saturday morning's market was going on but that was not our main objective.  A new coffee shop opened up on the plaza's north side near the Post Office and we were there to support it by buying a couple coffees,  Coffee was good and it looked like they were off to a great start,  Two thumbs up for Ajo's new 'Oasis Coffee Shop. 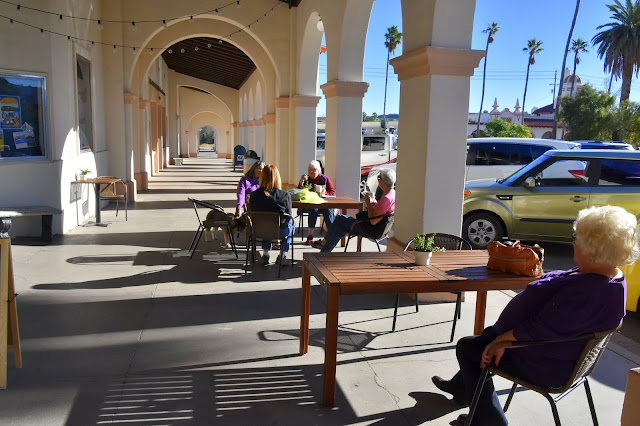 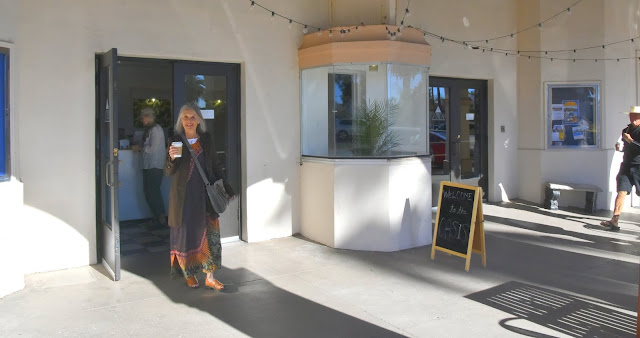 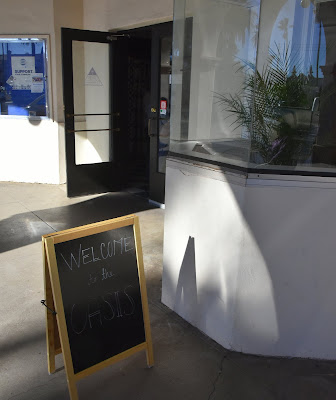 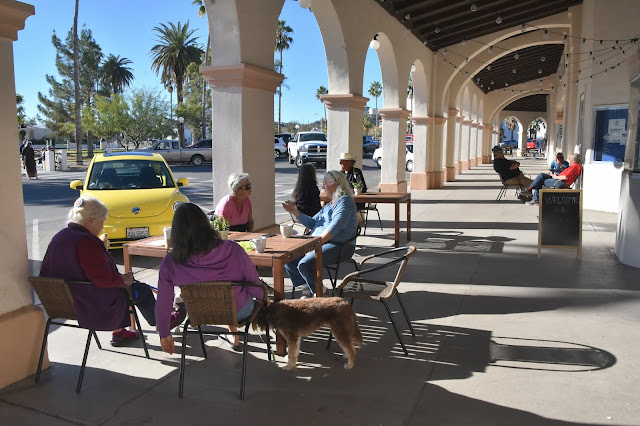 From Ajo we rolled north out of town on highway 85 heading for Gila Bend on I-8. Nice relaxing Saturday morning drive and we never even set a tire on I-8 instead rolling underneath it right into Gila Bend itself.  Our black tank was nowhere near full but decided to empty it anyway and start the next phase of our journey off with a clean slate.  There are 3 dumping places in Gila Bent except the Shell station at Gila Bend's north end on highway 85 is not closed.  That was the one we always liked because it was never busy unlike Gila Bend's east end Shell station sometimes.  Never cared for that one much.  But here's the good news.  Right on the east side highway 85 at the Chevron gas station about halfway between McDonalds and Burger King there is an excellent clean and flat free dump station with a large area for any big 40 foot diesel bangers.  The two holer dump station is near the propane filling station.
From Gila Bend we headed north up 85 and west on I-10 to our overnight destination.  We'll figure out just where we're going from here in the morning. 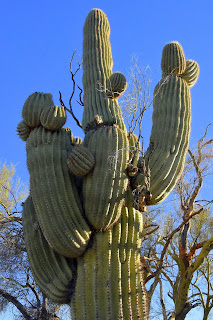 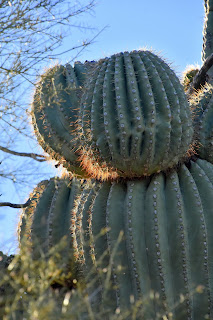 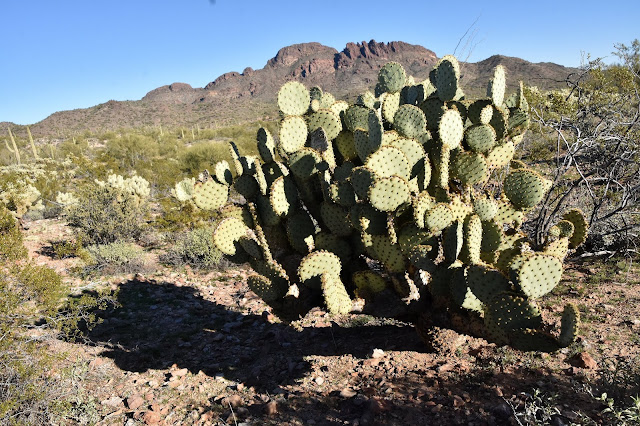 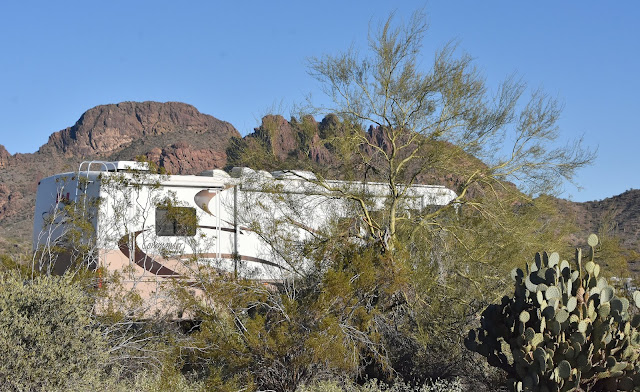 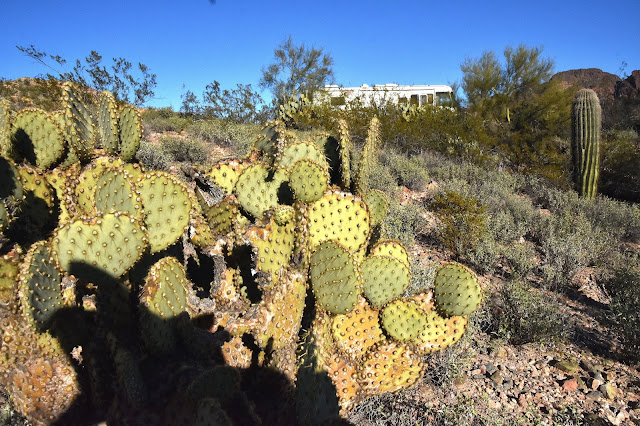 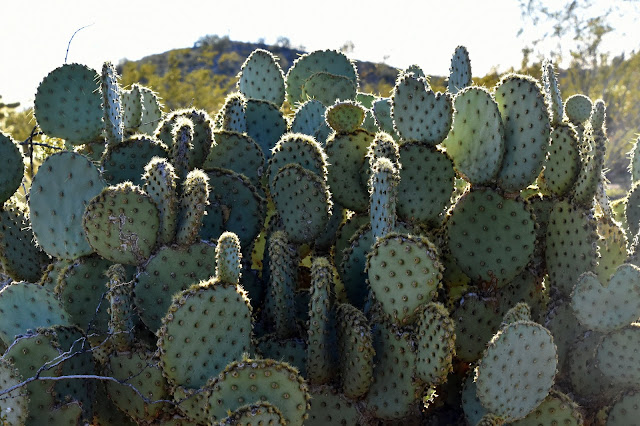 GROANER'S CORNER:(( A Few Past American Presidential Blunders:: "My fellow Americans, I've signed legislation that will outlaw Russia forever. We begin bombing in five minutes." -- Ronald Reagan, about to go on the air for a radio broadcast, unaware that the microphone was already on.


"I want to make sure everybody who has a job wants a job" -- George Bush, during his first Presidential campaign.

"This is a great day for France!" -- Richard Nixon, while attending Charles De Gaulle's funeral.

"Now, like, I'm President. It would be pretty hard for some drug guy to come into the White House and start offering it up, you know? ... I bet if they did, I hope I would say, 'Hey, get lost. We don't want any of that.'" -- George Bush, talking about drug abuse to a group of students.

"For seven and a half years I've worked alongside President Reagan. We've had triumphs. Made some mistakes. We've had some sex ... uh...setbacks." -- George Bush.

"I believe we are on an irreversible trend toward more freedom and democracy. But that could change." -- Dan Quayle

"What a waste it is to lose one's mind-or not to have a mind. How true that is." -- Dan Quayle addressing the United Negro College Fund.

"I am honored today to begin my first term as the Governor of Baltimore-that is Maryland." -- William Donald Schaefer, first inaugural address.

"The caribou love it. They rub against it and they have babies. There are more caribou in Alaska than you can shake a stick at." -- George Bush, on the Alaska pipeline"

I hope I stand for anti-bigotry, anti-Semitism, anti-racism. This is what drives me." -- George Bush

"If I listened to Michael Dukakis long enough I would be convinced that we're in an economic downturn and people are homeless and going without food and medical attention and that we've got to do something about the unemployed." -- Ronald Reagan