CHECKED OUT A NEW BOONDOCKING SITE WEST OF AJO

Without a Moon shining brightly in Wednesday night's early sky it was a treat to once again challenge myself to identifying winter's constellations.  Of course it is Orion who is the big scene stealer this time of year but the Milky Way stretching from horizon to horzon was certainly giving Orion a run for it's money. 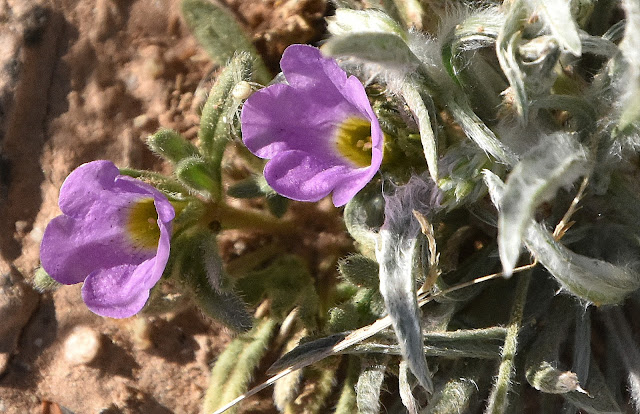 Short walk this morning and I was determined not to take a bunch more 'same-same' photos so only took a few.  We've been in this same spot for a dozen days now and I've fallen into the habit of taking almost the same pictures every day.  Same thing happens to me in Bayfield during the Spring, Summer, and Fall months. I quite often get myself too far over the top in the photo department. 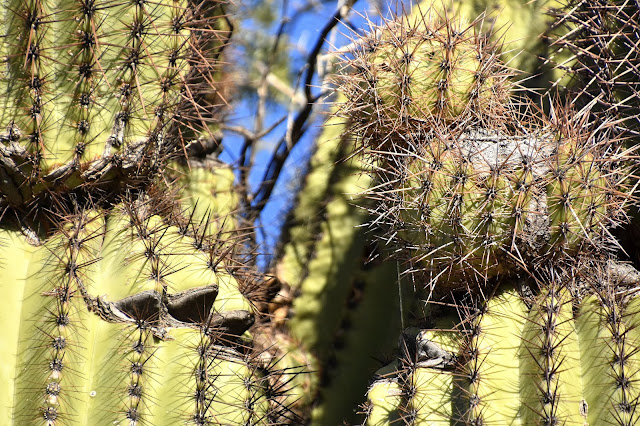 Contemplating a move shortly we headed for Ajo's Darby Well Road this morning in hopes of finding us a new spot in case we get turfed by returning Quartzsite dockers in the next few days.  Slipped out Bates Road at the southwest corner of Darby Well Road west of Ajo and checked out Pack Rat Hill/Locomotion Rock and another spot.  Sites were all taken on Pack Rat and another road east of it.  We did find one great spot but determined it would be too hard a 90 degree climbing turn off Bates Road for our 37' Motorhome to get up into the spot.  Too bad, it had some great views.  Also checked down around Doug Lanning's old favorite spot near Brown Mountain but there were RV's all set up in that area too.  I had really been looking forward to us finding a new scenery spot this morning but it wasn't to be.  Chances are we might be clearing the Why/Ajo area Saturday morning anyway.  Destination unknown.

Thanks to reader Sondra for noticing I had wrongly identified the black colored bird in my Wednesday post.  It is a Phainopepla and not a Pyrrhuloxia.  I have since made the correction to my post.

Back home in Bayfield Ontario winter has been particularly brutal this past week with temperatures well below freezing along with snow storms piling up snow everywhere.  However, there is also a very pretty side to all this nasty weather especially when freezing lake waters combine with strong onshore winds to create a wonderland of ice sculpture fantasies along area shorelines.  Be sure to check out the Furry Gnome's great photos along Georgian Bay Ontario's south end in these two following links.  Shoreline Spray and Ice Curtains.

Another mighty fine weather day for us with warm temps, blue skies, and a light breeze.  So nice to leave the coach door and windows open with the freedom to step outside and soak up a little sunshine or just head off across the desert floor in any direction for a walk.  How the heck did we get so lucky anyway...…….:))
GROANER'S CORNER:(( Harvey's grandfather clock suddenly stops working right one day, so he loads it into his van and takes it to a clock repair shop. In the shop is a little old man who insists he is Swiss, and has a heavy German accent. He asks Harvey, "Vat sims to be ze problem?" Harvey says, "I'm not sure, but it doesn't go 'tick-tocktick -tock' anymore. Now it just goes 'tick...tick...tick.'" The old man says, "Mmm-Hm!" and steps behind the counter, where he rummages around a bit. He emerges with a huge flashlight and walks over the grandfather clock. He turns the flashlight on, and shines it directly into the clocks face. Then he says in a menacing voice, "Ve haf vays of making you tock!"
---------------------
- What is the difference between a flea and a wolf?......One prowls on the hairy and the other howls on the prairie!
- How do you start an insect race?  One, two, flea - go!
- How do you find where a flea has bitten you?  Start from scratch!
- Two fleas where running across the top of a cereal packet?  "Why are we running so fast?" said one  Because it says "Tear along the dotted line" - Why do cows wear bells? Because their horns don't work.
====================