‘STOP MOPING AROUND’ MY MOTHER WOULD SAY TO ME 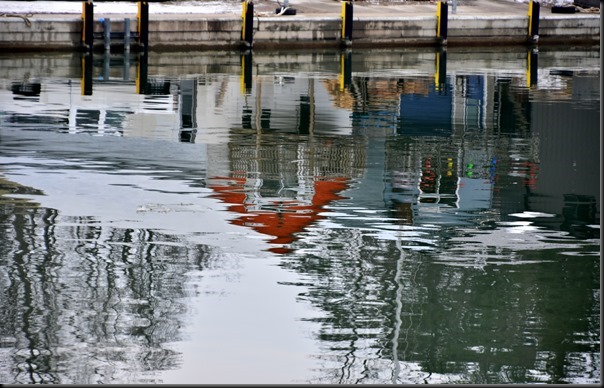 A word from my childhood jumped out at me Wednesday with a suddenness I had to take seriously.  In fact it had me Google it’s meaning.  I was well familiar with the word having heard it from my Mother during winter months in my younger years and did have an inkling what it meant but figured at this late date of 74 I had better look up the official meaning just in case I had missed something.  Okay, here goes…..'Mope’:: ‘be dejected and apathetic’, ‘wander around aimlessly and listlessly because of unhappiness or boredom,’ ‘a person given to prolonged spells of low spirits’, ‘to give oneself up to brooding’.  Oh Dear I thought, and they even had my picture next to the word too.  Well, it’s been with me all my life and I well remember those ‘moping’ winter days from long, long, ago as I would pace around the house forlornly looking out the windows upon cold gray days.  I do think it was something in our family as I grew up with 4 adults in the house.  No brothers or sisters to knock any sense into me when needed.  Seems my Mother, Step Father, Uncle, and Grandfather were all grumbling about the weather at one time or another and probably doing some moping around themselves.  Guess I learned well when I was a kid.  Wednesday’s cold gray and dark day was basically a repeat of Tuesday which of course was a repetition of most all the days before which at that time repeated the week before that following half a dozen repetitive days preceding even those repeated days.  Okay, so that’s enough of all that from the old ‘Mopehead’ here except now I gotta go look up the meaning of ‘brooding’,  It’s spelled with two oo’s, not two ee’s right?? 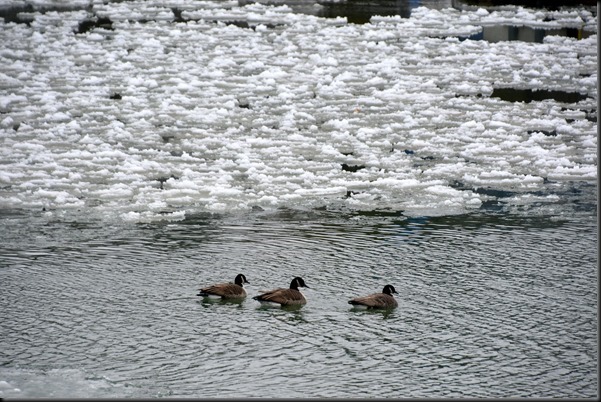 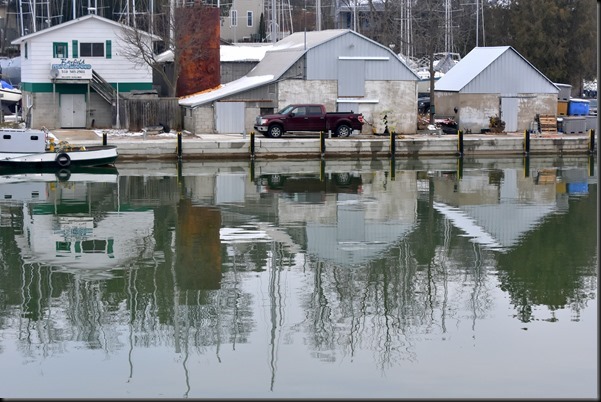 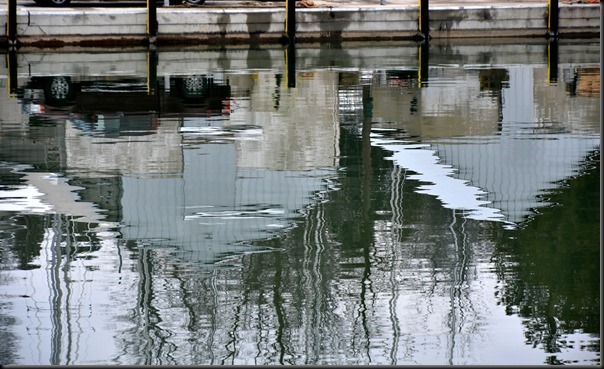 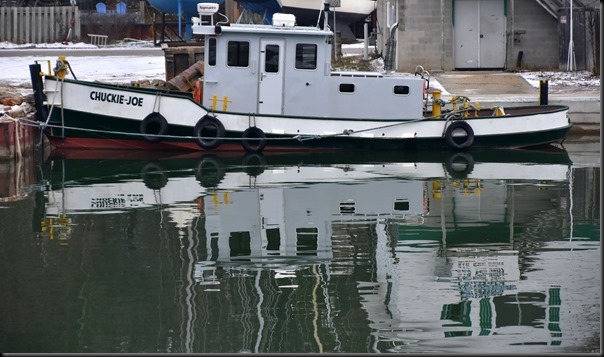 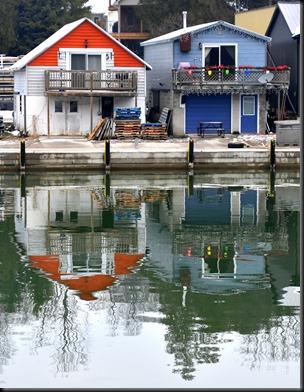 Luckily I didn’t wake up in my usual funk so that was my first plus for the day.  Second plus came when I noticed the outside overcast wasn’t as dark and foreboding as the day before.  Third plus came when our thermometer showed we were finally above the freezing mark.  Not by much mind you but at least it was plus one and we were both heartened by that.  Now you may think we are too sensitive about the weather but check out this short Canadian weather commercial which I am sure was modelled after Kelly and I. 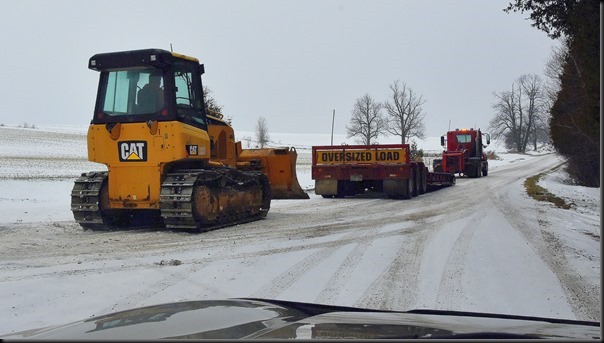 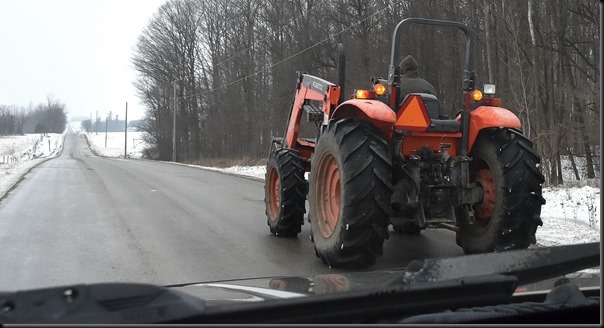 I ONCE LANDED A JOB OUT WEST WORKING ON POLE BARNS LIKE THESE GUYS THIS MORNING…..I LASTED HALF A DAY AND QUIT…..GEE, I WONDER WHY 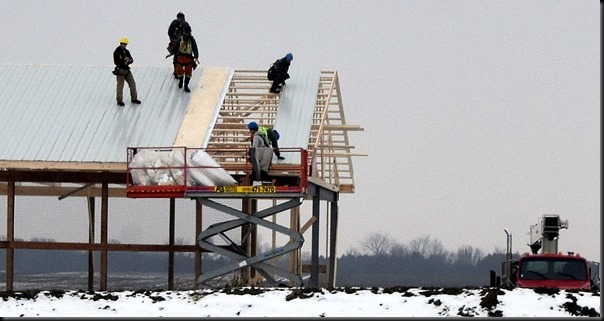 With a coffee to go at Bayfield’s Shop Bike Coffee Roasters Pheebs and I headed off out into the countryside with both front windows down and the heater on.  Noticed right away a grayish blue haze hanging in the air especially noticeable along distant bush lines.  This is always a feeling good sign of temperatures on the rise commonly seen in Spring.  Although we did not see any sunshine all day it was that blue haze and brighter skies that boosted me out of my latest lethargic state.  Think we got up to about 35F today and that was just enough to later get me outside doing some stuff. 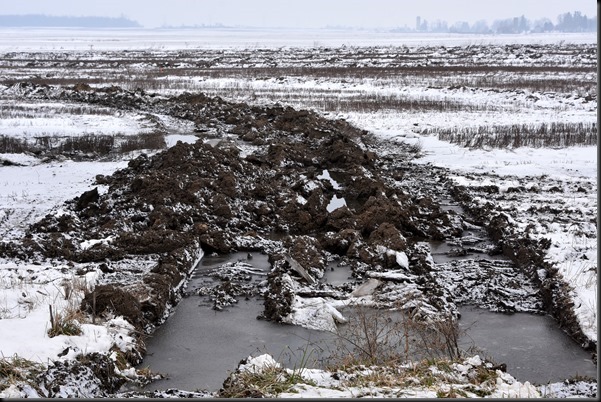 After we arrived home this morning I found myself for the first time in nearly 3 weeks carrying a few things out to the Motorhome.  I began to think ahead  again to the end of the month when we hope to get out of this miserable cold gray and damp weather and head for our beloved Southwest States of New Mexico, Arizona, and California.  It’s been a real roller coaster of feelings these past few weeks and I’ve got to chalk it up to this damn aging thing.  To much thinking and not enough doing!! 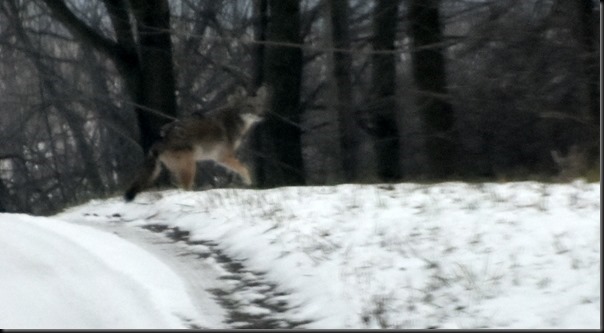 While tracking down a 'Facebook' memory today I stumbled across a post I wrote on December 9th of 2010 entitled, Just Sharing A Few Thoughts Today.  I found it interesting how some of my thoughts over 8 years ago have shifted slightly through the years while most have remained much the same. 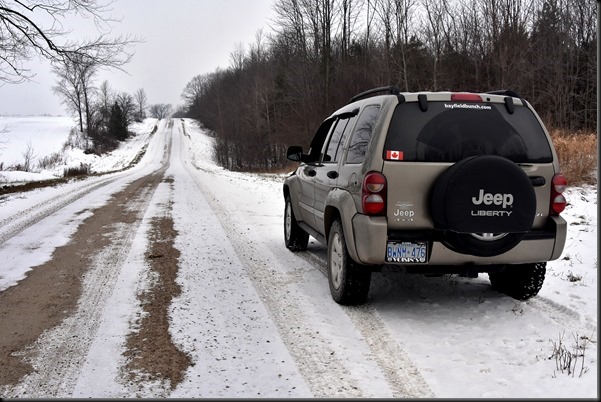 STOPPED FOR A LEG STRETCH 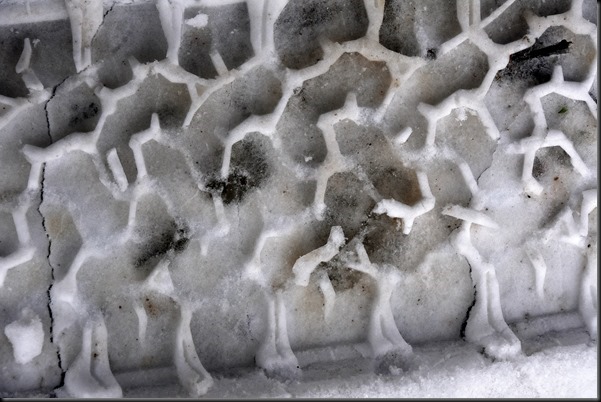 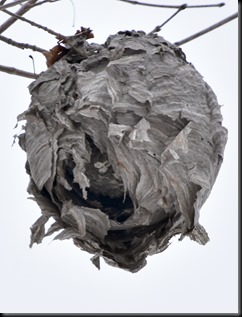 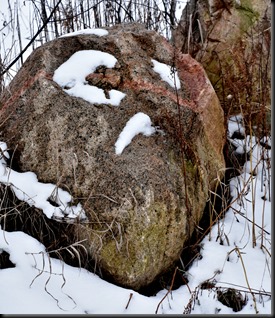 WASP NEST ON LEFT AND IT LOOKS LIKE MR. BOULDERHEAD HAS LOST HALF HIS MUSTACHE

I have wound the counter back to 0 on my ongoing battles with Squirrely and at this point I am still ahead one to nothing.  Squirrelly and his gang have not figured out how to get back on top of the bird feeding station since my last counter move a week ago.  However, Squirrely has figured out how to get onto our wooden suet feeder though so I will have to resolve that little problem shortly.  And it will be resolvable!! 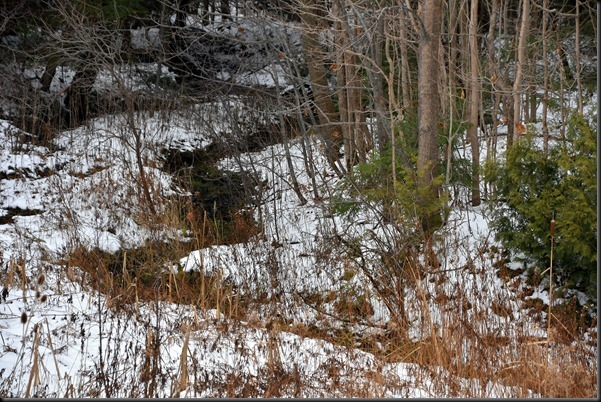 GROANER’S CORNER:((   Two blondes, Carol and Patty, were walking down the street. Carol noticed a compact on the sidewalk and leaned down to pick it up. She opened it, looked in the mirror and said, "Hmmm, this person looks familiar." Patty said, "Let me look!" So Carol handed her the Compact. Patty looked in the mirror and said,"You dummy, it's me!

- What do a hurricane, a tornado, a fire and a divorce have in common? They are four ways you can lose your house!

- What’s the only thing that goes on longer than Christmas?  Harry and Meghan’s wedding preacher.

On Christmas Eve, a long time ago, Santa Claus was getting ready for his annual journey. But this year there were many problems. Four of the elder elves became ill and the younger more in-experienced elves did not produce the toys as quickly, so Santa started to worry that he would not be ready in time. Then Mrs. Claus tells him that her mother is visiting. This makes Santa Claus stressed even more so. When he begins to gather the reindeer for his sleigh, he discovers that three of them are ready to give birth and two have jumped over the fence. The elves begin loading the sleigh and one of the boards of the sled breaks off and the bag of toys falls to the ground dispersing the toys all around. It goes without saying that Santa was not exactly in his best state of mind and slightly triggered. Then the doorbell rings and Santa goes to the door and expects another problem. He opens the door and there is a little angel with a big Christmas tree brought to cheer up Santa. The angel says in a loving tone: "Merry Christmas Santa, is it not a beautiful day today? I have a big beautiful tree for you, is it not a beautiful tree, where do you want me to put it?" And so began the tradition of the angel on top of the Christmas tree. 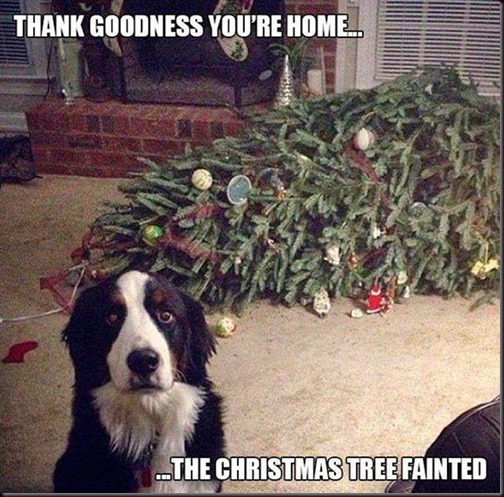