I WAS THE FIRST ONE AT HURON TIRECRAFT  EARLY THIS MORNING

With an 8 a.m. tire appointment for replacement of the Motorhome’s two front tires at Clinton’s Huron Tirecraft I thought for sure I’d wake up to wind driven snow and salt encrusted roads this morning.  The Gremlins must have slept in because none of that happened and I had an Okay drive there and back. 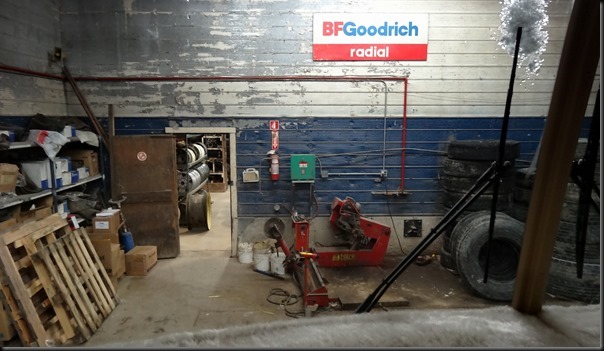 NOSING INTO ONE OF THE TIRE BAYS

Having had trouble with the engine battery lately I had that checked and of course was told the rig was in need of a new battery so had that done as well as a new set of windshield wipers which I knew we needed for sure. 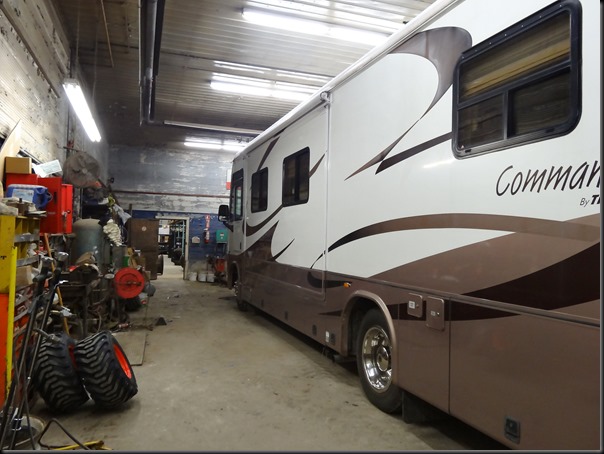 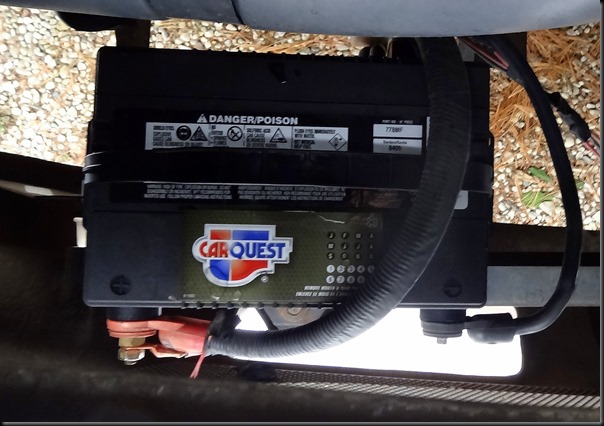 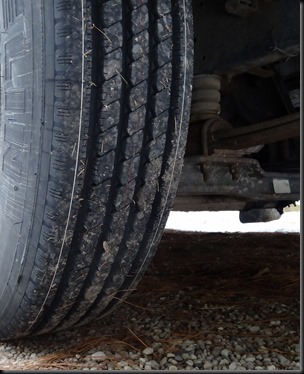 With breakfast in mind at Kate's Station I headed south out of Clinton on highway four and immediately noticed how much better the rig drove, not that I thought it didn’t drive good before but I did notice right off the bat a pleasant improvement somewhere.  Glad to feel the 40mph ‘shimmy’ was now gone as well.  By the way, my breakfast at Kate’s Station was the best breakfast I have had around these parts for a very long time.  And real potatoes instead of those standard assembly line deep fried generic ‘tater tots’ most places have. 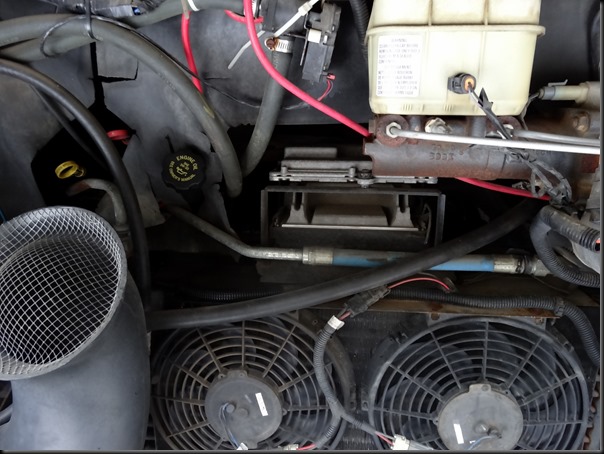 THE FRONT OF OUR CHEVY 8.1 VORTEC ENGINE

Driving the big rig home this morning I remembered a couple months ago when Mike and Dee dropped by to have a look at our ‘For Sale’ Motorhome.  I posted about that day and mentioned later about the Gremlins at work when I couldn’t open the dash top to show the folks how accessible everything was behind the speedometer cluster, radio, and heater, etc.  Then the engine battery died, had trouble getting the big slide in, some trouble with the side steps, and then of all things the engine light came on when we took it for a drive.  Would you believe that engine light has not ever come on since and had never come on before Dee and Mike had it out for a test drive.  It was as if the Big E was throwing a little tantrum saying, ‘no I don’t wanna get sold I wanna stay with you guys and Pheebs and go back to the deserts and mountains of the Southwest again’.  Well I don’t know………….and I can’t think of any other logical answer.  Can you?? 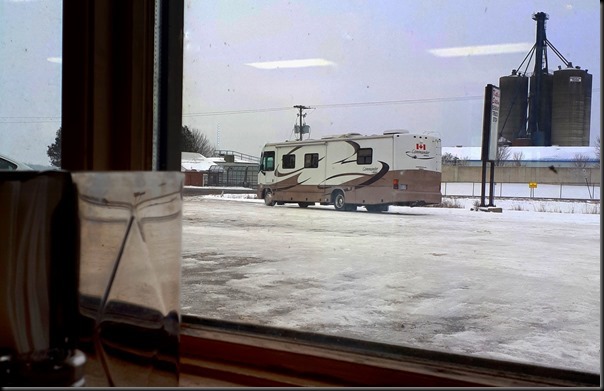 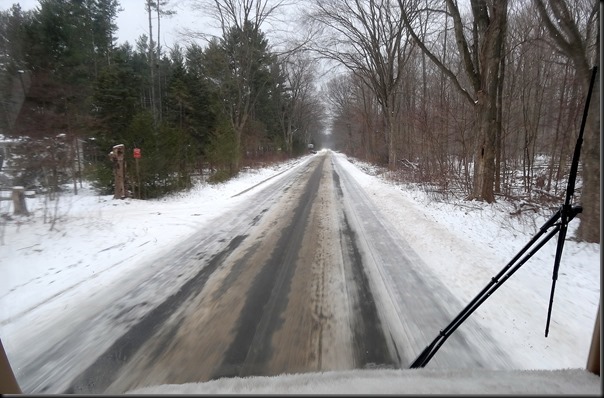 A phone call late this morning from my good buddy Richard sure lifted my spirits on yet another cold gray day.  In his short sleeve shirt standing in sunshine under a cloudless Georgia sky he phoned just to see how I was doing.  I thought that was very special of him to do that and when I hung up the phone I jumped out of my chair and did a couple of cartwheels across the floor.  Well, let’s just say I did those cartwheels in my mind eh:))

I think if these gloomy weather days of ours get any darker we are all soon going to have to wear miner's helmets just to see where we're going.  I don't think I can recall so many constantly cloudy days but then again, with the exception of last year at this time, we really haven't been around this area for the past dozen years.  Just another reason, despite all the 'what ifs' to hurry up and get ourselves out of here while we are still physically and mentally able to do so.  It's not just me who finds this miserable weather so damn crushing, it's Kelly as well.  Say you don’t suppose she has been around me too long do ya?? 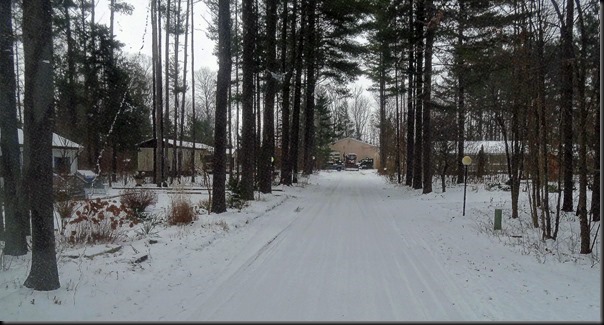 GROANER’S CORNER:(( Things You Should Never Say To A Police Officer::
1. I can't reach my license unless you hold my beer

3. Aren't you the guy from the Village People?

5. I thought you had to be in relatively good physical condition to be a police officer.

6. I was going to be a cop, but I decided to finish high school instead.

8. You're not gonna check the trunk, are you?

A fellow charged with robbing a sporting-goods store asked a lawyer to defend him. "I will take your case," the lawyer said, "if you will assure me of two things: that you are innocent, and that you will pay me $1600."The client thought for a moment, then said, "Will you do it for $400 and a nice set of golf clubs?"