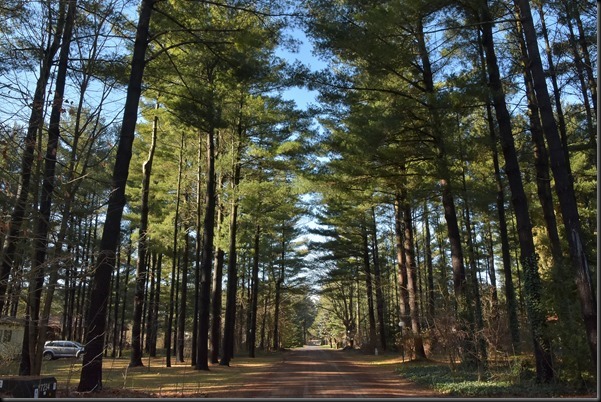 With overnight rains and our temperatures soaring to the mid fifties today I was surprised to find about 99% of our snow gone this morning.  Still cloudy of course but what a welcome change it was to feel milder air:)) 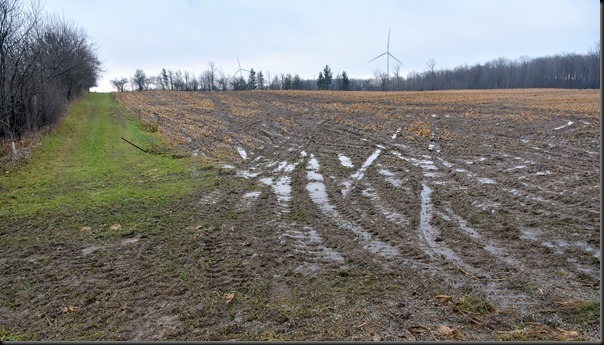 TWO WEEKS AGO THERE WAS CORN IN THIS FIELD AND LAST WEEK THE CORN WAS GONE…..A FEW DAYS AGO IT WAS ALL SNOW AND TODAY,  ‘MUDVILLE’

Expecting soupy country roads I was happy to find that was not the case.  At our slowly plodding speed there was no plume of spray behind us so with front windows down we were able to motor ourselves around without getting too dirty.  Well until we got stuck in the mud that is.  On Pavilion Road we have a favorite leg stretching spot in a small hard packed gravel parking lot in a field just off the road.  Pulling out of that parking lot onto the road is a slight incline and I hadn’t noticed some big tractors and combines had recently churned up the northwestern edge of the lot.  The ground was soft and we bogged down to a halt.  And nope we weren’t going anywhere, unless….…Yep, I slipped Libby into 4 wheel drive and she just walked right out of there like nobody’s business.  Yesireeeee, I love my 4 wheel drive Jeep Liberty alright:))

WE BECAME STUCK  ABOUT WHERE THAT PARKING AREA MEETS THE ROAD

With our snow free countryside looking gray and drab I wasn’t inspired to take many photos again so Pheebs and I simply sauntered along enjoying our freedom to be out and about doing something we both enjoy doing.  And Sunday mornings are always the best because it’s rare we even encounter another vehicle on some of those backroads.  On the way home we stopped into Bayfield’s car wash and hosed all the road grime, salt, and mud off.  Looking good again.  Well at least until we get it all muddied up tomorrow I figure.  But no matter, we are due for a new coating of clean mud anyway. 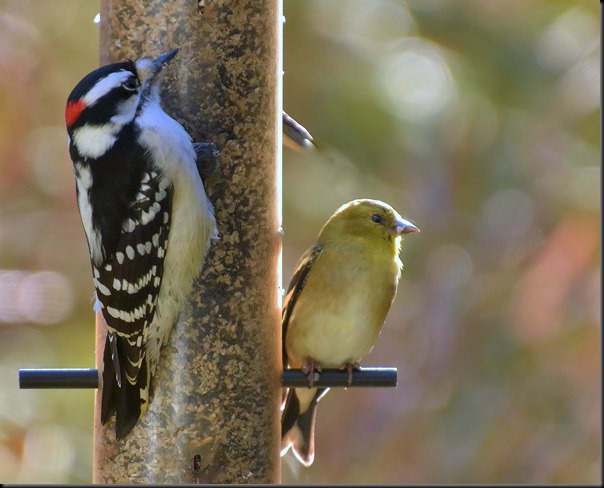 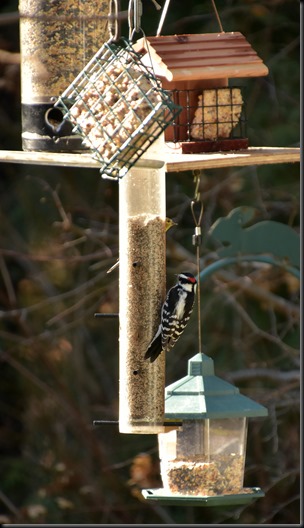 Skies began to unexpectantly brighten shortly after noon with a few shafts of sunlight making their way through.  Wasn’t long before skies were totally clear and by 1 o’clock peering up through our pine trees I couldn't see a cloud anywhere.  Skies were blue, blue, blue.  What a HUGE mental lift that was for me.  It was unbelievable and I had to quickly grab my camera and take a number of ‘sunshine’ photos of this rare phenomena.  One doesn’t understand the absolute healing powers of sunlight until one has been trapped at length under a gray and foreboding gloomy cloud cover.  A fitting example of how it sometimes takes the bad to make one appreciate the good. 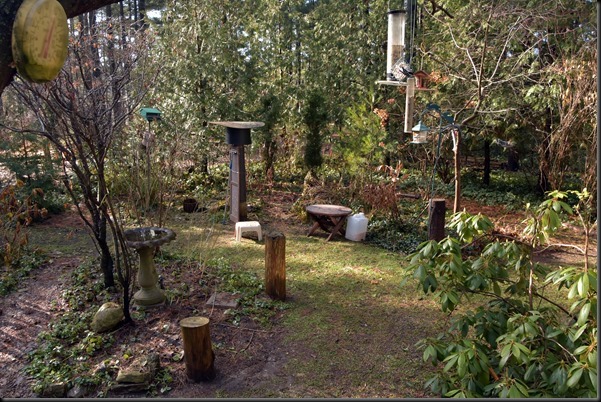 SNOWS GONE AND WE HAVE SUNLIGHT IN OUR FRONT YARD AGAIN 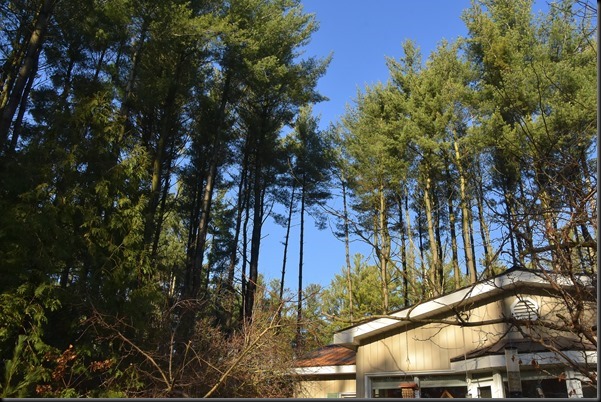 HOLY SMOKES AND WE EVEN HAVE SUN SHADOWS TOO 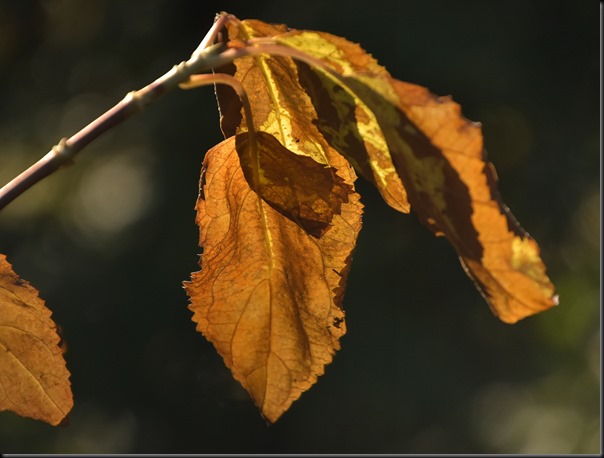 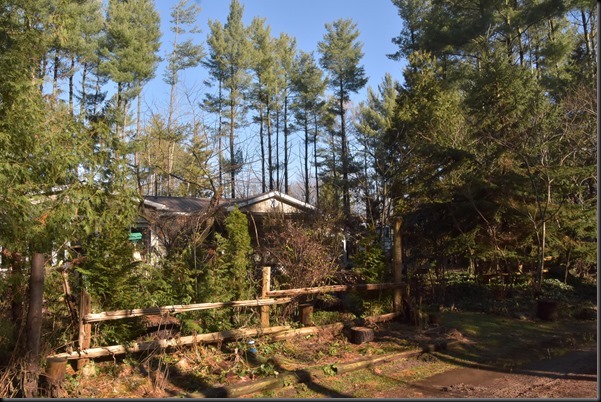 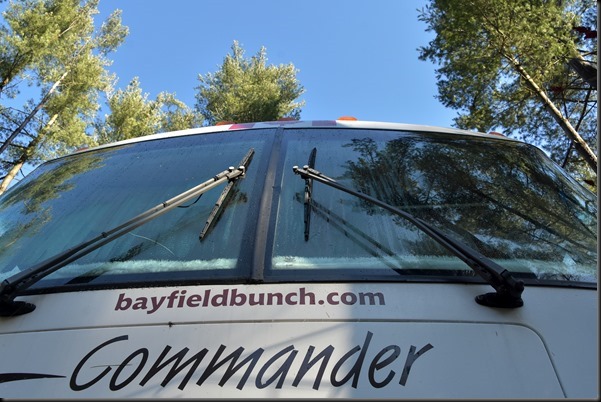 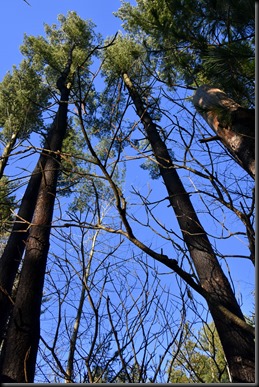 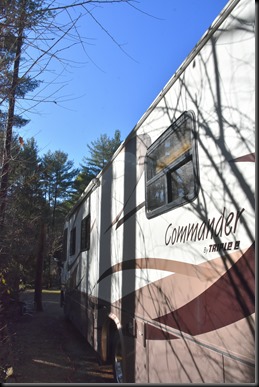 HOW NICE NOT TO HAVE SNOW IN THE DRIVEWAY…..OH PLEASE TELL ME SPRING IS JUST AROUND THE CORNER 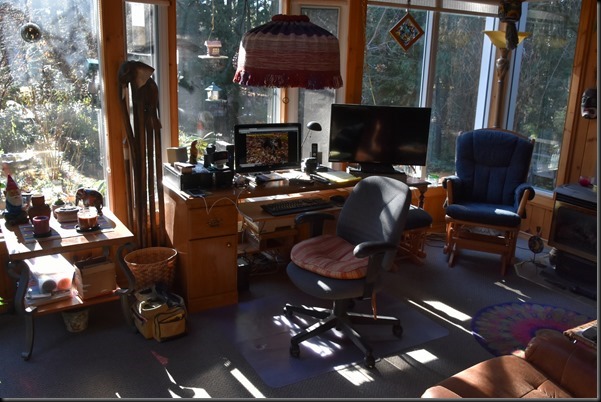 AND I LOVE ALL THOSE CHEERY LITTLE SUNSPLASHES IN THE SUNROOM 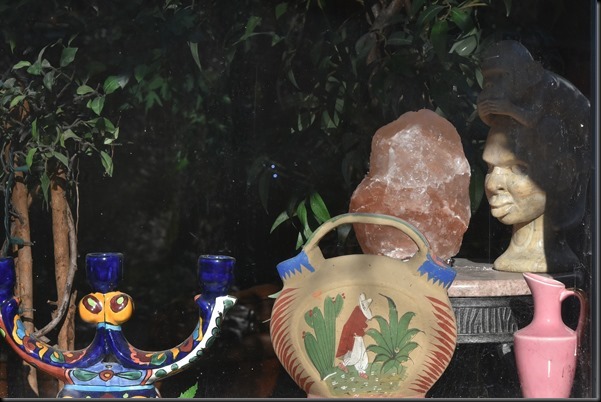 LOOKING THROUGH OUR SUNNY SUNROOM WINDOW FROM OUTSIDE THIS AFTERNOON 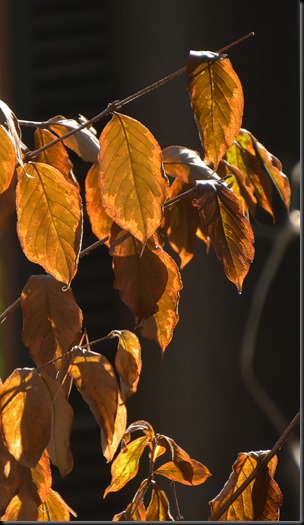 ‘However;…………by 2:30 we were completely clouded over again and an hour after that with thunder booming across our skies it became dark enough for our light activated lights to come on.  A storm advisory had been issued and we had us a few good blasts of rain.  Still stormy and raining tonight as I post this.  Still some thunder wandering about too.  But no matter, I at least had a sun fix this afternoon and despite it being short it was just enough to give me a great big ‘feeling good’ shot in the arm:)) 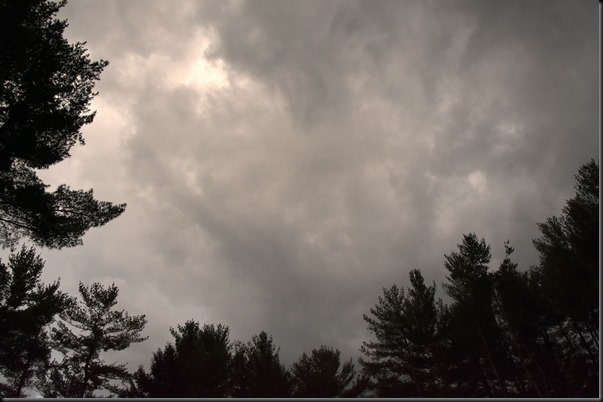 BY MID AFTERNOON FAST MOVING THUNDERCLOUDS PACKING RAIN WERE UPON US 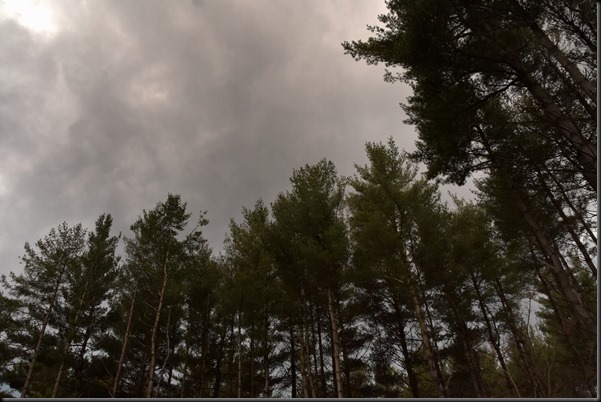 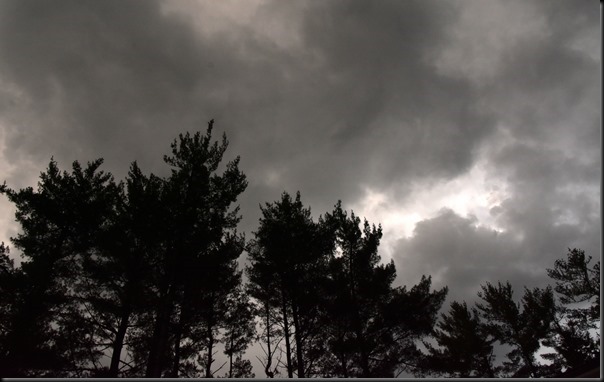 In a comment on my Saturday night post Jo asks the question, 'Is the Big EE all packed and ready to go'?  Short answer to that question is no.  After an initial burst of loading things I backed off a couple days later and figured I had better wait until after Wednesday of this coming week.  I have two medical appointments back to back Tuesday and Wednesday.  Separate issues but either one of them could throw a monkey wrench into our travel plans.  Figured there was no point in loading up anything else in case I have to turn around and unload it all again.  We'll see how Tuesday and Wednesday turn out then go from there. 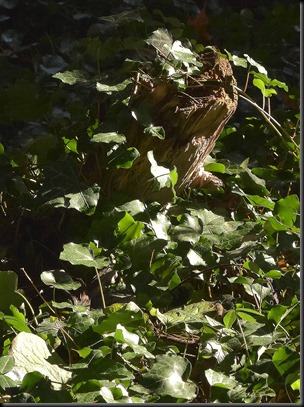 Sometimes Santa will fall down a chimney. Then he's Santa Klutz.

Q: What is a webmaster's favorite hymn?  A: Oh, dot com all ye faithful!

Q: Did you hear that one of Santa's reindeer now works for Proctor and Gambel?   A: Its true . . . Comet cleans sinks!

Q: What's a good holiday tip?  A: Never catch snowflakes with your tongue until all the birds have gone south for the winter.