ENERGIZED BY THIS MORNING’S BLUE SKIES AND SUNSHINE 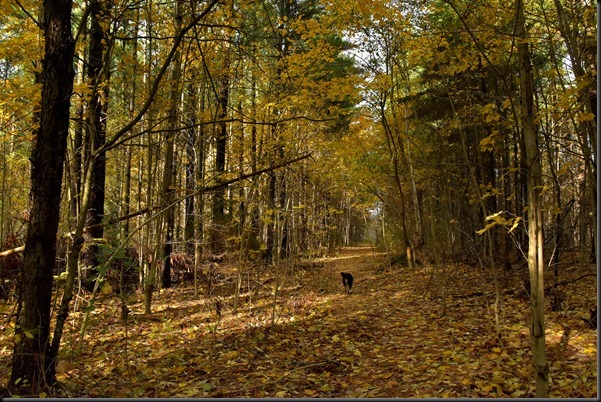 AUTUMNS GOLDEN GLOW IS IN THE AIR

And yes we remembered to turn our clocks back last night.  Stepping out with Pheebs shortly after 5 a.m. this morning I was encouraged to see a myriad of twinkling diamonds peeking through the needled green limbs of our tall pine trees.  It was a most welcome start to a soon to be clear sunny day for a change.  Well half a day anyway. 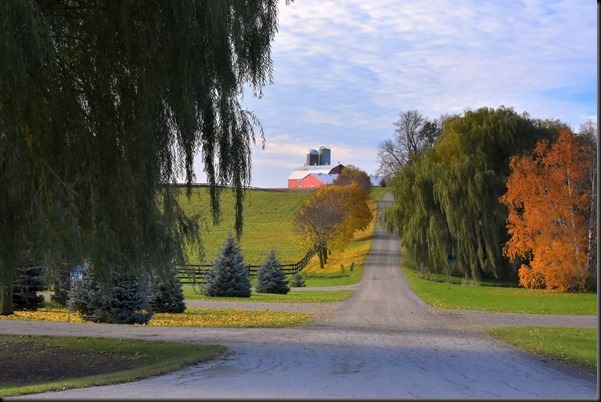 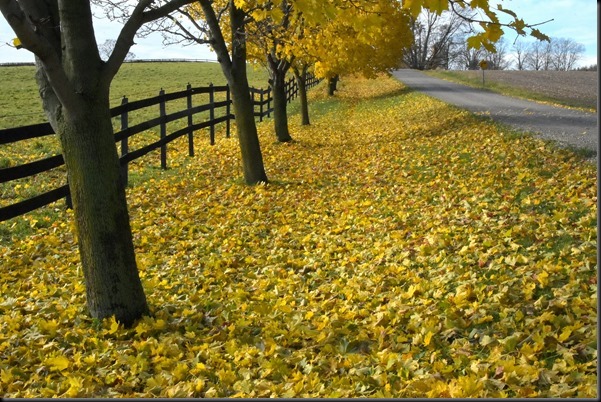 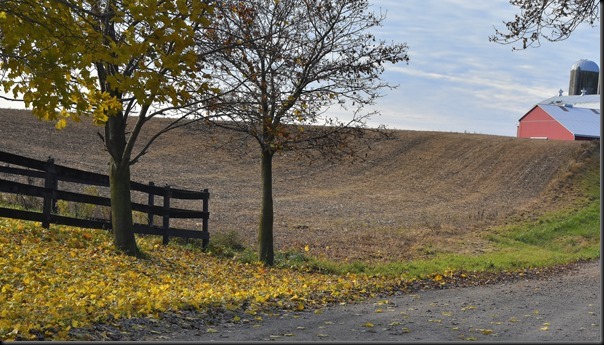 Bolstered by this morning’s sunrise Pheebs and I headed east over to the Hullett Marsh but once again there were too many hunters banging away so walking anywhere was not an option.  I am so grateful I did not grow up with an interest in hunting. 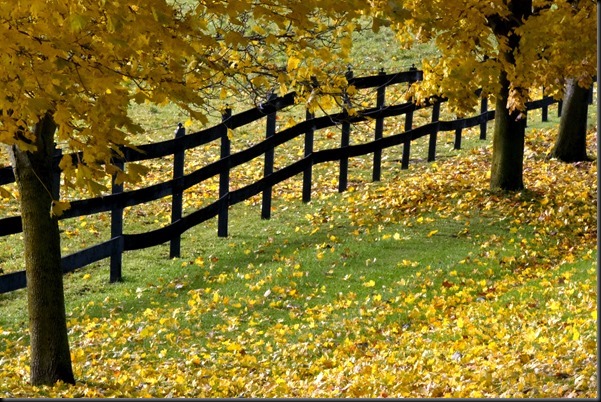 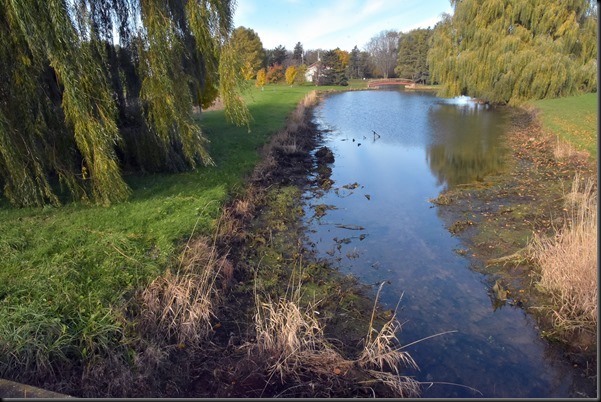 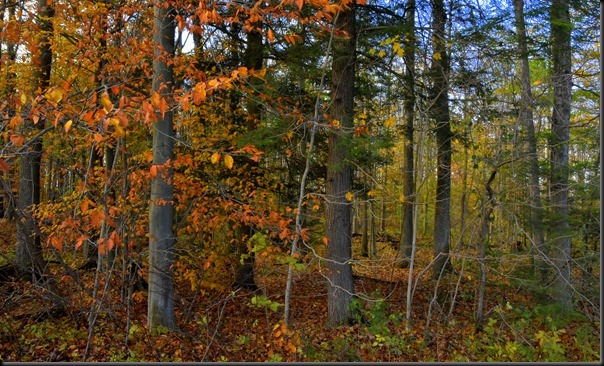 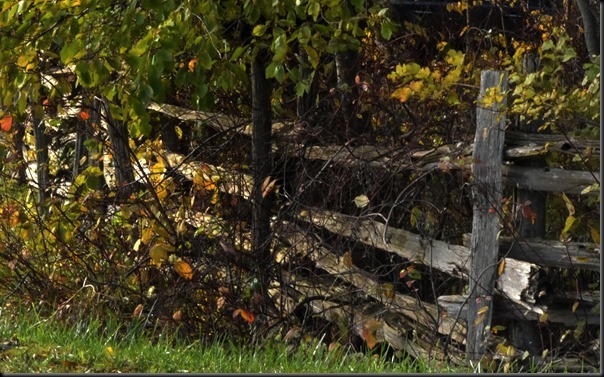 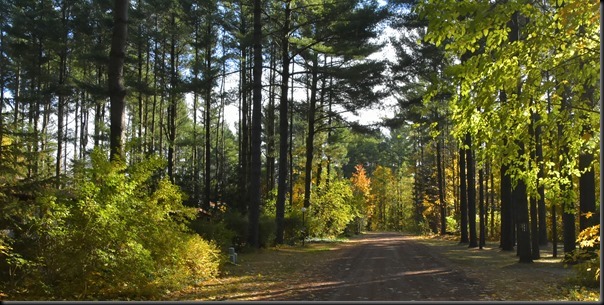 Wandered around half a dozen country roads on the way home taking a few pics along the way.  It was so nice to see blue skies and sunshine and I tried to take in as much of it as I could while it lasted which as it turned out wasn’t long. 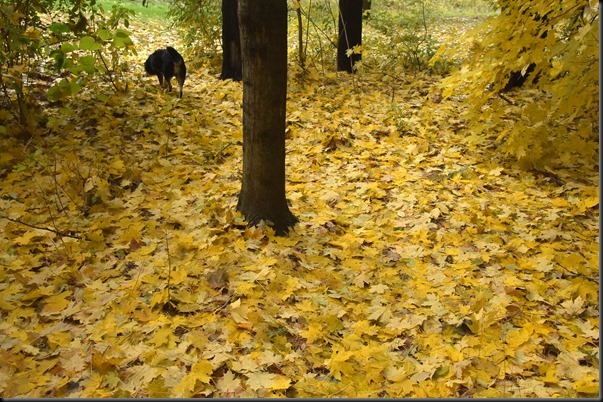 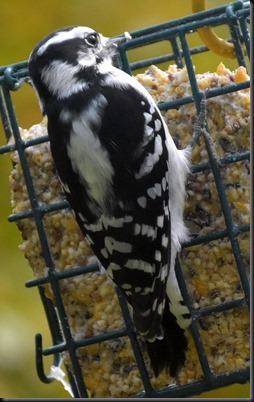 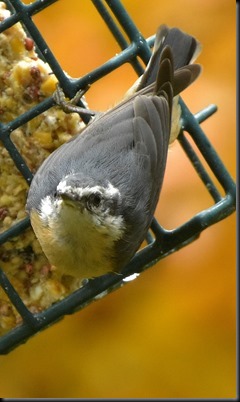 We were back home by 10 and being both mentally and physically energized by the morning’s sun I got myself right into some yard work.  Had brought home a clump of straw to put in the center of the front yard frog pond.  It will provide shelter for a few of the frogs I didn’t catch for release in the Parks larger pond.  The frogs now have a place to burrow into the mud and sand under the straw.  I had put a generous helping of sand in the same spot back in late September.  Also repositioned the pump to keep a section of the pond’s surface water moving through the winter.  I then rigged up a cover for two thirds of the pond that should protect the 3 Goldfish in there too.  Both Kelly and I worked away at trimming back and cutting out old leaves and stalks in the flower beds.  Always a good feeling to accomplish something that needs accomplishing. 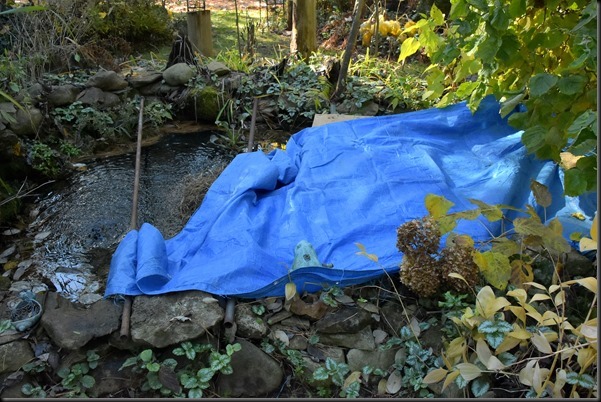 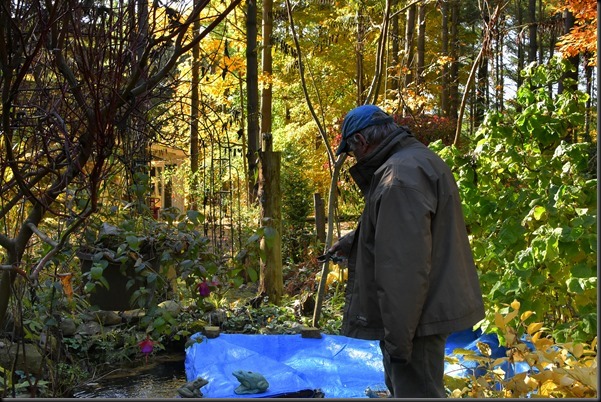 NO THOSE ARE NOT REAL FROGS

Unfortunately our nice day didn’t stick around and by mid afternoon we were once again back under a heavy cloud cover with cold damp temperatures.  Rain predicted for the next 3 days. 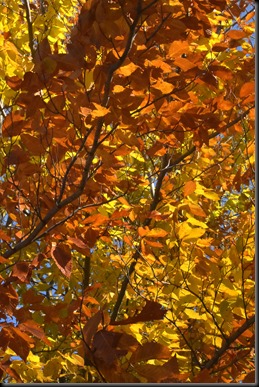 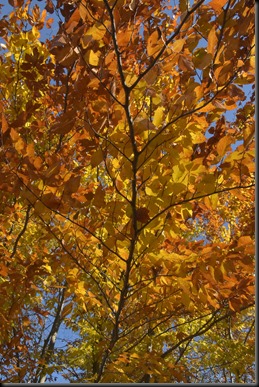 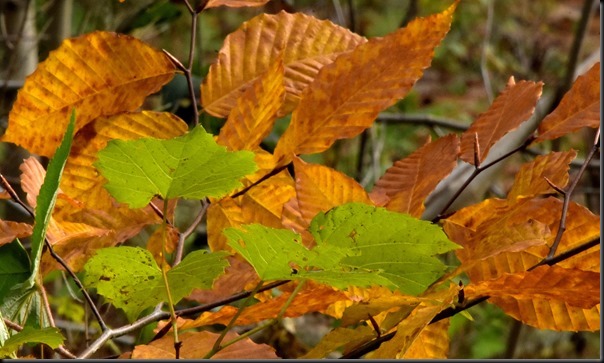 We did talk over various ideas of different ways to return to the Southwest a couple days ago but none of the ideas we discussed gained any altitude.  Maybe rent a house in Ajo or someplace for a month and drive the Jeep down.  Nawww, that didn’t light our fire.  Fly down??  Nope, no interest in doing that and besides we would never put Pheebs into a crate in the belly of an airplane.  Get ourselves a smaller RV and mainly stay in RV Parks.  The smaller RV remains a possible option for us but RV Parks do not!! 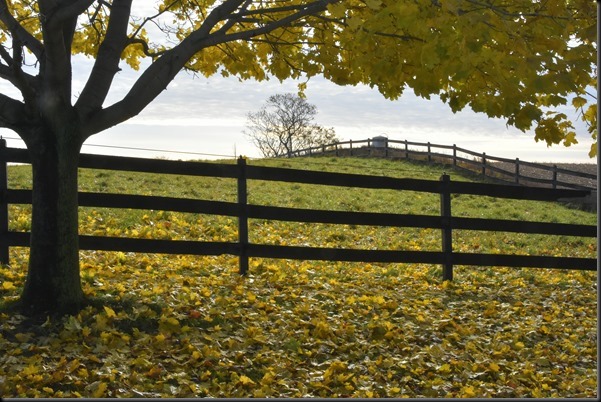 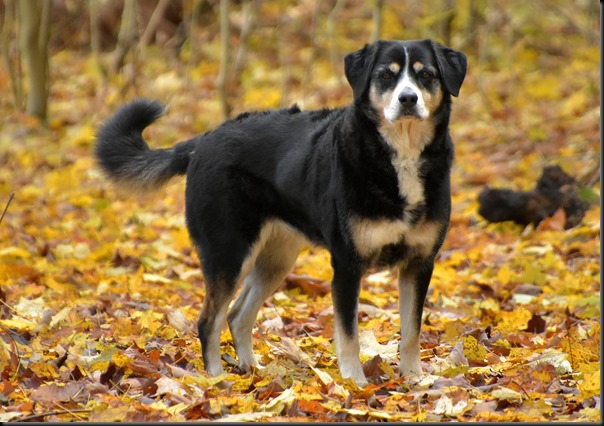 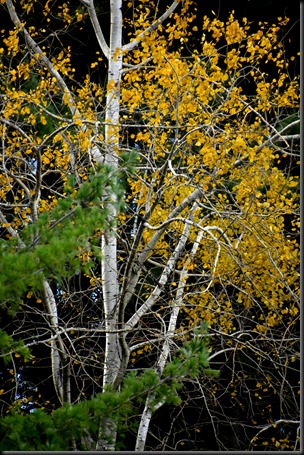 Neither one of us has changed our minds about RV Parks since our first couple months on the road back in the Fall of 2006.  On our way to the Southwest that year we stayed in maybe half a dozen RV Parks along the way and we weren’t long in deciding that if that was the way we had to travel then we might as well pack in the whole RV thing.  Fortunately we had an option and after switching from a truck and 5th wheel in the Spring of 2007 to a Motorhome we didn’t waste any time in the Fall of 07 getting ourselves to California’s Slab City where we had a solar system installed at The Sun Works by Solar Mike himself.  And from that day on we never looked back as we stepped into the wonderful world of boondocking freedom.  If you type the word ‘boondocking’ into the Search bar at the top of my blogs right hand column you will get a whole host of posts I’ve written over these past dozen years with paragraphs here and there about my thoughts on boondocking as well as photos of our many boondocking sites especially in Arizona and California………………………. 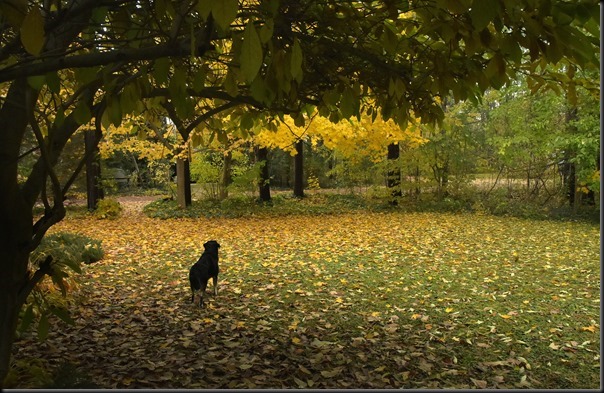 GROANER’S CORNER:((  A man suffered a serious heart attack and had bypass surgery. He awakened to find himself in the care of nuns at a Catholic hospital. As he was recovering, a nun asked how he was going to pay the bill. He replied, in a raspy voice, "No health insurance." The nun asked if he had money in the bank. He replied, "No money in the bank." The nun asked, "Do you have a relative who could help you?"He said, "Just a spinster sister, who is a nun." The nun, slightly perturbed, said, "Nuns are not spinsters! Nuns are married to God." The patient replied, "Then send the bill to my brother-in-law."

Q. Why is it so hard for women to find men that are sensitive, caring, and good-looking? A. Because those men already have boyfriends.

Because our new refrigerator was taller than our old one, I told my wife I'd have to cut away part of an overhanging cabinet to make it fit.  Not wanting to mess it up, I called a local radio home-fix-it program for advice.  I was in the middle of getting the instructions when my wife burst into the room.'You won't believe this,' she said, 'but there's a guy on the radio with the same problem!'