With a constant patter on the roof we knew it rained most all night.  In the morning it didn’t seem quite as cold as Tuesday.  Had the big wheels rolling by 8:40 and 7 minutes later we were at the Canada/U.S border.  The State of Maine and  and the town of Calais lay on the other side.  We crossed from St. Stephen New Brunswick to Calaise with little effort.  However it’s a very small crossing and I would not recommend anyone bringing a large Motorhome, Fifth Wheel, or Travel Trailer through here.  Only reason we were able to make the tight turn is because we didn’t have the Jeep on back.  The young girl border person was very nice and came on board to have a look around.  She was able to take 3 lemons with her when she stepped out of the coach. 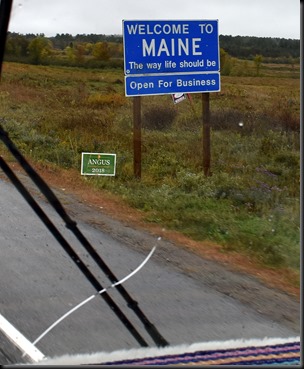 Under low overcast skies clouds sometimes hung low enough to drag themselves across the road leaving us in a fine mist at times.  But at least we did not run into any rain anywhere today for a change.  In fact we even had us nice little Sun Splash around 1:30 which tickled my left arm with it’s warmth. 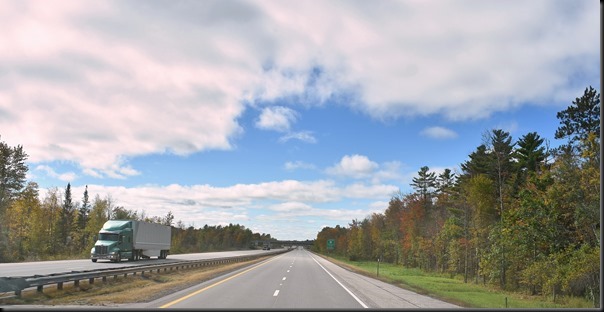 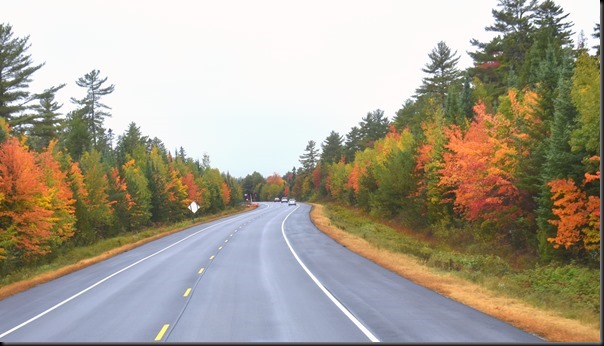 From the border in Calais we took highway #1 to #9 which in turn led us to Bangor Maine where we climbed onto Interstate 95 and followed that all the way to South of Biddeford.  Traffic on I-95 was not heavy, the road was good and we just breezed right along without any problems. 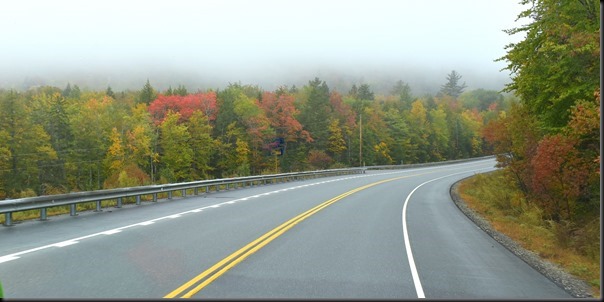 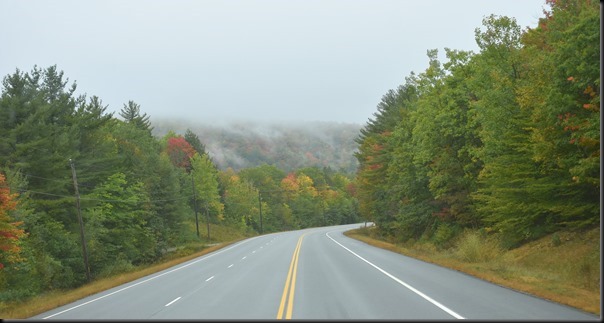 West off I-95 onto highway 111 we followed that to #202 which in turn led us to Rochester New Hampshire.  It’s kind of a slowpoke route.  Think It was around 3 in the afternoon when we spotted a Lowe’s hardware store in a Mall so decided to call it a day and pull in.  We have overnighted at Lowe’s stores before.  We do have a Lowe’s Wifi signal here so I will see if tonight’s post will publish.  If it doesn’t then you will know it didn’t…………… 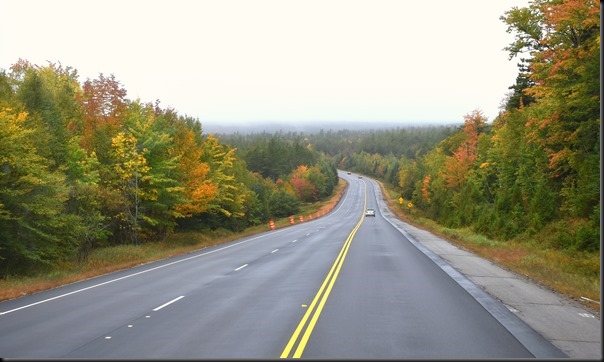 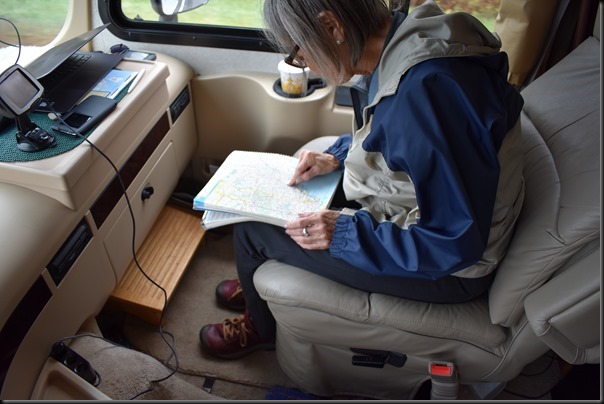 KEEPING US ON TRACK TODAY

All in all it was a good driving day for the most part with dry roads, light traffic, and a cloud cover to block out any sharp sunlight.  Not likely we’ll reach Spencerport Thursday……but we might.  Enjoyed the colored leaves along the way  today and especially along scenic highway 9 north of Bangor Maine.

GROANER’S CORNER:((  A man went to the Police Station wishing to speak with the burglar who had broken into his house the night before."You'll get your chance in court," said the Desk Sergeant."No, no, no!" said the man. "I want to know how he got into the house without waking my wife. I've been trying to do that for years!"

“The electrician switched careers to become a tailor because he knew how to fix shorts.”

Just changed my Facebook name to 'No one', so when I see stupid posts I can click like and it will say 'No one likes this'.