I SURE AM NEEDING SOME SUNSHINE 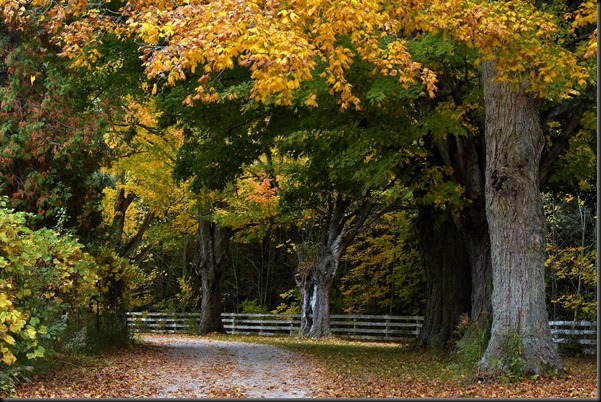 Despite a very gray, dull, overcast and cold depressing morning Pheebs and I cranked up the Jeep anyway and quickly cracked on some heat.  It's that time of year after all and I suppose we had better get used to it.  Would have been nice to see some sunshine though.  Also very windy this morning. 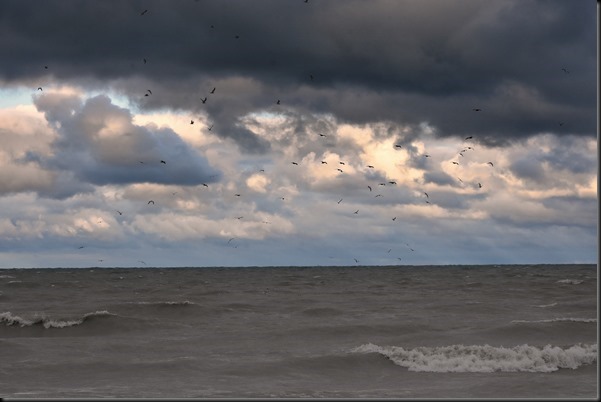 SEAGULLS HANG ON  WESTERLY WINDS OVER A CHILLED LAKE HURON 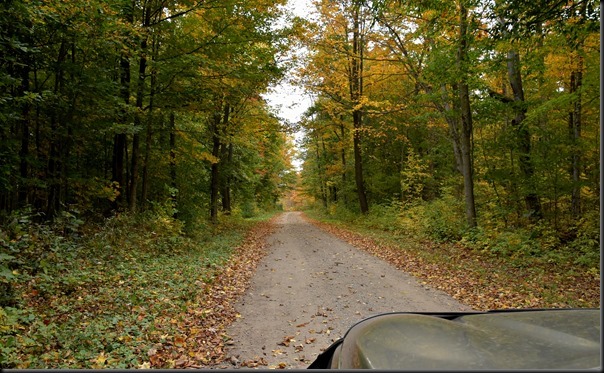 THIS IS WHAT I MEAN ABOUT BEING ‘BACK IM MY ELEMENT’ 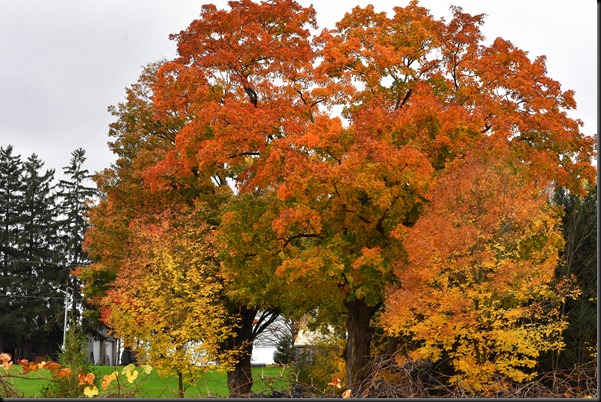 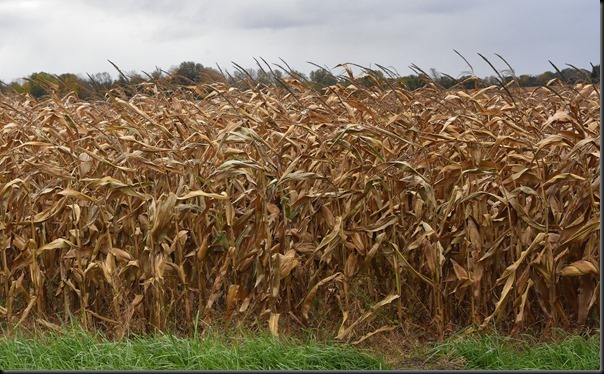 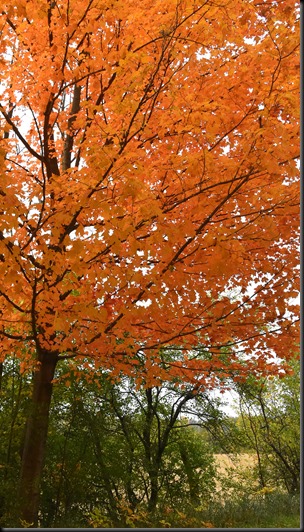 Not just feeling the best again so we didn’t go too far.  Wandered around Southeast of Bayfield for a bit thinking how much nicer Autumn’s leaves would look with some sunshine bringing out their colors.  Took a few pics anyway. 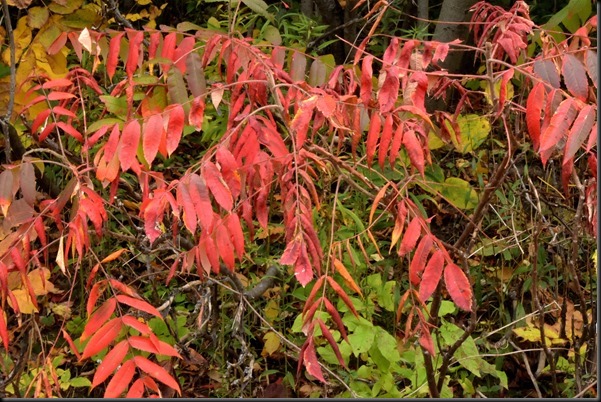 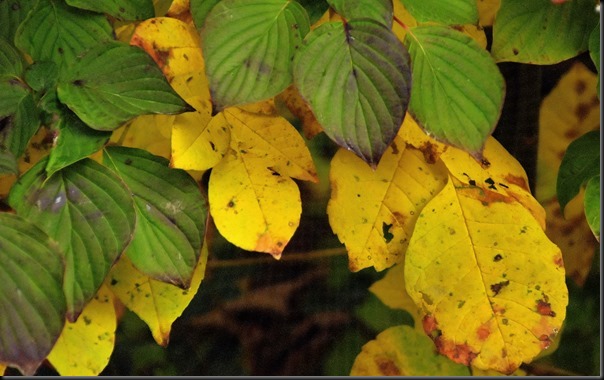 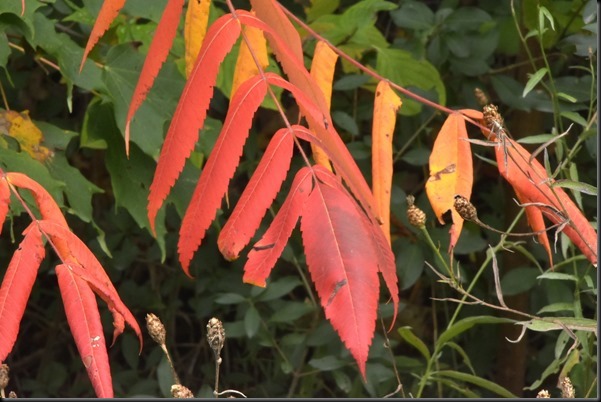 Cold rains were upon us by mid morning and we headed for home.  Still having some bouts of dizziness so stuck pretty close to my recliner for the rest of the day. 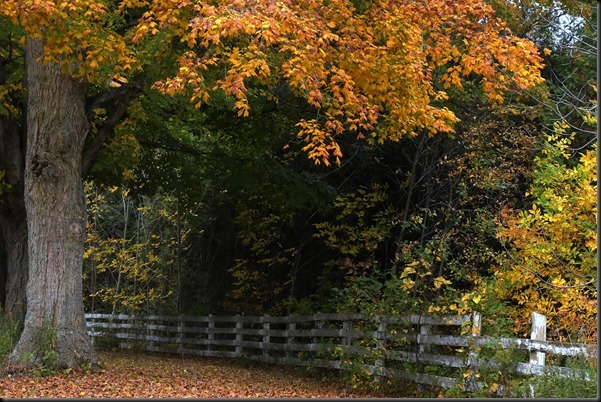 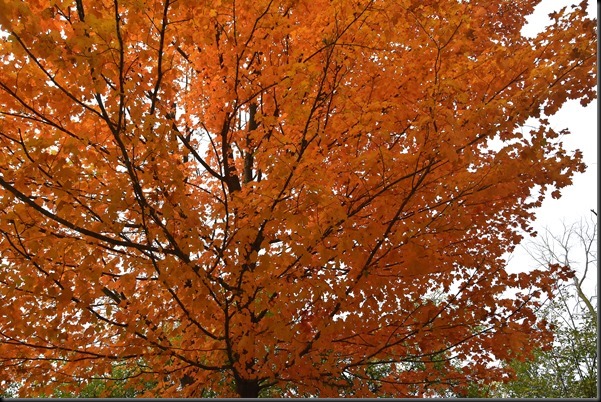 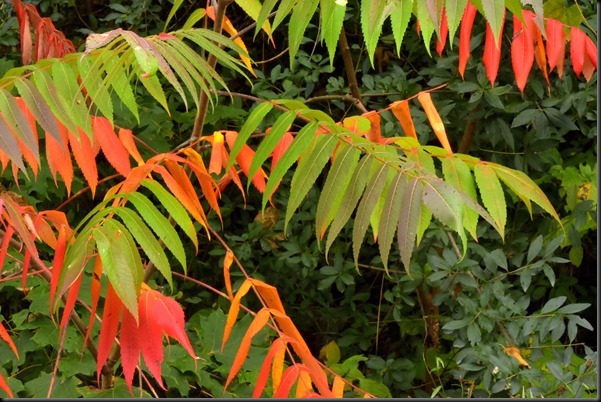 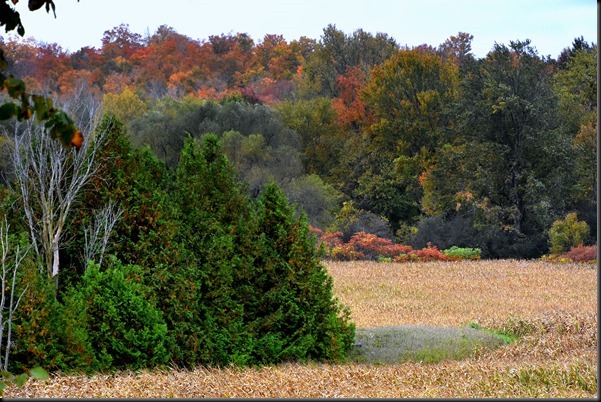 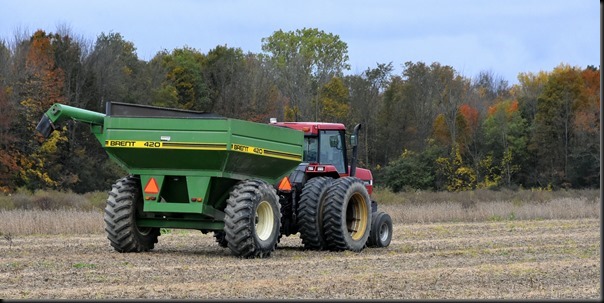 THIS BEAN FIELD HAS RECENTLY BEEN HARVESTED

Having emptied the Motorhome Thursday we sure have a lot of stuff sitting around which is going to take some major re-organizing if we’re going to get it all put away properly.  First time in over 12 years we haven’t had another RV to transfer much of that stuff into. 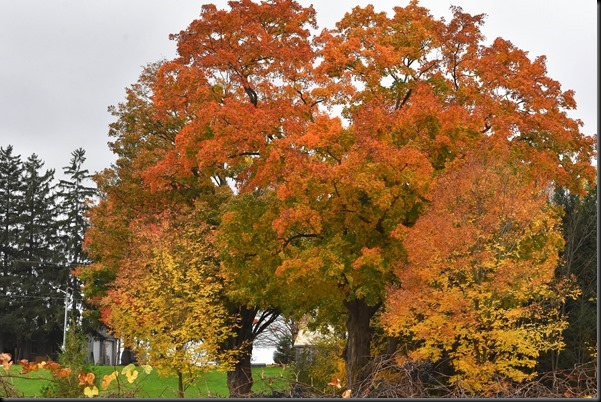 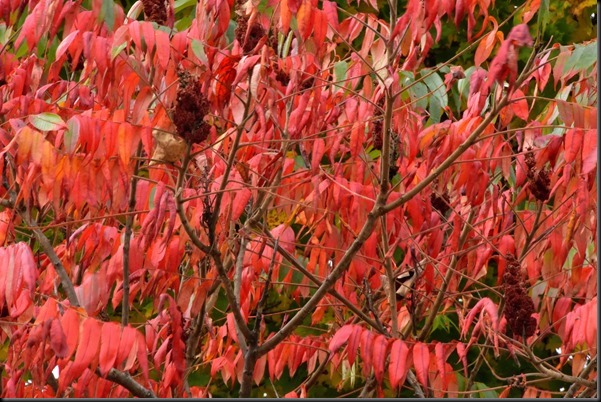 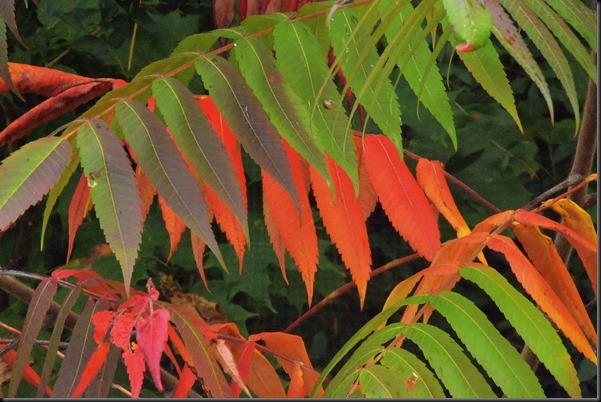 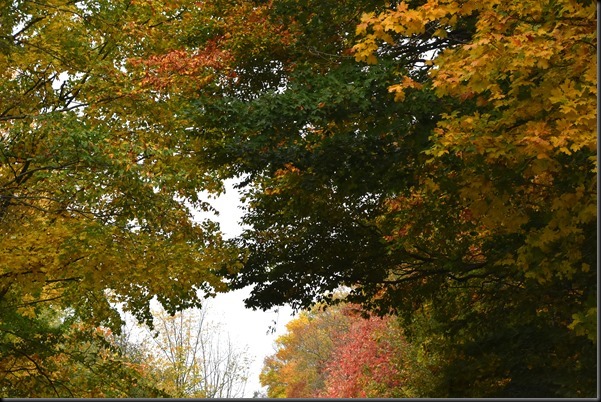 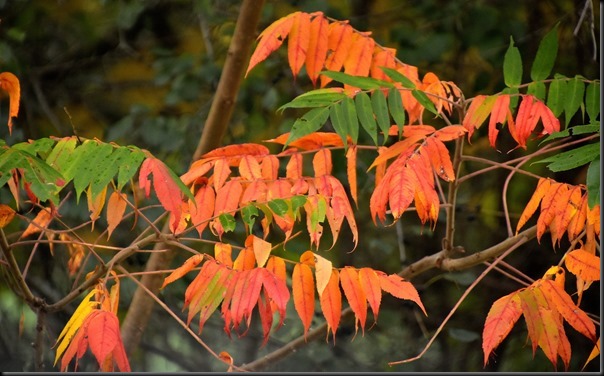 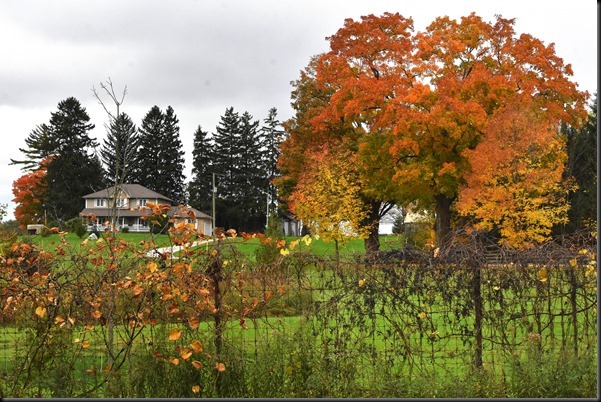 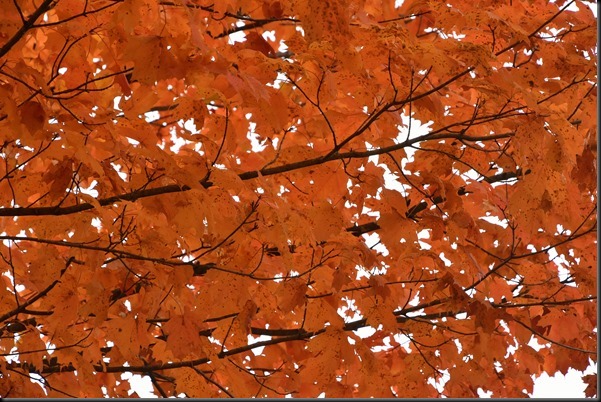 GROANER’S CORNER:(( Why did cavemen draw pictures of hippopotamuses and rhinoceroses on their walls?  Because they couldn't spell their names!

What is the noisiest game?  Squash - because you can't play it without raising a racquet!

Where do flies go in winter?  To the glass foundry to be turned into bluebottles!

Why did the king go to the dentist? To get his teeth crowned!"

Tell me" said the tourist to the local yokel. "Will this path take me to the main road?"  "No sir!", replied the man. "You'll have to go by yourself!"

Why are you covered in bruises?  I started to walk through a revolving door and I changed my mind!

How do you prevent a Summer cold?  Catch it in the Winter!

A man goes to the hardware store to buy some insecticide. He holds up a box and asks: "Is this stuff good for beetles?" "No," says the manager, "It'll kill 'em."

A third-grade teacher was instructing her students in some of the wonders of nature and ended by saying, "Isn't it wonderful how baby chickens get out of their shells?" An eight-year-old, showing more curiosity than the rest said, "What gets me is how they got in."