BEEN SICK…..ENDED UP IN A HOSPITAL WAITING ROOM THIS MORNING 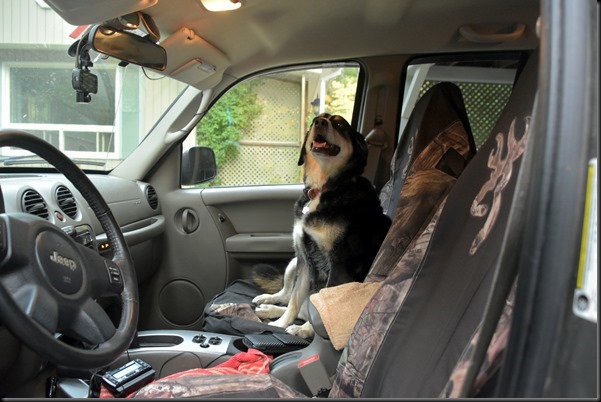 PHEEBS IN THE JEEP TUESDAY MORNING RARIN TO GET ROLLIN:))

It was 8:10 this morning with Kelly in the Jeep's driver seat and me on the passenger side.  We were headed for the emergency room at Goderich's Alexander Marine And General Hospital.  Early Tuesday afternoon while unloading the Motorhome I began to experience dizzy spells.  I kept on working until one of those dizzy spells finally got worse and didn't go away.  Managed to get myself back into the house and that was the end of the day for me as far as getting anything else done.  Mainly spent the next 18  hours in my recliner.  Sometimes the room would spin on me and sometimes remain normal.  Feelings of nausea.  Had this happen to me 3 years ago and it was diagnosed as Vertigo.  ( Benign paroxysmal positional vertigo. (BPPV) is the most common vestibular disorder and occurs when loose calcium carbonate debris has broken off of the otoconial membrane and enters a semicircular canal thereby creating the sensation of motion.) ---- There is a procedure called the Epley Maneuver which can alleviate this and we tried it Tuesday night but must have done it wrong because I became dizzier than before then started throwing up.  Overnight I slept well but the problem was still with me this morning so it was off to the hospital we went.  Still feeling very nauseas.  After a number of preliminary tests the Doctor had me lay down on a bed with my head hanging over the edge and did that head bending maneuver.  There wasn't the quick relief I had experienced before with this same procedure three years ago but I did feel a touch better.  We were back home around 10 and I went straight to my recliner again.  I didn’t have any room spinning today but every time I got up to walk I felt dizzy.  Still shaky on my feet, tired, can’t turn my head too fast, and no energy whatsoever to get anything done. 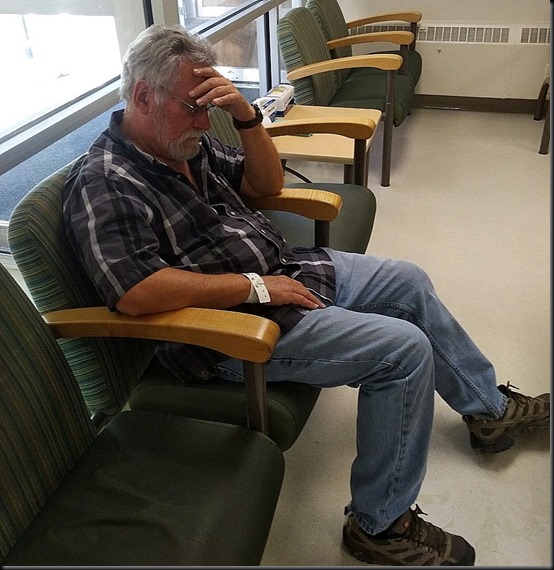 Now to backtrack to Tuesday morning.  Pheebs and I didn't waste any time getting ourselves out the door and into the Jeep.  Minutes later we were cruising through the country side and I thought to myself, 'we are back in our own element right where we belong.' Through McD's we went for a coffee to go and down right away to the harbor to make sure all the water was still right there in the lake.  Yep, Lake Huron was looking as great as ever with it's aqua blue waters.  Had hoped to go for a walk but we had rain in the air.  Grabbed an armload of veggies at Zehr’s Supermarket in Goderich to resume my Sounds Yukky - Tastes Yummy shakes and headed for home. Started unloading the Motorhome and that's when the dizzy spells began. 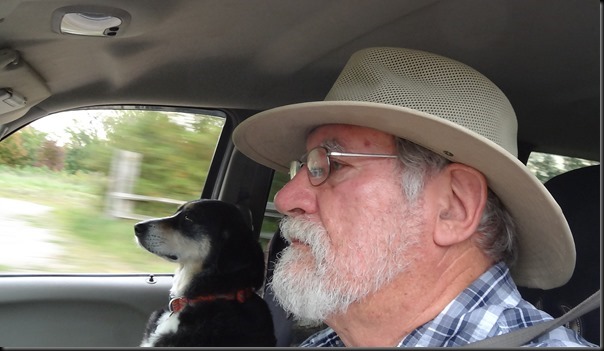 ON THE ROAD AGAIN

SO GRRRRREAT TO RESUME OUR COUNTRY ROAD MORNING JEEP RIDES

Thought I would write a short post Tuesday night but when I looked at the computer screen it made me dizzy.  Same thing when I tried to read my Kindle so most of my time was spent sitting with my eyes closed listening to music.

NICE TO BE HOME

Absolute beautiful coolish warm Sun and cloud morning today but of course I missed most of it sitting inside.  And when I miss a nice morning so does Pheebs.  Rain is forecast for Wednesday but if I feel Okay in the morning we'll be out rain or shine. 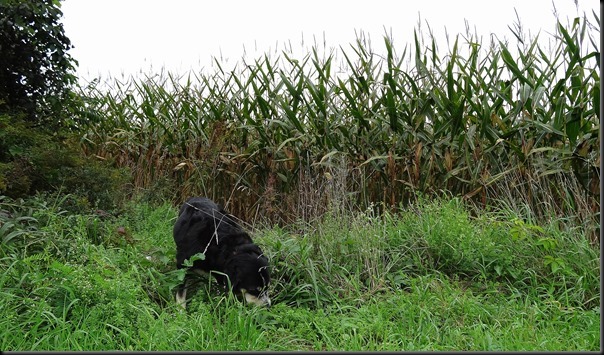 Felt bad that I couldn't be outside helping Kelly as she walked armloads of stuff from the Motorhome into the house.  Although I feel better today than Tuesday I still get a sense of dizziness when I get up and walk.  I’m hoping I’ll feel better Thursday morning.  Got a big clean-up to do on that Motorhome that needs to get done soon as I can. 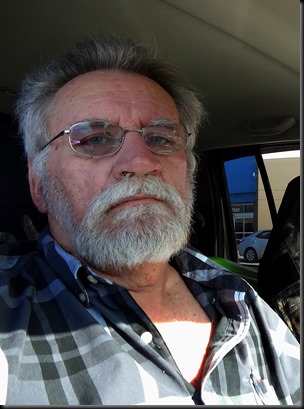 Watching hurricane Michael on TV come ashore at Mexico Beach Florida this afternoon it reminded me of the day last February 18th when Kelly and I drove into Panama City,  south through the Tyndall Airforce Base to Mexico Beach where we stopped and I walked out onto a long pier and Kelly popped into a local eatery for some Seafood stuff.  From there we drove down to St. Joe’s and headed inland.  We were staying a few day at the Pine Lake RV Park along highway U.S. 231.  Here is my post and photos of that day...…. Mexico Beach

I WAS SURE HOPING THEY WOULD HAVE BEEN FURTHER ALONG WITH THIS NEW TIM HORTON COFFEE SHOP IN BAYFIELD….LOOKS THE SAME AS IT DID 3 WEEKS AGO BEFORE WE LEFT FOR THE MARITIMES

At the time of posting tonight I’m still not feeling the best but better than I did Tuesday night at this time.  Oh ya, and it’s raining:(( 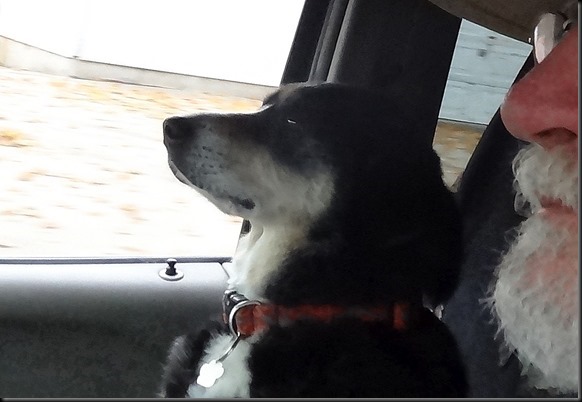 GROANER'S CORNER:((  It was a celebratory mood with the boys at NASA; they had just made the scientific achievement of a lifetime.  As they were uncorking a bottle of champagne, Dr. Werner Von Braun, the head scientist at NASA, asked everyone to be quiet as he had received a congratulatory phone call from the President of the United States.  He picked up a special red phone, and spoke into it. "Mr. President," said Dr. Braun, grinning broadly, "after twelve years of hard research and billions of dollars spent, we have finally found intelligent life on Mars.  "He listened for a second, and his smile gradually disappeared, replaced by a frown.  He said, "But that's impossible . . . we could never do it. . . yes Mr. President," and hung up the phone. He addressed the crowd of scientists staring at him curiously.  "I have some bad news," he said, "the President said that now that we've found intelligent life on Mars . . . he wants us to try to find it in Congress!!"
---------------------------------------

“Farmers engaged in paddy cultivation for generations are genetically ingrained!