COFFEE IN SEAFORTH ONTARIO AND HALF A HOUSE GOT MOVED TODAY 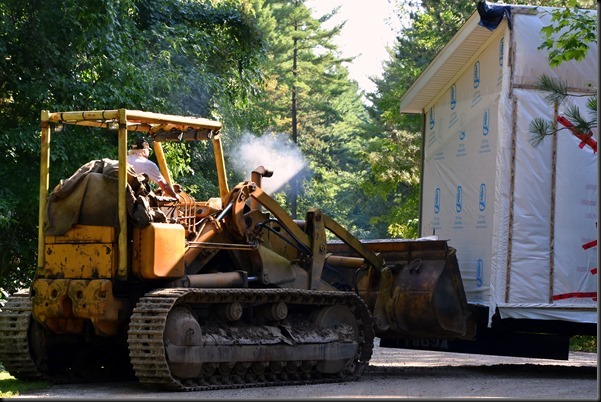 Let me just say right up front that it was so hot and humid today it was beyond ridiculously stupid and I wouldn’t be surprised if we broke temperature records for this day!! 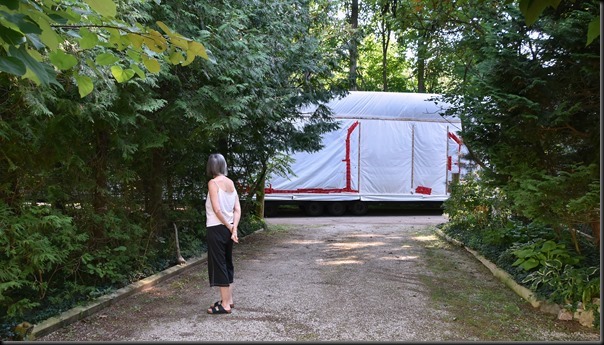 KELLY WATCHES ONE HALF OF THE HOUSE  GO BY

PRETTY TIGHT FIT GETTING THIS 80 FOOT TRAILER AROUND THE CORNER 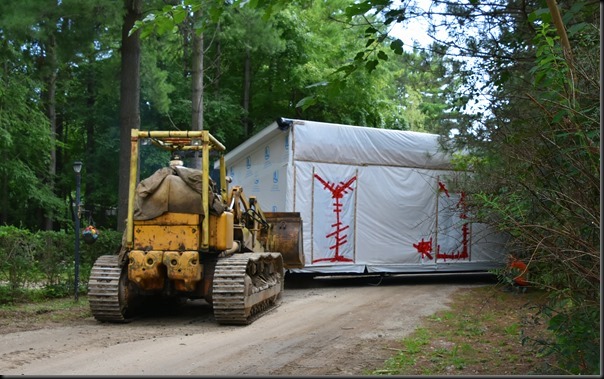 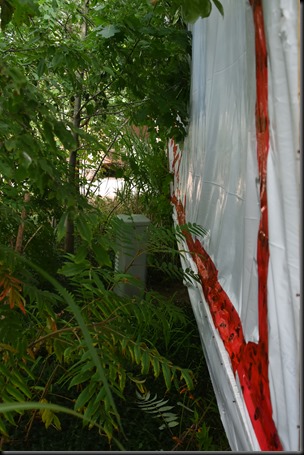 Our little wooden shed in the back yard has been overdue for a new roof and shingles for awhile so Mike, the same fella here in the Park who did our metal shed roof last year is going to do that for us shortly.  Before taking Pheebs for a short drive this morning I moved some things away from the shed in preparation of the roof job.  Even doing that little bit had my skin all clammy. *^%##@#** miserable humidity!!!! 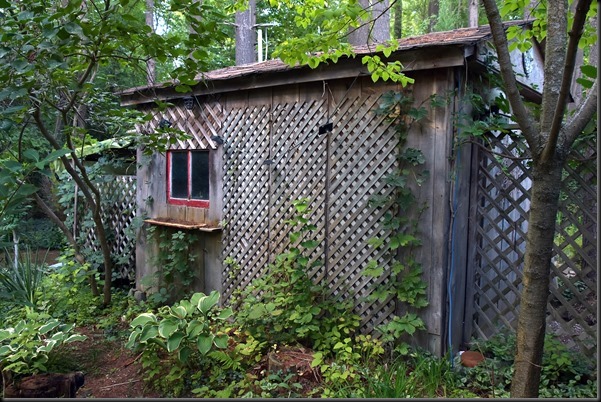 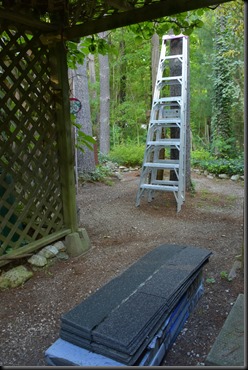 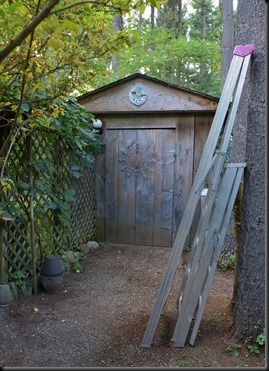 By 8 a.m. it was already too hot to be sensibly outside so I took Pheebs for a short drive around Bayfield and I even popped into the carwash and hosed off the Jeep.  Leaving the carwash my spirits were immediately lifted when next door in the large vacant lot I saw a big yellow digging machine maneuvering around as well as a work truck of sorts farther back in the lot.  ‘Oh boy oh boy, could it be, could it be’……could it possibly and finally be the beginning of the new Tim Horton coffee shop project in Bayfield.  I am encouraged:))

CAR WASH ON THE LEFT, FOODLAND PARKING LOT ON THE RIGHT WITH THE COMING TIM HORTON COFFEE SHOP-GAS COMPLEX  PROPERTY IN BETWEEN WHERE THE DIGGER IS…..YAY TEAM:))

Heading back home around 9:30 I dropped Pheebs off and slowly made my to Seaforth Ontario where at 10:30 I met my long time good buddy Jim for coffee.  Although he hasn’t posted anything in a while you can find his blog at Lifetime Sentences.  We kinda chased around a lot of the old ghosts and of course scared us up a few new ones.  We’re quite the two old Codgers when we get together and not too much less so than when we first started hanging around together over 43 years ago. 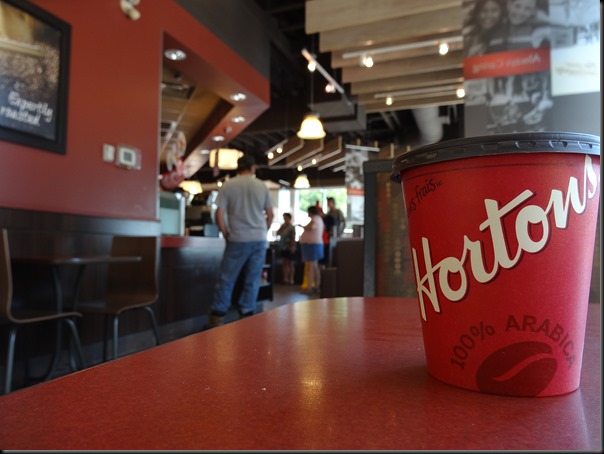 It was early afternoon when I headed home and was curious to see if work had got underway regarding the movement of the house sections in front of our place.  Nope, nothing had moved.  But……at 3:10 I heard the big bulldozer start up and an hour later I saw the first house half begin to move.  Oh Dear, it was quite a time they had trying to make a 90 degree turn through the T-intersection.  There is a cableTV-Internet box on that corner and we came within a couple feet of no TV or Internet tonight. 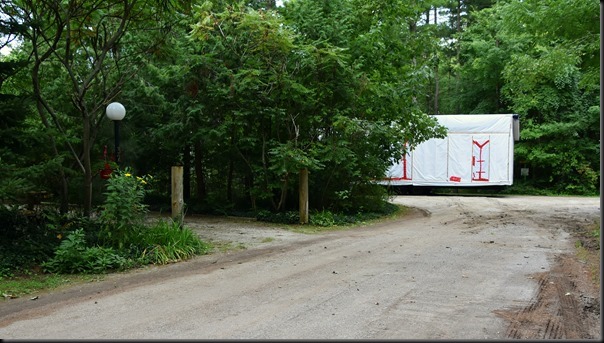 HOUSE IS AROUND THE CORNER, STRAIGHTENED OUT, AND ON IT’S WAY DOWN THE STREET TO IT’S SITE TO THE RIGHT 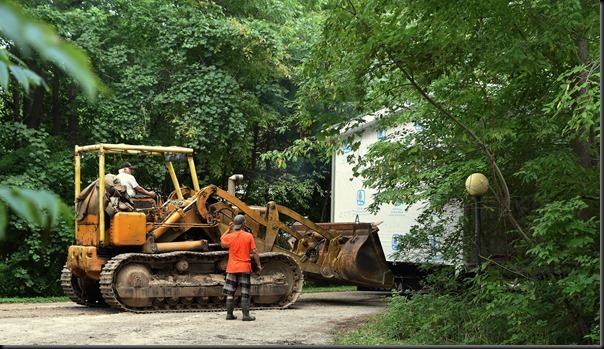 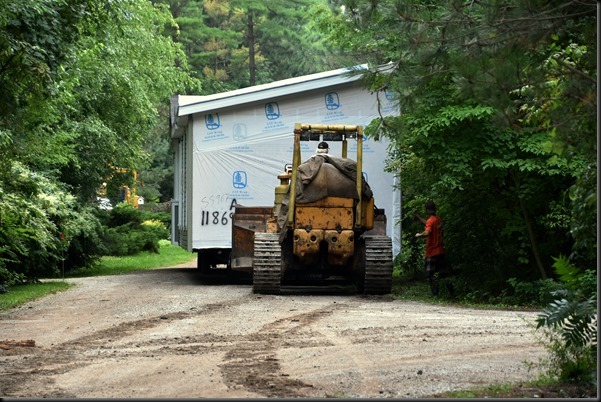 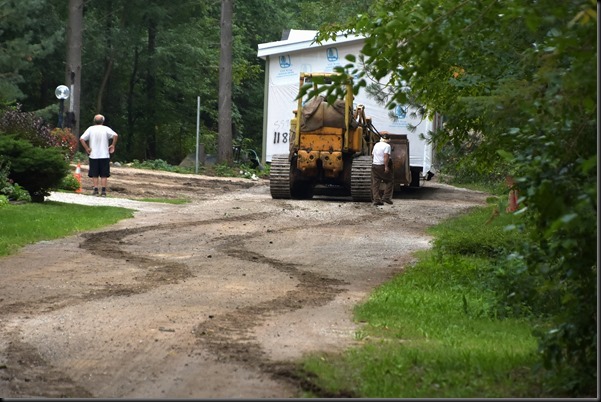 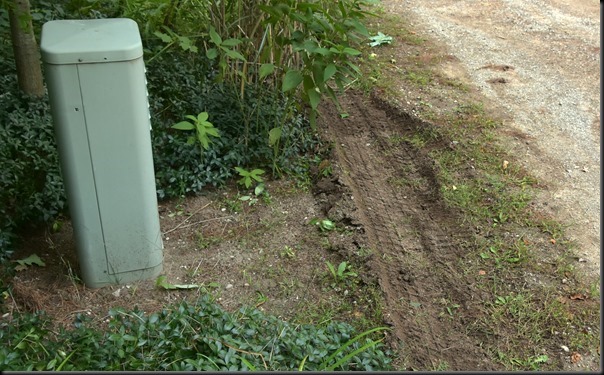 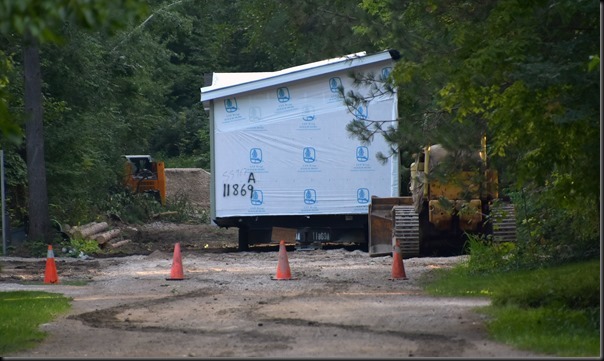 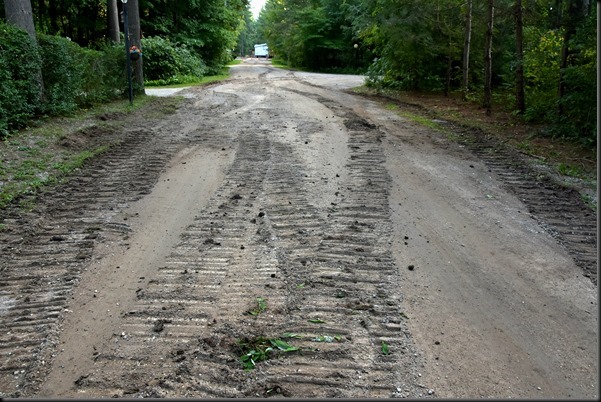 THIS BIG STEEL TRACKED BULLDOZERSCAN SURE CHEW UP ROADWAYS 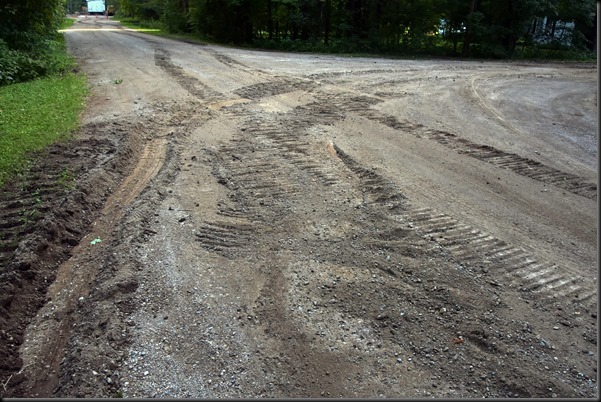 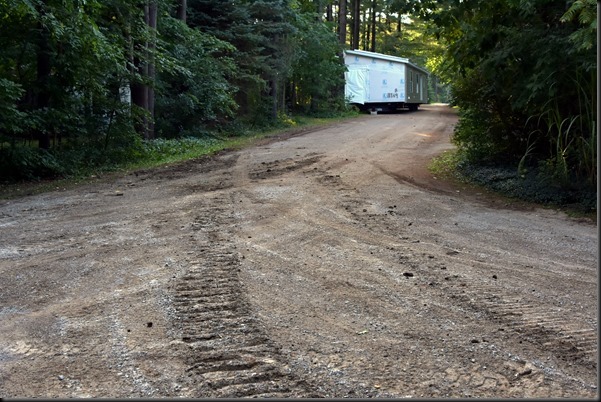 Have to have the Motorhome at the Bayfield Garage by 8 in the morning.  Richard will pick me up there and we will head on out of town for possibly our last bi-monthly country coffee tour.  With a bit of luck maybe we can squeeze in one more next week. 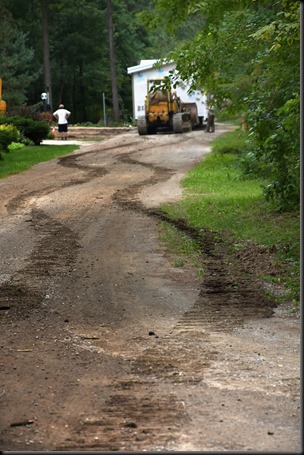 GROANER’S CORNER:((  The two thousand member Baptist church was filled to overflowing capacity one Sunday morning. The preacher was ready to start the sermon when two men, dressed in long black coats and black hats entered thru the rear of the church.  One of the two men walked to the middle of the church while the other stayed at the back of the church.  They both then reached under their coats and withdrew automatic weapons.  The one in the middle announced, "Everyone willing to take a bullet for Jesus stay in your seats!  "Naturally, the pews emptied, followed by the choir. The deacons ran out the door, followed by the choir director and the assistant pastor.  After a few moments, there were about twenty people left sitting in the church. The preacher was holding steady in the pulpit.  The men put their weapons away and said, gently, to the preacher,  "All right, pastor, the hypocrites are gone now.  You may begin the service."

An insurance agent's wife was learning to drive when the brakes failed. "What should I do?" she cried. "Brace yourself, and try to hit something cheap."

A girl was visiting her blonde friend, who had acquired two new dogs, and asked her what their names were. The blonde responded by saying that one was named Rolex and one was named Timex. Her friend said, 'Whoever heard of someone naming dogs like that?' 'HELLLOOOOOOO......,' answered the blonde. 'They're watch dogs'!