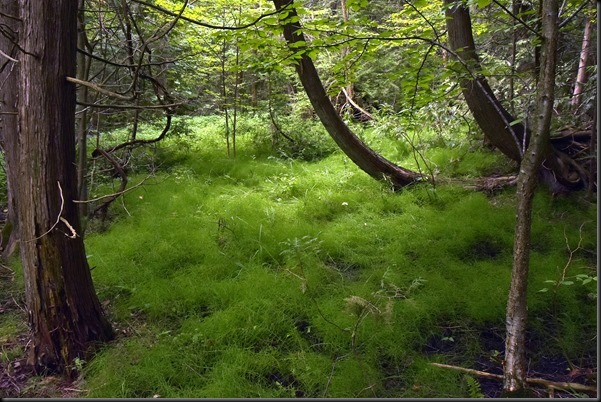 YEP, PHEEBS AND I TOOK OURSELVES FOR ANOTHER FOREST WALK EARLIER TODAY

Stepping outside first thing this morning put a big smile on my face.  It was a (dare I say it) ‘WONDERFUL’ 57 degrees:)) 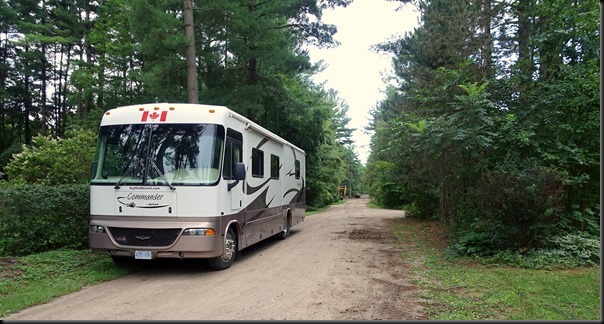 AT THE BAYFIELD GARAGE SHORTLY AFTER EIGHT

Had parked the Motorhome on the road beside our house so I wouldn’t be blocked in by any pieces of on-going machinery first thing.  Shortly after 8 I drove it to the Bayfield Garage with Kelly and Pheebs following behind to pick me up.  I noticed some clunky screechy sounds in the rear brakes. 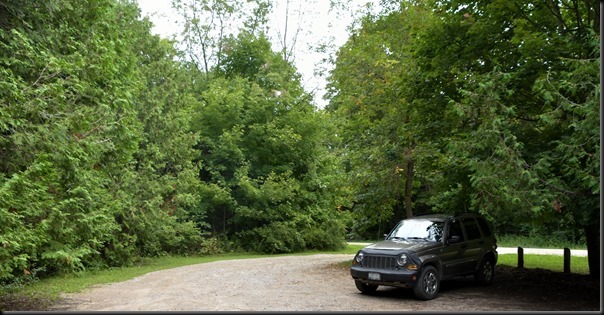 THE BANNOCKBURN CONSERVATION AREA WITH IT’S MANY SURROUNDING CEDAR TREES 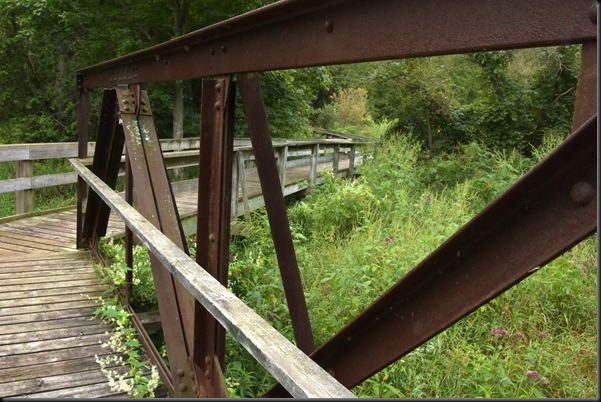 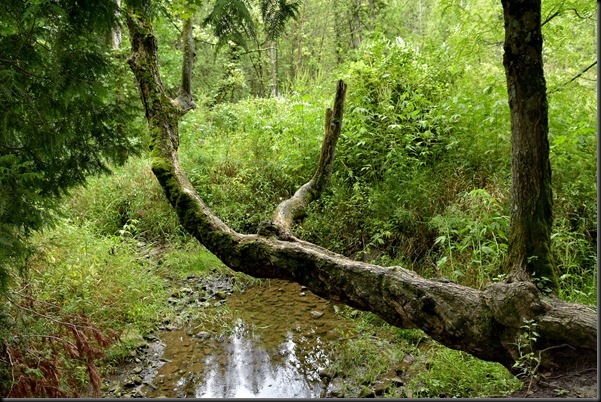 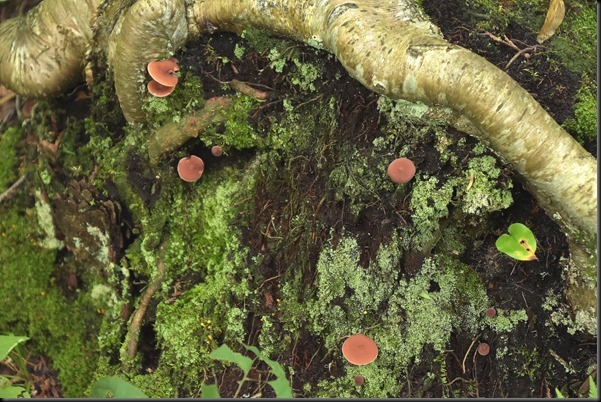 LOTS OF VARIOUS MUSHROOMS ON THE FOREST FLOOR 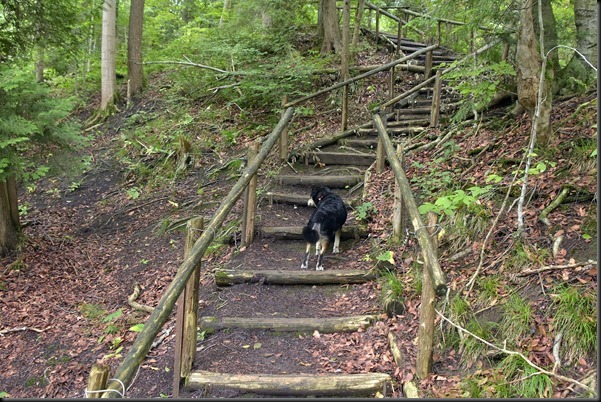 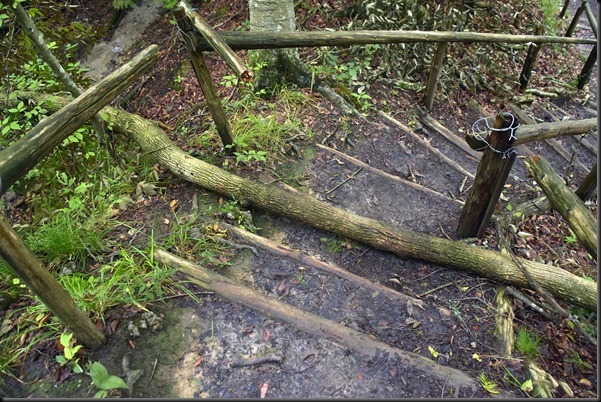 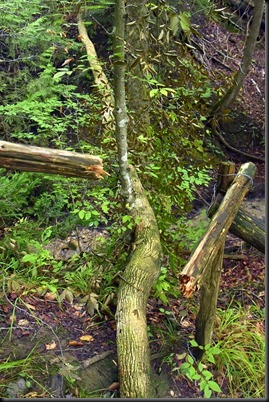 Back home from the Bayfield Garage it was a quick turn-around as Pheebs and I headed directly for the Bannockburn Conservation Area a short distance away.  Even forewent a morning coffee again.  I wanted to get my legs going before temperatures came up so at 8:50 a.m. under cloudy skies we struck off down a medium length loop trail.  The forest was quiet with no bugs.  A most enjoyable walk with nobody on the trail but us.  And oh now nice to walk in cooler air. 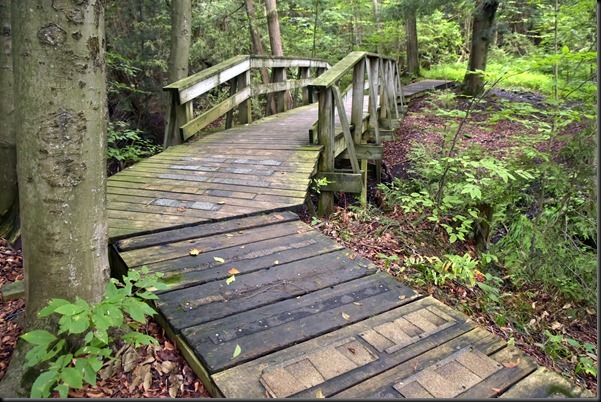 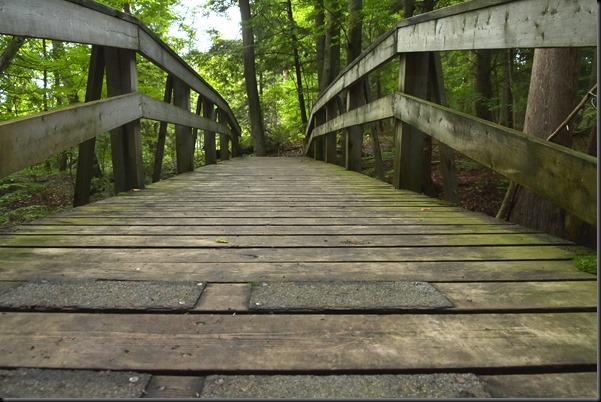 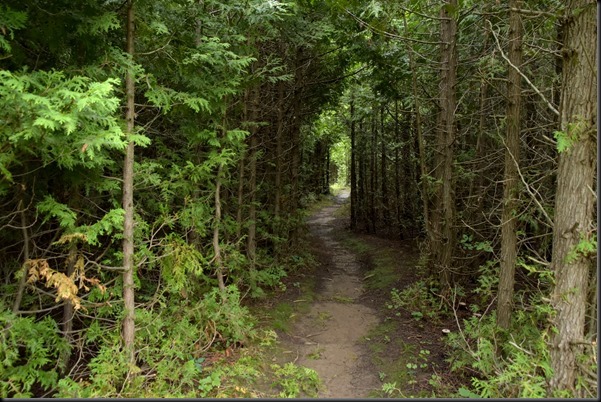 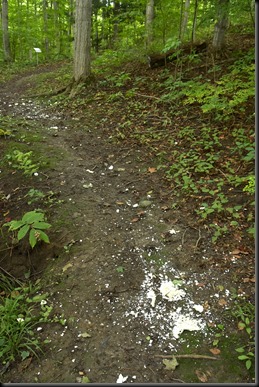 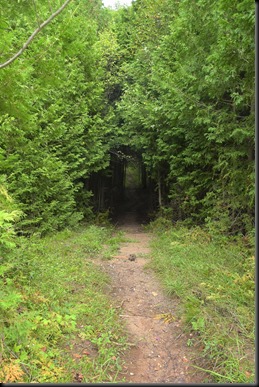 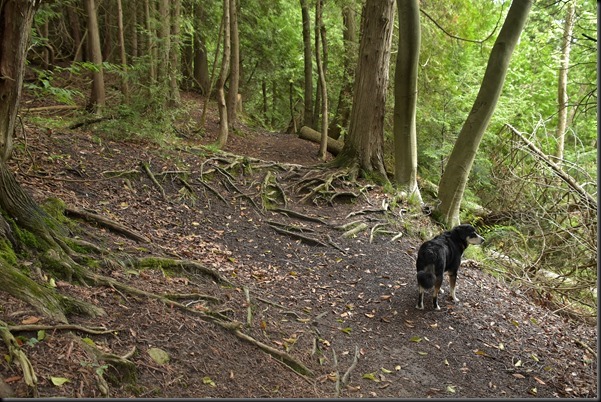 Bayfield Garage called about 4:15 saying the Motorhome was done so hopped into the Jeep and headed to the garage.  Sure enough the rig needed new rear brake pads.  The right rear brake pad had actually come of the bond.  I have no idea what that means but that’s what the itemized bill says.  Fluids were added to the A/C but forgot to check it on the way home for cold air because something else had grabbed my immediate attention and i was totally focused on that.  OH-OH!! 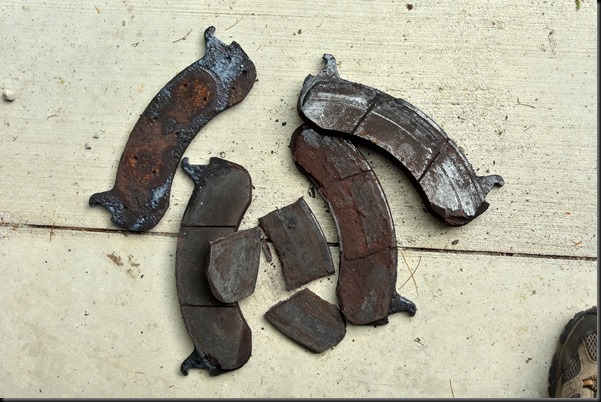 Shortly after leaving the garage I heard a sound somewhere I had never heard in the Motorhome before and it seemed like some kind of an exhaust problem.  Seemed to get a bit louder the farther I went so I wheeled the rig around and headed back to the garage.  A mechanic fellow came out and with me in the drivers seat with the engine revved a bit he was able to track down the problem.  Not good:((  It’s a manifold problem and the mechanic pointed out the rusted studs holding the manifold on.  One stud was completely broke off with another one partially out.  They looked very rusty.  The sound I was hearing was the exhaust gasses escaping through the manifold.  All those studs (or maybe they were bolts) have to come out and be replaced as well as the manifold gaskets.  And that’s both sides of the Chevy 8.1 Vortec engine.  We’ll get a cost estimate on that sometime Thursday.  We have no choice but to bite the $bullet$ and get it fixed.  After-all we just spent well over $600 today for brakes, oil change, A/C and a system levels check, etc.  I’m beginning to think it might be financially wiser to stay home this winter and try to re-coup our losses:(( 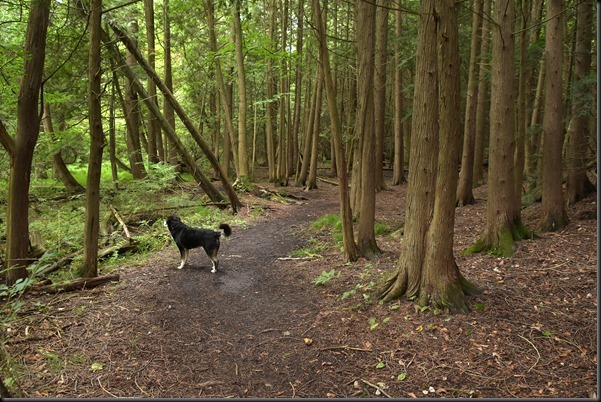 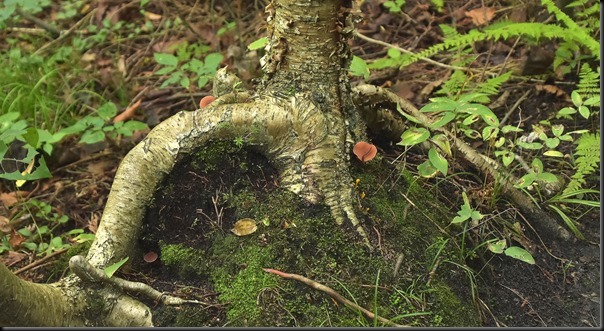 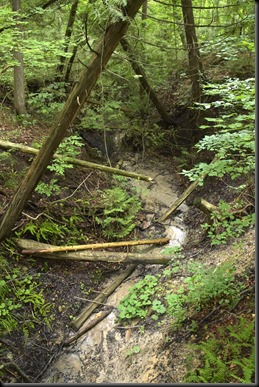 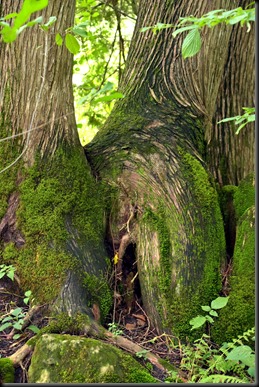 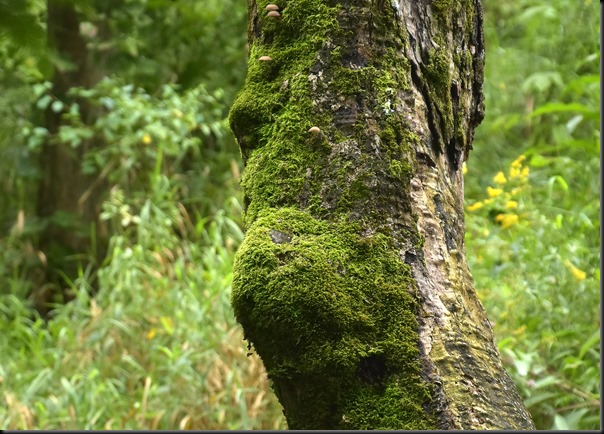 WITH A BIT OF IMAGINATION YOU MAY BE ABLE TO SEE THE FACE OF AN OLD TREE HERE….ONE EYE IS VERY PROMINANT IN THE GREEN MOSS UPPER CENTER LEFT 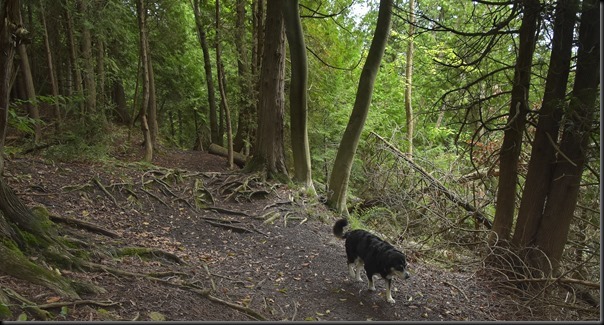 Back home from our morning walk my cool air energy enabled me to haul another utility trailer load of yard waste to the recycling area.  It was a productive morning for a change and I’m looking forward to more of those but unfortunately I’m going to have to wait. The miserable heat and humidity is due to return this week-end and stay all next week. 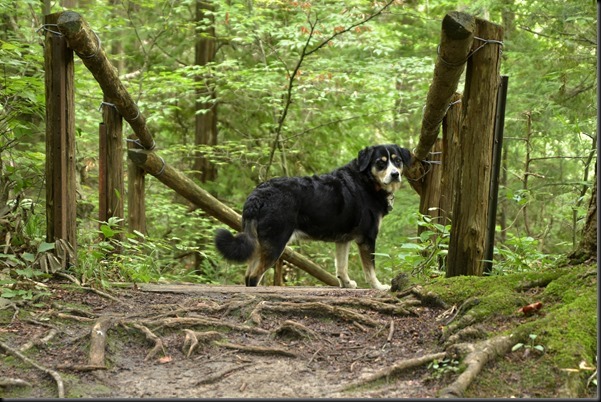 GROANER’S CORNER:((  Shaky went to a psychiatrist. "Doc," he said, "I've got trouble. Every time I get into bed, I think there's somebody under it. I get under the bed, I think there's somebody on top of it. Top, under, top, under ... you gotta help me, I'm going crazy!" "Just put yourself in my hands for two years," said the shrink. "Come to me three times a week, and I'll cure your fears." "How much do you charge?" "A hundred dollars per visit." "I'll sleep on it," said Shaky. Six months later the doctor met Shaky on the street. "Why didn't you ever come to see me again?" asked the psychiatrist. "For a hundred buck's a visit? A bartender cured me for ten dollars." "Is that so! How?"……….. "He told me to cut the legs off the bed!"

A racehorse owner asked his jockey why he didn't ride his mount through a hole when it opened up just before the final turn. "I tried," replied the jockey. "But it is impossible to go through a hole that is going faster than your horse."

“I'm surprised I'm not more musically inclined because as a child my attitude was so bad that I often got my bell rung and was told I had better start singing a new tune or else.