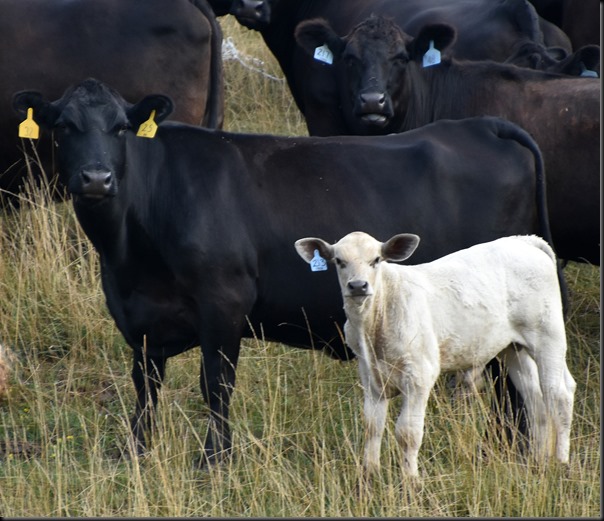 Thunder, lightning and rain came in the night bringing in the first day of August.  Just think, a month from today and we'll be into September already.  Autumn approaches:)) 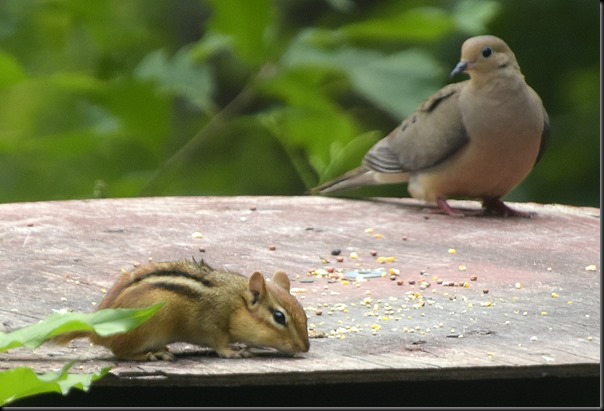 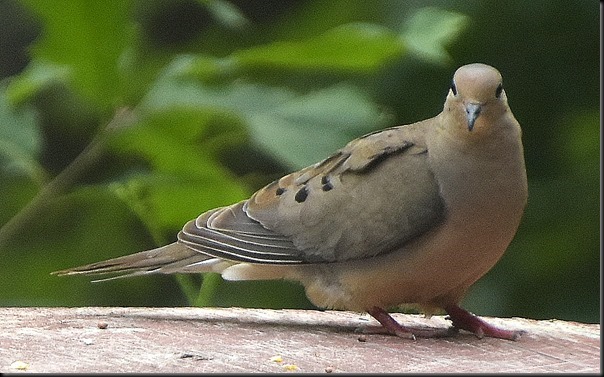 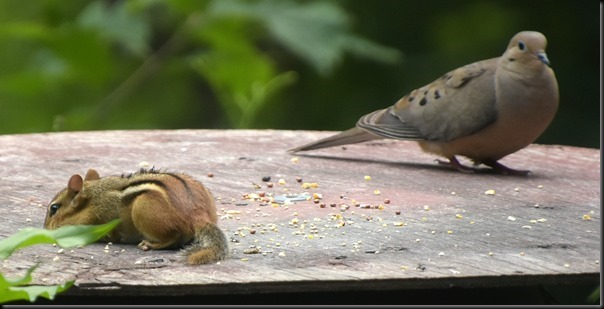 ‘WELL THE NERVE OF THAT LITTLE RODENT’!!

Missing her Tuesday morning Jeep ride Pheebs made it very clear she was not interested in sitting around the house for a second day.  Despite threatening skies and muddy roads she marched me out to the Jeep, stuck me behind the steering wheel and with one short curt bark said, 'DRIVE'!!  So drive I did do and away we went. 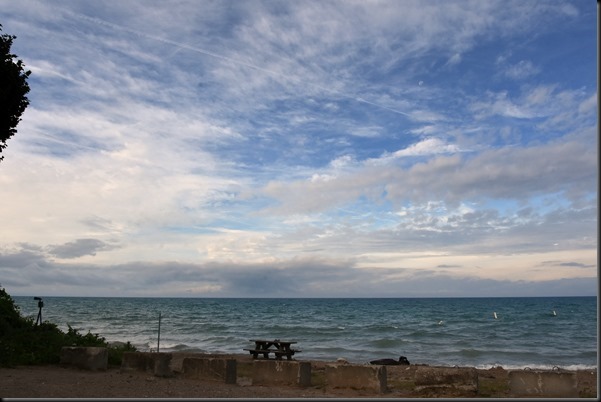 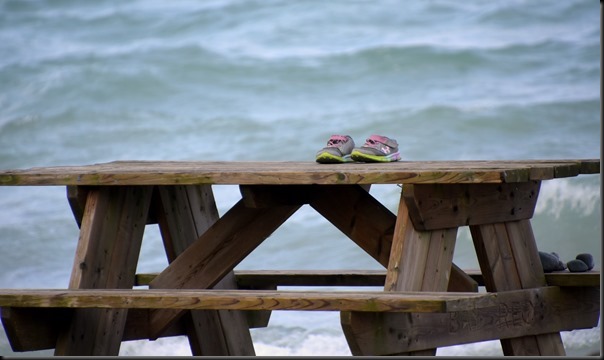 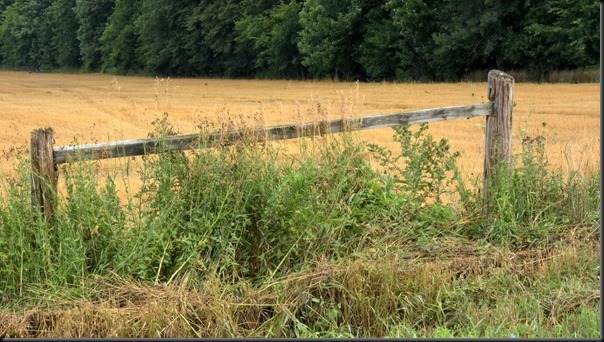 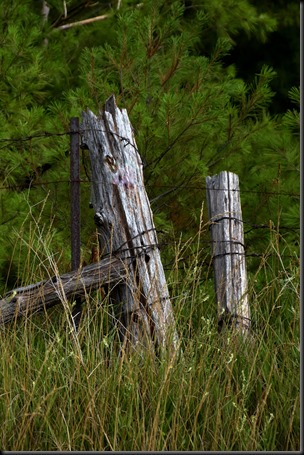 Picked up a coffee in Bayfield and ventured out of town.  Less than half an hour later I had the Jeep in 4 wheel drive to keep from becoming stuck in the mud when we ventured down a dead end road alongside Kerr's Campground.  I sure have become a big fan of 4 wheel drive vehicles I'll tell ya. 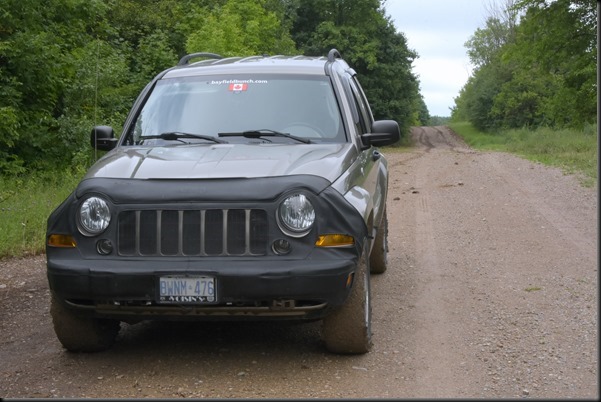 WE WERE LUCKY TO GET TURNED AROUND AND HEADED BACK 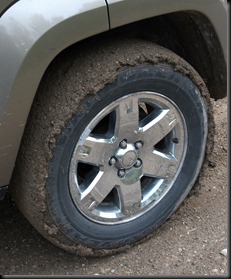 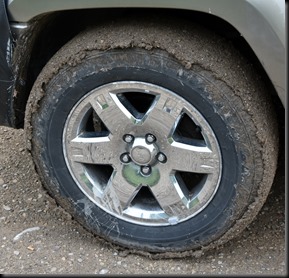 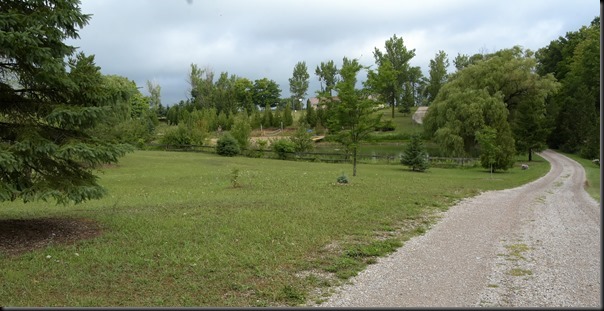 RV’S ARE PARKED ALONG A LOOP ROAD 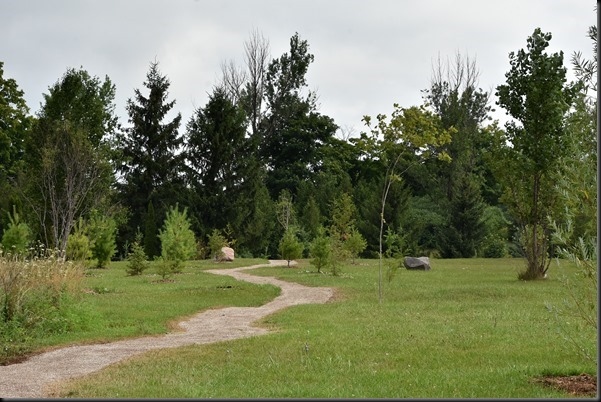 For years I've driven by Kerr's Campground southeast of Varna Ontario but never ventured in until this morning.  There were far more rigs in there than what I had figured as I ended up counting 20.  Never saw anyone around and only two vehicles so I'm guessing the travel trailers and fifth wheels are owned by week-enders who come out Friday, Saturday, and Sundays.  Seen some Kid’s bikes so maybe it is family oriented.  This is a nice open space scenic country campground surrounded by rural farm lands and forests. 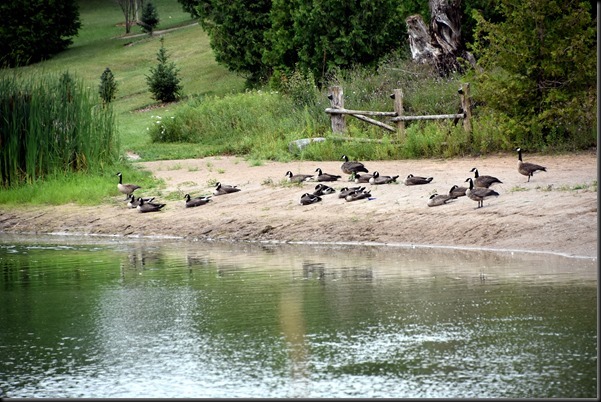 CLOUDY DAY AT THE BEACH……KERR’S CAMPGROUND 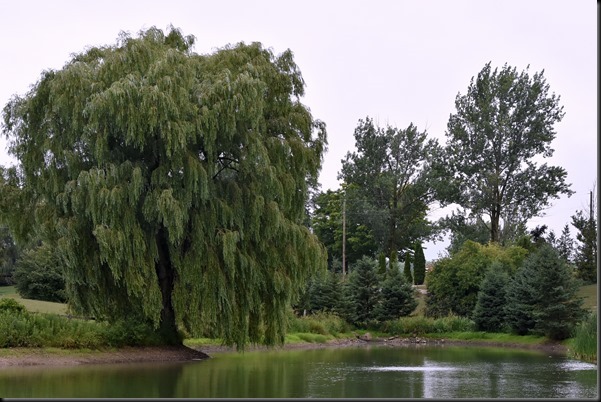 LOOKS LIKE THE FOLKS HAVE THEMSELVES SOME NEW HORSESHOE PITS 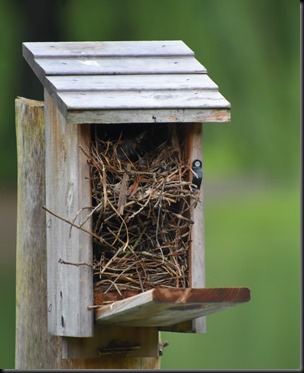 <<< I THINK SOMEBODY DRAGGED HOME TOO MUCH FURNITURE

We were home shortly after 10 and with some extra energy on my side I put my RV hat on and spent the next few hours in and around the Motorhome.  Installed a new Sirius Satellite antennae on the roof then set about catching up on some interior cleaning.  Vacuuming, cleaning windows and mirrors etc.  I like it when I am able to comfortably accomplish things even if it's just cleaning up stuff. 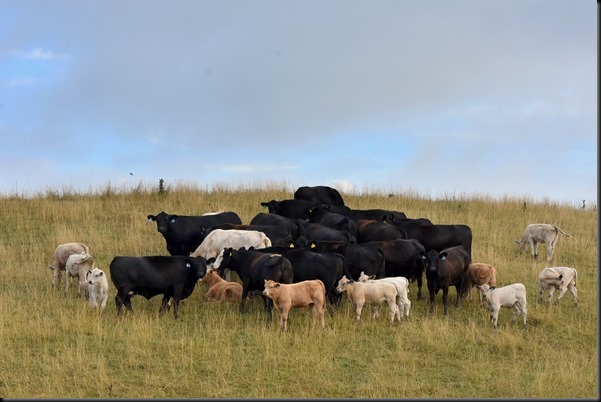 A STUDY OF COWS 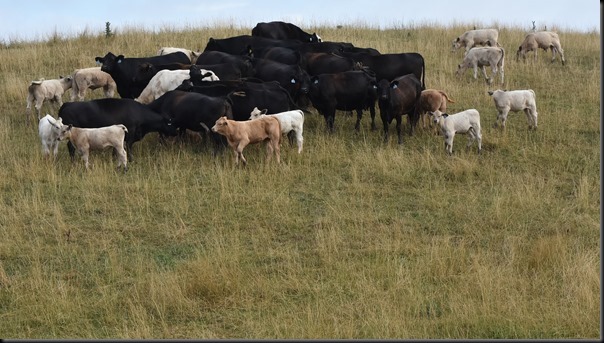 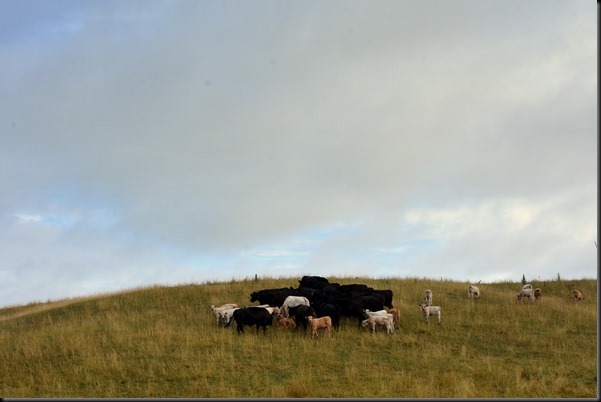 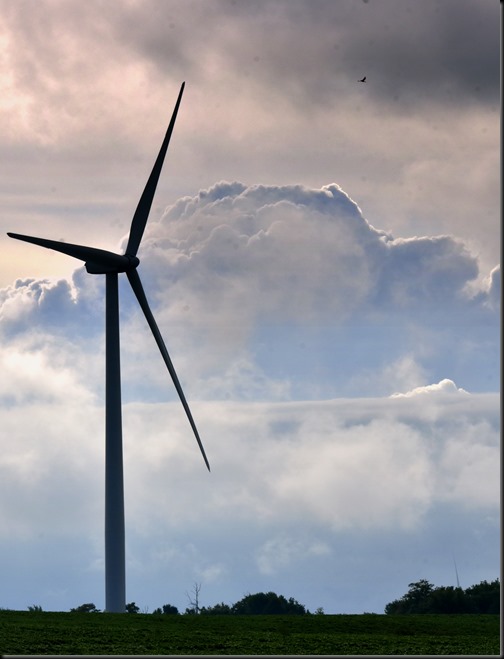 DID YOU NOTICE THE LONE TURKEY VULTURE HIGH IN THE SKY??

Haven’t mentioned this for awhile but just a reminder to readers.  Because of being hacked on Facebook twice through the ‘Friend Request’ feature I do not accept friend requests anymore.  Haven’t for a few years now.  Nothing personal, I just don’t need all that aggravation involved with being hacked.  I’m not a big Facebook fan or user anyway but I do thank a few loyal readers for their ‘Likes’:)) 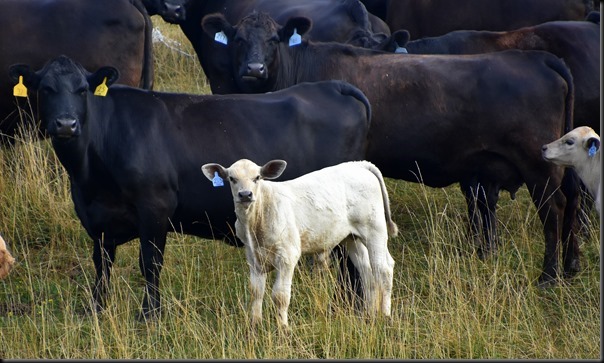 GROANER'S CORNER:(( A henpecked husband was advised by a psychiatrist to assert himself. "You don't have to let your wife bully you," he said. "Go home and show her you're the boss."The husband decided to take the doctor's advice. He went home, slammed the door, saw his wife and growled, "From now on you're taking orders from me. I want my supper right now, and after you get it on the table, go upstairs and lay out my clothes. Tonight I am going out with the boys. You are going to stay at home where you belong. Another thing, you know who is going to tie my bow tie?"  "I certainly do," said his wife calmly, "the Undertaker."