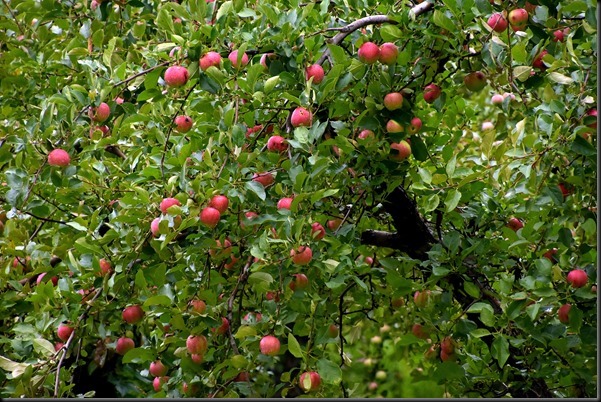 EVERY TIME I PASS THIS ORCHARD IT’S APPLES ARE RIPENING

Thunder, lightning and rain came in the wee hours of the morning dumping tons of water on us  Our official rain gauge recorded half a wheelbarrow load of the wet stuff. 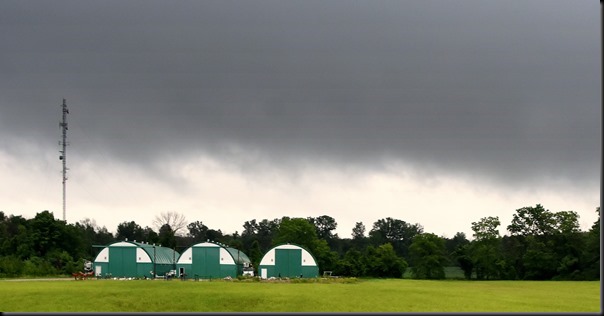 BAYFIELD SKIES WERE HEAVY WITH RAIN THIS MORNING AND EARLY AFTERNOON 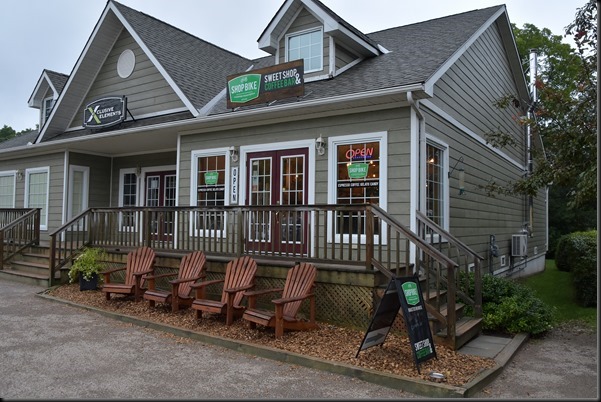 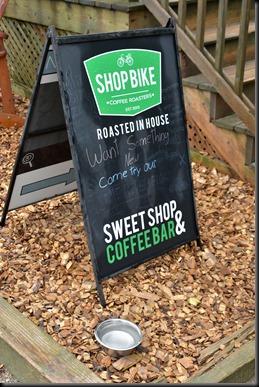 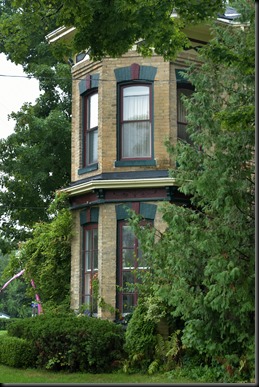 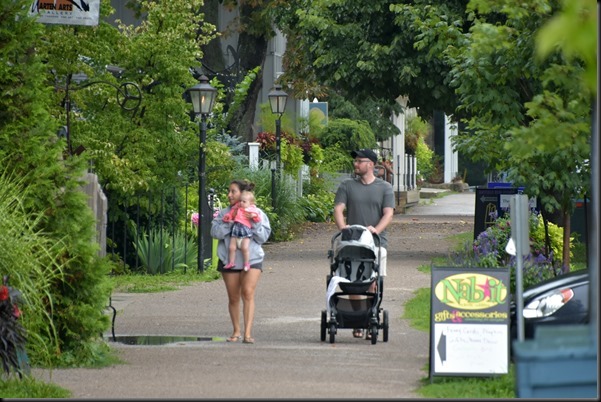 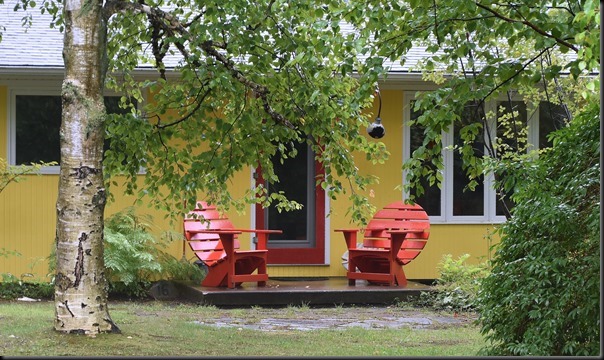 There was a time when a rainy morning would keep Pheebs and I home but not anymore.  Despite the downpour we paddled our way out to the to the Jeep and off we went.  Windows up by the way.  Figured we had better stay off the muddy country roads and stick to pavement.   Well that’s what I thought but that’s not what we did. 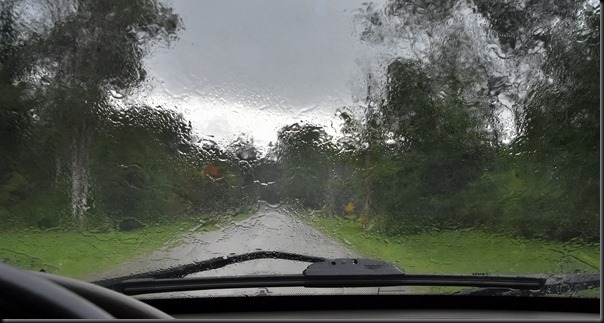 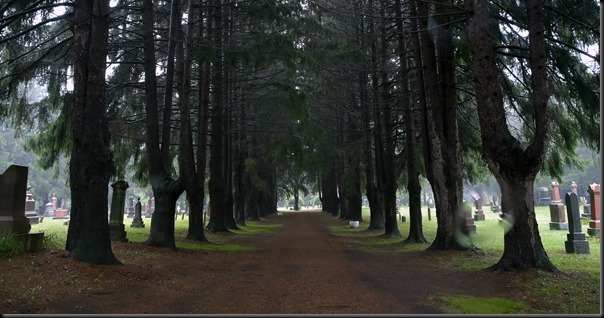 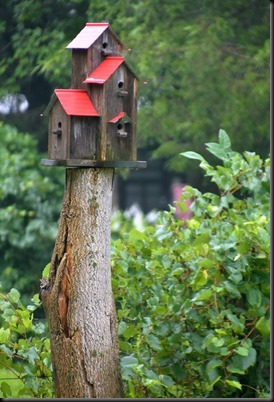 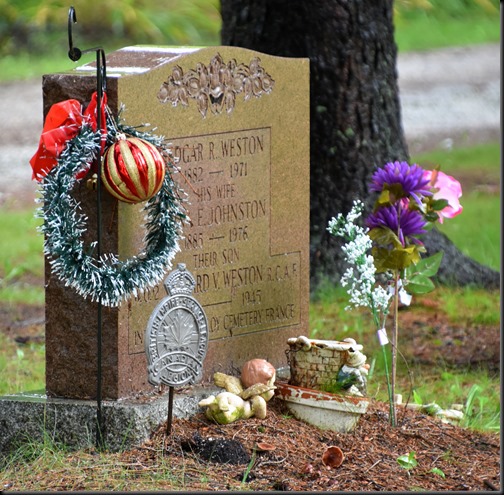 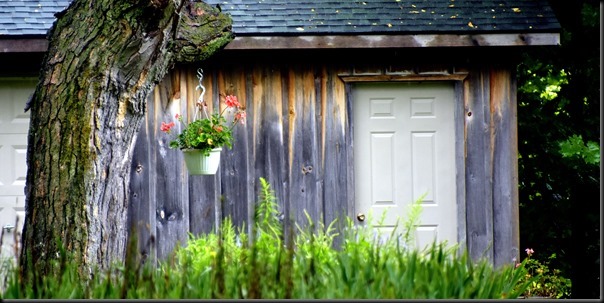 Sometimes driving along slow on our morning country road drives I look over at Pheebs and with sadness see how age is creeping up on her.  She loves her Jeep rides and I ask myself the question, ‘would I be here right now if I didn’t have Pheebs along with me’?  It’s a tough question and one I cannot answer.  If I didn’t have my best Pal with me I know deep inside it just wouldn’t be the same and I would have difficulty dealing with the aloneness I would feel. 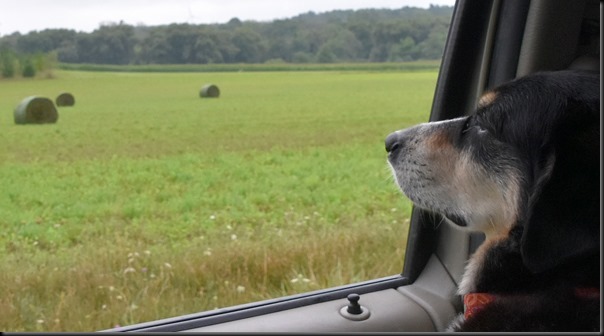 PHEEBS SURE LOOKS FORWARD TO HER MORNING JEEP RIDES 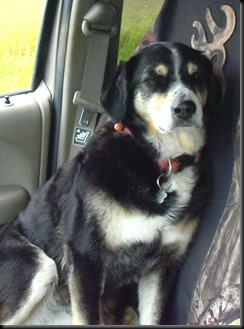 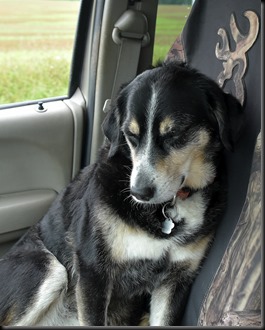 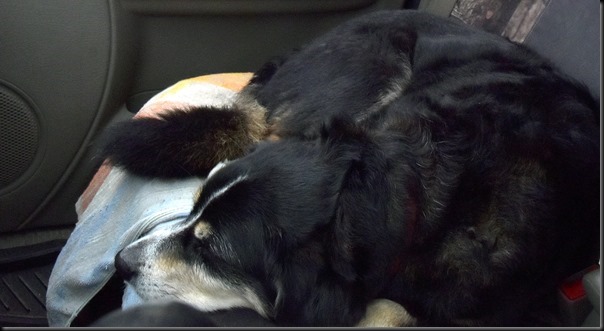 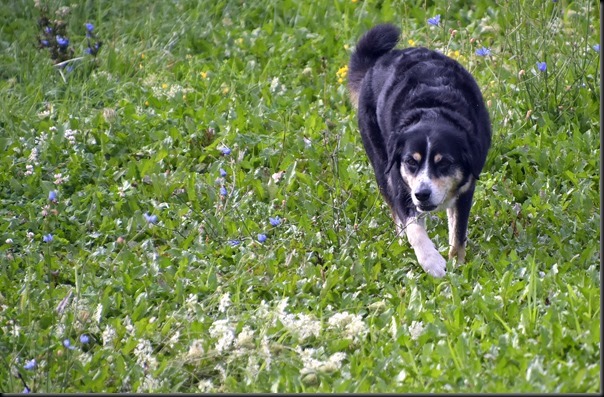 We had us some heavy on and off rains today right up to early afternoon when the Sun suddenly popped out.  Pheebs and I jumped into the Jeep quick and raced out of the Park hoping to catch a rainbow against the dark clouds but the rains stopped just as we cleared the Park’s overhead trees.  No Sun + no rain = no rainbow.  Rest of the day remained mostly cloudy.  As I am about to post this tonight heavy rains are once again upon us.  Pheebs and I might have to put on our water wings in the morning. 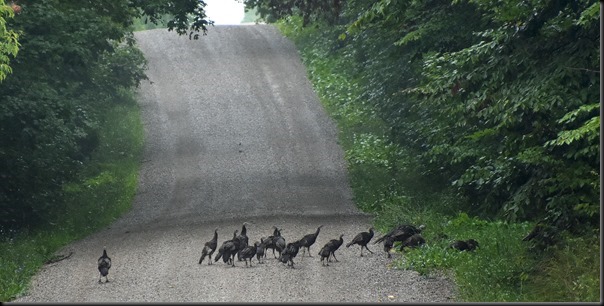 AS WE APPROACHED THEY LEISURELY SAUNTERED OFF INTO THE WOODS

A BRIEF BURST OF SUNLIGHT BRIGHTENED THE SCENE

‘HEY DAD WHERE THE HECK DID ALL THOSE DANG TURKEYS GO’ 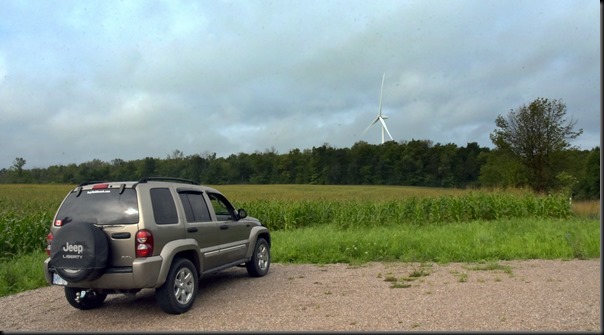 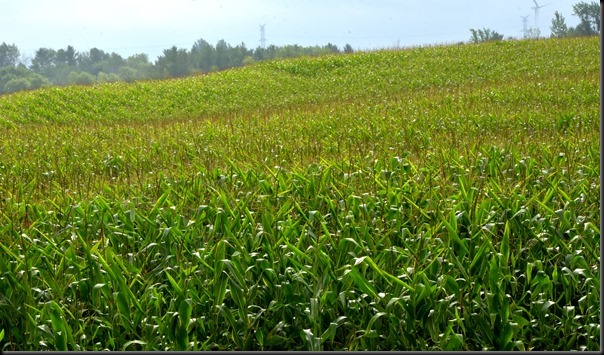 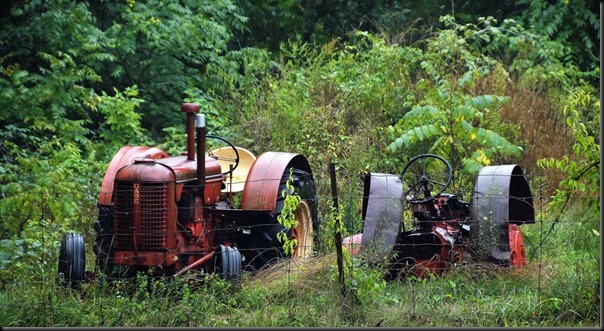 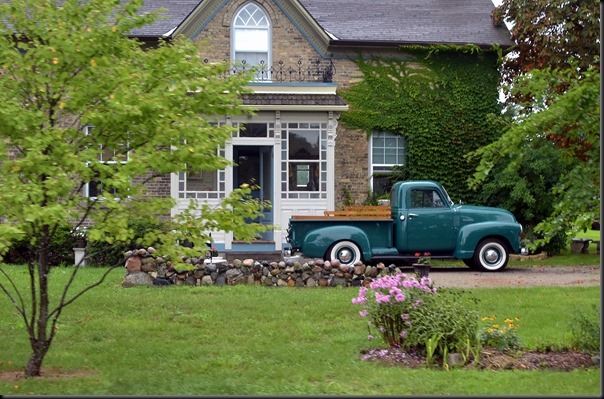 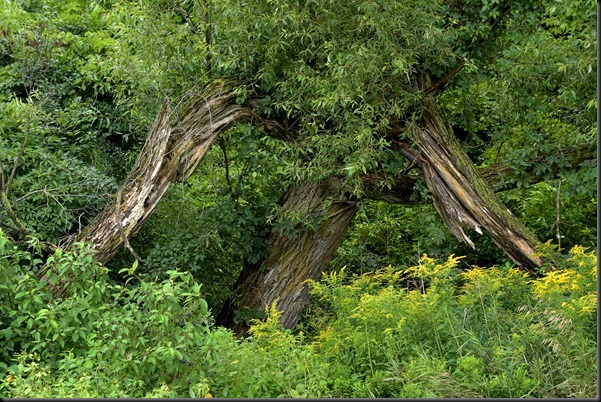 Seven or eight years ago for a short while I would end my posts many nights with something I called. ‘The Last Paragraph’.  Some long time readers may remember.  In that last paragraph of the day I would often dig a little deeper into myself and bring forth thoughts harbored there which I feel are important and would like to talk about but seldom do.   Been thinking a lot about that lately.  Maybe it’s time……………… 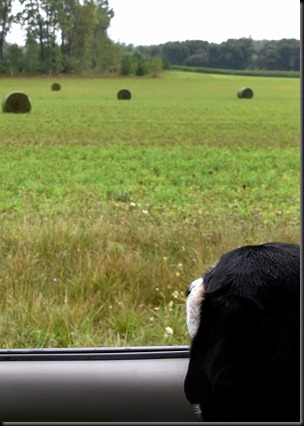 GROANER’S CORNER:(( A guy was driving when a policeman pulled him over. He rolled down his window and said to the officer, "Is there a problem, Officer?" "No problem at all. I just observed your safe driving and am pleased to award you a $5,000 Safe Driver Award. Congratulations. What do you think you're going to do with the money?" The driver thought for a minute and said, "Well, I guess I'll go get that drivers' license." The lady sitting in the passenger seat said to the policeman, "Oh, don't pay any attention to him - he's a smart ass when he's drunk." The guy from the back seat said, "I TOLD you guys we wouldn't get far in a stolen car!" At that moment, there was a knock from the trunk and a muffled voice said, "Are we over the border yet?"

“I got arrested at the Farmers Market for disturbing the peas.”

How is it that we put man on the moon before we figured out it would be a good idea to put wheels on luggage?

Statistics on sanity say that one out of every four persons is suffering from some sort of mental illness. Think of your three best friends -- if they're okay, then it's you.