A MAJOR CHANGE TO OUR TRAVEL PLANS THIS WINTER 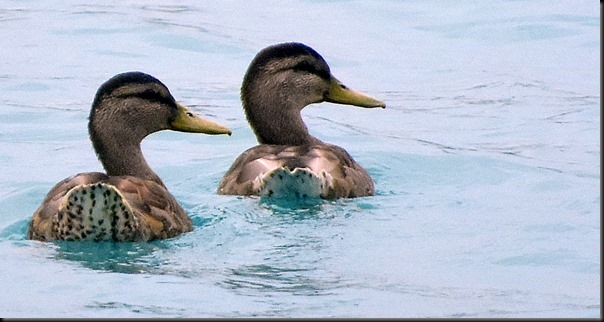 With a predicted chance of rain overnight I left the Jeep parked outside in hopes of Mother Nature giving it a good wash.  By 6:30 this morning Mother Nature did just that.  Our wheelbarrow rain gauge showed we had a quarter wheelbarrow load of rain. 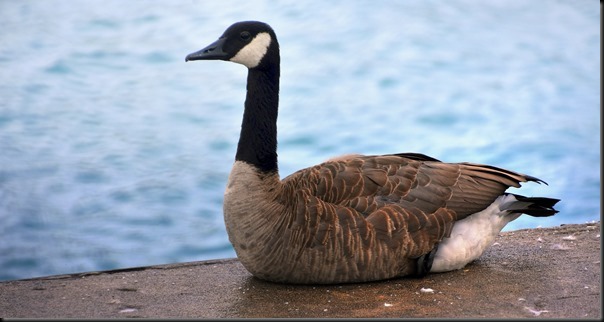 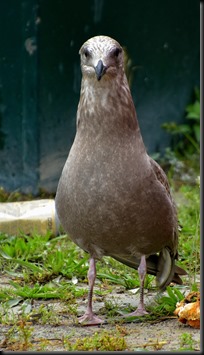 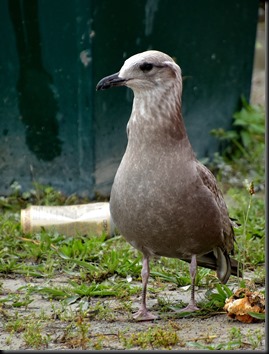 A YOUNG GULL GIVES PHEEBS AND I THE EYE

Despite this mornings on and off again rain showers little Spoogins and I took our usual drive to Goderich with all the routine stops thrown in.  Only other stop was Jenkins Auto Wreckers to inquire about some winter wheel rims for our heavy duty desert sand and snow tires. 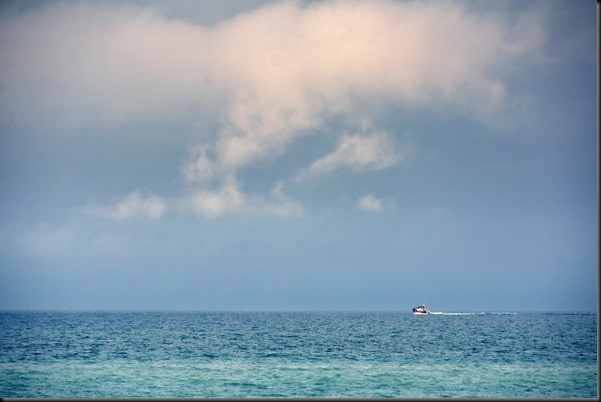 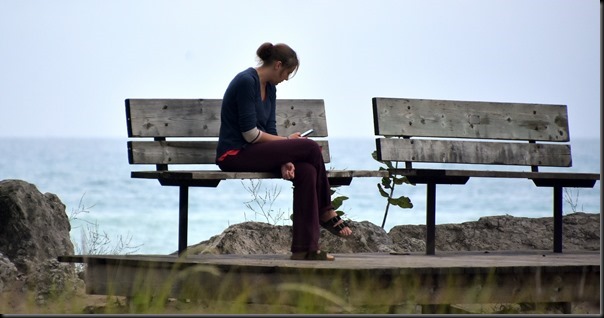 AT THE BEACH ALL ABSORBED IN A CELL PHONE 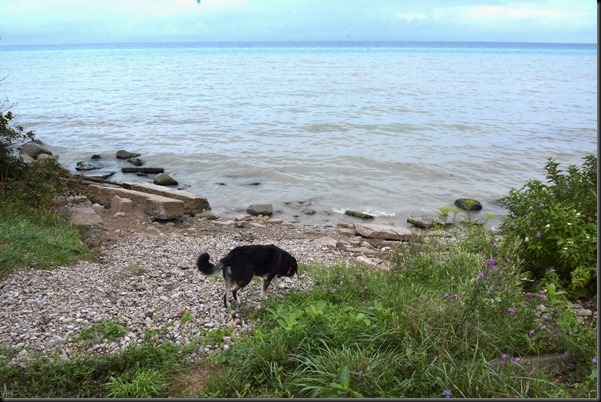 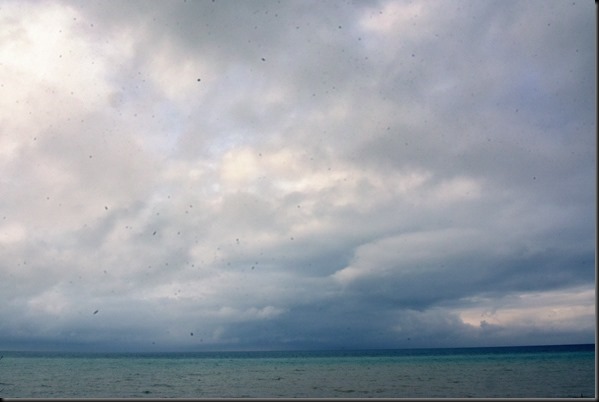 IT WAS ALL ABOUT THE CLOUDS THIS MORNING 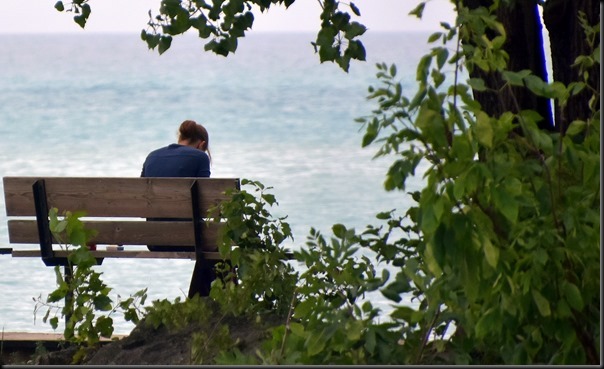 There has been a major change to our winter travel plans.  We had been considering a Plan B to our Plan A Oregon-California-Arizona trip for awhile and finally Thursday after discussing things again we decided to shelve our Oregon coast plans.  We will be leaving the same week-end as originally planned but instead of heading West we have now decided to head East.  New Brunswick, Prince Edward Island and Nova Scotia including the Cabot Trail will be some of our destinations.  We discussed Newfoundland but it’s too expensive to take the Motorhome on the ferry and it’s too long a journey to leave Pheebs in the Motorhome below decks. 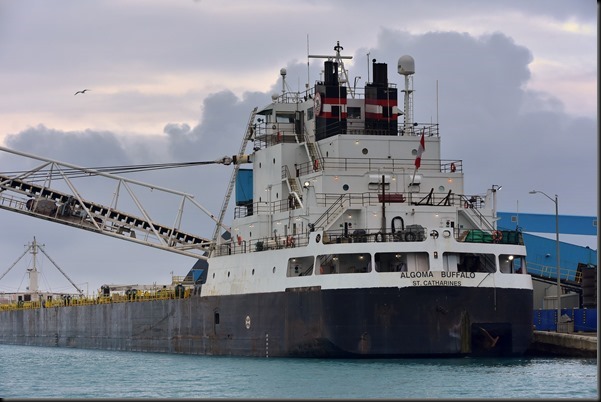 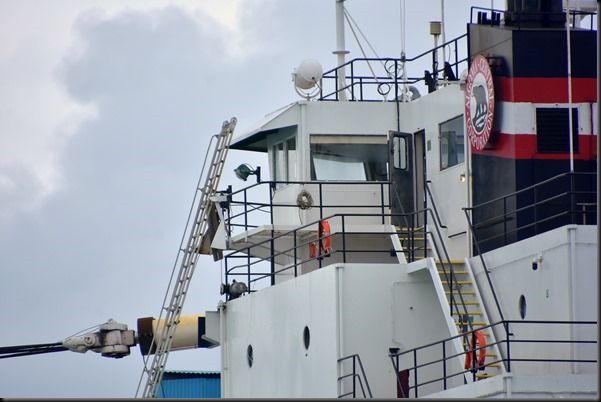 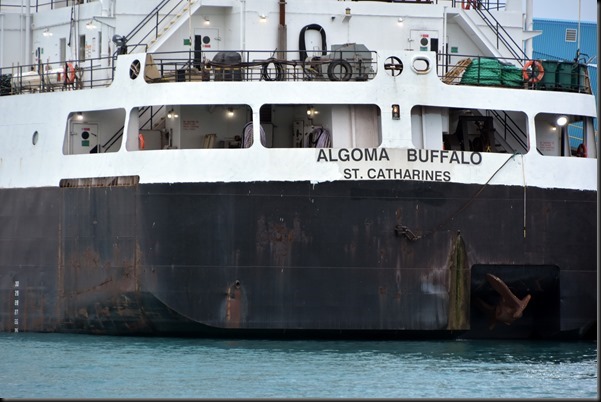 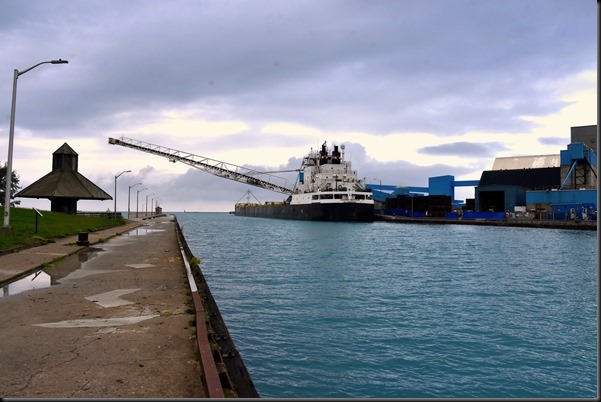 There are a number of reasons behind this decision with several of them being some health concerns on both our parts.  With the cost of our travel insurance rising ($3000 this year) we’ve decided to base the majority of our travels right here in Canada where our health costs are automatically covered just in case of a problem.  Also, Kelly is happy not to have to deal with Verizon again.  Always way to expensive, stressful, and often problematic.  No having to switch to an American phone plan either.  And this trip would only rack up a third or half as many miles as the Oregon trip and of course would be much less stressful for us.  This trip would also include a stop at Kelly’s Mothers in Spencerport New York on the way back.   Kelly has never been to Canada’s East coast so that is another big factor.  And of course I’m sure there are some other reasons we haven’t even thought about yet. 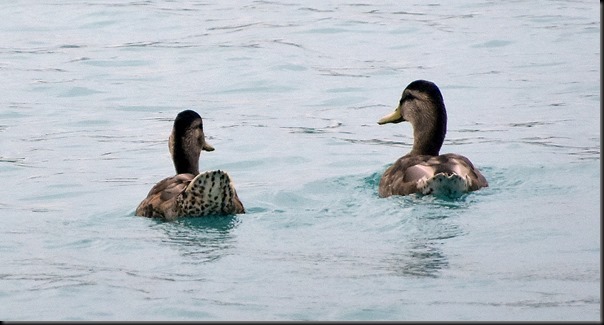 ‘NICE MORNING FOR A PADDLE OLLIE’…..’YES IT IS STANLEY’

‘MY OH MY THAT IS A BIG BOAT OVER THERE STANLEY’…….’YES IT CERTAINLY IS OLLIE’ 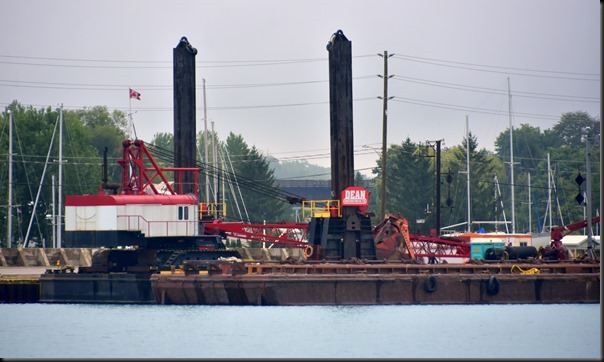 THREE LITTLE TUGS ALL IN A ROW MAKES ME THINK BACK TO  LARRY, CURLY, AND MOE

Okay, so what about Winter.  We hope to spend about 6 weeks on the road and return to Bayfield maybe late October or mid November depending on weather.  Whether we’ll stay home for the rest of the winter or maybe head south somewhere is anybody’s guess and we’ll make that decision after we get home.  Travel insurance goes by the day so the less time spent in the States the cheaper the insurance.  Times are a changing for us here at the Bunch and we just have to roll with those on-going changes and make the best decisions that are right for us.

IT WAS A RAINY MORNING FOR A COUNTRY ROAD WALK

Sanitized the Motorhomes fresh water tank this afternoon, drained it and added back about half a tank for now.  Ran up the generator for a bit too and maybe tomorrow Pheebs and I will take it out for a short exercise run around a few paved country blocks.  If it’s not raining that is. 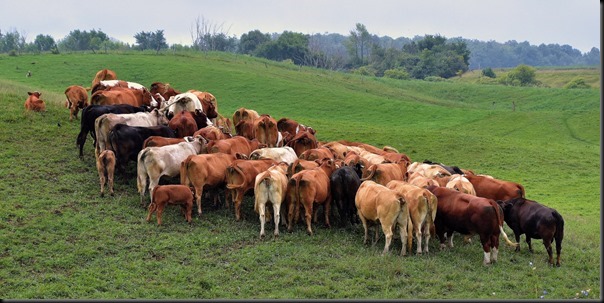 GROANER’S CORNER:((  A farmer purchases an old, run-down, abandoned farm with plans to turn it into a thriving enterprise. The fields are grown over with weeds, the farmhouse is falling apart, and the fences are collapsing all around.  During his first day of work, the town preacher stops by to bless the man's work, saying, "May you and God work together to make this the farm of your dreams!  "A few months later, the preacher stops by again to call on the farmer.  Lo and behold, it's like a completely different place--the farm house is completely rebuilt and in excellent condition, there are plenty of cattle and other livestock happily munching on feed in well-fenced pens, and the fields are filled with crops planted in neat rows.  "Amazing!" the preacher says. "Look what God and you have accomplished together!""Yes, reverend," says the farmer, "but remember what the farm was like when God was working it alone!"

“I used to be a demolition expert - it was a blast.”

If Lawrence Welk would have had twin daughters what would he have named them? - Anna one, Anna two...