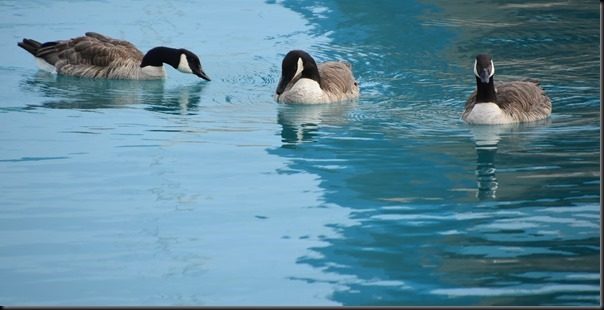 Due to a Al’s latest muddled mix-up mess this is actually my Saturday July 14th post!!

In my Jammie Bear PJ's and hoping for rain I slipped out into the night and closed the Motorhome's windows and door late Friday night after checking our live radar weather map.  Closed the shed doors as well.  It never did rain in the night but we were left with a cloud cover all day Saturday along with a few sprinkles. 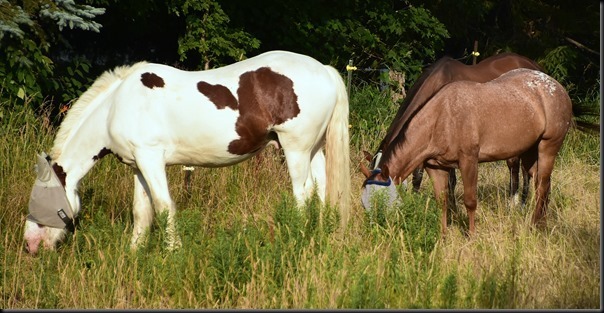 THIS CARDINAL COUPLE ARE REGULAR VISITORS TO OUR BIRD STATION 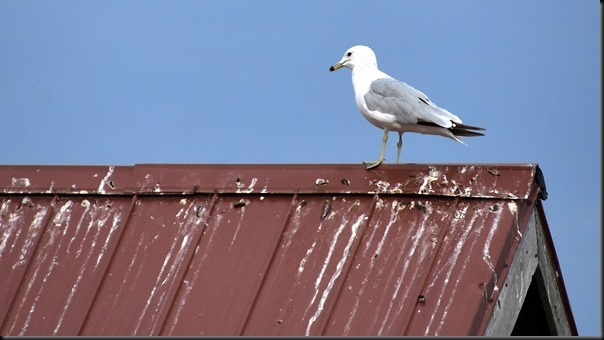 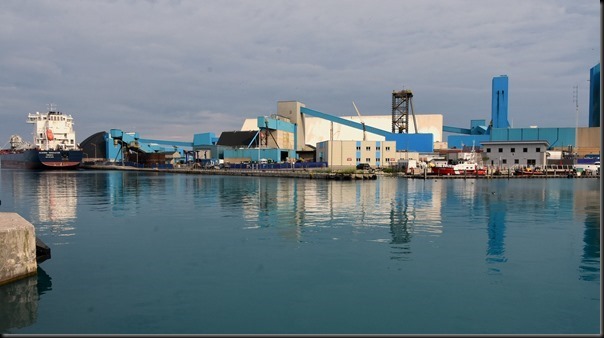 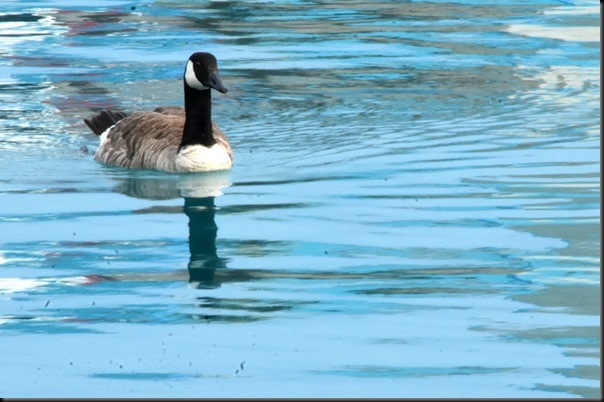 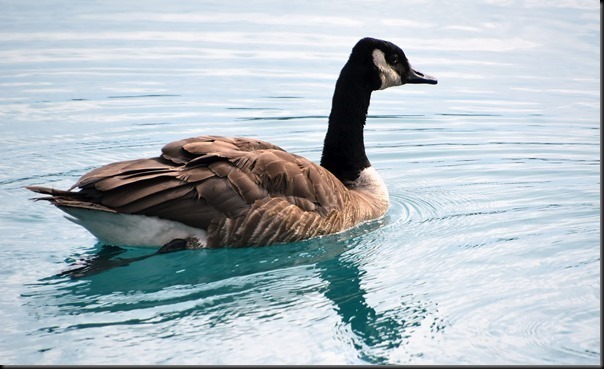 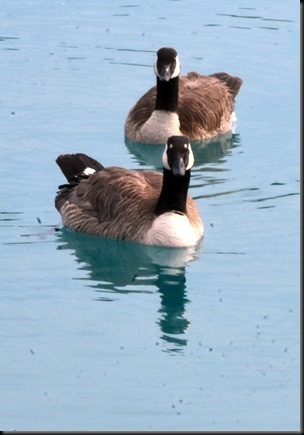 Figured the Motorhome was needing a run so all three of climbed aboard and headed ourselves up the highway to Goderich.  Stopped into a couple second hand stores looking for some table or shelf ideas for around my recliner in the rig.  Did find one appropriately sized table so we'll try to incorporate it into the rig somehow.  It was a free root beer day at A&W so we popped in for a couple burgs.  Quick stop at Food Basics grocery store and some gas at the Solo gas bar and we were on our way home again.  A few raindrops on the windshield as the rig hummed us along and whisked us safely back to Bayfield.  We've had the Big E over four years now and we are still very  happy with it.  Best rig we've ever owned despite a few frustrating but fixable problems in the first couple years.  And to think we were thinking of selling it a month or two ago.  Well shame on us!! 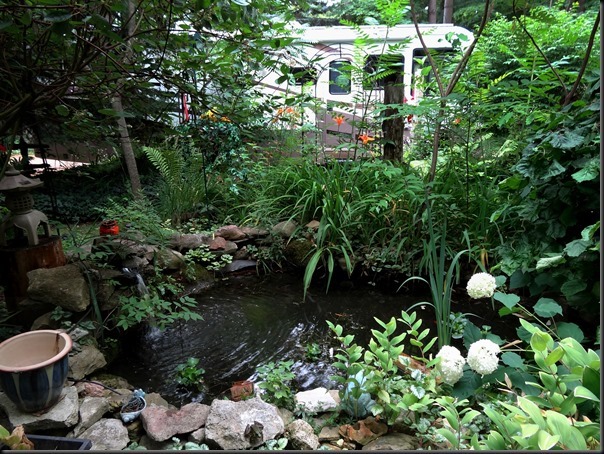 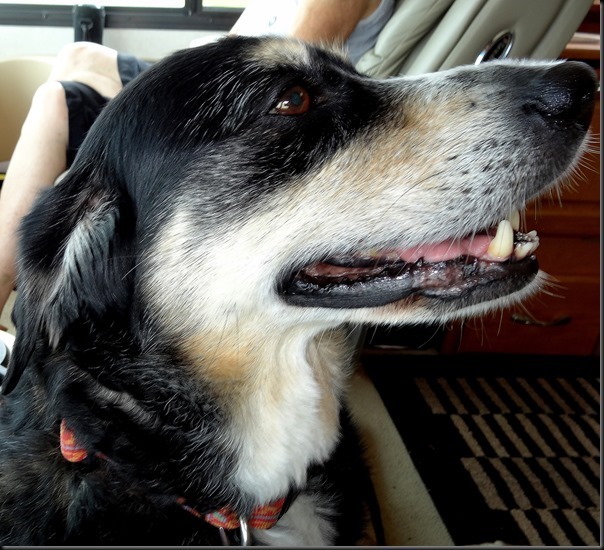 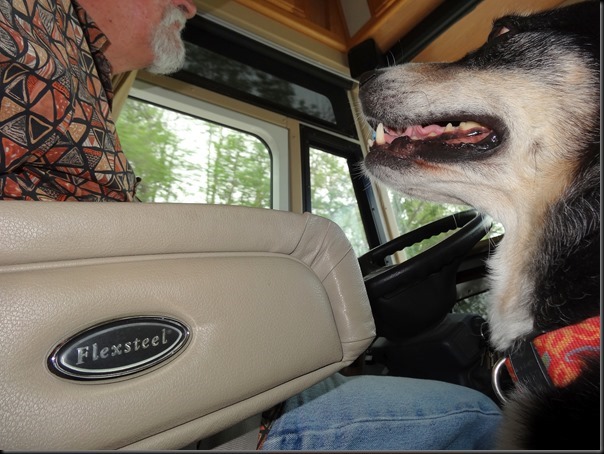 ‘OKAY DAD LET’S GET THIS SHOW ON THE ROAD’ 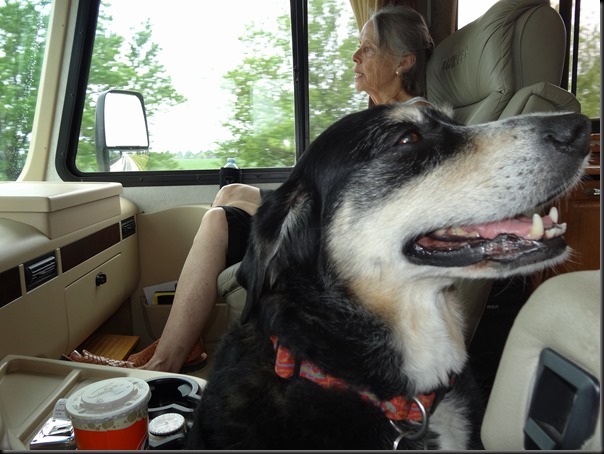 ‘HERE’S MY GOOD SIDE AGAIN’ 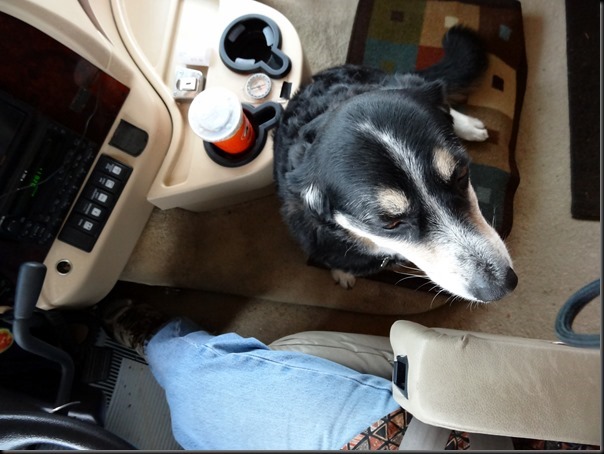 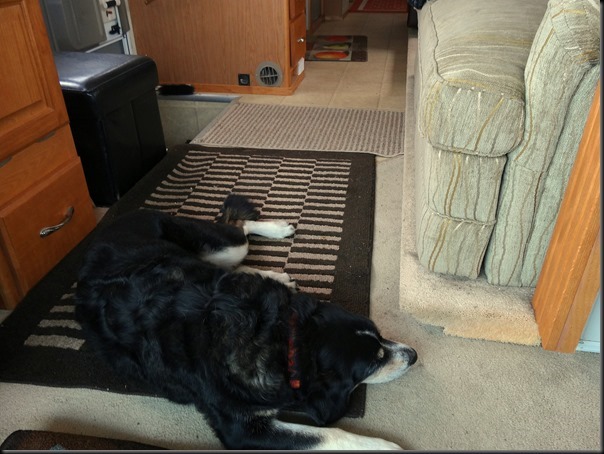 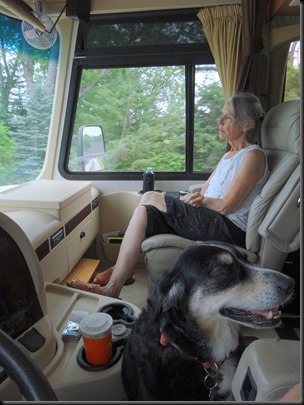 Always geographically interesting and fun planning travel routes and I spent some time earlier this evening pouring over my Rand-McNally Atlas as well as Google Maps on the computer.  Also looking very carefully at our Mountain Directory West for the western States of Montana, Wyoming, Idaho, Oregon, and Northern California.  We’ve travelled with our Mountain Directory right from day one of our travels back in 06 and it’s a directory you do not want to leave home without if your going to be driving through mountains out west.  The reading may be a little scary for some folks but if that is the way you are going to go then that is what you have to read because for sure you are going to want to know about the up and down steep grades and winding roads ahead of you.   I pretty much have things figured out as far as Yellowstone National Park, Grand Tetons, and Jackson Hole but after that it’s bit of a dog’s breakfast.  I have been to all those places before back in 1992 but Kelly hasn’t.  Once we head west from the Jackson Hole area everything will be new for both of us………………….. 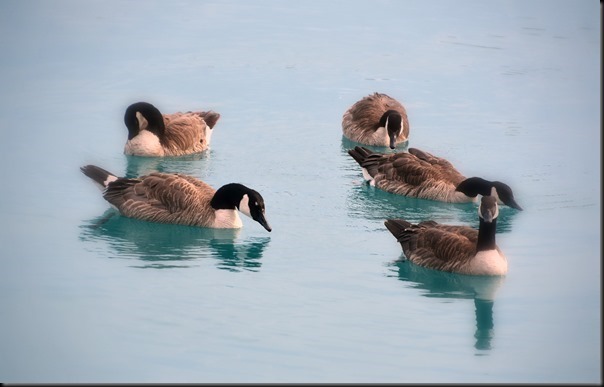 GROANER'S CORNER:((  Murphy's wife borrowed his car and parked in the supermarket car park. Just as she came out laden with shopping, she saw a young lad break into the car, hot wire it and drive off.  Naturally she reported the matter to the police.' What did he look like?, the sergeant asked.  'I don't know she replied, but I got the license plate number'.

What do you have when a lawyer is buried up to his neck in sand? Not enough sand!!