RICHARD AND I ADDED ON AN EXTRA COUNTRY DRIVE TODAY AND A BLOG POST FROM ‘THE FURRY GNOME’:)) 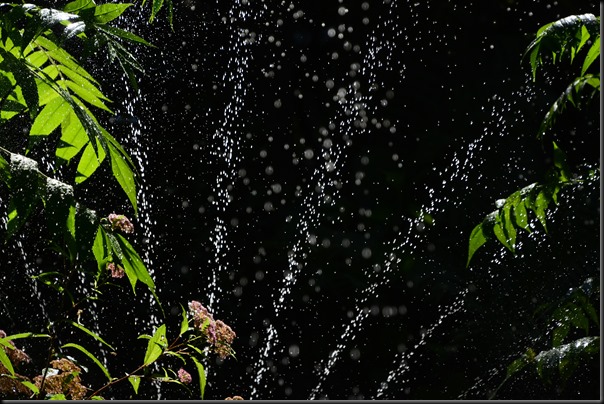 Another refreshingly cool start to the day and how nice to be out and about on a sunny Saturday morning.  Richard and I usually head off on our conversational country coffee tours once every couple weeks on a Thursday morning but with so many things going on in life right now we decided to add an extra drive this week.  It truly is an ongoing task for a couple old geezer fellas to bring some sense and understanding into this troubled world of ours you know.  And besides, with some extra things going in our Park we of course had some extra things to talk about. 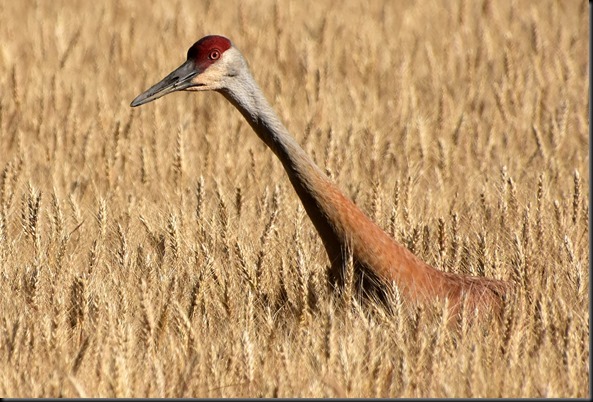 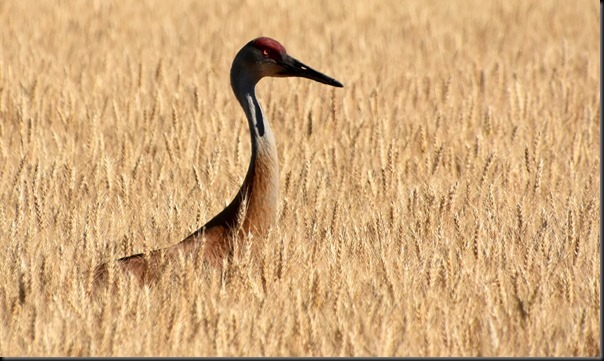 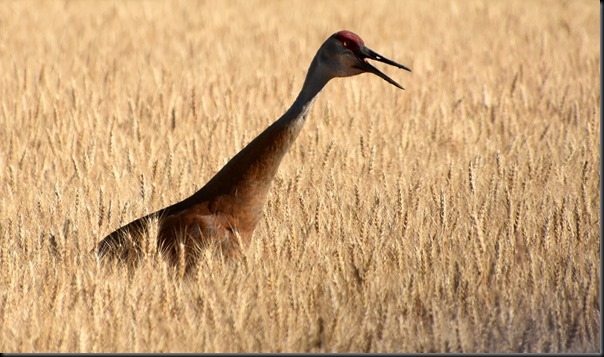 WHEN THIS ONE STARTED SQUABBLING AT US NEAR THE HULLETT MARSH WE FIGURED WE HAD BETTER BE ON OUR WAY
Stocked up with Tim Hortons coffee and some eats we headed north a few miles out of Clinton to a trailhead on the Maitland Road.  Pheebs and I were there about three weeks ago and I knew Richard would like how the trail cuts through a cedar forest leading down to the picturesque flats alongside the Maitland River.  We had ourselves a nice hike through the forest down to the river and back.  Along the way we even had us a couple young girls stop and ask for directions.  Now doesn’t that just pick up a couple old fellers day eh:)) 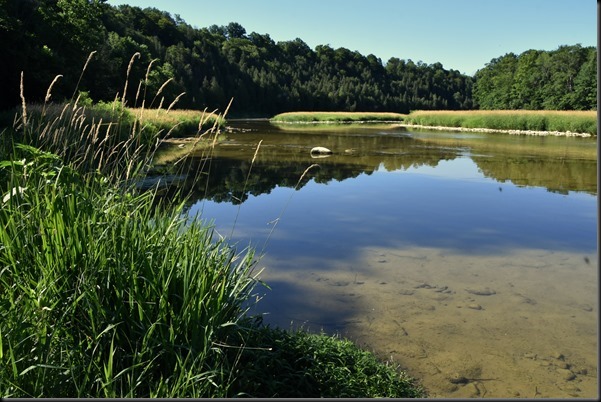 THE MAITLAND RIVER HEADING IN A SOUTHWESTERLY DIRECTION FOR LAKE HURON 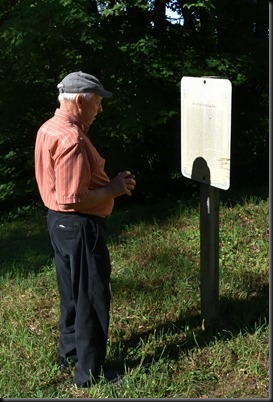 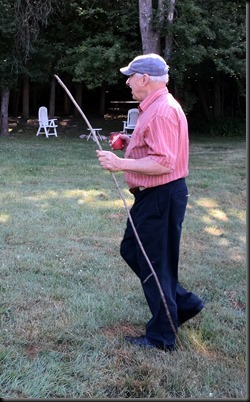 NO RICHARD DIDN’T CHANGE SHIRTS BUT THIS IS A GOOD EXAMPLE OF HOW A CAMERA READS COLOR IN DIFFERENT LIGHTING SITUATIONS….PHOTO ON LEFT IS IN SUNLIGHT WHILE PHOTO ON RIGHT IS IN SHADE…..THE TRUE COLOR OF HIS SHIRT IS THE PHOTO ON THE LEFT 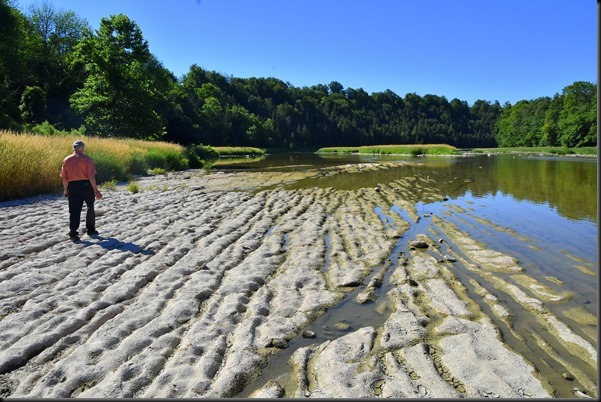 HAD OURSELVES QUITE A DISCUSSION ON HOW THESE GROOVES WERE FORMED IN THE ROCK SEVERAL MILLION YEARS AGO......BOTH RICHARD AND I ARE VERY LOGIC BASED  PEOPLE AND MANY OF OUR INQUISITIVE DISCUSSIONS REVOLVE AROUND TRYING TO FIGURE OUT AND MAKE SENSE OF THINGS THAT JUST DON’T MAKE NO SENSE AT ALL 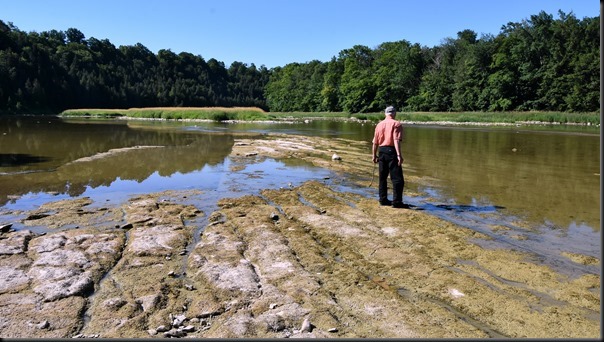 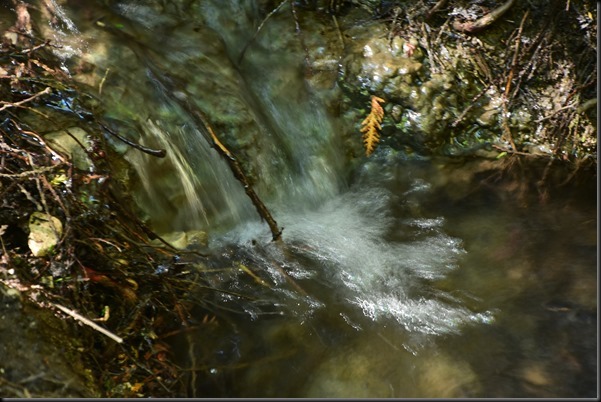 A TRICKLING LITTLE WATERFALL ABOVE AND A CLEAR CREEK BED BELOW 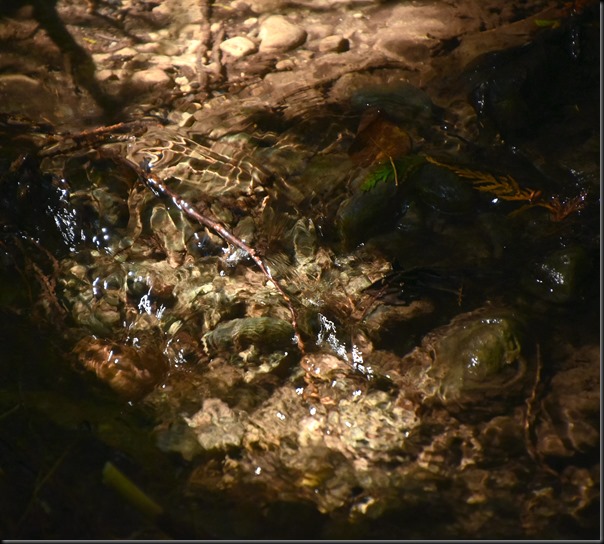 Richard and Gayle have lived in this Park for the past 11 years but awhile ago they decided it was time to move on to new adventures. Their house is now officially for sale and is one of the most unique and cozy places here in our Park.  Richard is a true and multi-talented perfectionist type craftsman and their unit and surrounding grounds reflect his artsy touches beautifully. 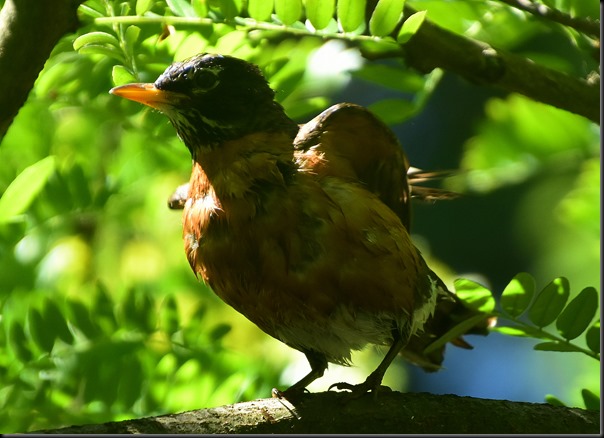 AFTER DUNKING HIMSELF IN THE COOL WATERS OF OUR BIRD BATH THIS MALE ROBIN WIGGLES AND SHAKES HIMSELF DRY IN OUR SUNBURST LOCUST TREE
I think we got up to around 72F today and that was just about perfect.  Cooled down into the 60’s after supper which was also perfect.  How nice to be saying something positive about the weather for a change instead of complaining so much about it all the time.  Ya I know………….. 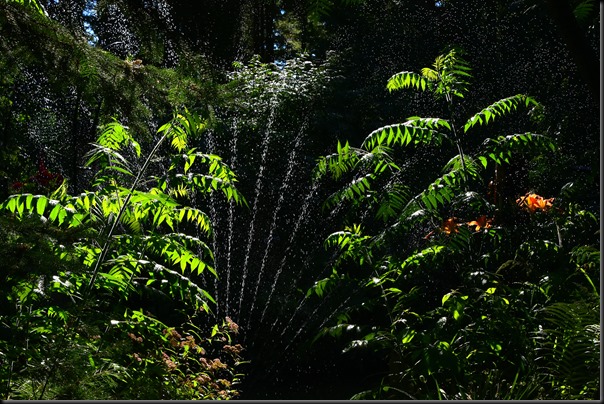 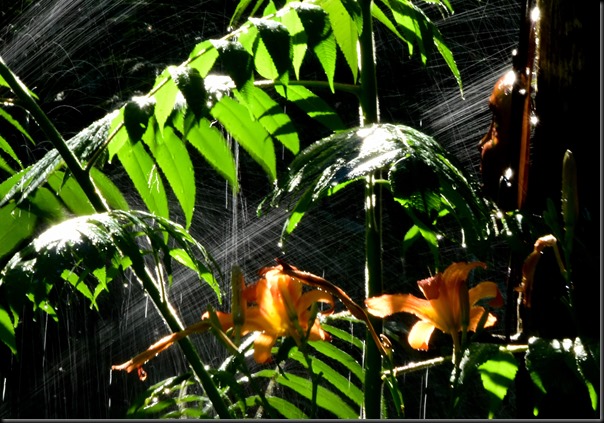 WATER CAN BE SEEN SPRAYING THROUGH THE JUNGLE 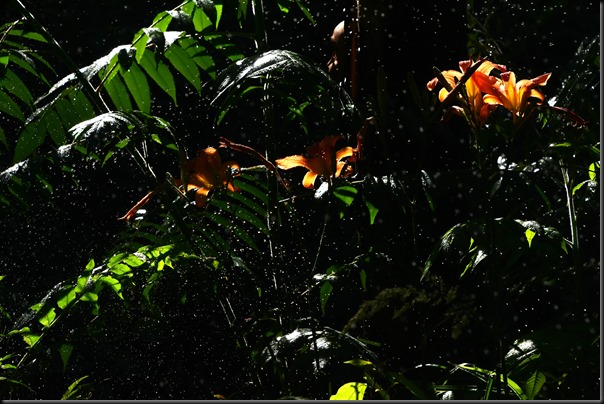 I ALWAYS CARRY MY PHONE WITH ME OUTSIDE IN CASE I GET LOST IN OUR FRONT YARD JUNGLE AND HAVE TO CALL FOR HELP
‘WOW’ how nice it was to see a post from Stew pop up on our side bar earlier tonight after a hundred and forty one days in the hospital.  The Furry Gnome although not out of the woods yet and still in hospital is once again able to communicate with the rest of we Bloggers out here in Blogland.  It was a bit of a coincidence but I had been sitting in my recliner watching a TV nature program thinking of Stew and wondering how he was making out.  A few minutes later Kelly in her recliner with her laptop said, ‘Hey here’s a post from Stew’.  You can find Stew’s latest post at Seasons In The Valley.  Good stuff Stew, keep up the good fight and may you soon have the forest floor under your boots again……………….. 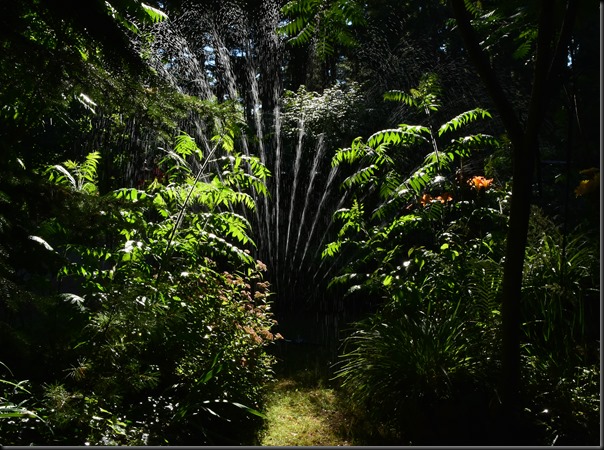 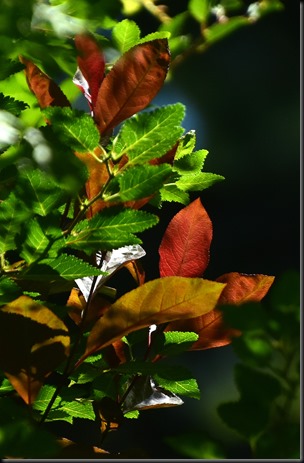