NOT WHAT I WOULD CALL MY BEST DAY 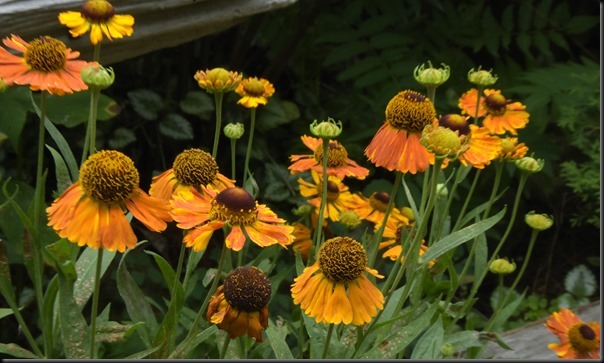 Despite Sunday night's partial clearing we woke up to mostly cloudy rainless skies.  Disappointing of course.  A sunny Monday morning would have been a nice way to start the week but I don't think it would have helped.  I was simply destined for a not so swell day.  Patches of sun this afternoon with a few patches of rain rolling through.  Humid. 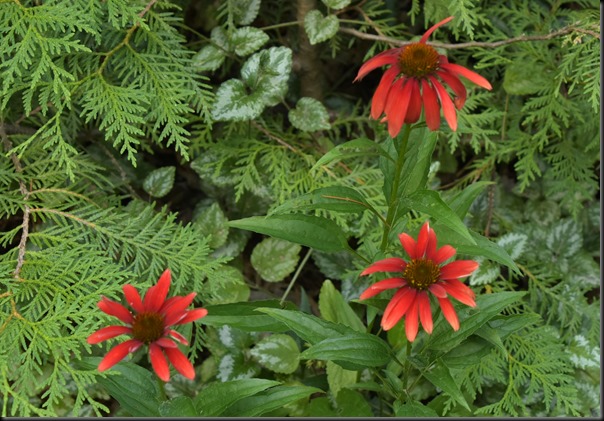 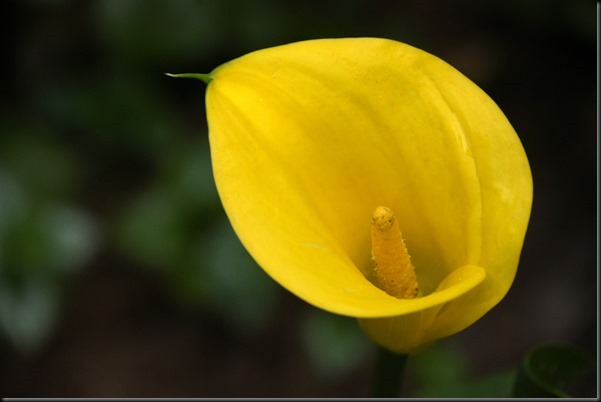 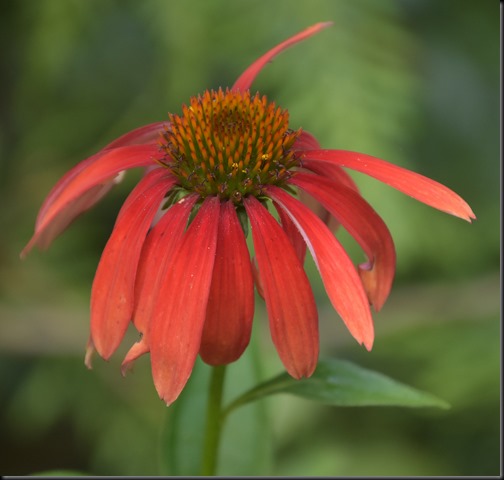 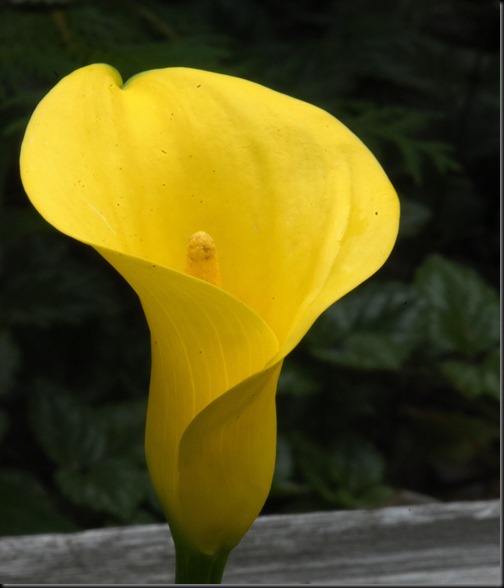 I had one of those days where I couldn't seem to get ahead.  Couldn't seem to win for losing.  If I put one sock on the other sock fell off.  Had I decided to shave I'm sure I would have been out of razor blades and if I would have found a blade I would have cut myself anyway.  Not knowing where I wanted to go this morning Pheebs and I headed out the gate, meaning to turn left towards Bayfield I turned right and headed out into the countryside.  Within a couple disgruntled miles I turned around and decided to give up and go home.  By the time I reached our Park's entrance I was mad at myself enough to keep on going.  Headed for downtown Bayfield to get a calming coffee but was too upset to stop and get it.  Instead of turning into the coffee shop I kept on going.  Decided to take a drive around Bayfield then went straight home.  Got home and felt like going someplace else so didn't go anywhere.  Then there was the on-going problem with our Sirius Satellite Radio which was instrumental in putting me into my foul early morning mood to begin with.  Our satellite radio hasn't been working the greatest for the past couple years and this morning I decided to make a stand.  Good thing we Canadians don't carry guns up here or I would have shot my Sirius Radio on the spot just to put it out of it’s misery and aggravation.  Might even have shot it twice.  However, as an angry Canadian I did give it two very nasty swats with a wet Chinese noodle.  Enough was enough, was enough alrighty already!!!!  To make a long story short (and yes it's a long story) I decided to head off to Walmart and buy a new Sirius Satellite Radio before I hurt myself.  My old Sirius Satellite Radio which wasn’t working right had probably come over on the Mayflower anyway.  At this point the new radio isn’t hooked up and working yet.  Figured why put all my eggs in one basket so I’ve saved that little aggravation to start off my day Tuesday.  Yes-yes I know…….’smooth move Ex-lax’. 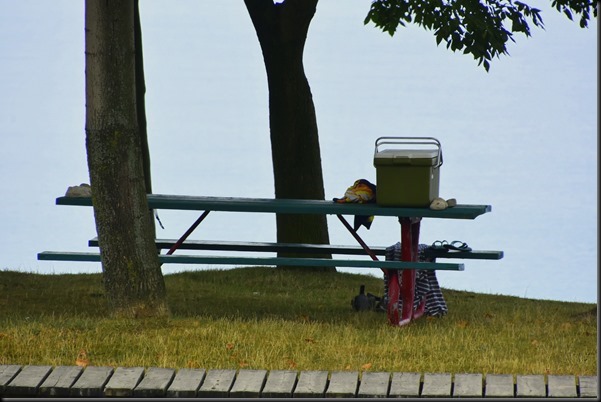 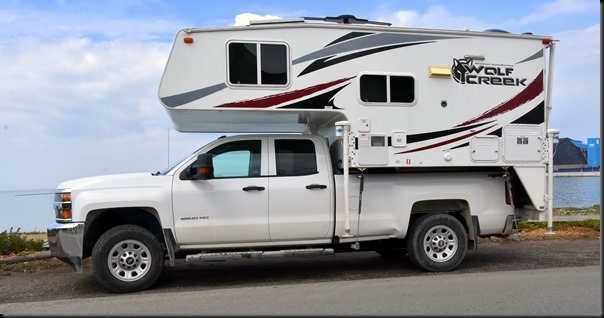 Of course at Walmart today I got into another big snit with myself over the whole Satellite Radio thing again and what radio model to buy because they only had one.  Finally decided not to buy anything and give myself a few days to settle down and think about it.  With that thought foremost in mind I bought the radio and exited the building.  Not needing a coffee I went right to Tim Hortons and got me a ‘LARGE’.  To add insult to injury I ordered myself a carrot muffin as well.  I asked the girl at the window to give me the biggest meanest roughest toughest carrot muffin they had.  She in turn gave me the biggest meanest roughest toughest look I’ve ever had so I left.  Pheebs and I slipped down to the Goderich harbor, grumbled at some road hog bicyclists, and came home.  Drove slow as I could all the way so we would get there faster. 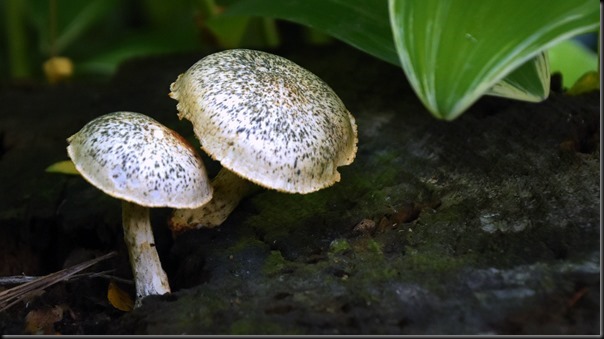 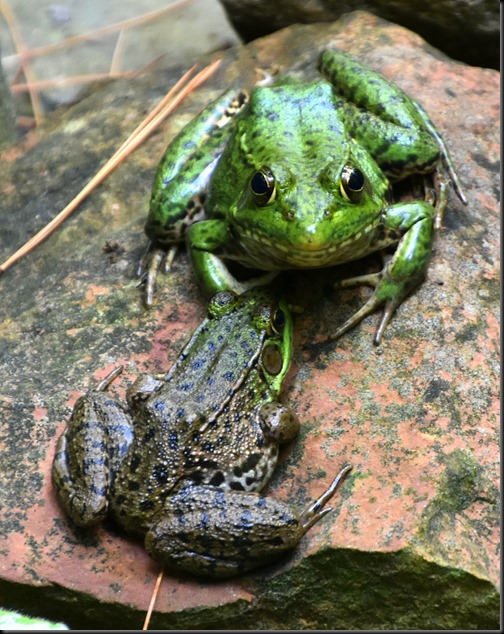 Wonder if any readers can help Stew out with a question.  In his latest post he asks, Has anyone figured out how to post from an iPad and import pictures from a cellphone?  You can find Stew, better known as ‘The Furry Gnome’ here at What Really Happened.  Believe me folks, under the circumstances Stew could really use your help on this one. 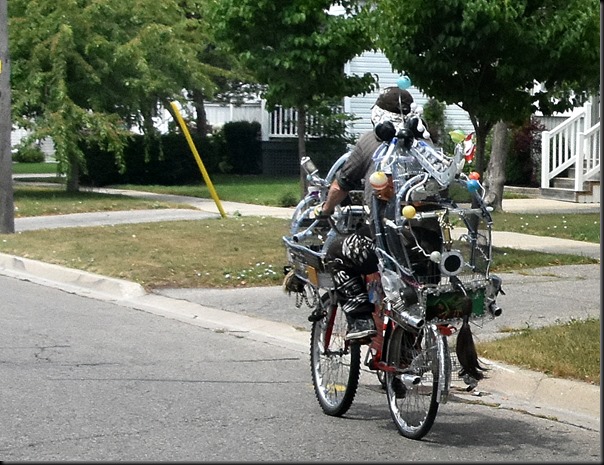 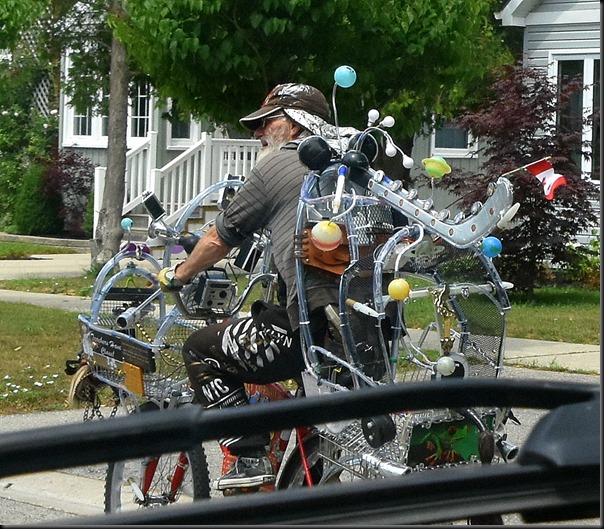 Kelly's two other daughters Sabra and Rebecca along with Rebecca's daughter Ella rolled into Bayfield's Deer Park Lodge where they met up with Ben, Bree, and the two boys.  Ben and Bree’s week-end was up and they were handing the cottage over to Rebecca and Sabra who pan to stay for the rest of the week.  Kelly slipped over to see them all for supper.  She left me at home changed to the porch.  Just as well, I was happier to be curled up in a little ball by the steps anyway.  I was in no mood for chattering voices, happy laughing and rambunctious kids (4 boys, 1 girl) flying around all over the place. Of course had I been there I doubt there would have been any happy laughing anyway.  Maybe some excited chattering though as a big 10 foot hole on the beach was dug and a jar of peanut butter placed in the bottom with instructions for me to go for a walk on the beach and see what I could find.  However I didn't fall for it so here I am again tonight sitting quite passively in our sunroom pecking away at my keyboard.  When I wake up Tuesday morning maybe I will luckily fall asleep again!!   'ANYWAY' that's about enough out of me tonight!! 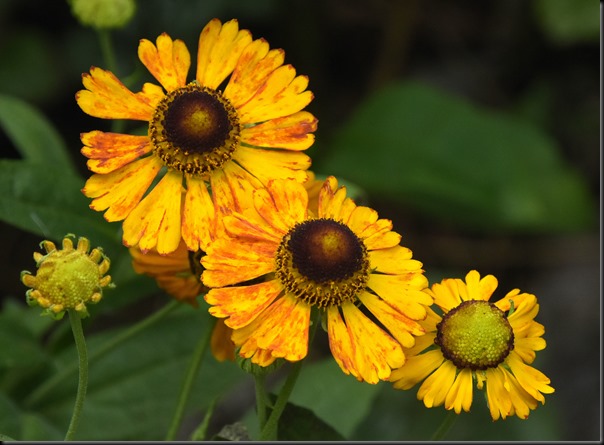 GROANER’S CORNER:(( An old Native American wanted a loan for $500. He approached his local banker. The banker pulled out the loan application, asking, "What are you going to do with the money?"  "Take jewelry to city and sell it," said the old man.  "What have you got for collateral?" queried the banker, going strictly by the book.  "Don't know of collateral."  "Well that's something of value that would cover the cost of the loan. Have you got any vehicles?"  "Yes, I have a 1949 Chevy pickup."  The banker shook his head, "How about livestock?"  "Yes, I have a horse."  "How old is it?"  "I don't know; it has no teeth."  Finally the banker decided to make the $500 loan.  Several weeks later the old man was back in the bank. He pulled out a roll of bills, "Here's the money to pay loan," he said, handing the entire amount including interest.  "What are you going to do with the rest of that money?"
"Put it in my pocket."  "Why don't you deposit it in my bank?" he asked.  "I don't know of deposit."  "Well, you put the money in our bank and we take care of it for you. When you want to use it you can withdraw it."  The old Indian leaned across the desk, looking suspiciously at the banker, and asked, "What you got for collateral?"

10 Things You Never Hear in Church
1. Hey! It's my turn to sit in the front pew!
2. I was so enthralled, I never noticed your sermon went 25 minutes over time.
3. Personally I find witnessing much more enjoyable than golf.
4. I've decided to give our church the $500 a month I used to send to TV evangelists.
5. I volunteer to be the permanent teacher for the Junior High Sunday School class.

6. Forget the denominational minimum salary. Let's pay our pastor so he can live like we do.
7. I love it when we sing hymns I've never heard before!
8. Since we're all here, let's start the service early.
9. Pastor, we'd like to send you to this Bible seminar in the Bahamas.
10. Nothing inspires me and strengthens my commitment like our annual stewardship campaign!