IT WAS A BOY’S MORNING OUT 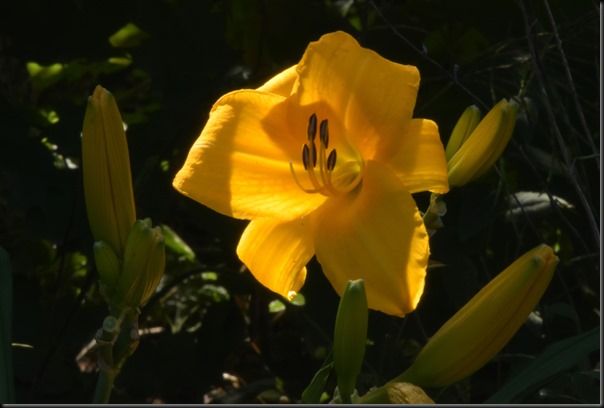 THIS  PRETTY FLOWER WAS IN FRONT OF OUR PARK’S MAILROOM

Nice cool partially overcast morning for a couple old guys to take an enjoyable coffee tour Jeep ride through the rolling rural hills of Huron County northeast of Goderich.  With McDonalds coffee and eats securely in hand we wandered up through Amish/Mennonite country waving at folks along the way. 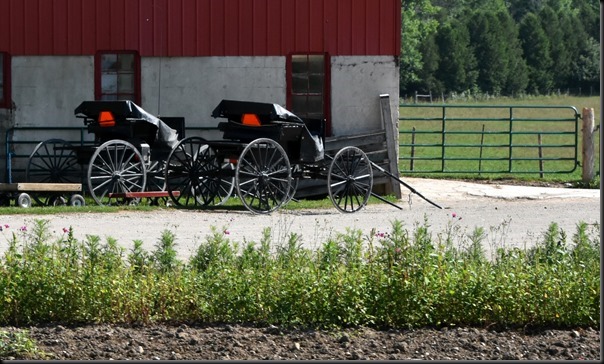 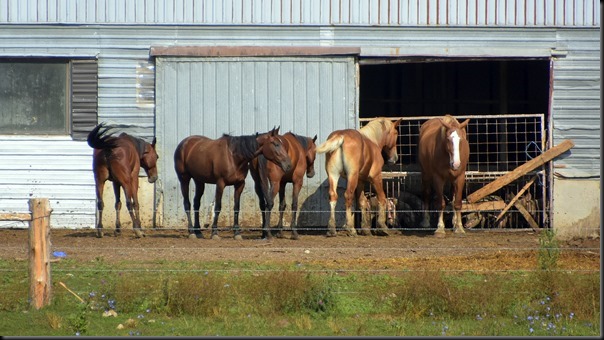 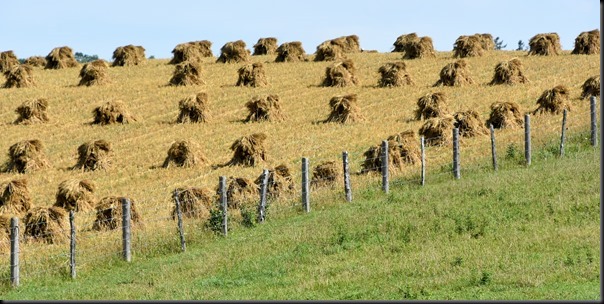 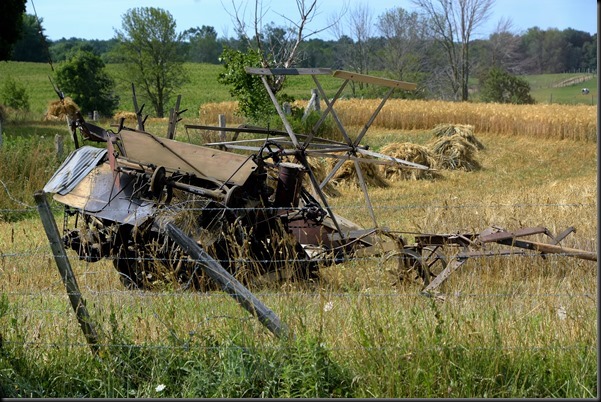 LOOKS LIKE THESE LADS ARE GETTING A BUILDING BEE TOGETHER 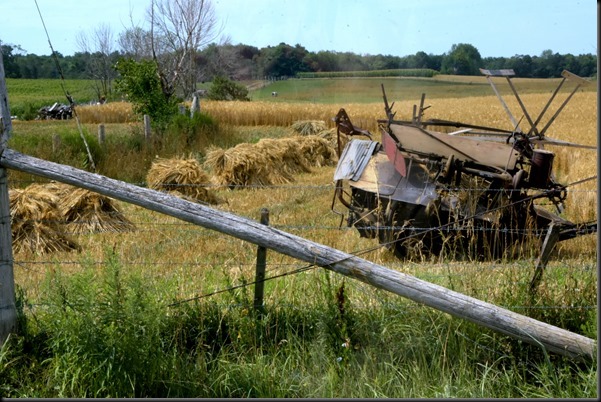 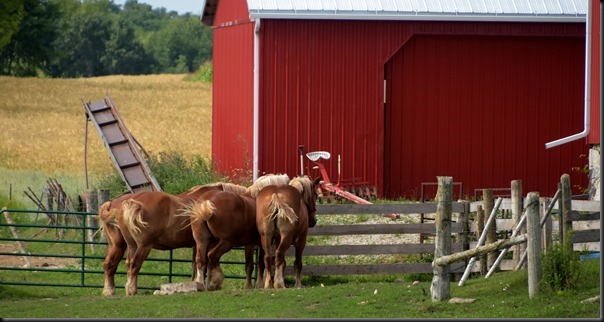 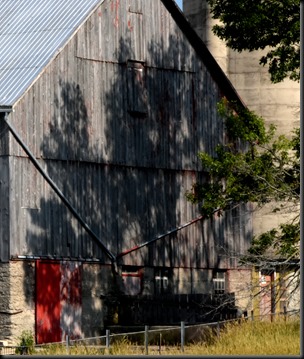 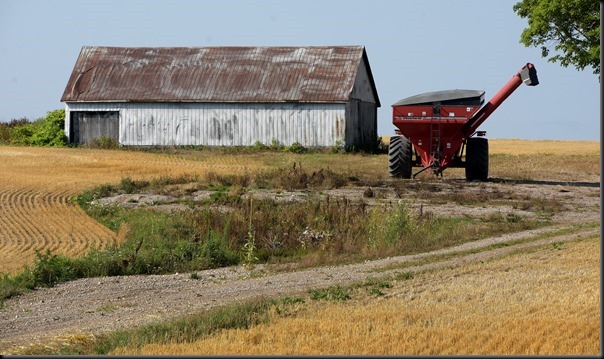 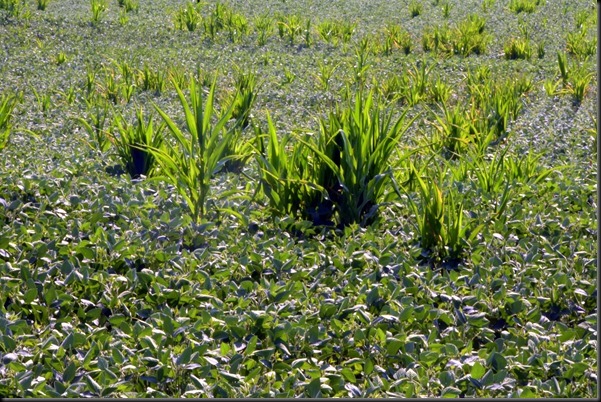 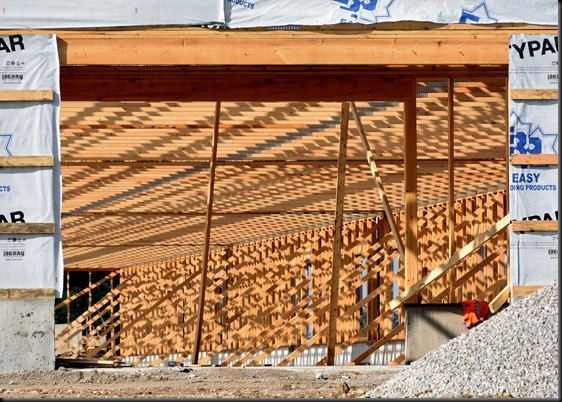 QUITE A MOSH OF LUMBER IN THAT BUILDING 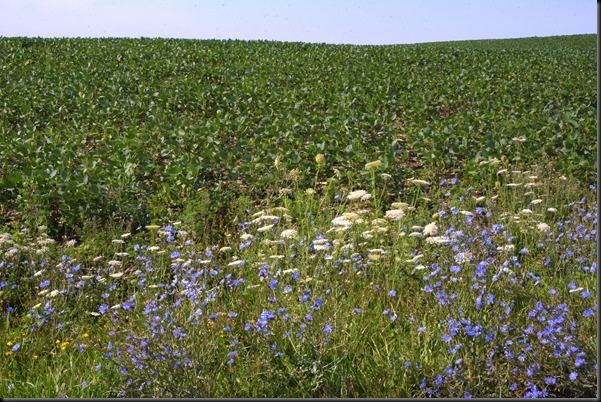 Kelly spent a big part of her day over at Deer Park Lodge and the beach with her daughter Rebecca and granddaughter Ella.  I spent a good part of my afternoon stretched out in my recliner with no more energy than a fat Gnat.  Too humid outside for me anyway.  A high of 69 predicted for Friday.  Bonus. 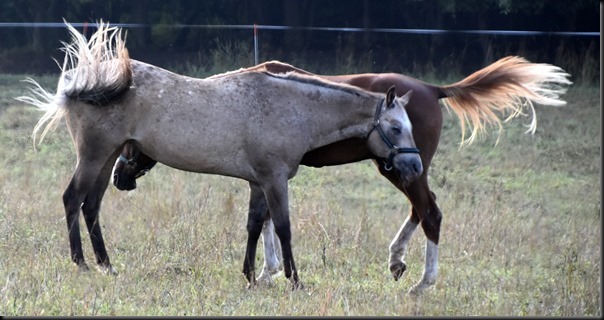 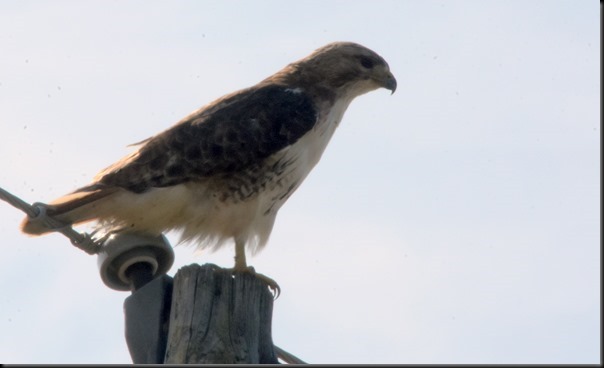 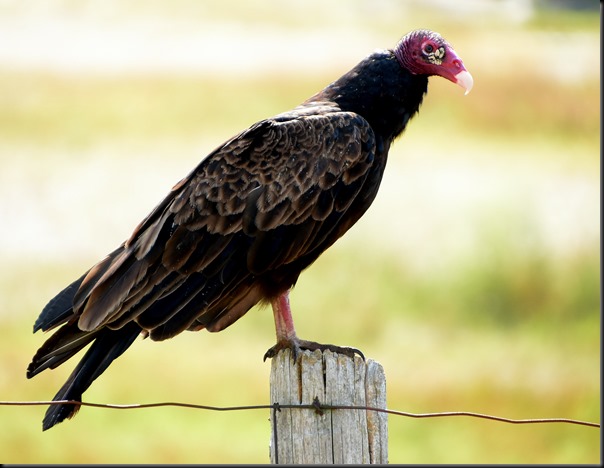 Not feeling quite up to par tonight folks so think I’ll cut this post loose and let it land where it may.  Hopefully my aging batteries will recharge overnight………… 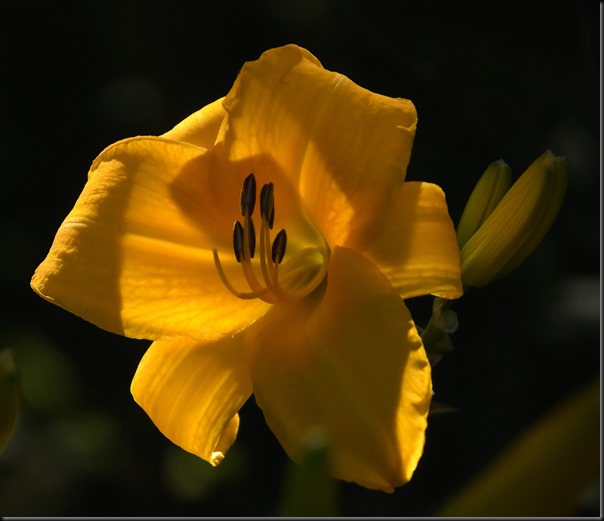 GROANER’S CORNER:(( One night, after a long evening of drinking, Jim was thrown out of the bar as usual. On his way home he spotted a nun walking down the road.  After looking at her twice he ran over and tackled her, then proceeded to beat her up pretty good.  Some people passing by spotted this and called the police.  As the police were pulling him away in handcuffs he looked back and said, "I thought you'd be tougher than that, Batman."