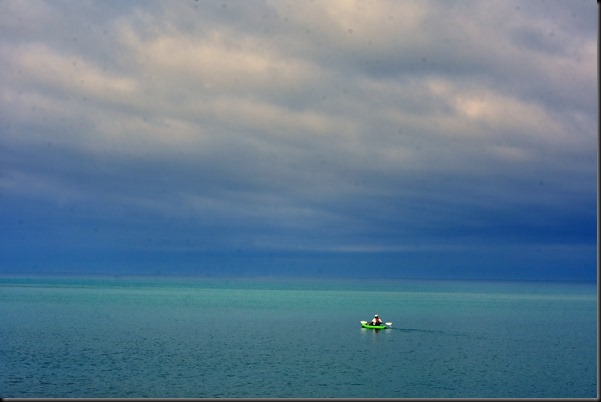 Well first things first so Pheebs and I were off to Walmart in Goderich to exchange the Sirius Satellite Radio and Boombox combination I had bought Monday for just the radio alone.  We had determined the new Sirius radio would fit our old Boombox so there was no need of spending money on a new Boomer.  We use that satellite radio with the Boombox when we are parked somewhere in the Motorhome.  The radio sits docked to the Boombox right beside my chair and I can plug my headphones into it and listen to my music at night while Kelly sits a few feet away watching her night time TV shows.  However, last year neither one of us watched much TV at all.  In fact we might just end up not even taking our satellite dish this year.  Why pay all that money every month when we don't watch much TV while on the road anyway. 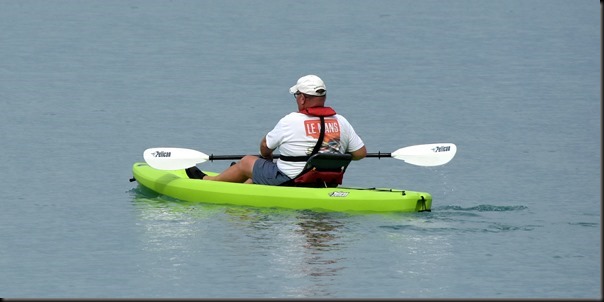 OUT AND ABOUT FOR A PADDLE ON THE 3RD LARGEST FRESH WATER LAKE IN THE WORLD ….. LAKE HURON

While in Goderich under gray skies I figured we'd probably not get any rain so I took a chance and washed the Jeep at a car wash.  Twenty minutes later we drove all the way back to Bayfield in the rain and dirty wet road grime. 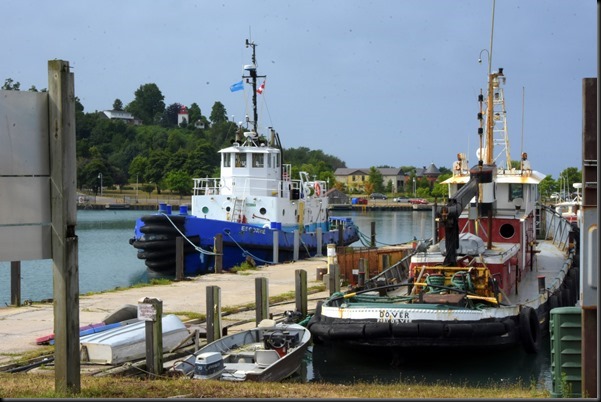 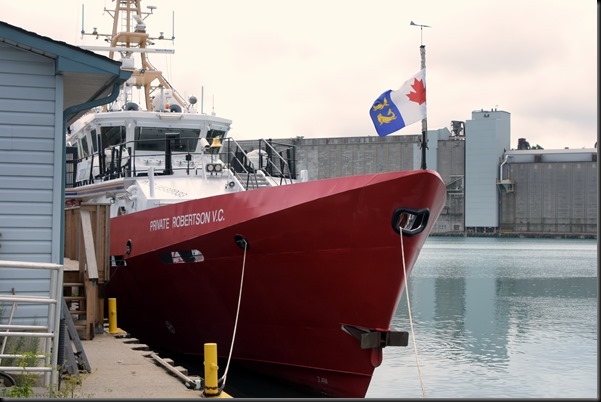 NOTICED A LARGE RCMP POLICE BOAT DOCKED NEAR THE SALT MINE 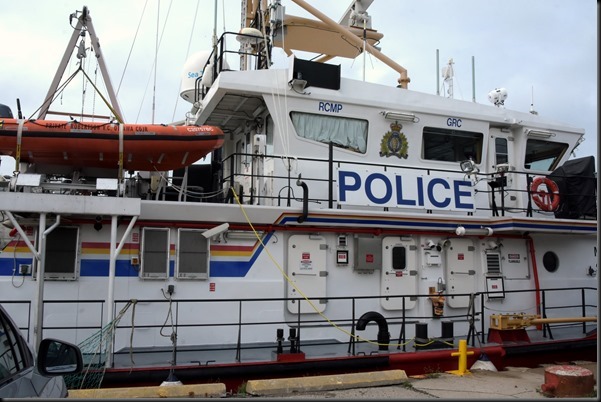 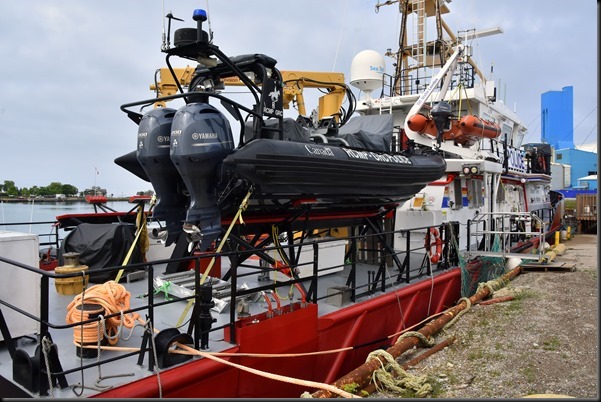 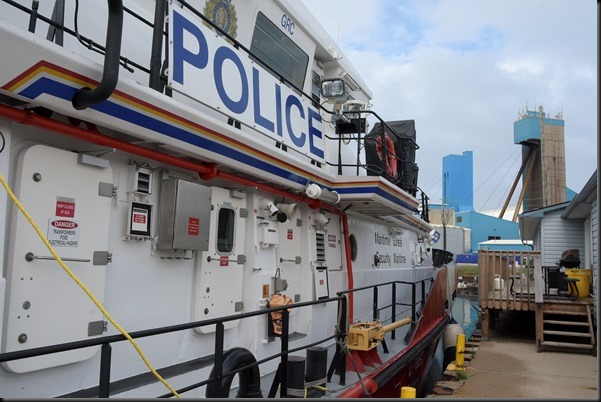 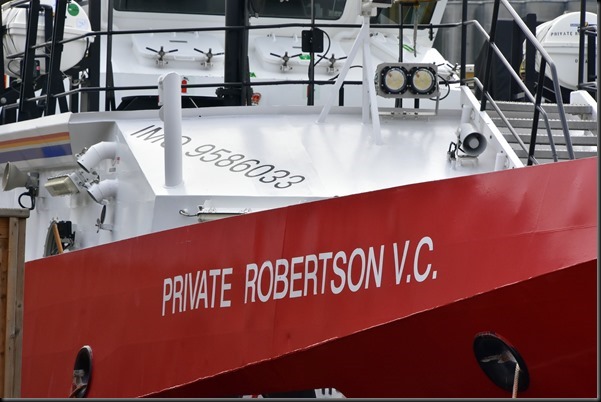 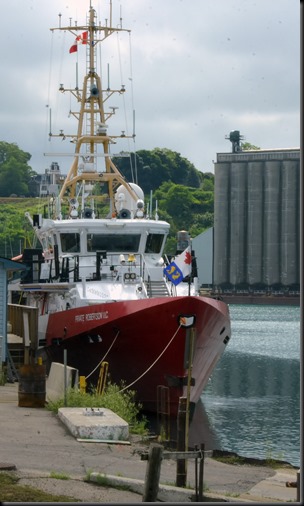 Took a bit of stormy grumping on my part to ruffle the smooth satellite radio installation waters with Kelly of course keeping everything on an even keel.  I seem to get myself in such a snit over the simplest things.  Amazingly enough the new radio and antennae worked just fine and the reception is much better than before.  I nearly went into shock.  Why didn't I switch radios two years ago instead of letting that extremely annoying radio reception aggravate me so bad for so long.  Why do men have a habit of doing these things to themselves!! 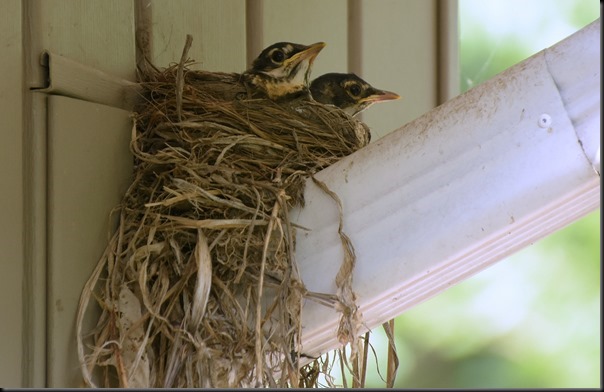 WE HAVE A COUPLE BABY ROBINS NEAR OUR FRONT PORCH

Bad humidity today so after squaring away the satellite radio set-up I had to head inside strait away to take advantage of a cooling shower plus a house full of wondrous air conditioned air. 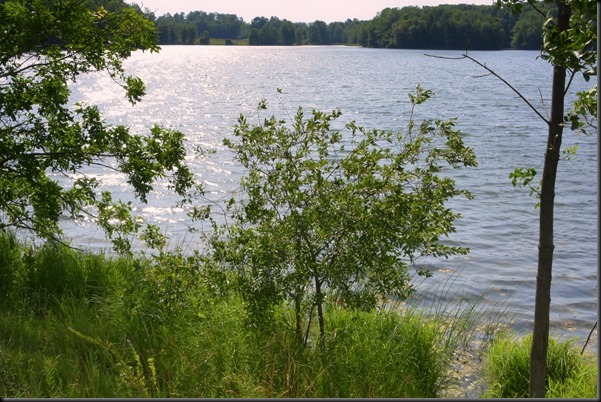 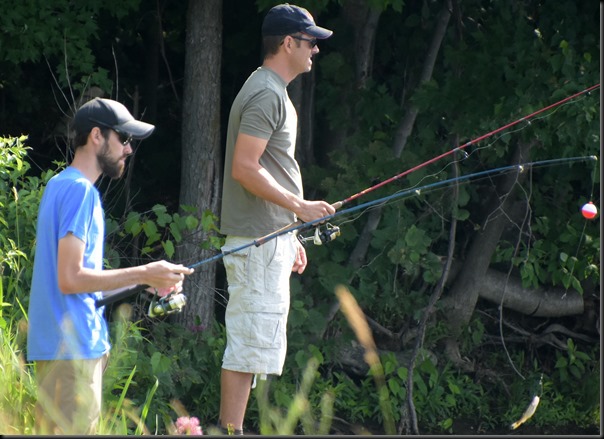 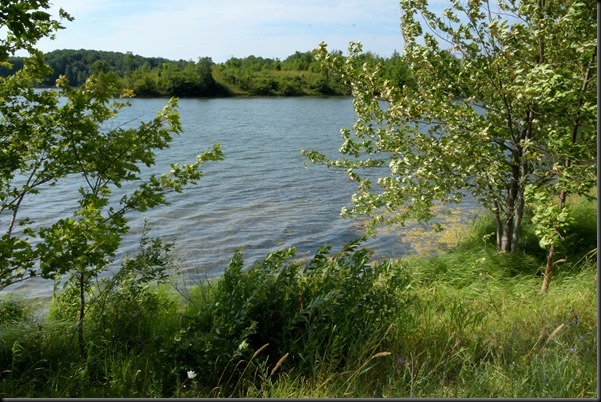 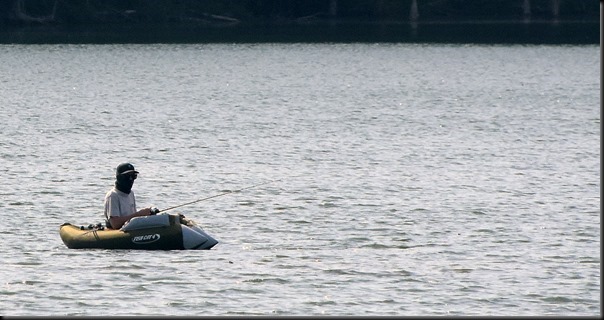 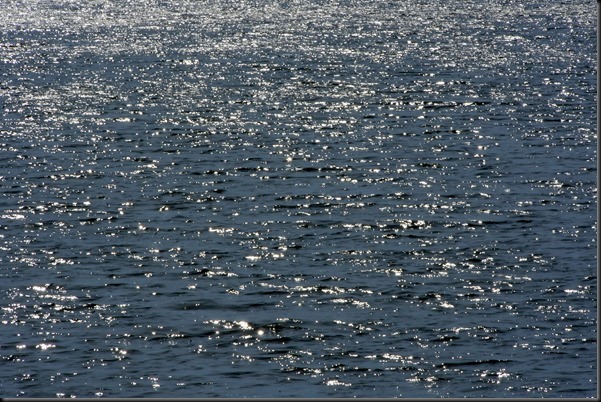 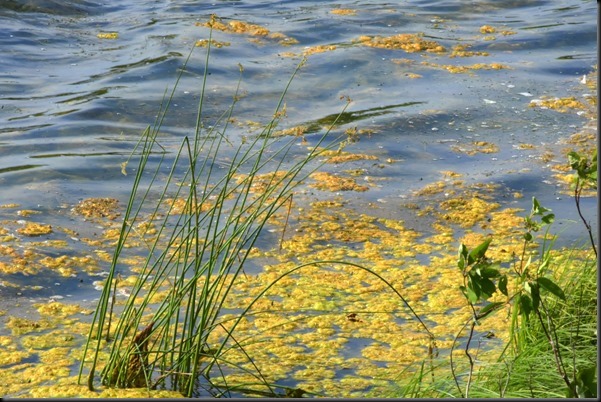 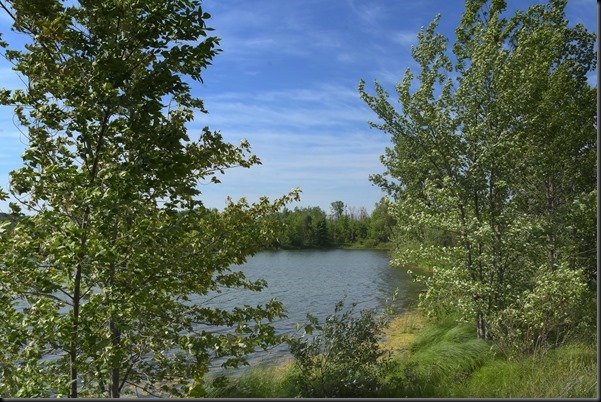 With 2 daughters and 3 grandchildren over at nearby Deer Park Lodge Kelly has been getting some time in these past few days visiting with her daughters and their children.  They all headed out for supper tonight at The Docks.  Nobody rattled my chain so I stayed curled up and happily quiet by the front porch steps.  My other four pawed front yard Pals call me old ‘Mudgy’….. it’s short for old ‘Cursmudgeon’!! 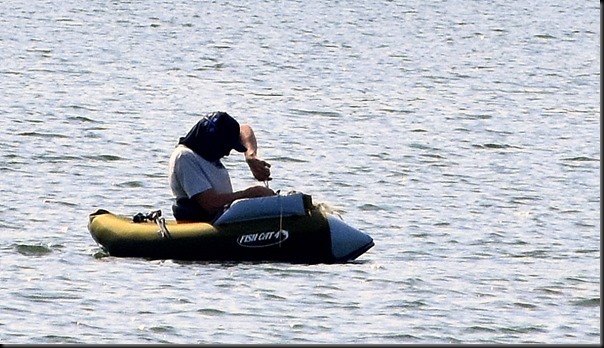 ‘GEEEZZZZZ, THERE’S GOT TO BE MORE THAN ONE WAY TO OPEN A BEER’ 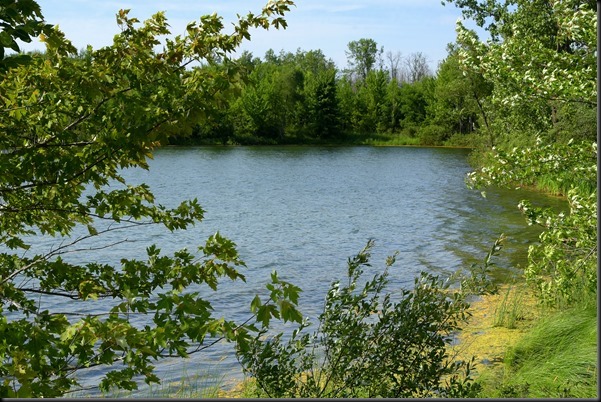 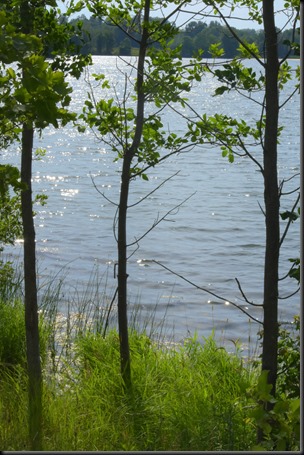 GROANER'S CORNER:((  A guy goes into a bar, orders twelve shots, and starts drinking them as fast as he can. The bartender says, "Why are you drinking so fast?" The guy says, "You would be drinking fast, too, if you had what I had." The bartender asks, "What do you have?" The guy answers, “about .75 cents."

Why did the robber take a bath before he robbed the bank?  He wanted to make a clean getaway.

ATTORNEY: Is your appearance here this morning pursuant to a deposition notice which I sent to your attorney?
WITNESS: No, this is how I dress when I go to work.