WOULD YOU BELIEVE WE HAVE NEVER HAD A SERIOUS ARGUMENT IN 25 YEARS:)) 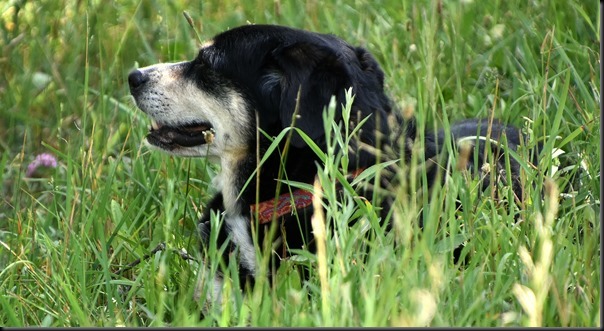 Despite being up past midnight watching the documentary channel Monday night I managed this morning somehow ‘not’ to role out on the wrong side of my recliner.  With both left feet on the floor I commenced the day on an even keel.  Bravo! 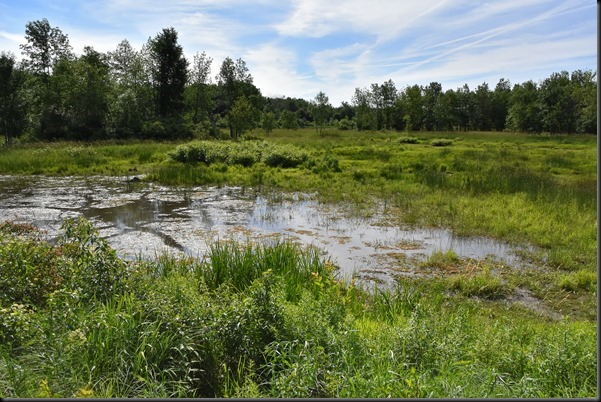 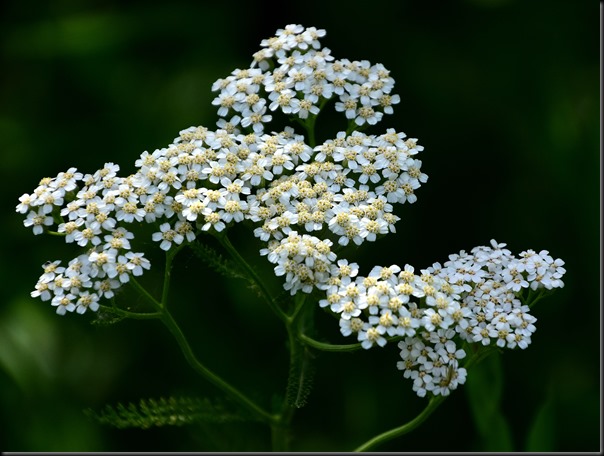 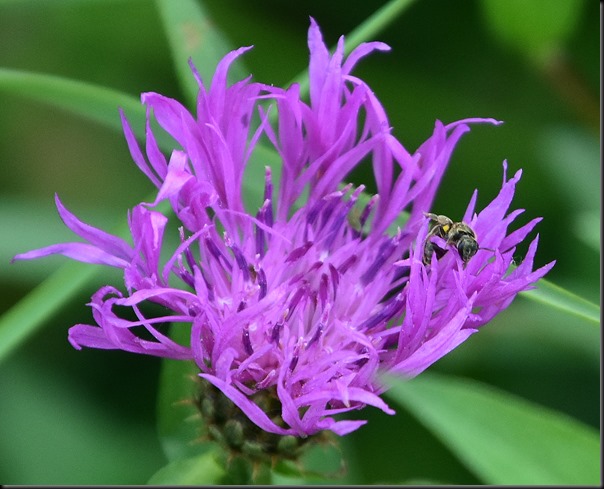 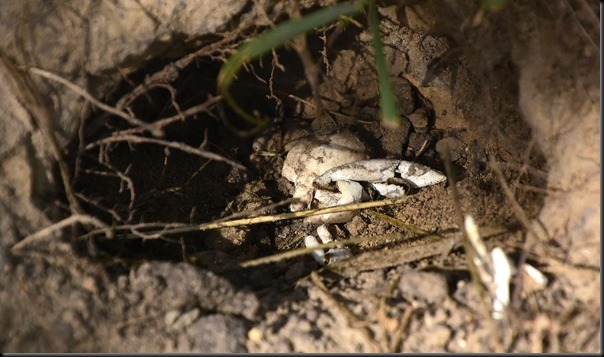 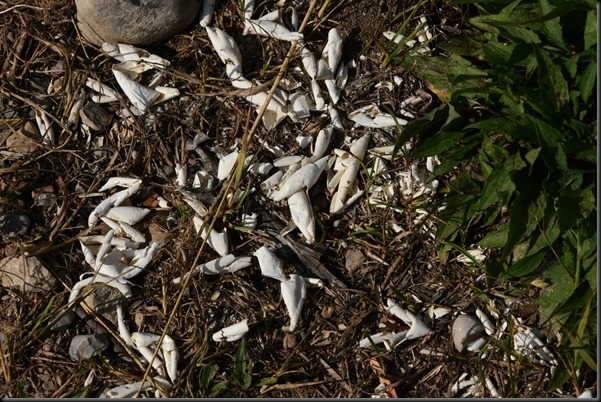 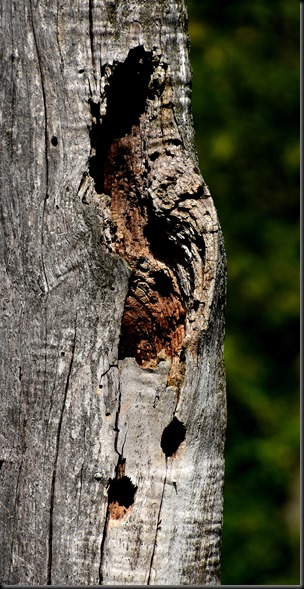 With temperatures in the low 50’s and a brisk breeze from the east keeping insects at bay I figured it would be safe to venture over to the Hullett Marsh so with coffee in hand from Clinton’s Tim Hortons that is just what we did. By the way we have had a Special Weather Statement Issued this afternoon at 15:28 Tuesday 26 June 2018  ‘Potential for heavy thunderstorms Wednesday followed by an extreme heat event for the Canada Day long weekend’.  Good news about more rain but bad news about more heat and  it’s miserable sidekick…….humidity!!  I think they are talking +90F. 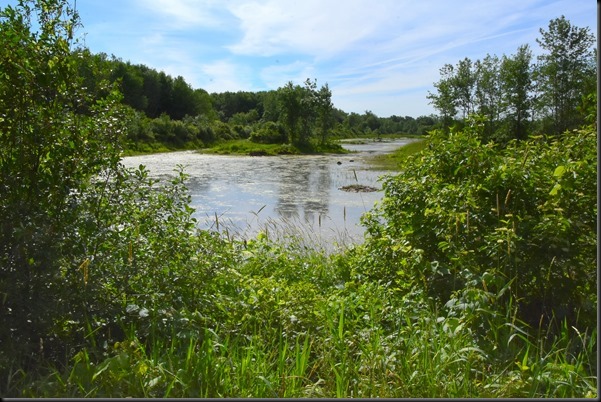 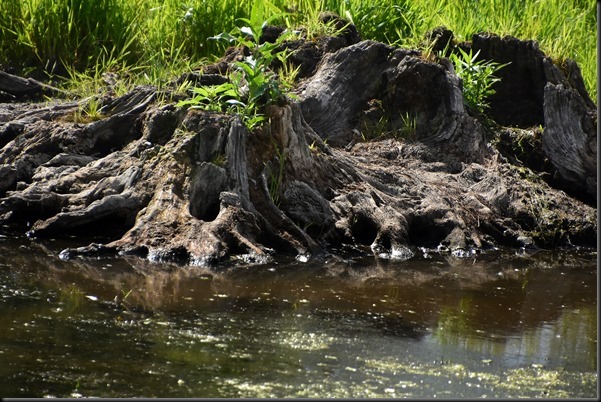 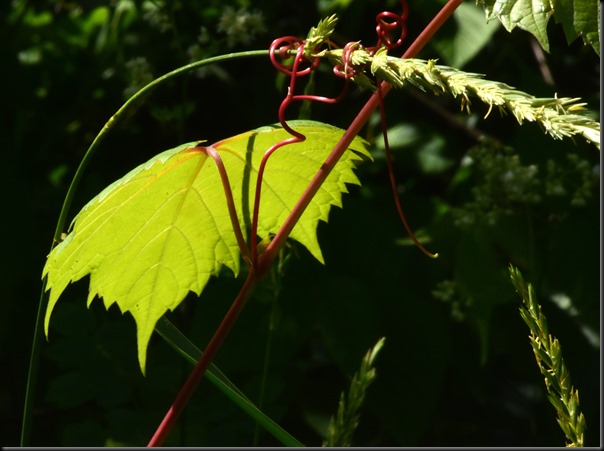 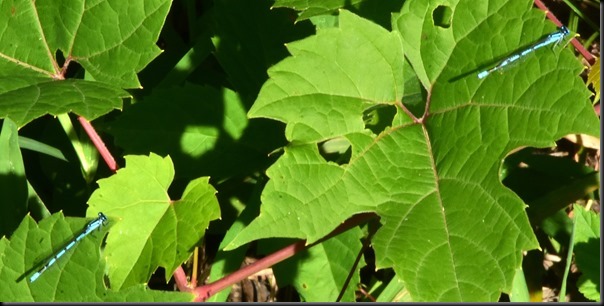 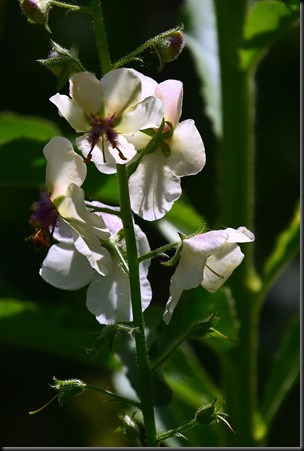 Didn’t see much in the way of animal life and only one frog.  Not even any birds in the air.  We were lucky enough to have a half hour bug free walk but as old Sol slowly crept up into the eastern sky temperatures began to rapidly rise and I soon heard the tell-tale sounds of buzzing Deer Flies.  Our walk immediately ended and it was back to the Jeep we headed.  But at least we had got out for a walk and that was the main thing.  No point in stopping anywhere else with biting bugs out and about so it was home we went. 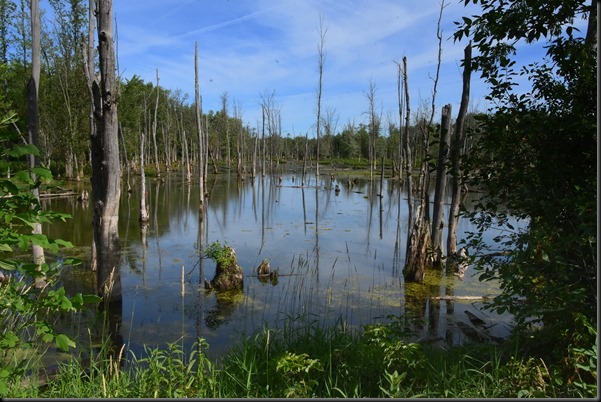 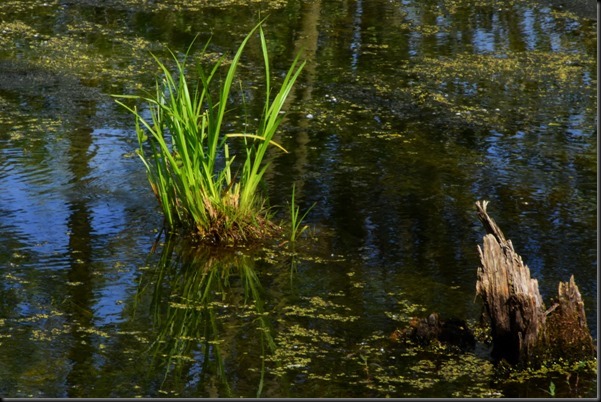 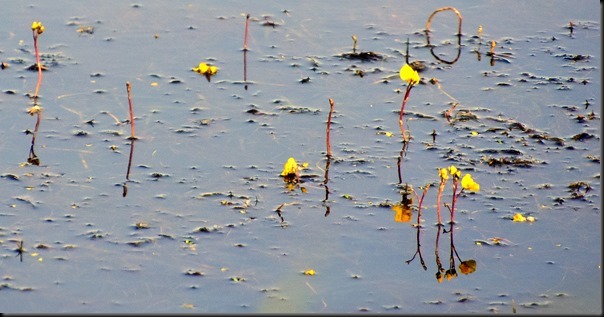 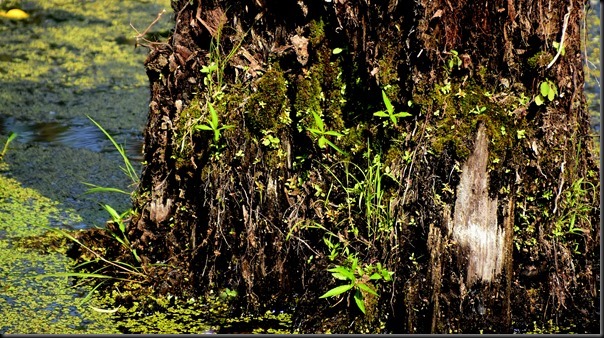 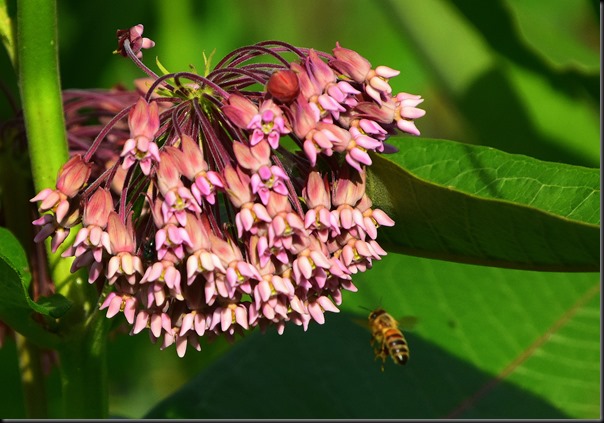 A BUSY LITTLE BEE BUZZES AROUND A MILKWEED FLOWER
I’m not a big Facebook enthusiast and it’s not a site I spend much time on but boy oh boy it bugs me when things do not work properly.  I noticed about 3 weeks ago after a Windows 10 update that my Facebook had somehow changed.  I lost the ‘Memories Look Back’ I had been so fond about.  I also noticed anytime I clicked on Facebook it only brought up maybe 2 people’s sites and other times just said ‘Welcome To Facebook’.  Well it was Kelly to the rescue today and she fixed it so now when I do happen to go there at least the darn fool thing is working properly again.  Don’t know if I have the ‘Memories’ thing back or not yet though and that is what I liked best about Facebook. 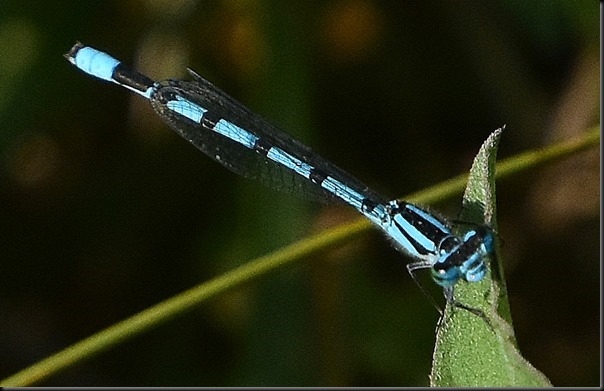 THERE WERE NUMEROUS DRAGONFLIES EVERYWHERE 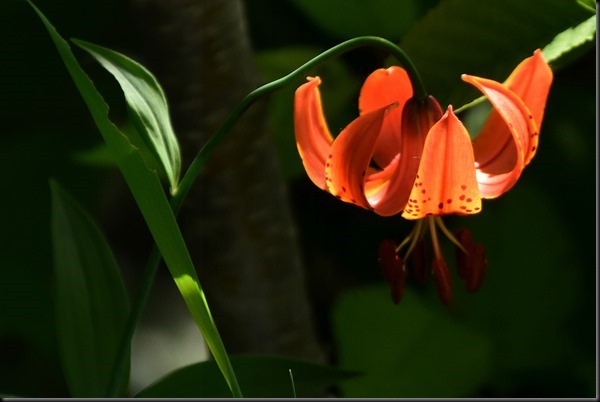 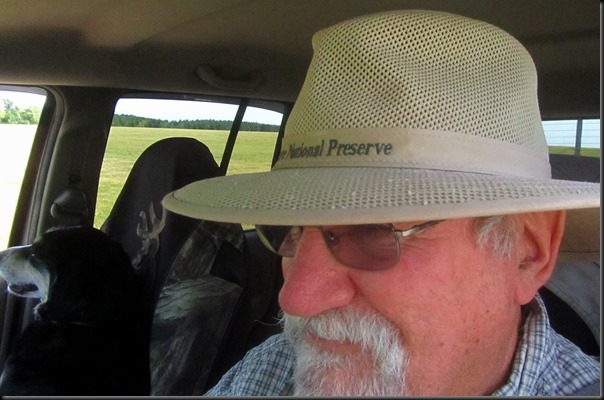 VERY HAPPY TO HAVE MY NOODLE NOGGIN TUCKED SECURELY UNDERNEATH MY NEWLY CLEANED AND VERY MUCH MOST FAVORITIST CALIFORNIA MOJAVE NATIONAL PRESERVE HAT AGAIN……AND HERE’S A LINK TO MY POST FOR THE DAY  I BOUGHT THIS HAT ON FEBRUARY THE 8TH 2015 ….. KELSO DEPOT….. REMEMBER THAT AT THE BOTTOM OF EACH POST YOU CAN MOVE A DAY AHEAD OR A DAY BACK FROM THE POST YOU ARE READING BY SIMPLY CLICKING ‘OLDER’ OR ‘NEWER’  ….. WE WERE IN THE MOJAVE FROM FEBRUARY 4TH TO 9TH …… IF YOU CHECK OUT OUR  DAYS THERE YOU WILL SEE SOME NICE PHOTOS EVEN IF I HAVE TO SAY SO MYSELF:))
I’m not what you might call a confrontational fellow.  It just isn’t in my nature to be that way and I am the type of person who crosses the street in order to avoid trouble.  Don’t like to see people arguing or fighting.  I have memories of that as a young child and it has left it’s mark.  If confronted with an argument I have to be aware of my quick temper and walk away.   If I lose my temper nobody wins.  For people like me it is not always easy having to cross that street but it has to be done at times.  Kelly is the same way and would you believe we have never had an argument since the day we met back in the summer of 1993 twenty five years ago.  Yes we’ve had our differences of course but we have always been able to discuss and talk things through without reverting to arguing about it leaving behind irreparable hurt feelings.  I’ve said it before and I’ll say it again, I have the best wife of any guy on the Planet and of course that begs the question,  ‘how in the heck did that ever happen to a character like me’??  Say, now there’s a subject I could probably write a book about……………:)) 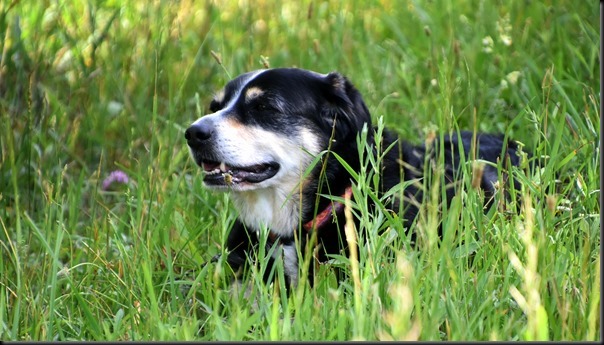