TO LONDON’S UNIVERSITY HOSPITAL AND BACK 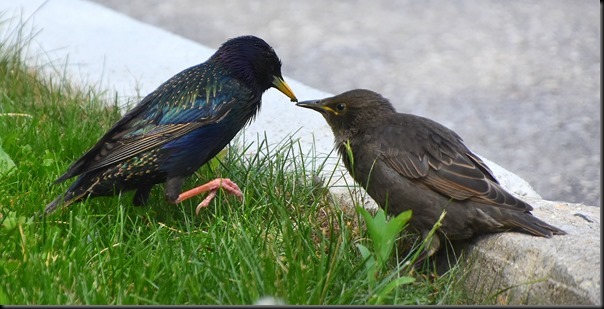 Cloudy skies Friday morning found all three of us in the Jeep rolling out the driveway about 9:30 heading for London's University Hospital.  Kelly had a Cat Scan appointment for 11 o'clock.  This is always an Okay drive with 90% of it being in the countryside.  We live north of London and the hospital is at the northern end of the city making it an easy drive for us to get there. 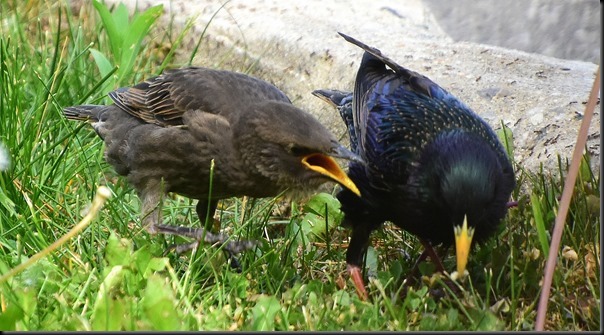 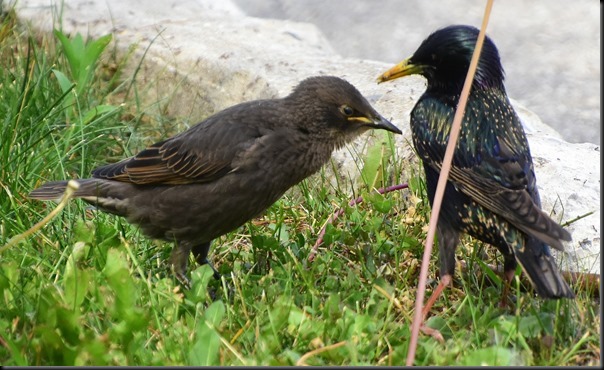 ‘NOW JUNIOR YOU REALLY MUST LEARN TO FEND FOR YOURSELF’ 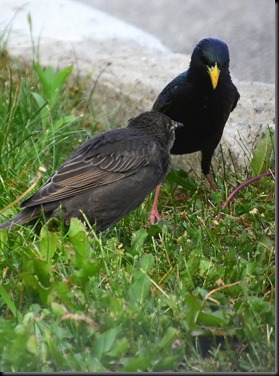 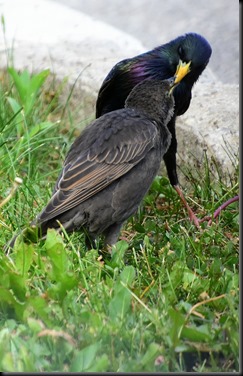 ‘AWWWW MOM DO I REALLY HAVE TO’

‘HEEEEEEYYYYYY MORE FOOD MORE FOOD ARE YOU LISTENING TO ME!!!!’ 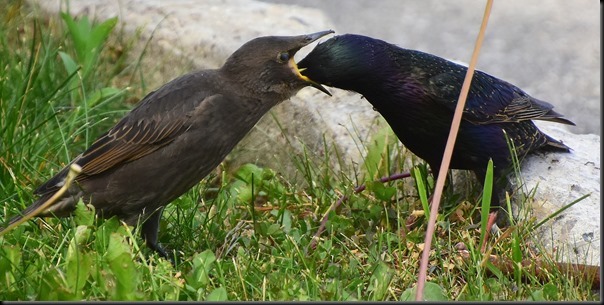 ‘ ALRIGHT JUNIOR BUT THIS IS THE LAST TIME FOR SURE’ 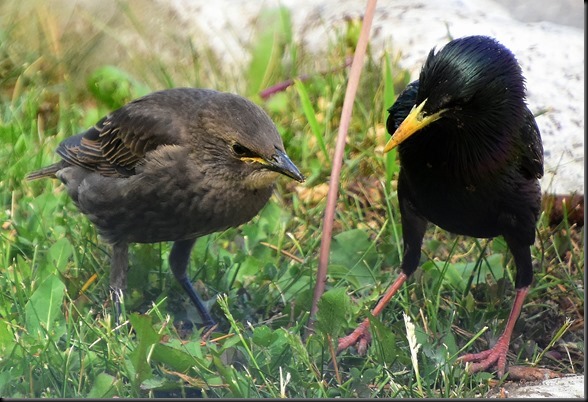 ‘OKAY MOM SORRY FOR YELLING AT YOU, I THINK I CAN DO IT ON MY OWN NOW’……’THAT’S MY BOY’

Dropping Kelly off at the hospital's main door about 10:35 Pheebs and I beetled ourselves back to Masonville Mall to await her phone call to pick her up.  There's a partially fenced and treed grassy area at the mall's southeasterly parking area where Pheebs and I can get out for a walk.  When my phone hadn't rung by noon we cruised back to the hospital just in case something had gone amiss with the phones.  I don’t trust those new darned fangled things.  Spotting a rare parking spot near the main entrance I was no more parked when my phone rang.  Seconds later Kelly spotted the Jeep from the hospital lobby and we three were soon on our way again.  First stop of course was McDonalds since Kelly hadn't had anything to eat since 6 p.m. Thursday night.  With burgs and coffee in hand I kicked on the Jeep's A/C and we were on the road headed home under warm sunny skies. 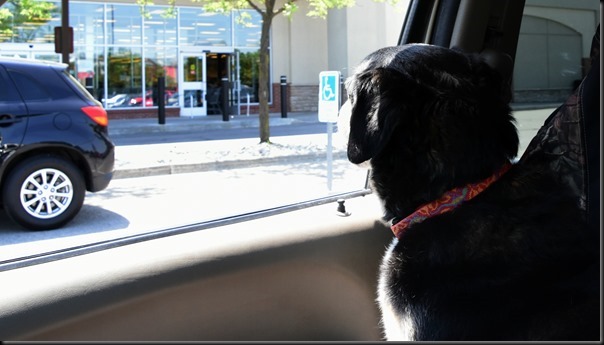 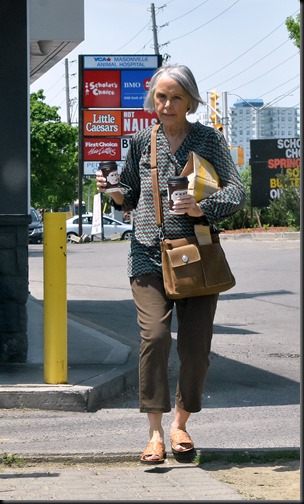 Other than power washing all the pine pollen off the Jeep and Kelly's car before we left home earlier this morning that was about it for the day.  Except after we arrived home I noticed Kelly's car was full of pine pollen again.  I thought the pollen peril had ended.  I was wrong.  Guess I'll be washing the vehicles all over again.  Don’t even ask me what a mess that pollen has made of my waxing job on the Motorhome!! 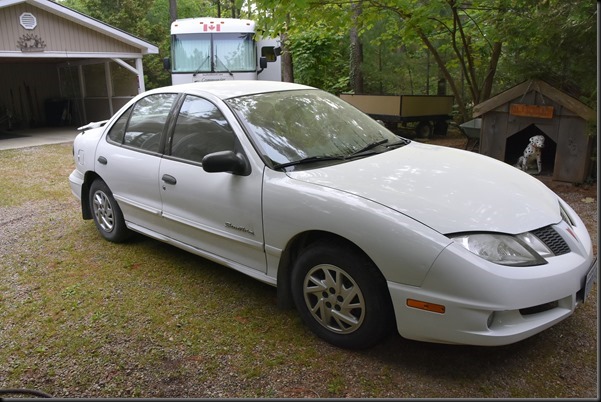 PINE POLLEN IS LIKE A FINE YELLOW TALCUM POWDER 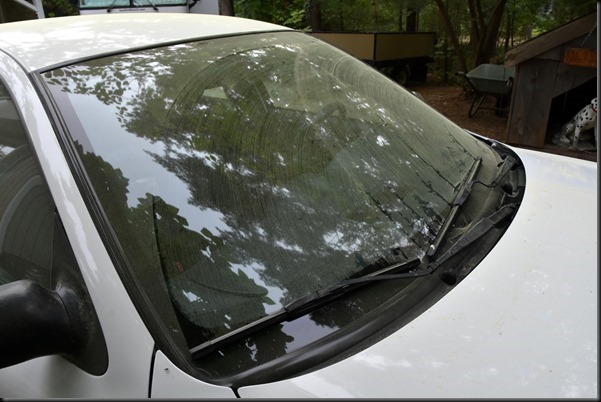 GOOD LUCK SEEING OUT THAT WINDSHIELD 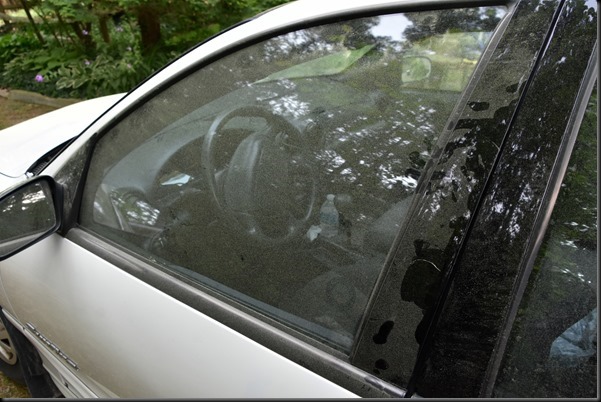 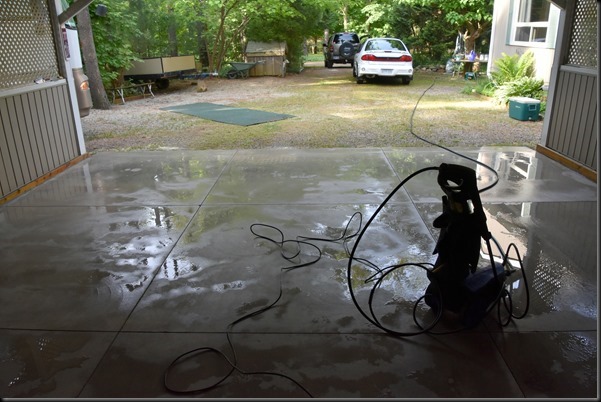 It’s amazing to think here it is June already and we are less than two weeks from the longest day of the year.  I’m beginning to think it’s true about time going much faster as one ages.  It seems that slippery slope of life is now tilting even further even faster.

‘DO YOU LOVE ME WALTER?’

‘I DO MY SWEETS AND WITH ALL MY HEART’

‘TO PROVE MY LOVE I OFFER YOU THIS SEED’

‘THANK YOU WALTER’………’YOUR WELCOME MY DEAR’

After Thursday's long post with way too many photos I thought I would try to come up with a shorter version of a post tonight.  Even I get tired of my own long posts sometimes...………………… 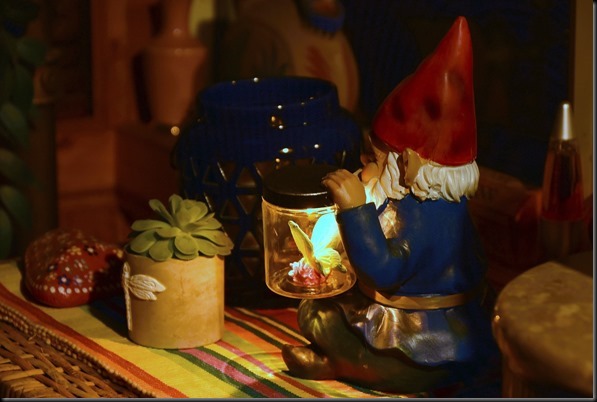 LITTLE ELLA’S GNOME WHOM WE HAVE NAMED ‘ELLARD’

GROANER’S CORNER:((  During one of his many trips to London, George Burns became friends with a very wealthy, yet very modest, Jewish chap named Hyman Goldfarb. On one visit, Hy told George that because of his large donations to charities through the years, the queen wanted to knight him, but he was going to turn it down."That's a great honor," George said. "Why would you turn it down?""Because during the ceremony you have to say something in Latin," he said. "And I don't wish to bother studying Latin just for that.""So say something in Hebrew. The queen wouldn't know the difference.""Brilliant," Hy complimented me, "but what should I say?""Remember that question the son asks the father on the first night of Passover? ... 'Why is this night different from all other nights?' Can you say that in Hebrew?""Of course," he said. "Ma nishtana ha leila hazeh. Thank you, old sport, I shall become a knight."At the ceremony Hy waited his turn while several of the other honorees went before the queen. Finally they called his name. He knelt before Her Majesty, she placed her sword on one shoulder and then on the other, and motioned for Hy to speak.Out came "Ma nishtana ha leila hazeh."The queen turned to her husband and said, "Why is this knight different from all other knights?"

One day an Englishman, a Scotsman, and an Irishman walked into a pub together. They each bought a pint of Guinness. Just as they were about to enjoy their creamy beverage, three flies landed in each of their pints, and were stuck in the thick head.  The Englishman pushed his beer away in disgust.  The Scotsman fished the fly out of his beer, and continued drinking it, as if nothing had happened.  The Irishman, too, picked the fly out of his drink, held it out over the beer, and started yelling, "SPIT IT OUT, SPIT IT OUT, SPIT IT OUT!!!"