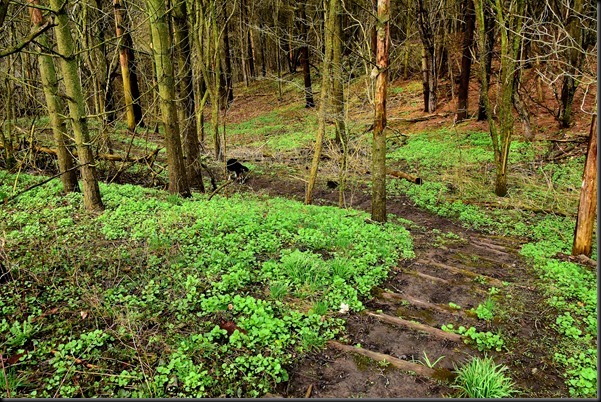 ANOTHER MORNING’S WALK IN THE FOREST

A fast moving heavy rain deluge went through in the night and I expected it to be markedly colder first thing this morning but imagine my surprise when the temperatures went the other way.  Even had us a nice blast of sunshine today as high gusting winds ushered in another weather front.  Checking our weather channel at 2 o'clock this afternoon I saw this....'Conditions are favorable for the development of severe thunderstorms that may be capable of producing strong wind gusts, large hail and heavy rain.  Severe thunderstorms possible this afternoon as a cold front blasts through.  The main threat is damaging wind gusts to 110 km/h or about 70mph. 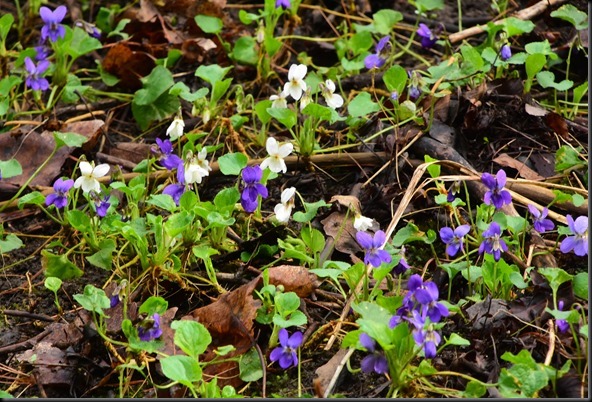 FOREST FLOOR FLOWERS AND THEY HAD A WONDERFUL FRAGRANT AROMA 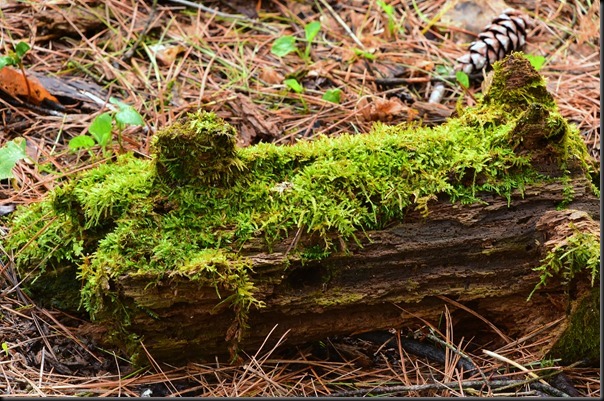 A RESTING BENCH FOR WEARY WALKERS

Pheebs and I made a routine run to Goderich and stopped at a nature trail for a walk on our way back home.  Due to overnight rain trails were on the muddy side so we didn't get ourselves as far as we would have liked. 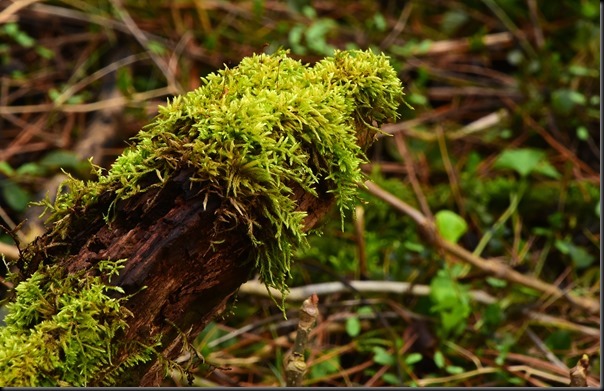 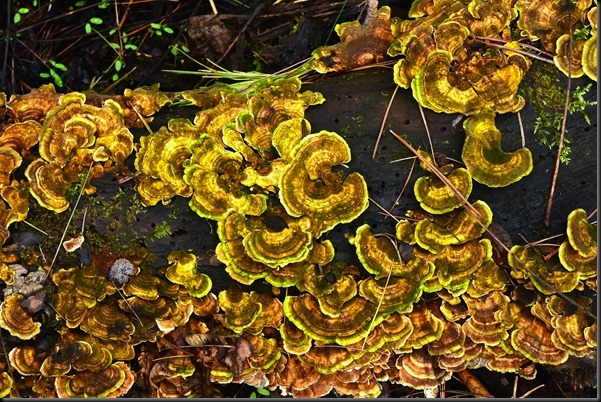 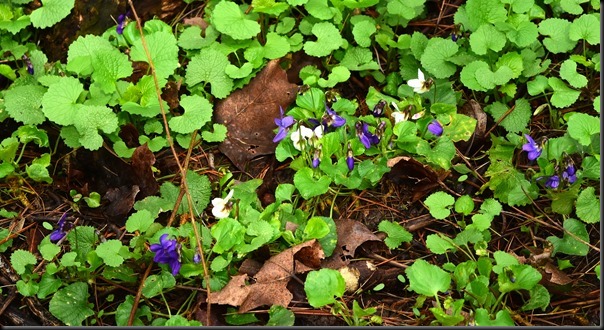 I AM GUESSING THESE FLOWERS TO BE VIOLETS 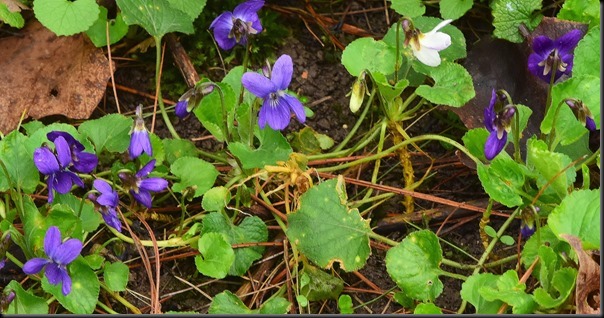 With winds gaining strength as the day went on I fired up the Motorhome and headed into Bayfield to fill up the propane tank knowing with those gusting winds we could easily lose our power at any minute.  At the time of posting this tonight our afternoon wind storm has already passed through, we never lost power, and aside from a few small pine tree limbs down we made out alright.  Inland areas around Kitchener-Waterloo were more heavily impacted with trees down and damage done to a few buildings.  Power outages as well.  Temperatures have taken a tumble, we’ve ended the day under clear blue skies and that’s about it……………………… 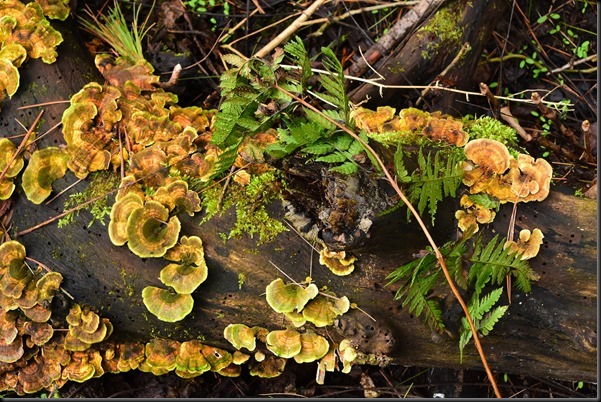 - Two Eskimos sitting in a kayak were chilly, but when they lit a fire in the craft it sank - proving once and for all that you can't have your kayak and heat it, too.

- Two boll weevils grew up in South Carolina. One went to Hollywood and became a famous actor. The other stayed behind in the cotton fields and never amounted to much. The second one, naturally, became known as the lesser of two weevils.

- “The invention of dynamite sure was ground breaking.”