I GOOFED UP WHEN I THOUGHT IT WAS MY TURN…..BUT IT WASN’T:(( 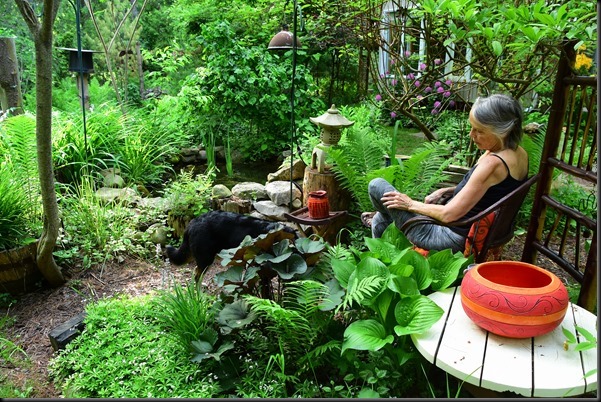 He’s nearly a decade older than me but his memory is obviously more intact than mine is.  I’m talking about my friend Richard of course and I thought it was my turn to drive for our country road coffee tour this morning.  So much so that I as usual when it’s my turn had the Jeep parked at the head of the driveway.  Well I was wrong of course and when he pulled up in his van I confusedly realized my folly and off we went.  Well let me see now, what year was I born, what’s my name, and just who am I anyway.  Don’t ask me, I may very well have forgotten.  But one thing’s for certain and just goes to show that wiser old fools most often have more marbles in their pocket than younger darn fools. 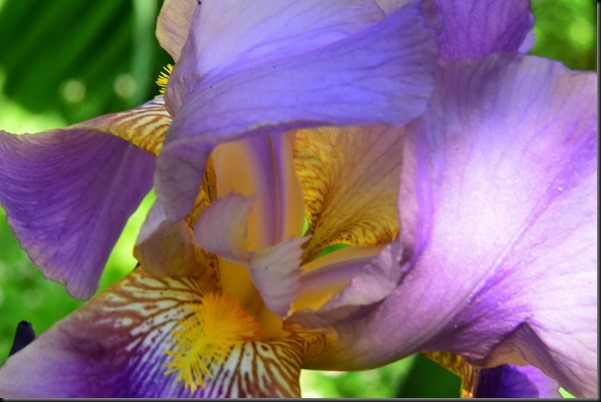 OUR IRIS FLOWERS ARE IN BLOOM 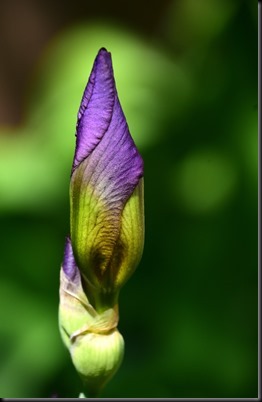 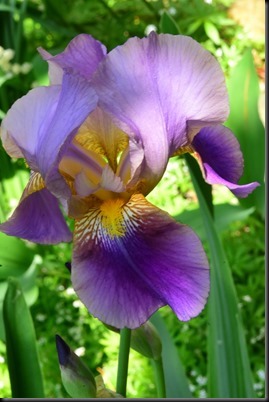 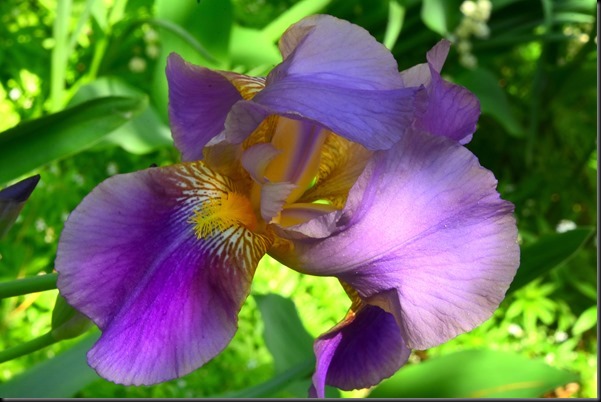 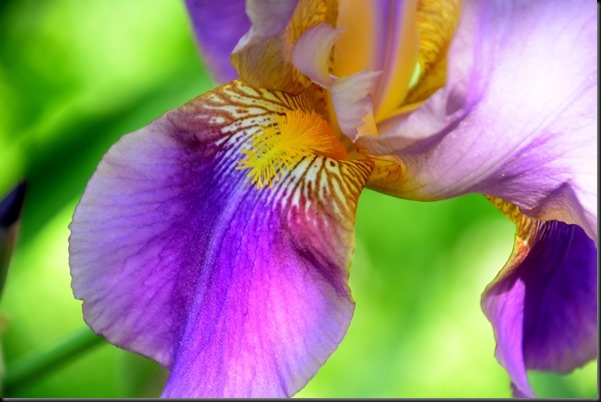 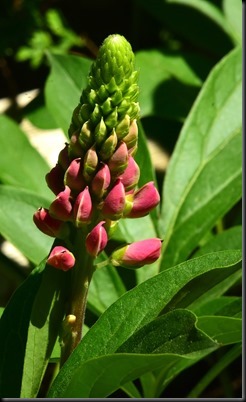 Nice warm sunny morning with a brisk breeze.  Didn’t think the humidity was quite as intense as the previous couple days.  Two coffees and two apple muffins to go at Shopbike Coffee Roasters and off we went.   Our travels took us south along the Bluewater highway down around the Grand Bend area.  Lots of free spirited conversation along the way and we were back home sometime after 11.  Another couple hours well spent.  Don’t ask me what we talked about……….I can’t remember:(( 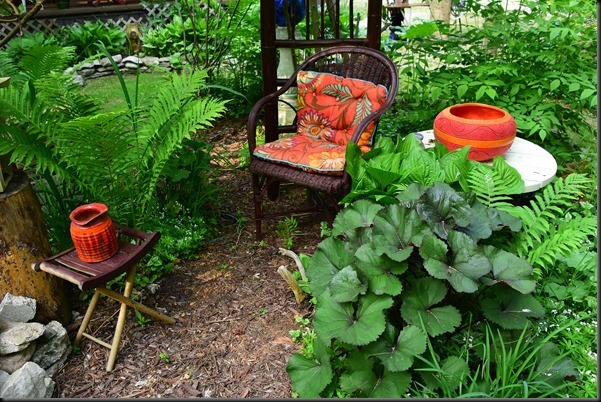 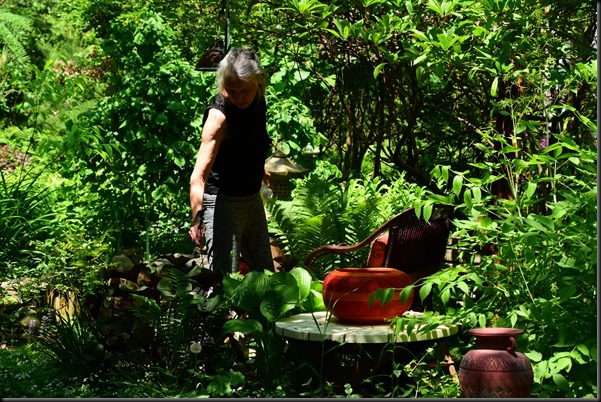 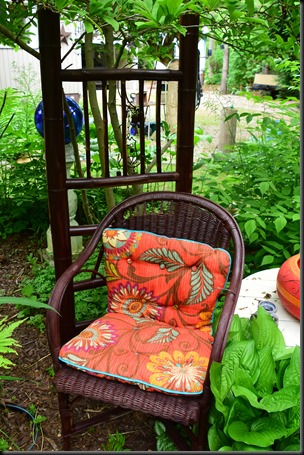 KELLY FOUND THIS OLD WICKER CHAIR IN THE DUMP, PAINTED IT THIS MORNING AND SET IT IN THE GARDEN….SHE ALSO PAINTED THAT BAMBOO BACK-DROP THE SAME GREAT COLOR >>>>>

Ever thought of fudging on your RV insurance??  Maybe telling your insurance company one thing then doing something else to get it cheaper.  There are probably people out there doing that but before you consider it you might want to read read Nick’s thoughts on the subject which he entitles Don't Do It. 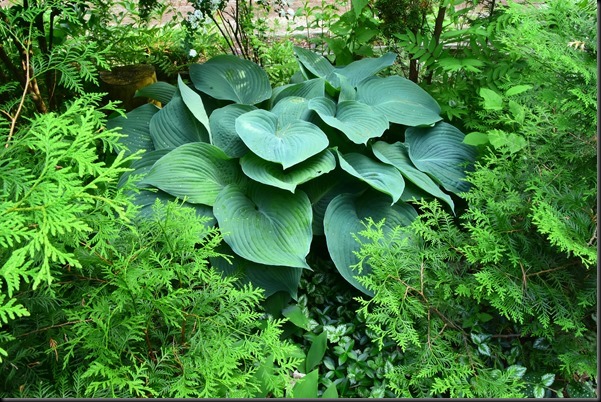 THAT GIANT HOSTA IS THE LARGEST ONE WE HAVE 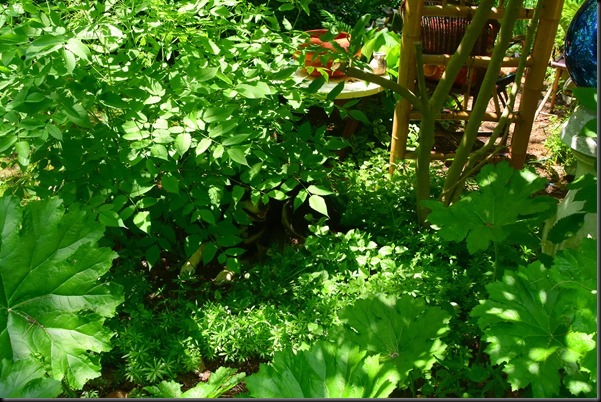 CAN YOU FIND THE PHEEBS 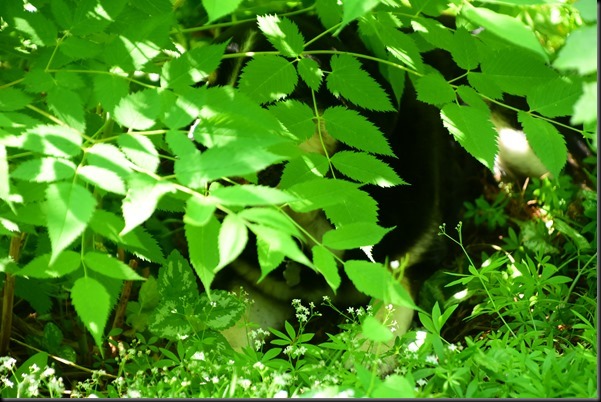 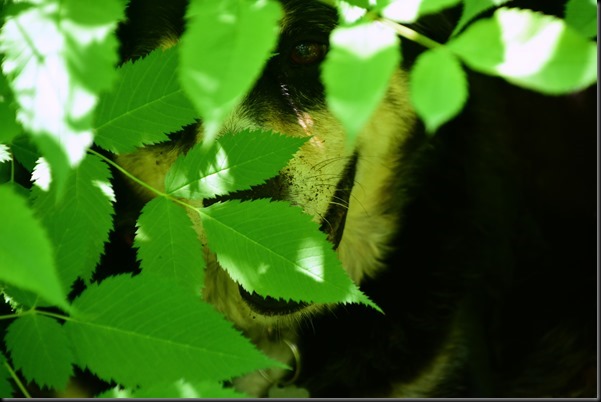 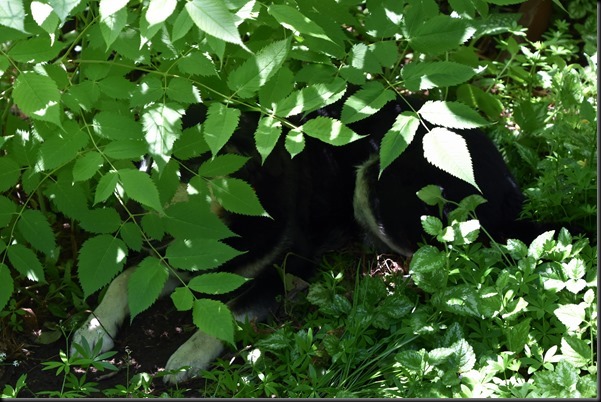 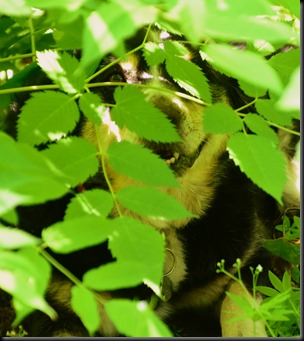 IT’S HIDE AND SEEK SHE IS PLAYING

Despite today's uncomfortable heat and humidity again I was able to spend a bit of time outside doing some raking and weed whacking.  Had been hoping for rain but it didn't happen so had to do haul out the lawn sprinkler and give my newly planted grass seed a watering.  In our gravely sand oriented soil water drains away fast so watering is sometimes necessary to keep things alive. 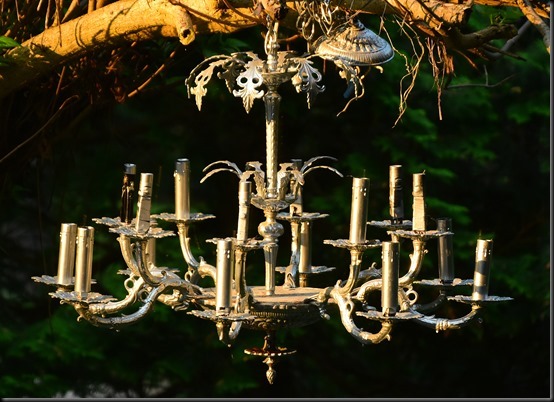 Nearly a month ago when on her way home from visiting her two daughters and one son in Cambridge for Mothers Day Kelly stopped in Tavistock and nabbed a couple ‘free’ chandeliers set out in front of a house for the taking.  I think I might have had a photo in of one of those chandeliers that night.  Tonight I took a few photos of the other Chandelier.  They weren’t in pristine condition and the wiring was kinda ripped out of them but when Kelly saw them she knew she wanted to bring them home and hang them outside.  One hangs from our Basswood tree and the other from our front yard porch. 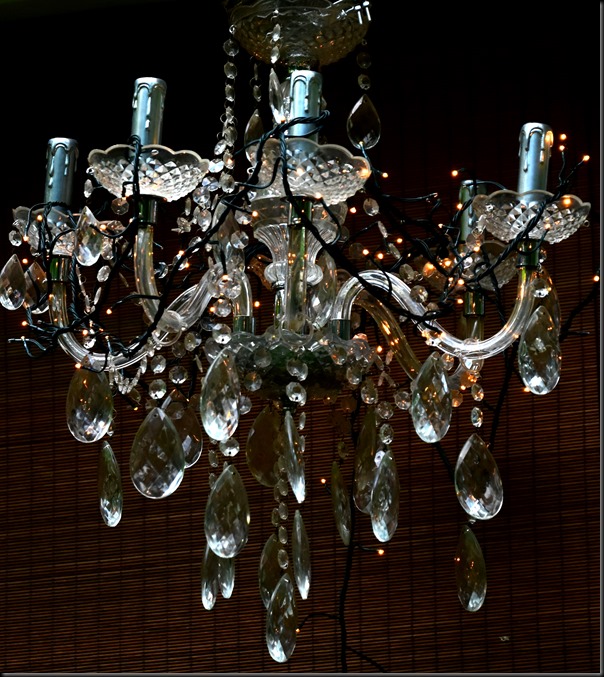 KELLY HUNG A STRING OF TINY LIGHTS ON THE CHANDELIER 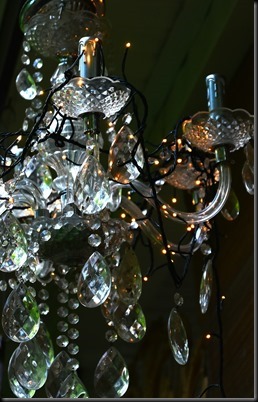 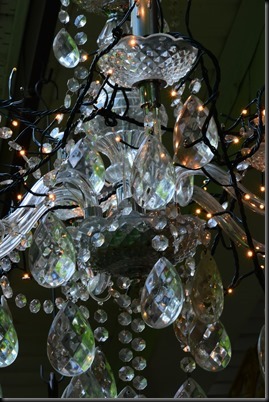 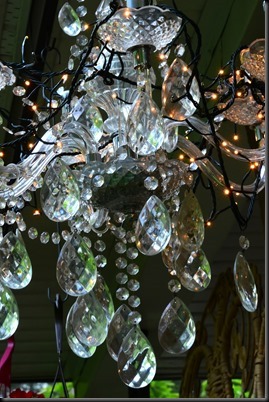 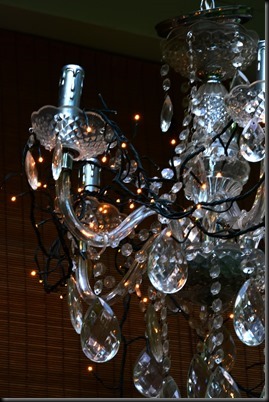 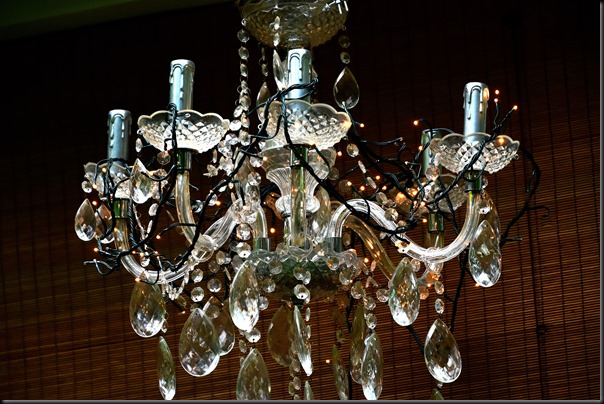 GROANER'S CORNER:(( An elderly woman had just returned to her home from an evening of church services when she was startled by an intruder. She caught the man in the act of robbing her home of its valuables and yelled, "Stop! Acts 2:38!" (Repent and be baptized, in the name of Jesus Christ so that your sins may be forgiven.) The burglar stopped in his tracks. The woman calmly called the police and explained what she had done. As the officer cuffed the man to take him in, he asked the burglar, "Why did you just stand there? All the old lady did was yell a scripture to you." "Scripture?" replied the burglar. "She said she had an ax and two 38's!"

One day the pilot of a Cherokee 180 was told by the tower to hold short of the active runway while a DC-8 landed. The DC-8 landed, rolled out, turned around, and taxied back past the Cherokee.  Some quick-witted comedian in the DC-8 crew got on the radio and said, "What a cute little plane. Did you make it all by yourself?"  The Cherokee pilot, not about to let the insult go by, came back with a real zinger: "I made it out of DC-8 parts. Another landing like yours and I'll have enough pieces for another one."

I was visiting my daughter last night when I asked if I could borrow a newspaper. 'This is the 21st century,' she said. 'We don't waste money on newspapers. Here, use my iPad.'.  I can tell you this... That fly never knew what hit him!