WOULDN’T YA KNOW IT….THE MORNING WE HAVE OUR HEAVY TREADED TIRES TAKEN OFF IT SNOWS LIKE CRAZY!! 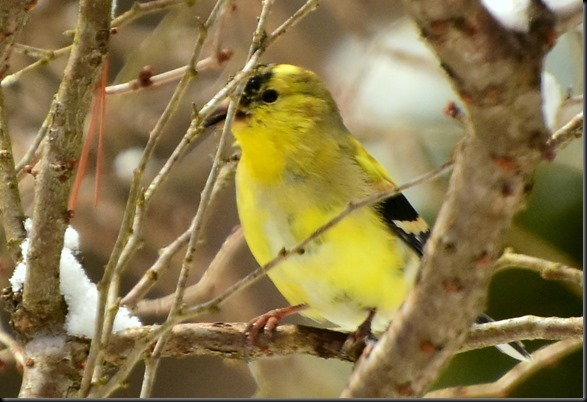 It was just the Jeep and I on the snowy roads this morning shortly after 9 a.m.  Had a 9:30 appointment at Huron Tirecraft in Clinton to have our heavier treaded winter/desert tires switched out for our back home summer tires.  Seemed a little odd heading in to take off snow tires when roads were partially snow covered and quickly becoming worse as bands of heavy snow squalls tracked in from the lake .  In fact it was snowing even worse heading back from Clinton with our summer tires on.  No problem though, just slipped the Jeep into 4 wheel drive and boogied right along.

HEADING TO CLINTON ON A TOTALLY COLD AND MISERABLE MORNING

Because of the crappy cold and snowy weather I had no motivation whatsoever to even step out of the house all afternoon.  What a totally rotten Spring this has turned out to be. 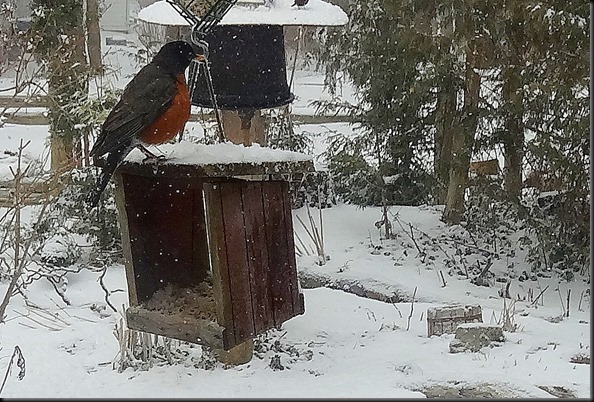 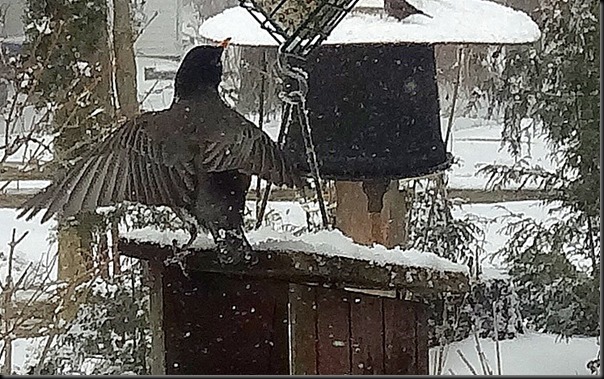 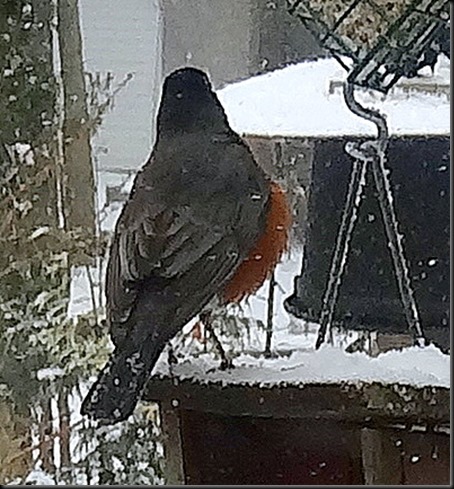 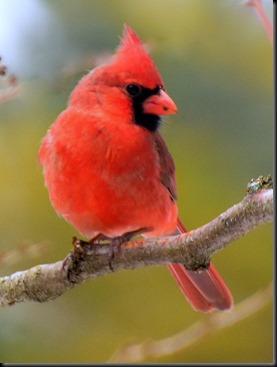 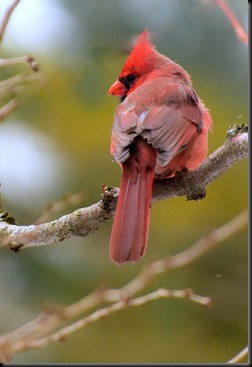 GROANER’S CORNER:(( Here Are A Few Of A Woman's Random Thoughts::::
Skinny people tick me off! Especially when they say things like, "You know, sometimes I forget to eat." You have to be a special kind of stupid to forget to eat.  A friend of mine confused her valium with her birth control pills. She had 14 kids, but she doesn't care.  They keep telling us to get in touch with our bodies. Mine isn't all that communicative, but I heard from it the other day after I said, 'Body, how'd you like to go to the six o'clock class in vigorous toning?' Clear as a bell my body said, 'listen wench...do it and die.'   The trouble with some women is that they get all excited about nothing (and then they marry him).
I read this article that said the typical symptoms of stress are eating too much, smoking too much, impulse buying and driving too fast. Are they kidding? That's my idea of a perfect day.
I know what Victoria's Secret is. The secret is that nobody older than 20 can fit into their stuff.
If men can run the world, why can't they stop wearing neckties? How intelligent is it to start the day by tying a noose around your neck………….

"What am I supposed to do with this?" grumbled a motorist as the policeman handed him a speeding ticket.  "Keep it," the cop said, "when you collect four of them you get a bicycle."