RAINDROPS ON A BRANCH 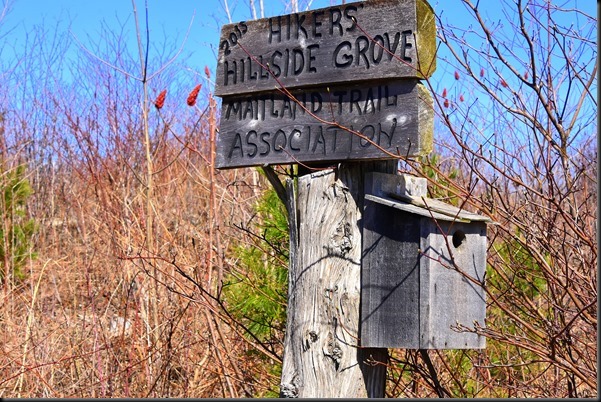 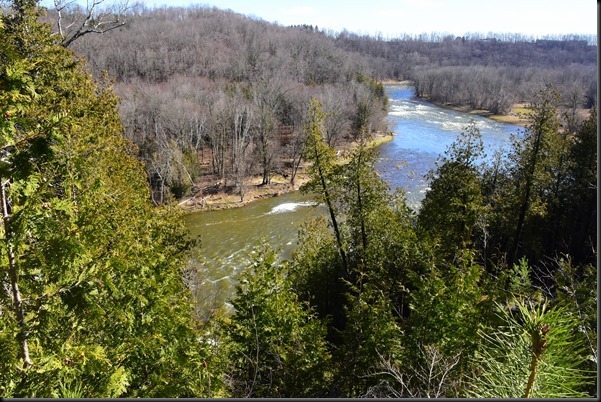 NO GREEN BUDS ON THOSE GRAY HARD WOOD TREES YET 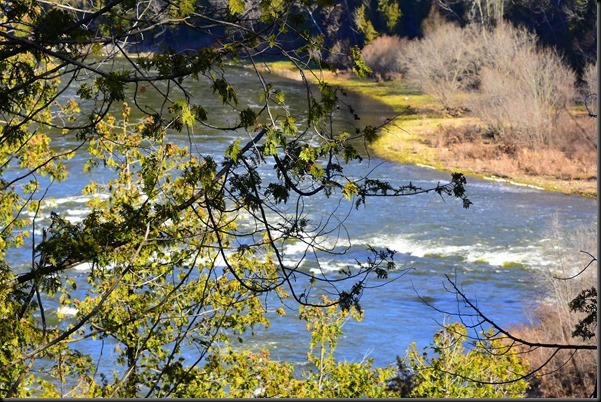 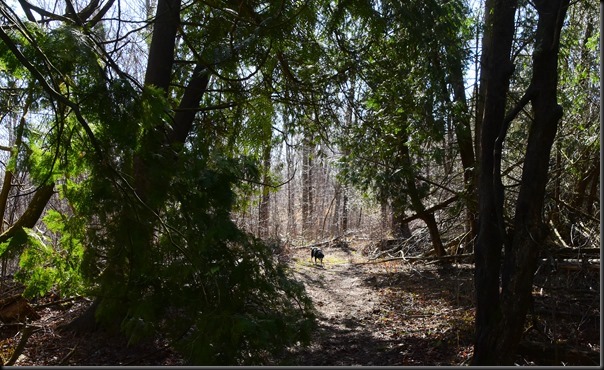 WE HEAD OFF ALONG A DARKENED SUN FILTERED FOREST TRAIL 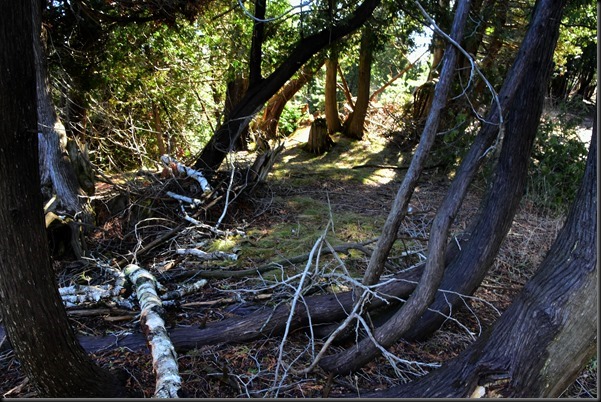 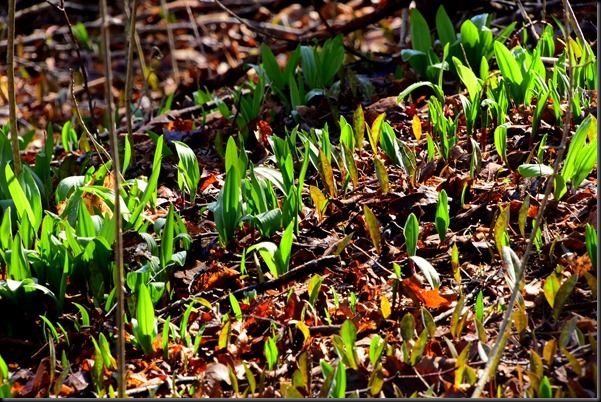 SIGNS OF SPRING ON THIS MORNING’S FOREST FLOOR 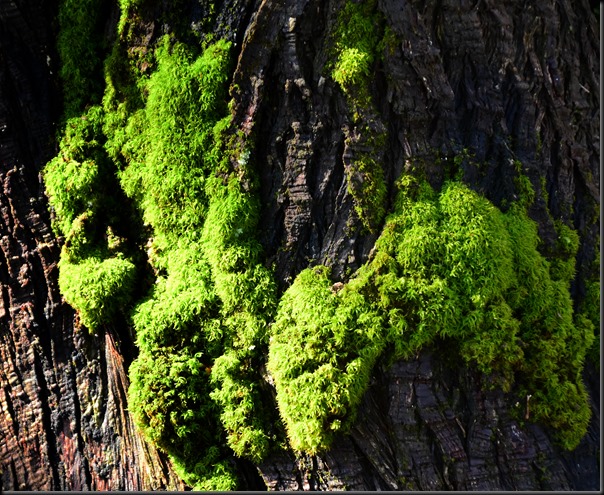 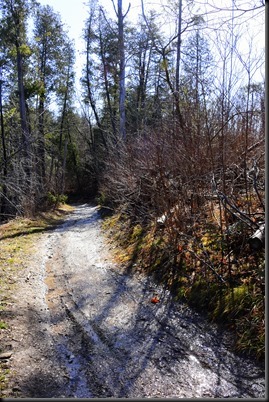 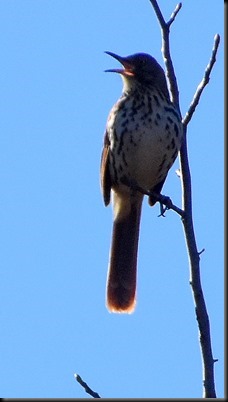 CAME ACROSS A NARROW MUDDY ROAD AND FOLLOWED IT 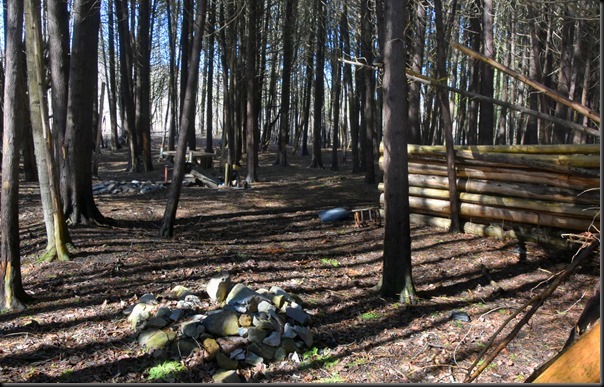 STUMBLED ACROSS AN ODD LOOKING PLACE IN THE FOREST 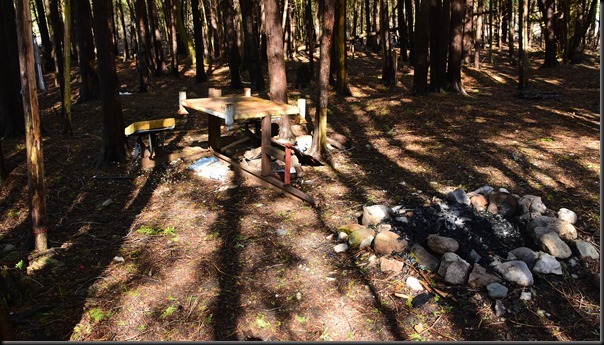 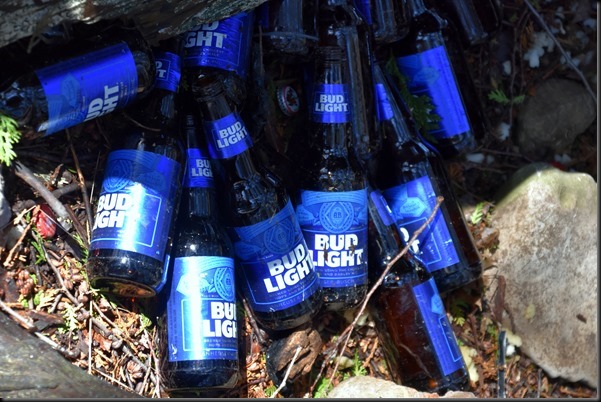 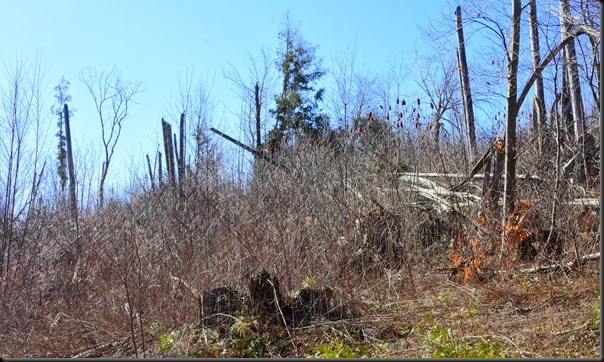 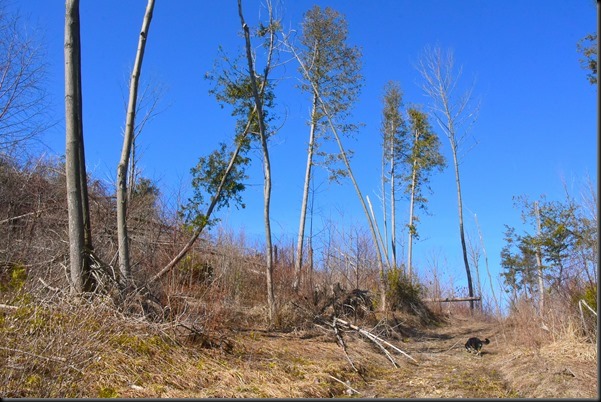 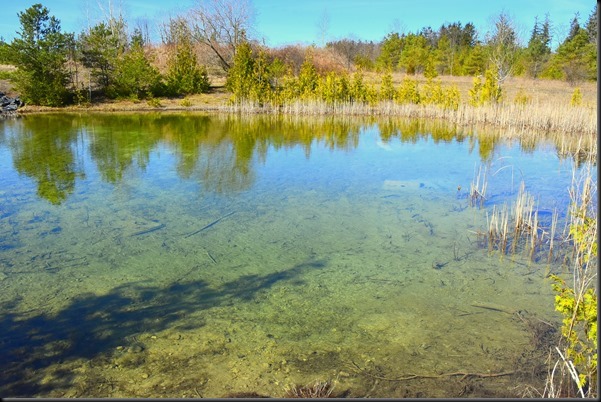 CAME ACROSS A POND 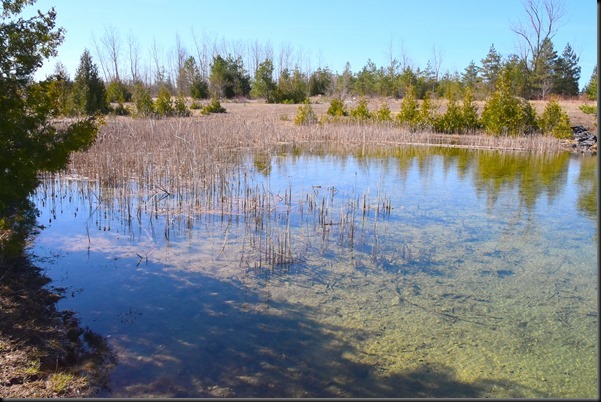 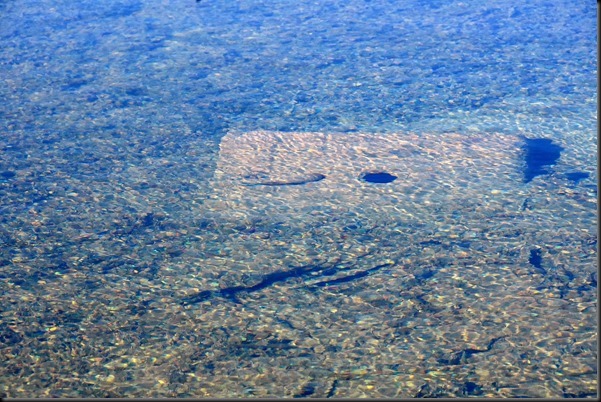 EVEN HAD A SHIPWRECK IN IT 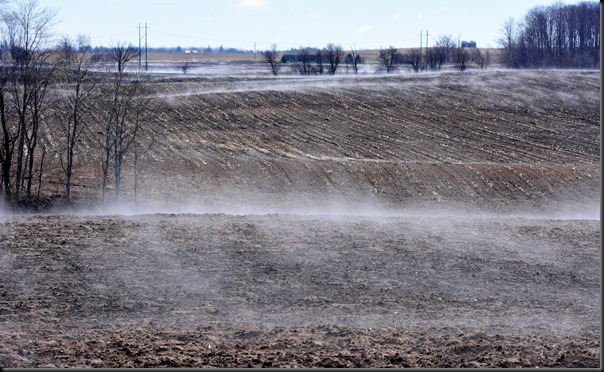 GROANER’S CORNER:((  A rookie police officer was assigned to ride in a cruiser with an experienced partner. A call came over the car's radio telling them to disperse some people who were loitering.  The officers drove to the street and observed a small crowd standing on a corner. The rookie rolled down his window and said, 'Let's get off the corner.'  No one moved, so he barked again, 'Let's get off the corner!' Intimidated, the group of people began to leave, casting puzzled glances in his direction. Proud of his first official act, the young policeman turned to his partner and asked, 'Well, how did I do?'
'Pretty good,' replied the veteran, 'especially since this is a bus stop.'