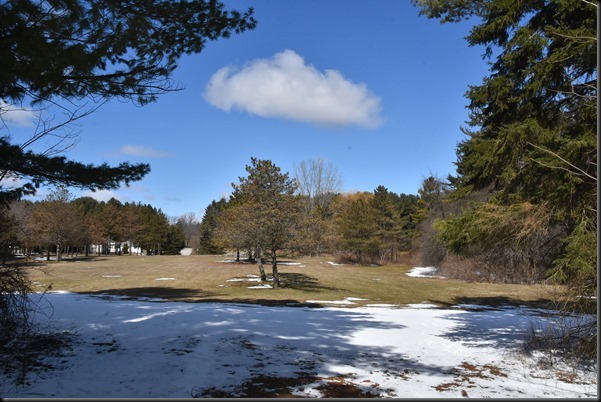 Breakfast at the Bayfield Berry Farm this morning with our good friends and neighbors Gayle and Richard. 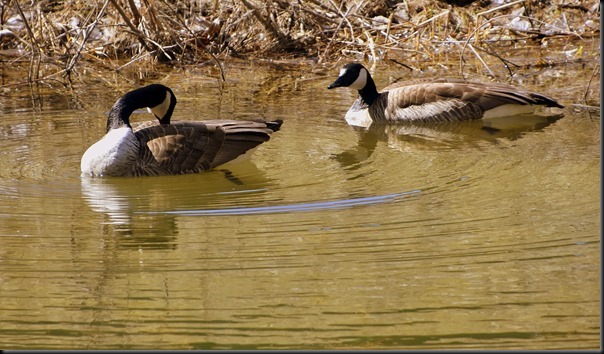 A PAIR OF CANADA GEESE ON OUR PARK’S POND

Overcast, cold and windy with snow flurries for the start of day but clearing skies early afternoon at least brought us some sunshine.  It’s the second day in a row Pheebs and I haven’t been out for a Jeep ride but did manage a few photos on a short cold afternoon walk around the pond and pine tree trail. 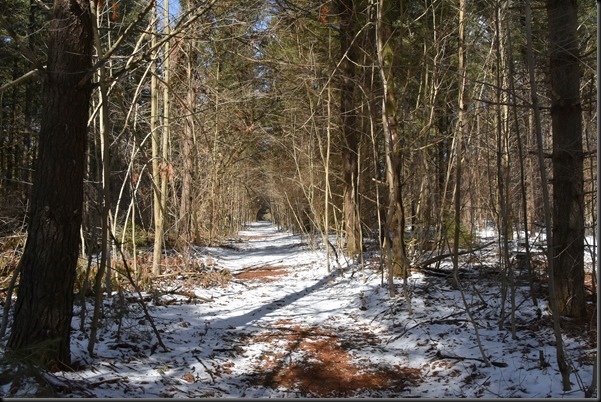 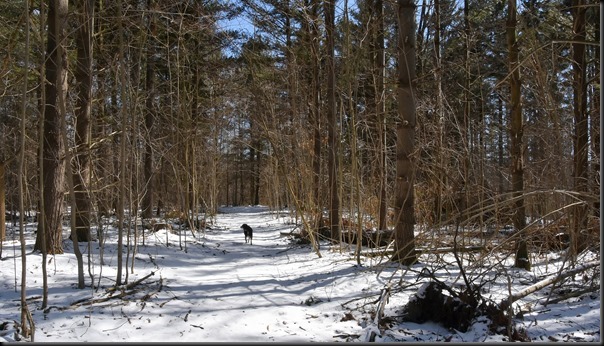 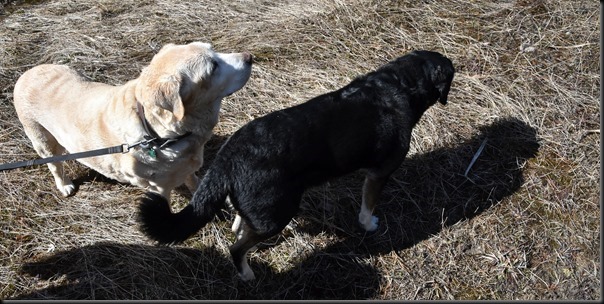 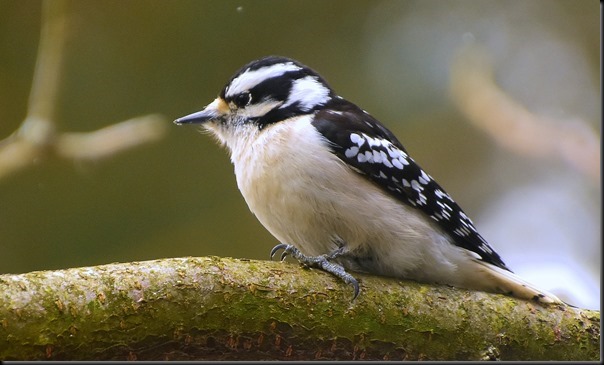 GROANER’S CORNER:((  A young girl who was writing a paper for school came to her father and asked, “Dad, what is the difference between anger and exasperation?”  The father replied, “It is mostly a matter of degree. Let me show you what I mean.”  With that the father went to the telephone and dialed a number at random. To the man who answered the phone, he said, “Hello, is Melvin there?”  The man answered, “There is no one living here named Melvin. Why don't you learn to look up numbers before you dial”.  “See,” said the father to his daughter. “That man was not a bit happy with our call. He was probably very busy with something and we annoyed him. Now watch….” The father dialed the number again. “Hello, is Melvin there?” asked the father.  “Now look here!” came the heated reply. “You just called this number and I told you that there is no Melvin here! You've got lot of guts calling again!” The receiver slammed down hard.  The father turned to his daughter and said, “You see, that was anger. Now I'll show you what exasperation means.”  He dialed the same number, and when a violent voice roared, “Hello!”  The father calmly said, “Hello, this is Melvin. Have there been any calls for me?”

The shopkeeper was dismayed when a brand new business much like his own opened up next door and erected a huge sign which read BEST DEALS. He was horrified when another competitor opened up on his right, and announced its arrival with an even larger sign, reading LOWEST PRICES.  The shopkeeper was panicked, until he got an idea. He put the biggest sign of all over his own shop-it read…MAIN ENTRANCE.

Answering Machine::  Rod Serling imitation: You're dazed, bewildered, trapped in a world without time, where sound collides with color and shadows explode. You see a signpost up ahead -- this is no ordinary telephone answering device... You have reached, "The Twilight Phone".