FINALLY GOT THE MOTORHOME WASHED ON OUR VERY FIRST MIGHTY FINE SPRING DAY:)) 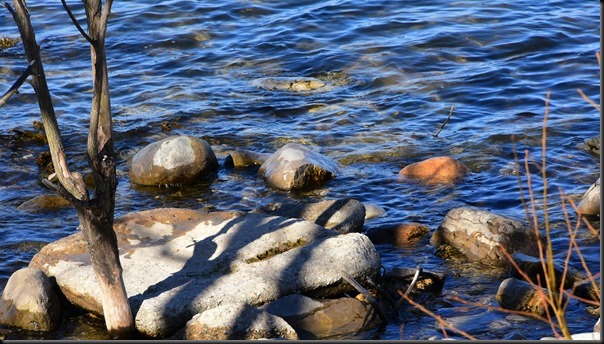 This is Monday’s post and I have no idea why all my photos suddenly vanished Tuesday morning!!  Okay now that’s odd…….the pictures are back:))

Okay so here's now we know it is Spring at our house.  Doors and windows open, 3 of summer’s cooling fans brought in from the shed, Al's in short sleeves, Kelly's sitting on our sunny warm deck reading, pond pumps running, power washer is fired up and the whole Motorhome is now washed and summer cushions are on their respective porch chairs for another season.  I’m thinking we might have actually had temperatures pushing 70F today.  It was 83 in the sunroom so for sure we had to get a fan going in there to cool things down a bit. 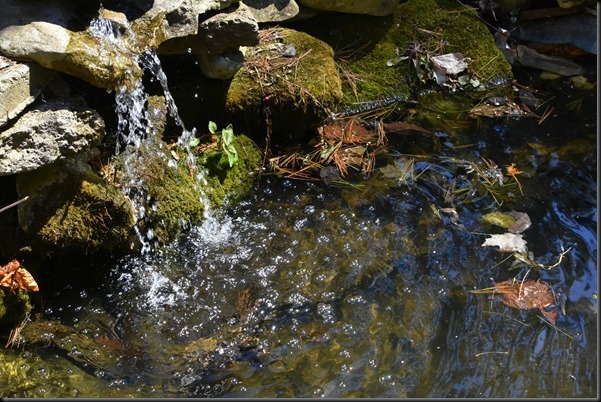 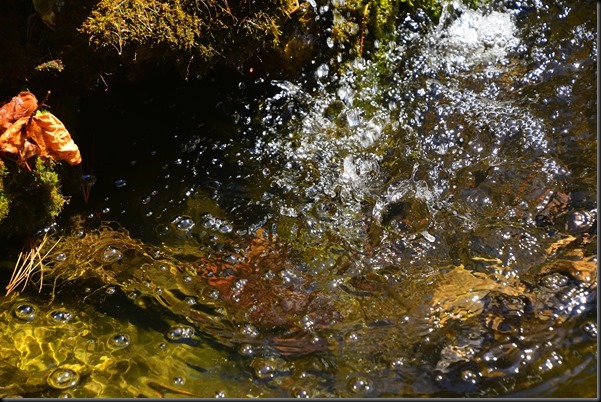 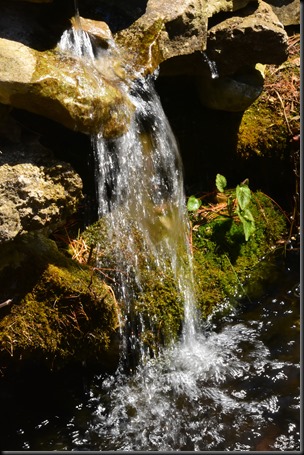 Sunday I felt like the slow moving Tortoise and today I felt like the energetic Hare as I slipped around and managed to get half a dozen things accomplished.  Aching muscles tonight of course but it's a good ache knowing I was able to scratch more things off my list rather than resting in my recliner getting nothing done.  Not only a good day for body muscles but a good day for my brain muscle as well. 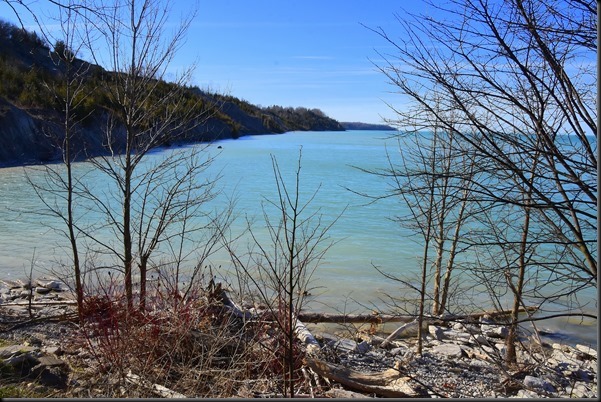 Pheebs and I had ourselves a nice sunny walk along Lake Huron shores this morning and how nice to hear returning Red Wing Blackbirds in the trees.  We were in Goderich at the south end of Rotary Cove and how great it felt not to be whipped by freezing cold wintery winds for a change. 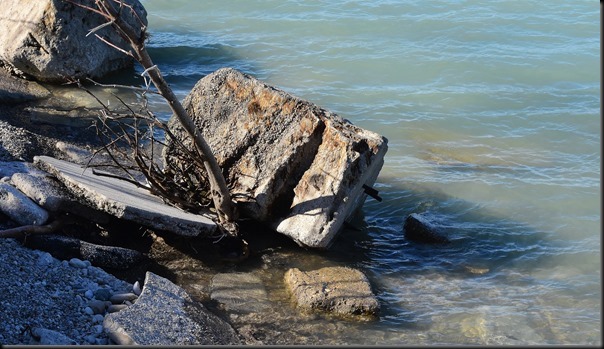 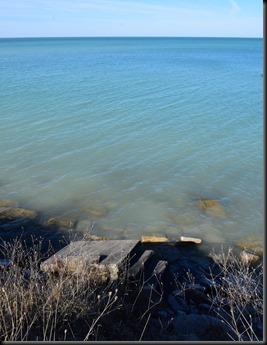 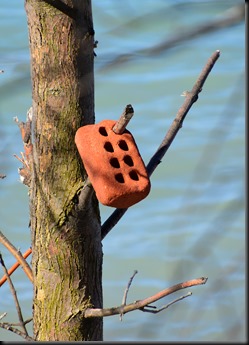 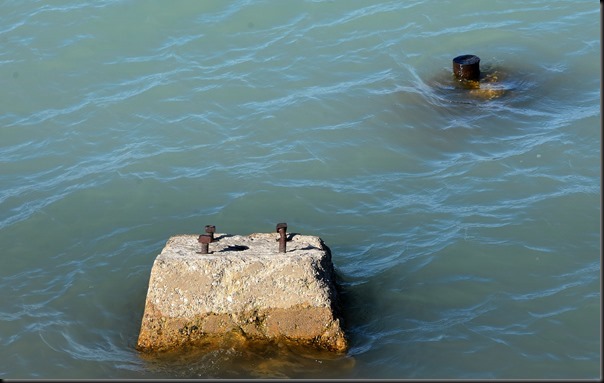 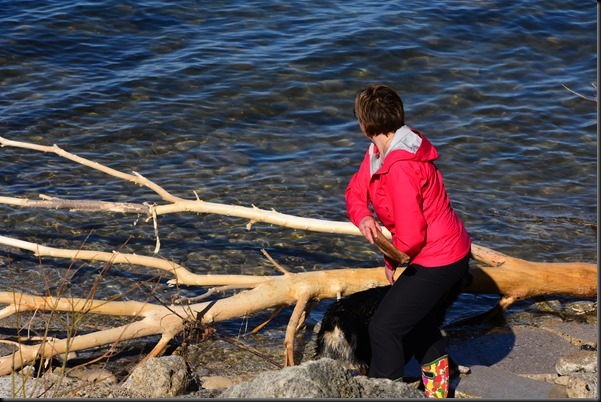 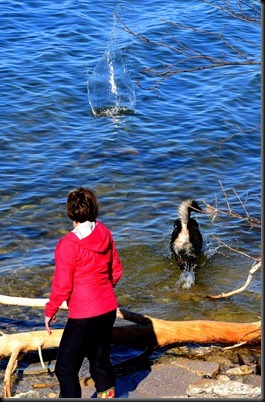 Two big freighters in port with one loading grain at the Goderich Elevators and the other loading salt at the Sifto Salt Mine.  The Federal Margaree docked last week at the Elevators and the Algoma Buffalo at the salt dock might just be a first timer into the port of Goderich.  The Algoma Buffalo has been involved in a couple Great Lakes incidents. 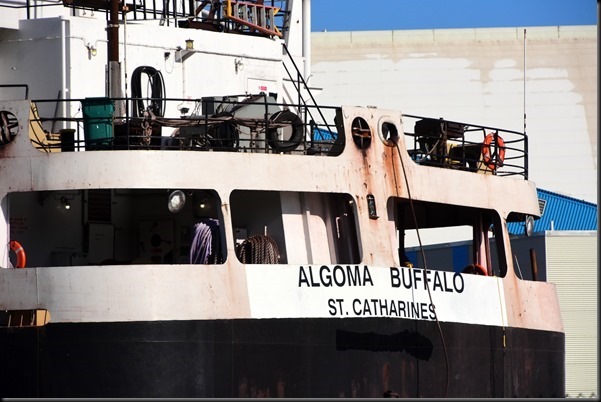 LOADING ‘DUSTY’ GRAIN INTO ONE OF THE FEDERAL MARGAREE’S HOLDS 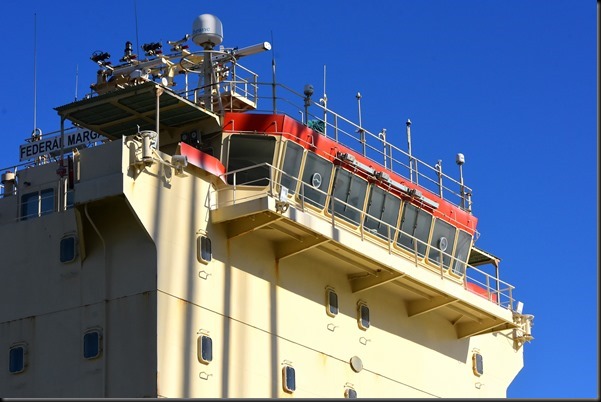 THE SHIP’S CAPTAIN HAS A GOOD VIEW FORWARD 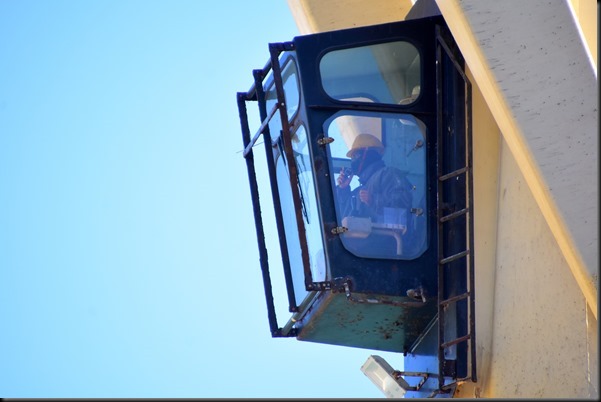 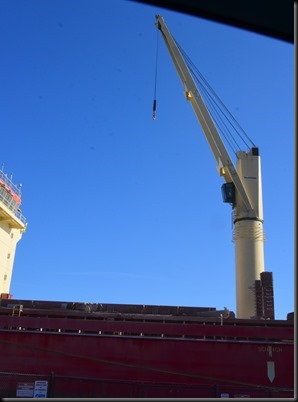 Too bad real estate prices and taxes are sooooo high in Goderich.   I think this scenic lakeside town would be a nice place for Seniors to live.  It has all the amenities, easy to get around, plus it has a really nice beach and harbor area. 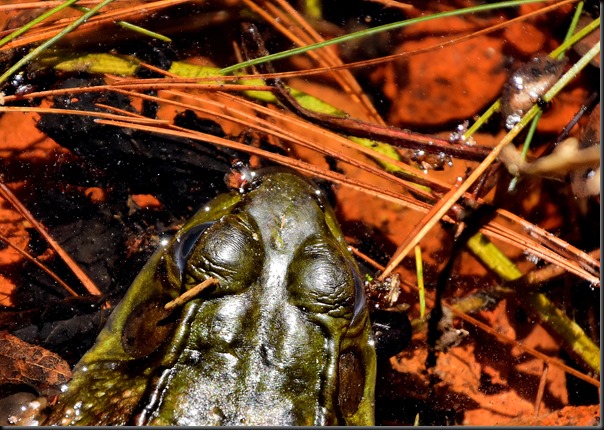 We were back home shortly after 10 and with warmer weather upon us I was invigorated to tackle the big job of washing our Motorhome.  I was happy our power washer fired right up without any problems and I soon had water flying everywhere as tackled the job at hand.  Front end first then drivers side with the rear cap next then finished up the long passenger side.  Always nice to see a shiny vehicle but the wash job is only the beginning.  Lots of black streaks to be removed, glass to be cleaned, paint touch-ups, rubbing compound to take care of all the latest desert pin striping and if I have any energy left I know the rig would benefit from a good coating of wax.  I have to get the ladder at the back fixed as well so I can get up onto the roof to see how things are up there.  Solar panels will be needing a good cleaning for sure. 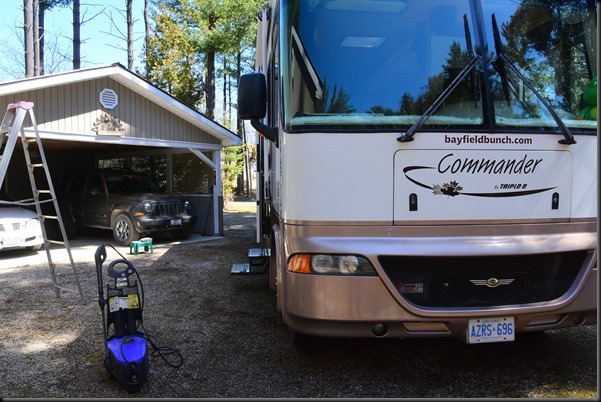 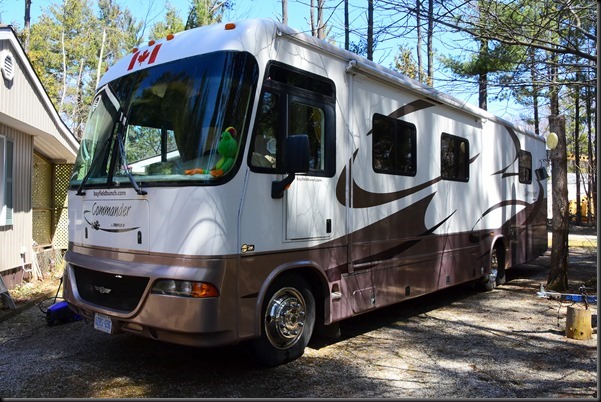 We’re off for a quick trip to London’s St. Joseph’s Hospital (Pheebs too) in the morning where Kelly has an 11 o’clock appointment with the Doctor who did her liver endoscopy biopsy a month ago.  On May 1rst she has another appointment at London’s University Hospital with her regular liver Doctor.  I don’t think either of these Doctors are home grown Canadian lads with names like Hussein and Tariyaki……………… 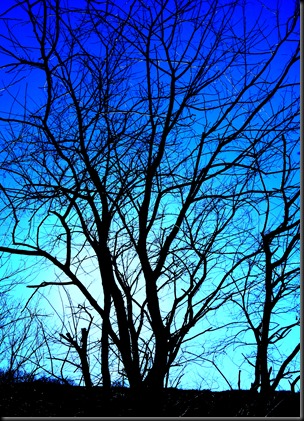