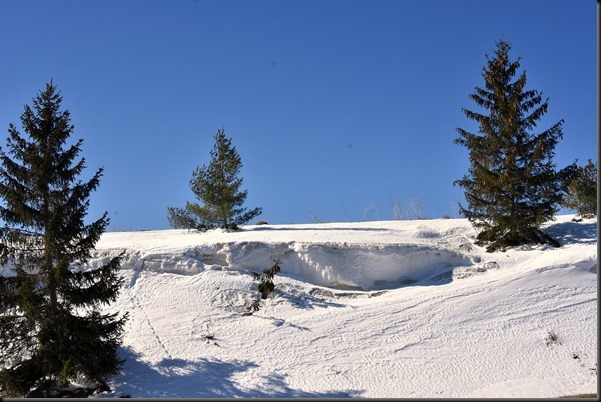 I see a lot of fellow Snow Birds and Full Timers have begun their long journeys home now.  The call of ‘home’ is strong and like migratory birds we all pick our time to make the northward trek.  Sometimes we haven’t left the Southwest until the end of March while a few other times like this year we were already home in early March.  I have always found it a mixed bag of feelings as each year I watch in my side view mirror the slowly disappearing mountains behind me wondering if we will ever see them again.  Will we ever return to our beloved Great American Southwest to continue our memories.   Over the years I have often said in my many posts I wished we could have been in a better position to pursue the RV lifestyle at a much younger age than we were when we started out.  Being the foot loose zany adventuress couple we were when we met I have no doubt we would have probably started out as Full-Timers and carried on from there traveling far afield.  As it is we did pretty good with the time we spent RVing and know it is not many people who had or have the same opportunities we did and still do.   We are very grateful to the people who made our travels possible and I’m hoping we still have a few good RVing winters left…………

SEAGULLS ON A VERY THIN COATING OF ICE 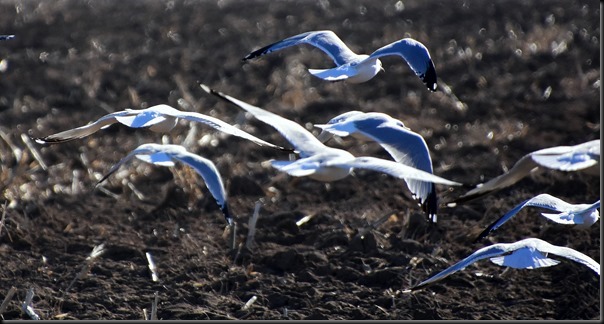 Probably one of the coldest nights since we’ve been home but luckily another bright sunny day with temperatures finally getting up into the mid 30’s.  Wow, heat wave or what.  Of course Pheebs and I were out wandering about southeast of Bayfield for an hour or so.  Noticed all the ice is off the lake in our immediate area and the Bayfield River and harbor are free of ice as well.  Not so in the Grand Bend area south of us where ice and snow on the lake are still visible for as far out as one can see. 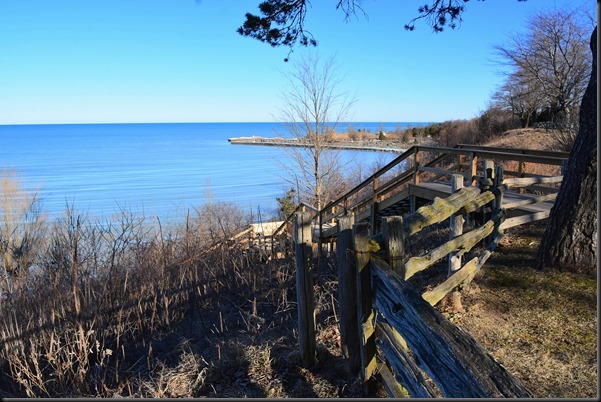 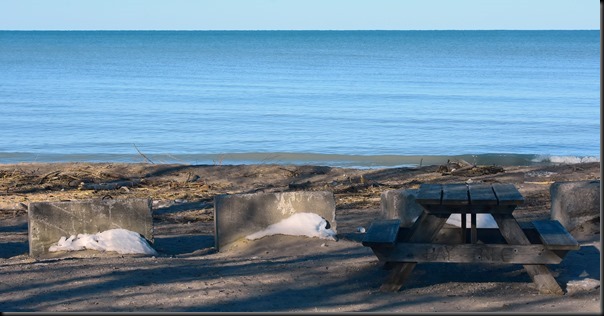 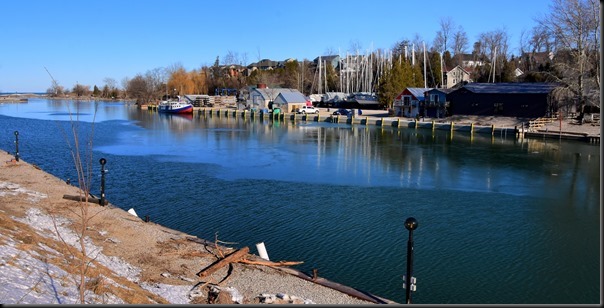 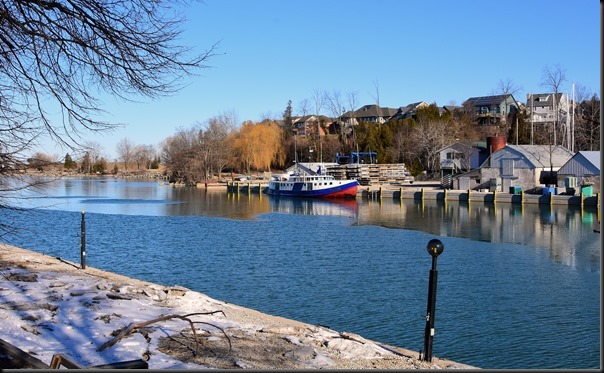 AND ONE OF THE FISHING BOATS IS ALREADY BACK 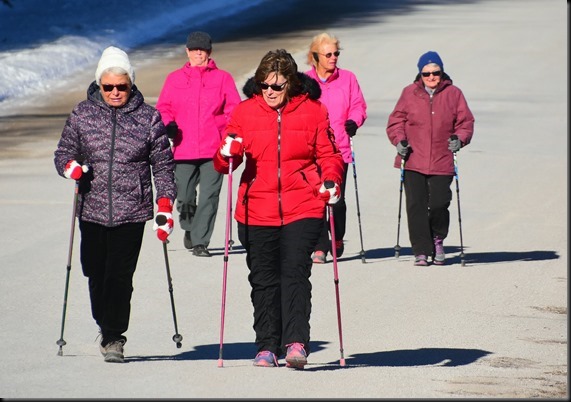 AND THE SPRING WALKERS ARE OUT TOO

In Saturday’s post I made mention of a fire incident at Tim Hortons coffee shop in Mitchell Ontario where Jim and I were having coffee.  I took some photos about 1:10 in the afternoon prior to leaving and I gave an accurate account of what happened while we were there.  Below is an account of the incident by Blackburn News which does not jive with my account.  Now one of two things has happened here.  Either the fire flared up after Jim and I left or this media report has sensationalized it right out of reality.  Blaze Battled at Tim Hortons in Mitchell.  At no time was there ever smoke inside the building while Jim and I were there and there was absolutely no smoke anywhere by the time the volunteer fire department arrived. 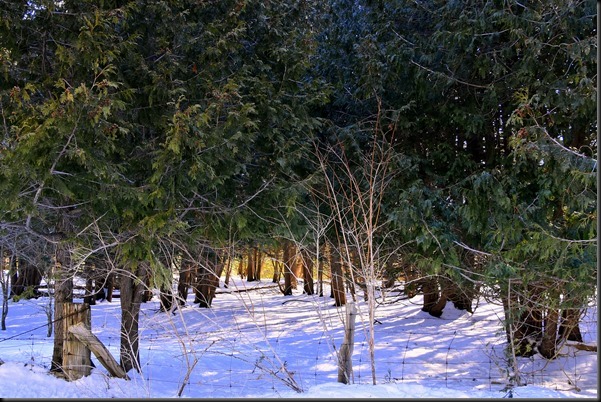 STILL LOTS OF SNOW IN OUR SHADY FORESTS 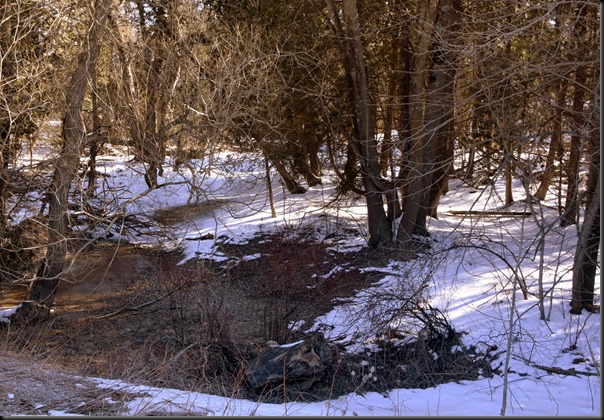 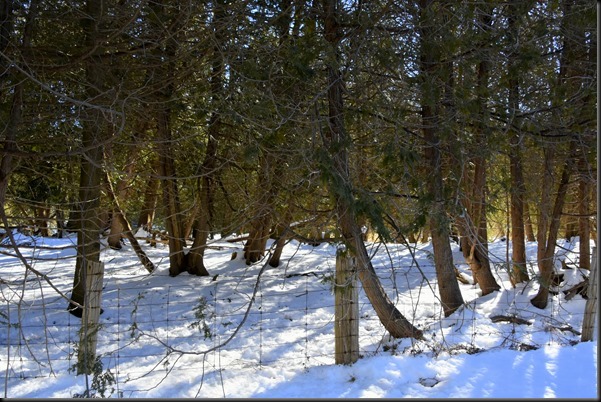 Doug from Miss Adventure Travels asked in a recent comment if I missed my motorcycle a bit and my answer to that question is…..no I have not.  It’s one less responsibility I have to worry about and after loosing interest in motorcycling a few years ago there was no point in me keeping it when someone else with a keener interest could get out there and enjoy themselves on that fine cruiser bike.  DC from Stuff that Matters (or not) in response to my Saturday post asked, ‘Do you remember party line telephones’?  I answered DC’s comment and said. ‘Yes I remember those party lines alright and each person had their own ring. My Mother was one of the telephone operators in our small Village so at our house we always knew what most other people in town were up to:)) 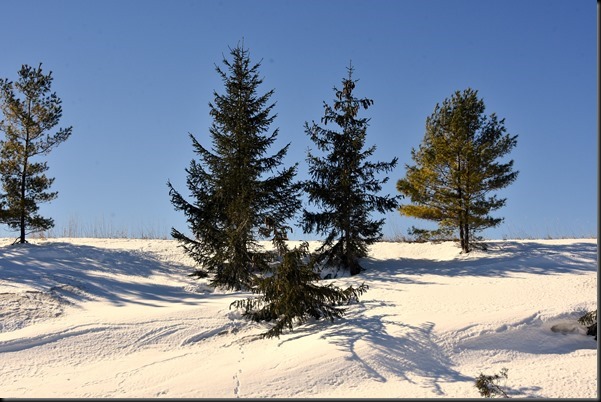 GROANER’S CORNER:((  A kindergarten student was having trouble putting on his boots, and asked his teacher for help. Even with her pulling and him pushing, the boots still didn't want to go on. Finally they got both boots on. She grimaced when the little boy said, "They're on the wrong feet."  Sure enough, they were. The teacher kept her cool as together they worked to get the boots back on - this time on the correct feet. The little boy then announced, "These aren't my boots." The teacher sighed and pulled the boots off.
The boy then said, "They're my brother's boots. My Mom made me wear them."  The teacher felt like crying, but she mustered up the strength to wrestle the boots back onto his feet. "Now," she said, "where are your mittens?"  The boy replied, "I stuffed them in my boots...."

intaxication, noun:
Euphoria at getting a tax refund, which lasts until you realize it was your money to start with.

kinstirpation, noun:
A painful inability to get rid of relatives who come to visit.

lullabuoy, noun:
An idea that keeps floating into your head and prevents you from drifting off to sleep.

Knock Knock
Who's there?
Uruguay!
Uruguay who?
You go Uruguay and I'll go mine!