AMISH ON BICYCLES AND WE ATE AT YODERS 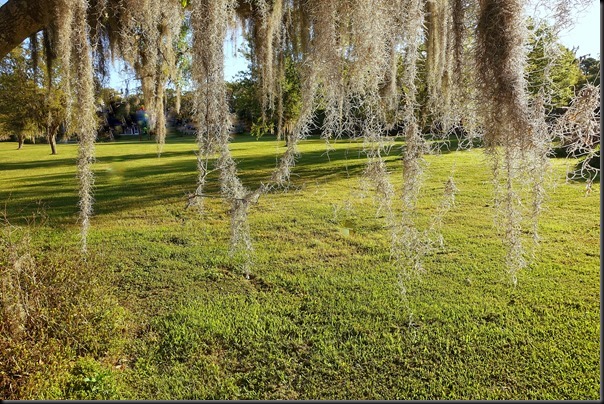 MORNING WALK ON THE PROPERTY WE ARE STAYING AT

Kelly headed off to the Station 400 restaurant to meet Leslie and Peter for breakfast this morning.  I stayed home with Pheebs and was able to finally get the interior front end of our coach all spiffed up.  A lot of desert dust had settled on the dash these past few months and this morning while it was still cool I figured it would be a good time to get at that job.  Nice to have everything shiny and sparkly again.  I even found a speedometer under all that dust. 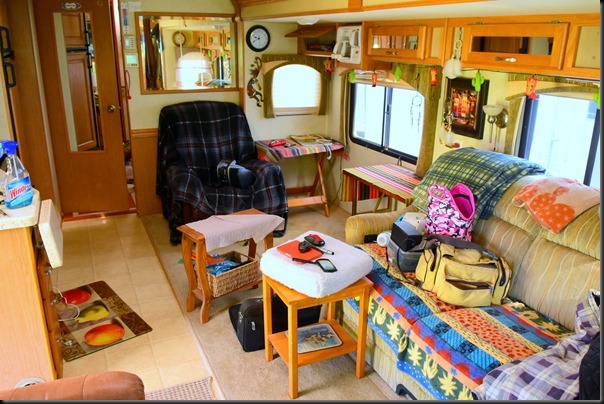 I WAS TRYING OUT SOME FURNITURE RENOVATIONS THIS MORNING BUT ENDED UP PUTTING EVERYTHING BACK THE WAY I HAD IT……..WHICH ISN’T THIS PHOTO 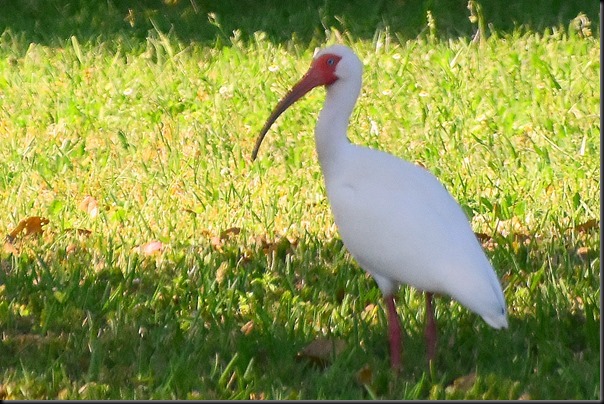 Kelly was home around 2 and after a rest we headed over to Aunt Jeans with a stop at Home Depot to pick up 4 bags of mulch.  Three of those 4 bags I put on Jean’s front flower bed.  Twenty minutes later we we were in the Speedy Gonzales Mobile headed for Yoders Amish Village.  Well we were in Amish country alright except that it was in the middle of Sarasota Florida.  No horses of course but I have never seen so many Amish people on bicycles.  They were everywhere. 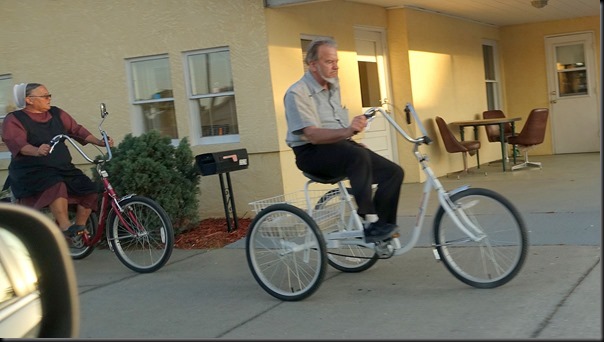 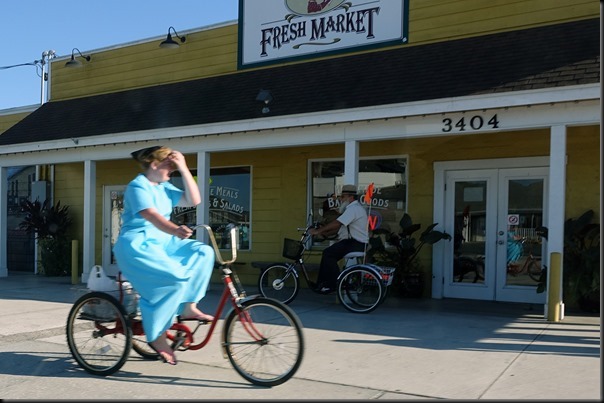 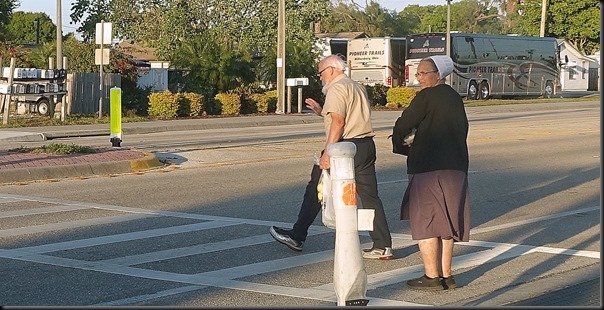 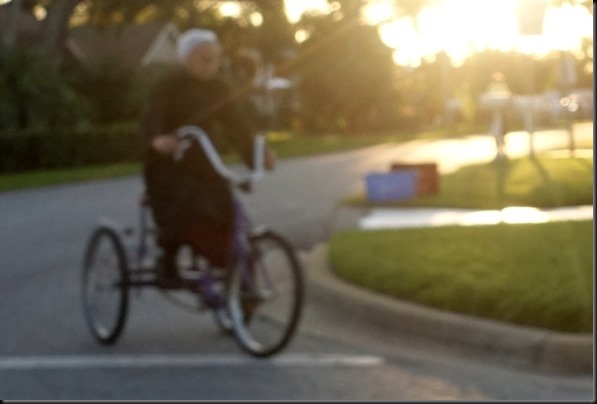 Yoders Amish Village is a superb Amish restaurant that has been around for a long time.  Jean remembers going there many decades ago and wanted to take us out for supper.  Reminds me of Anna Mae's in Millbank Ontario.  And like Anna Mae’s it was the broasted type chicken I had.  Jean had potatoe ham soup and Kelly opted for the Smoked BBQ chicken.  Kelly and I both polished ourselves off with chocolate cream pie too.  All of us really enjoyed our meal. 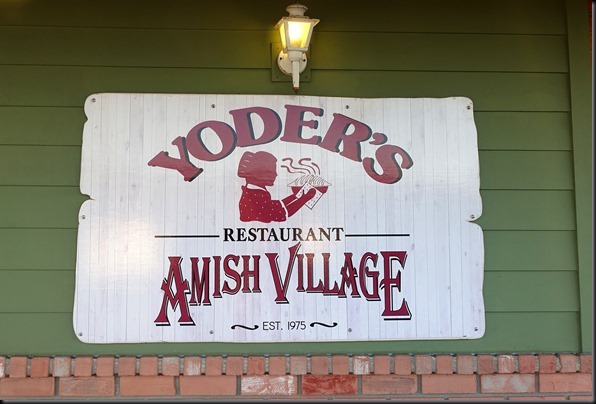 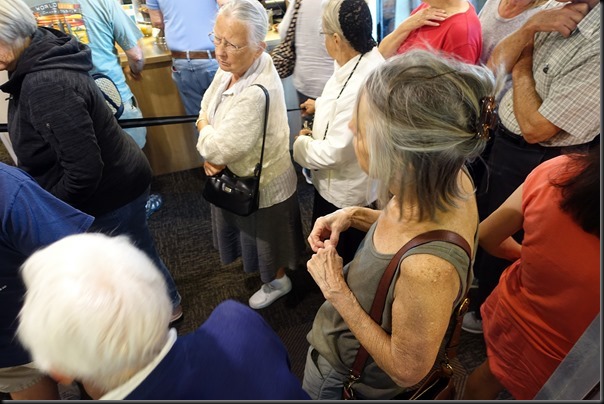 LATE AFTERNOON SUPPER LINE-UPS ARE LONG THIS TIME OF YEAR AT YODERS…..RIGHT OUT THE DOOR IN FACT 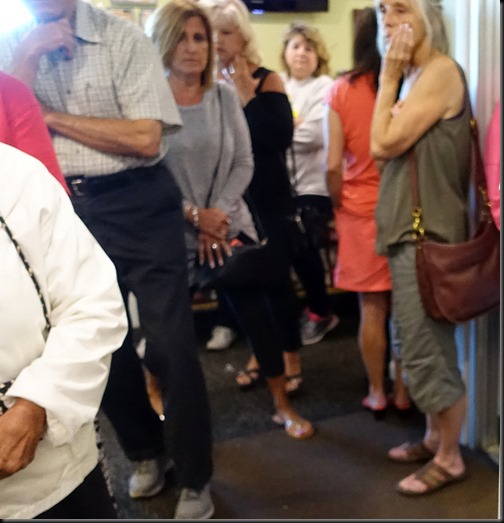 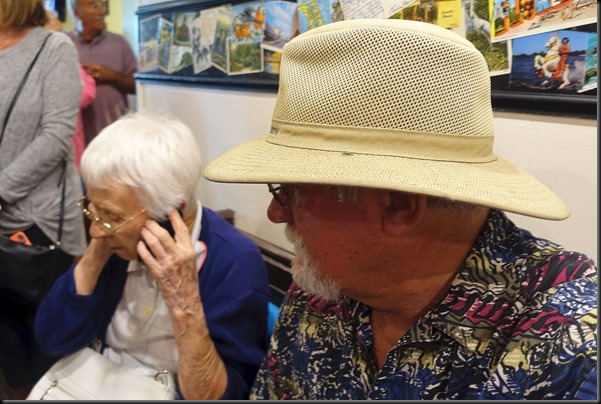 AUNT JEAN WHIPS OUT HER CELL PHONE AND CALLS HER FRIEND PAT….’HEY HOW’S IT GOING EH’ 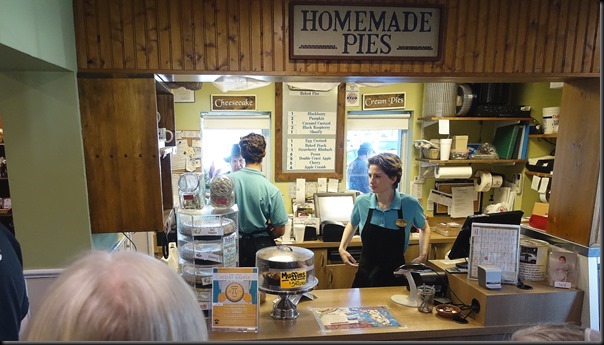 THAT’S THE CHECK-OUT’ CASHIER OVER THERE AND 2 TAKE-OUT WINDOWS…..THIS IS A BUSY PLACE!!!

Must say my 90 year old Aunt Jean is probably one of the best drivers I’ve ever driven with.  She slices through that Sarasota traffic like a hot knife through butter.  But then again she’s been doing this for about the past  50 years or so.  Being one of the locals she has helped set the fast race car pace which out of town tourists had better adjust to pretty fast or they will be speedily run over.  Aunt Jean’s reflexes in traffic are that of a Mario Andretti.  Nice to be in the hands of a competent driver:)) 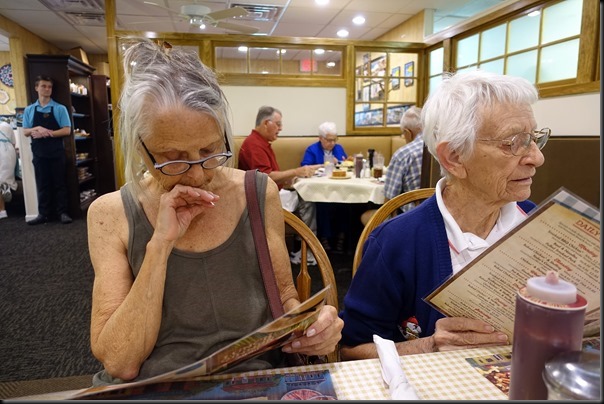 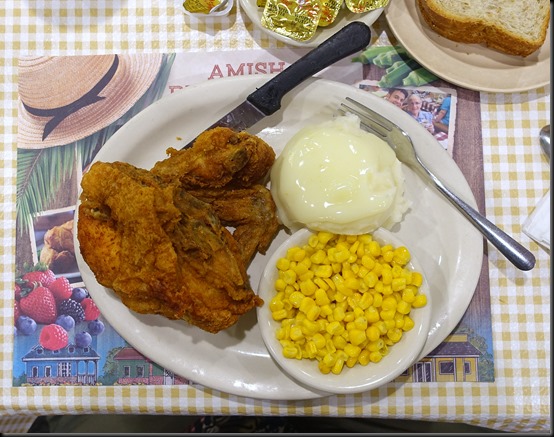 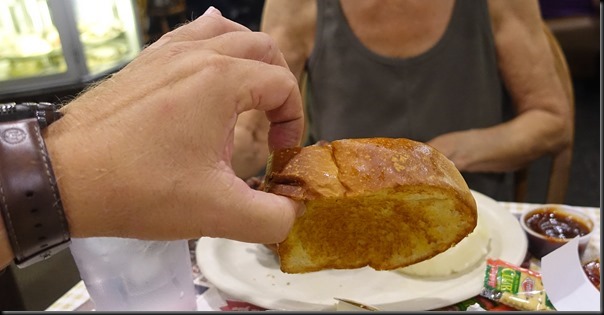 TEXAS TOAST DON’T GOT NUTHIN OVER ON AMISH GARLIC BREAD 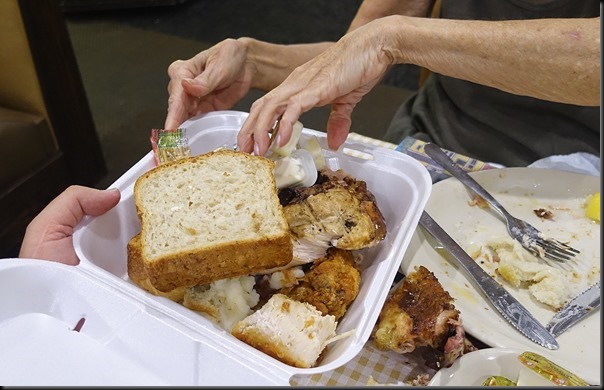 Now folks not to worry, I am not turning this into a foody blog.  In a couple days we will be on our way north and it may be a long time before you see any food pictures in my blog again. 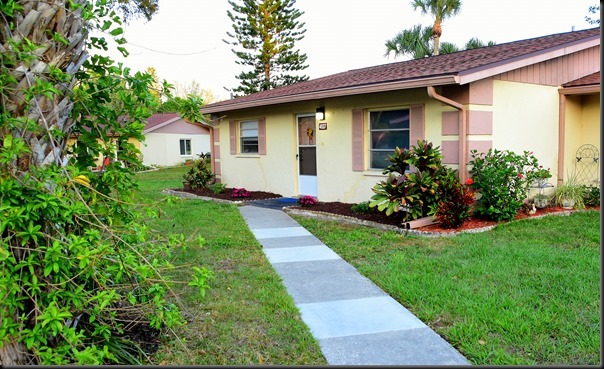 AND THIS IS WHERE AUNT JEAN LIVES

GROANER’S CORNER:((  The art-supply store sold artists' canvas by the yard. It came in either of two widths: 36 inches or 48 inches.  Customer: "Can you please cut some canvas for me?"  Clerk: "Certainly, what width?"  Customer: (confused and slightly annoyed) "Scissors?"

A doctor, an engineer, and a politician were arguing as to which profession was older.  "Well," argued the doctor, "without a physician mankind could not have survived, so I am sure that mine is the oldest profession."  "No," said the engineer, "before life began there was complete chaos, and it took an engineer to create some semblance of order from this chaos. So engineering is older."  "But," chirped the triumphant politician, "who do you suppose created the chaos in the first place?"