A COLD SNOWY MORNING ON THE BACKROADS OF HURON COUNTY 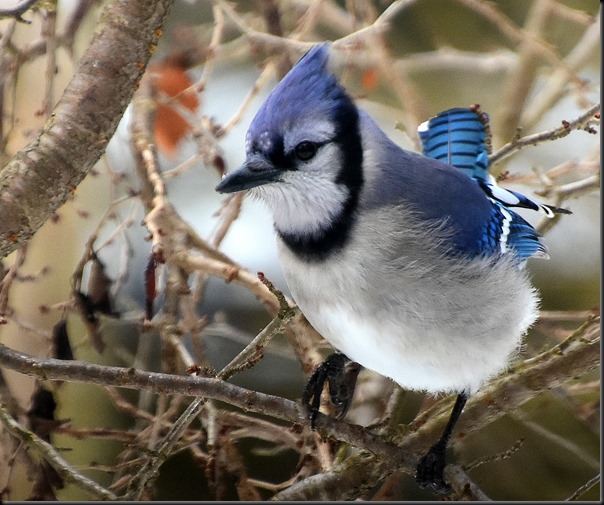 I had hoped for clearing overnight skies but it was not to be.  Aside from a brief dash of sunshine through our living room window and up the hall it turned out to be a dull gray day with heavy snow flurries at times.  After Wednesday’s in house day I knew I couldn’t take two days in a row like that so despite the snowy cold weather Pheebs and I headed out in the Jeep. 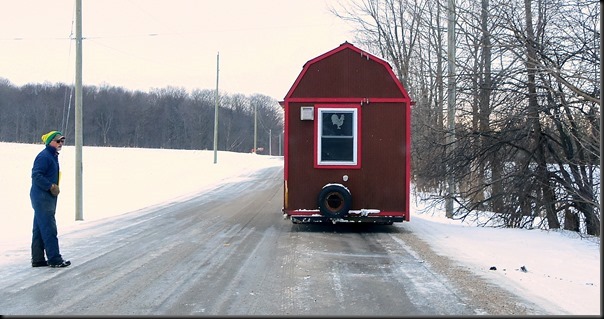 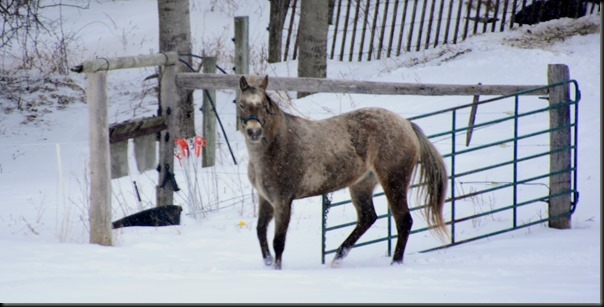 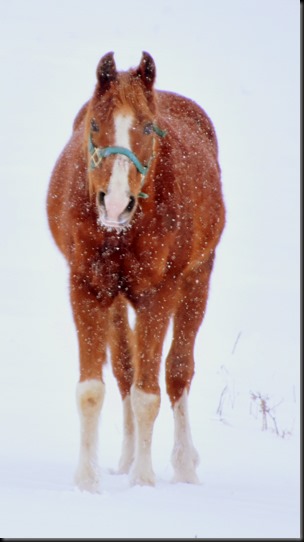 Didn’t figure there would be much to see out around the Hullett Marsh but we headed in that direction anyway and I was right, there wasn’t much to see.  Stopped for a leg stretch and the only sounds I heard in the nearby Marsh were Canada Geese, Red Winged Blackbirds and a few quacky Ducks.  I was pleasantly surprised to receive an email last week from Wildlife Technician Raeshawn Parsons at Friends Of Hullett saying, “I came upon your blog and your breath-taking photos of the marsh as well as the Bird Dog & Horse trials. I was wondering if we could use some of those photos for our website, newsletter, etc.”   “Any time your photos are used we will give you photo credit.”  Well that email put a smile on my face and of course I am only too happy to be of help to them with any of my photos they can use.  Just another reason for Pheebs and I to get out and about in the Marsh to take more photos:)))))) 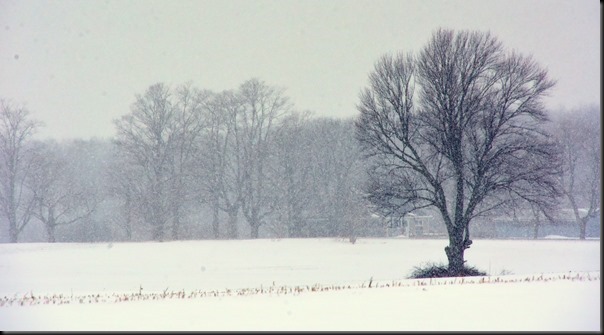 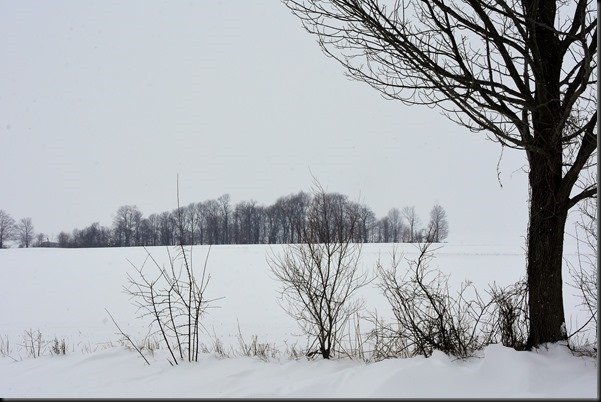 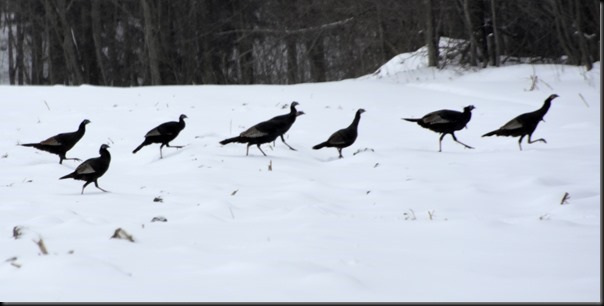 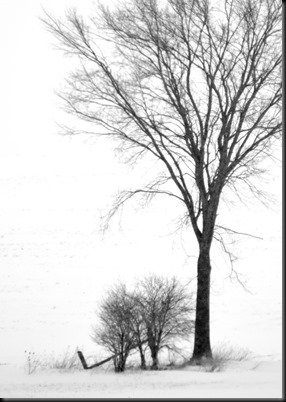 From December 23rd 2017 to March 12th 2018 I watched maybe 5 minutes of television.  While traveling I generally have very little interest in watching TV and these past few months remained true to form.  Since being home I have not clicked on one single cable news channel and have stayed away from watching news of any kind.  And you know what…..I seem to be feeling pretty darn good about that.  Yes I’m back to my favorite Smithsonian channel alright and with a few other entertainingly educational favorites along the same line I’m doing Okay. 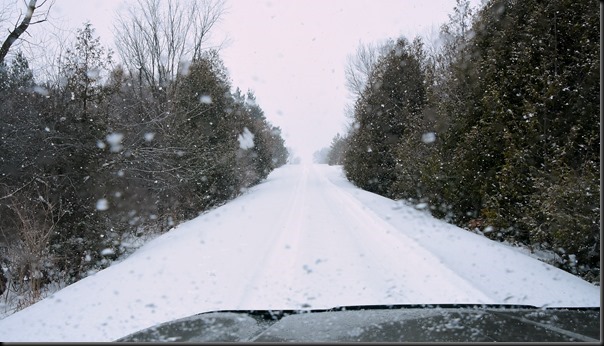 HAD TO HAVE LIBBY IN 4 WHEEL DRIVE THROUGH HERE 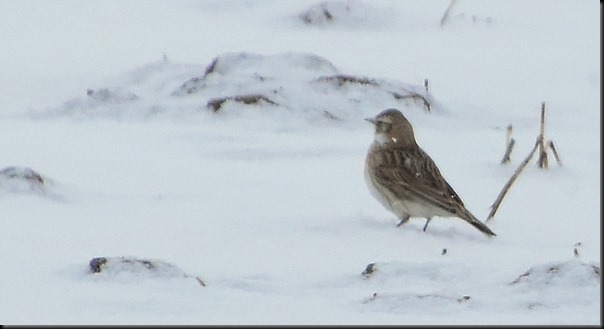 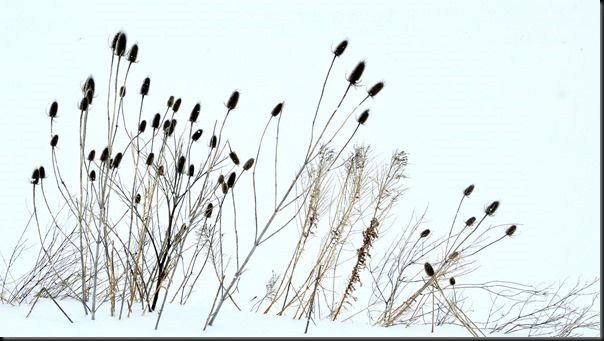 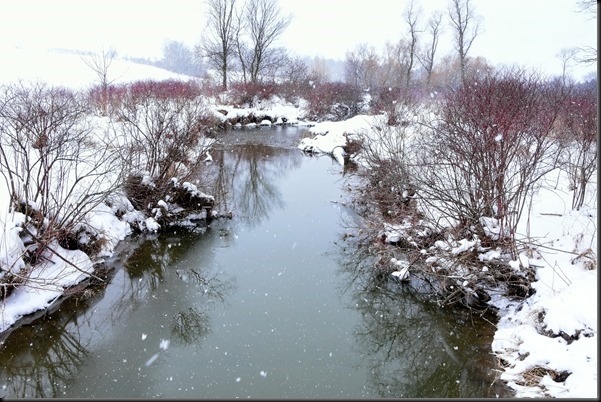 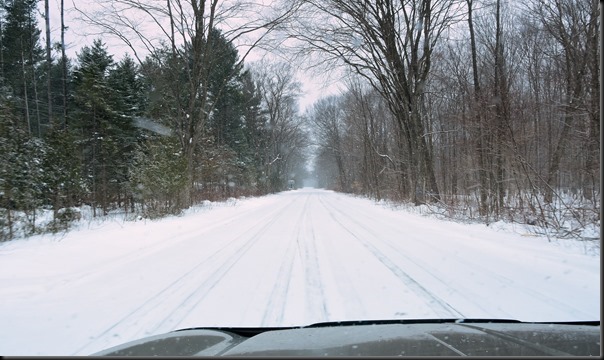 We’ve been home 4 days now so am I wishing we were still somewhere south in warmer weather??  Nope, just glad to be home knowing this cloudy colder weather will be gone soon.  Pheebs is especially happy to be back in the land of endless country roads wandering through rural farmlands again.  So nice to glance out the windshield or look in my rear view mirror and not see a single vehicle in sight.  No crazed sea of demented text-headed drivers blindly and destructively racing to get to wherever it is they don’t really need to go in the first place. 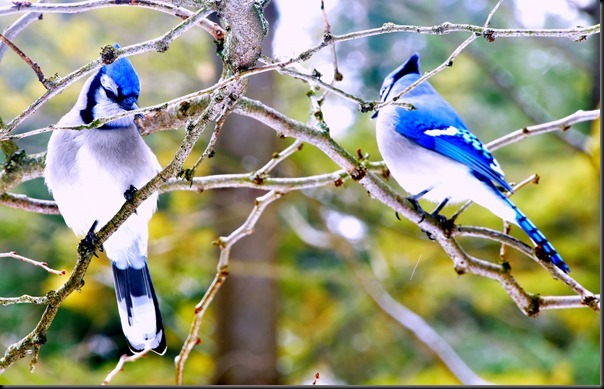 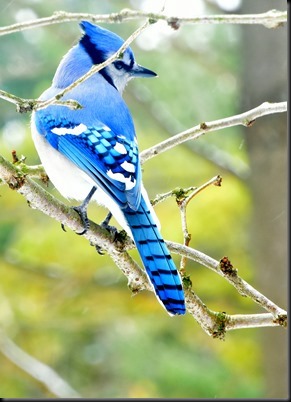 Happy to say our front yard birds are returning.  Blue Jays, Dark Eyed Juncos, Black Capped Chick-a-dees, Sparrows, a pair of Downy Woodpeckers, Green Eyed Flamingos, a couple Purple Pelicans, and a small flock of Partially Pileated Parrots.  Oh wait a minute….I seem to have got a little ahead of myself there. 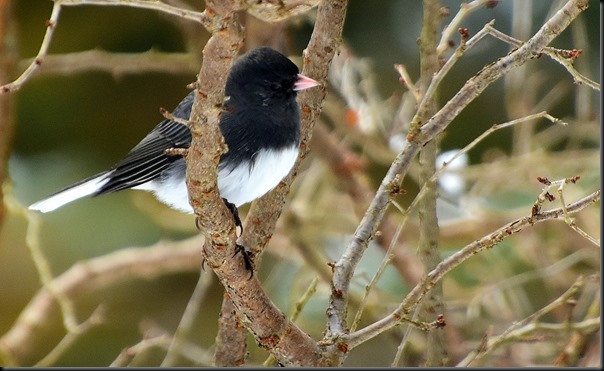 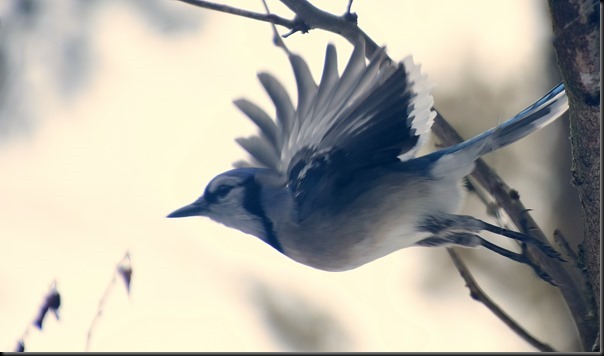 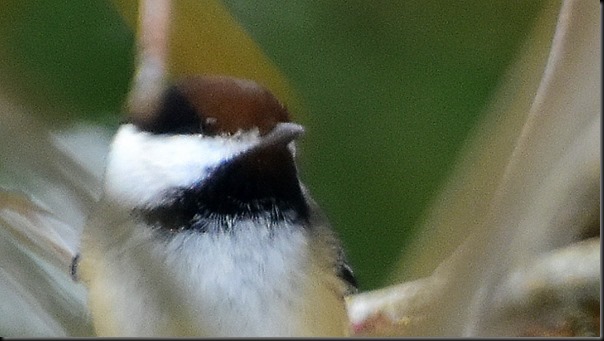 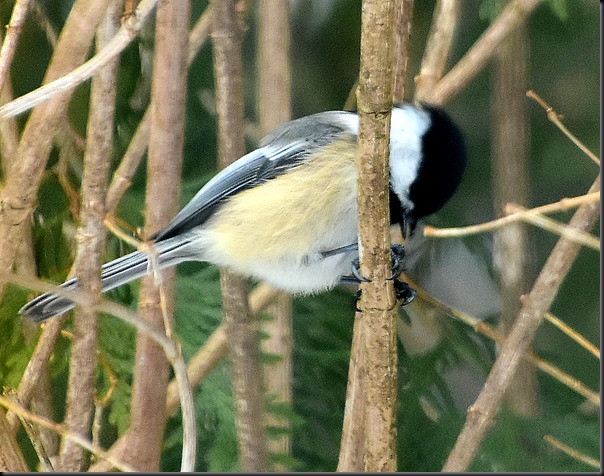 Amazingly enough this morning when Kelly picked up the phone to see if it was working yet….it was.  Imagine that!!  We have been going through all the reasons to get rid of our land line but in the end and for now we’ve decided having a land line still works best for us. 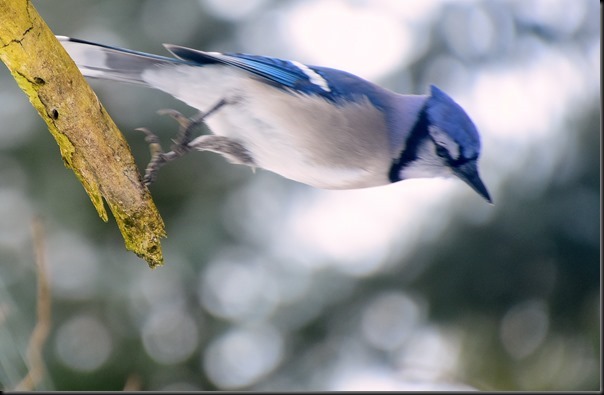 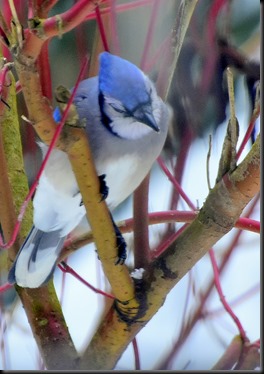 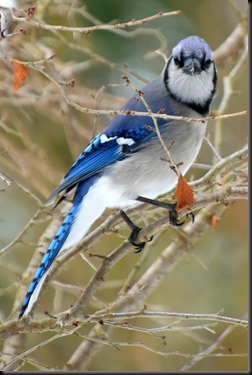 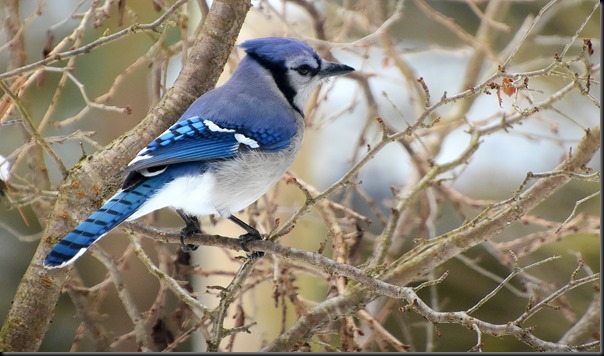 Sometimes I seem to overwhelm myself with silly mistakes and indecisive decisions and it seems to be more of a problem for me now as I have become a little older.  I seem to lack the patience with myself and often as not over react to simple problems.  Maybe I was always like that but I don’t recall it bothering me as much as it now seems to.  Actually i thought I was pretty good at handling a lot of things but somewhere along the line I have become aware of the fact I am changing and I am not quite as I once was.  I find things bother me more than they once did and I have a tendency to be more worrisome.  The subtleties of age creeping in I suppose.  Mentally and physically.  Well that’s my excuse for Wednesdays poor day anyway.  Thanks for your thoughts………………. 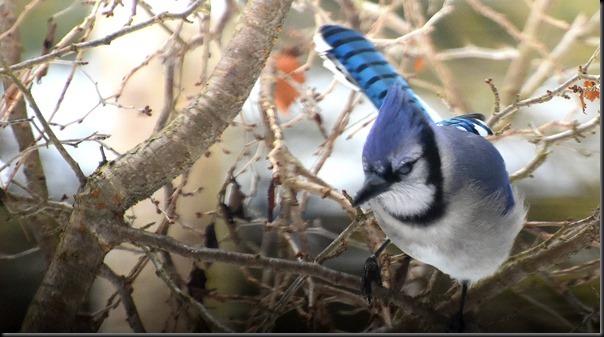 I am well. Hope you are too. Tell Brother Walt and Brother Elmer that the Marine Corps beats working for old man Minch by a mile.  Tell them to join up quick before all of the places are filled.  I was restless at first because you got to stay in bed till nearly 6 a.m., but I am getting so I like to sleep late.  Tell Walt and Elmer all you do before breakfast is smooth your cot and shine some things. No hogs to slop, feed to pitch, mash to mix, wood to split, fire to lay... practically nothing.  Men got to shave but it's not so bad... there's warm water. Breakfast is strong on trimmings like fruit juice, cereal, eggs, bacon, etc., but kind of weak on chops, potatoes, ham, steak, fried eggplant, pie, and other regular food, but tell Walt and Elmer you can always sit by the two city boys that live on coffee. Their food plus yours holds you 'til noon when you get fed again. It's no wonder these city boys can't walk much.
We go on 'route marches,' which the platoon sergeant says are long walks to harden us. If he thinks so, it's not my place to tell him different. A 'route march' is about as far as to our mailbox at home. Then the city guys get sore feet and we all ride back in trucks.  The country is nice but awful flat. The sergeant is like a school teacher. He nags a lot. The captain is like the school board. Majors and colonels just ride around and frown. They don't bother you none.  This next will kill Walt and Elmer with laughing. I keep getting medals for shooting. I don't know why. The bulls-eye is near as big as a chipmunk head and don't move, and it ain't shooting at you like the Higgett boys at home. All you got to do is lie there all comfortable and hit it. You don't even load your own cartridges. They come in boxes.  Then we have what they call hand-to-hand combat training. You get to wrestle with them city boys. I have to be real careful though, they break real easy. It ain't like fighting with that ole bull at home. I'm about the best they got in this except for that Tug Jordan from over in Silver Lake. I only beat him once. He joined up the same time as me, but I'm only 5'6' and 130 pounds and he's 6'8' and near 300 pounds dry.  Be sure to tell Walt and Elmer to hurry and join up before other fellers get onto this setup and come stampeding on in.
Your loving daughter,
Tammy Mason