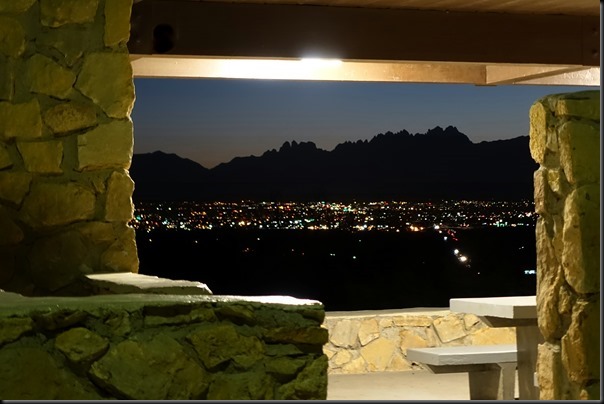 Morning dawned clear and bright after a restful night in the Las Cruces Roadrunner Rest Area alongside I-10 ‘s Eastbound lanes southwest of the city.  Only a few trucks parked nearby and they weren’t a bother.  I would recommend this Rest Area for anyone traveling in the area.  By the way that big Roadrunner bird in my Sunday night post at the Rest Area is not lit up at night.  I had to use my flashlight and carefully illuminate the Roadrunner for it to be seen. 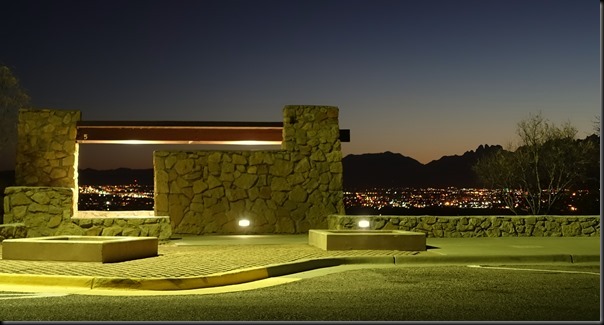 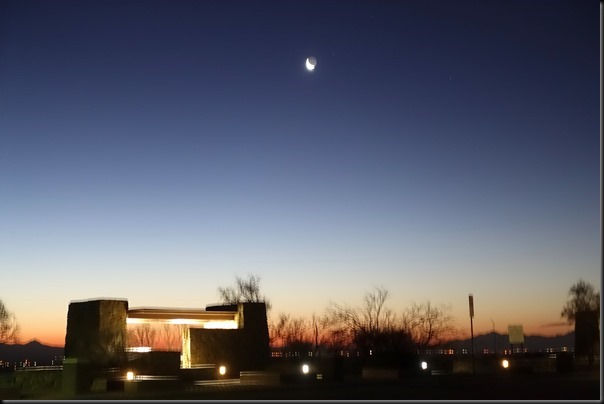 A NICE QUARTER MOON THIS MORNING

For the second morning in a row it was 8:20 when we had the big wheels rolling.  We plowed through a stiff southeast wind all the way to just north of El Paso where we exited I-10 and grabbed the 375 by-pass around El Paso.  And again a big thanks to Howard Payne for the alternative route directions to the alternative routes west end thus avoiding 375’s mountain grades.  Howard’s route has a few tricky dog leg turns in it and one has to precisely pay attention to the directions for sure.  While on the by-pass we entered Texas at exactly 9 a.m.  Here’s a LINK to Howard’s directions both from East to West and West to East around El Paso. 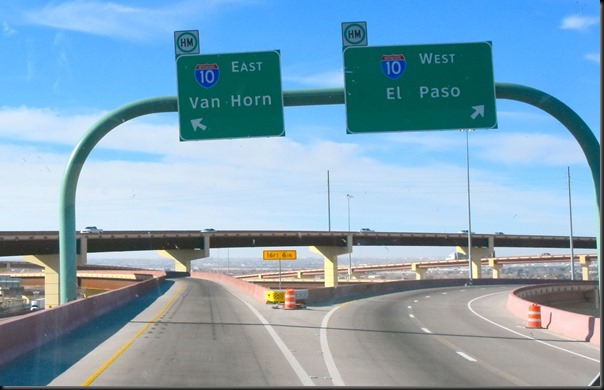 Back on I-10 heading East I watched El Paso and the Franklin Mountains disappear in my driver’s side mirror.  And with all the smog and dust in the air they were gone within minutes.  Winds diminished as we steadily plodded East.  McDonald’s coffee in Van Horn and we were on our way again.  Been a long time since we drove this stretch of I-10 and we think it was back in January of 2005 on our way home from spending Christmas in Big Bend National Park.

YEP WERE EAST FOR FLORIDA ALRIGHT

We’ve been through lots of Border Patrol check-points over the years and we sometimes get waved through while other times a few questions are asked.  Today i was asked several questions several times then asked to hand over my driver’s license.  Well that was a first…..but there was more.  I could see another border patrol fella going around our coach with a dog.  Nothing new about that but then we were told the dog had ‘alerted’ to something and we were to pull over to the side which of course we did.  With Pheebs on a leash we were instructed to step out of the coach while they did a preliminary search with the dog again and this time inside.  We were asked if we had any weapons and I said ‘No Sir, we’re Canadians.  He asked about drugs and that was another ‘No Sir’ for us.  He said the reason we were ‘flagged’ was because the dog had ‘alerted’ to either drugs or illegal aliens.  I was tempted to tell him I was married to a legal alien from Spencerport New York but I thought better of it.   The dog and his handler were in and out of our coach in about 10 seconds.  Good thing I had left a pair of dirty socks laying out or I’m sure they would have stayed longer.  When he stepped out of the coach he gave the fella standing in front of us a hand signal to say ‘clear’.  The fella with us wished us a good day and that was that.  We were on our way.  I think that dog’s gonna need a little more training. 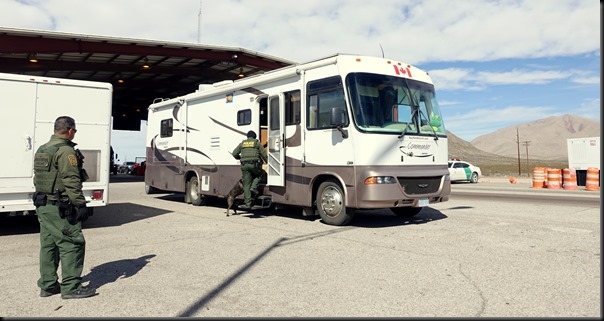 Decided our destination today would be Fort Stockton Texas.  Our third time here after passing through it on our way to Big Bend on that same trip in December 2004.  Kelly determined Fort Stockton had a Walmart so that is where this post is coming from.  West of Van Horn we had passed through another time zone change so we arrived in Fort Stockton at 4:20 Texas time.  We are now only 1 hour different from Ontario time. 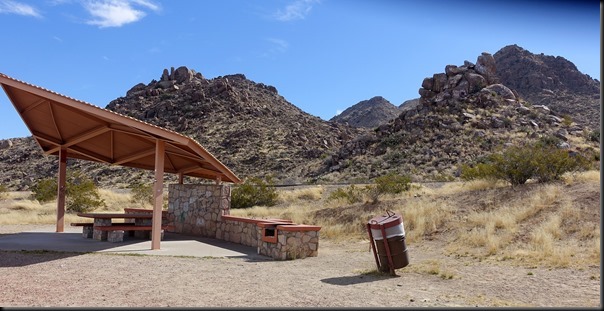 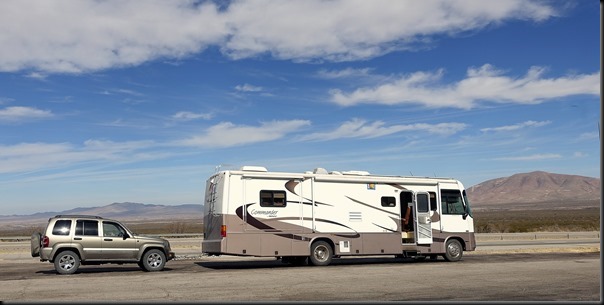 Luckily we were the first RV into the Walmart parking lot this afternoon because within the hour there were probably 20+ rigs crowded in for the night.  Shades of an RV Park I’d say.  We’re not used to that.

THAT’S US TO THE VERY LEFT 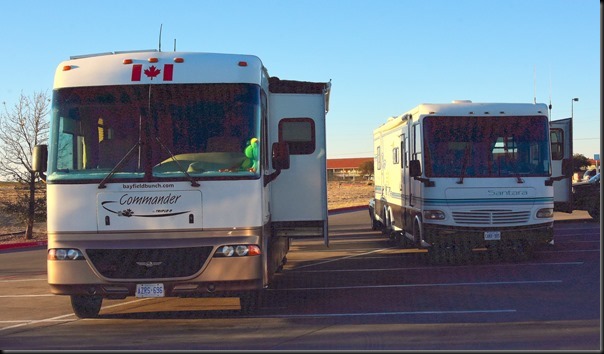 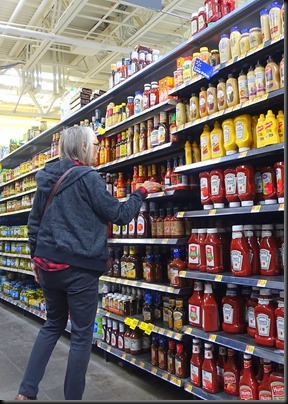 <<< PICKING UP A FEW WALMART GROCERIES

Q: What do you get when you cross a sheep and a kangaroo?
A: A sweater with big pockets.