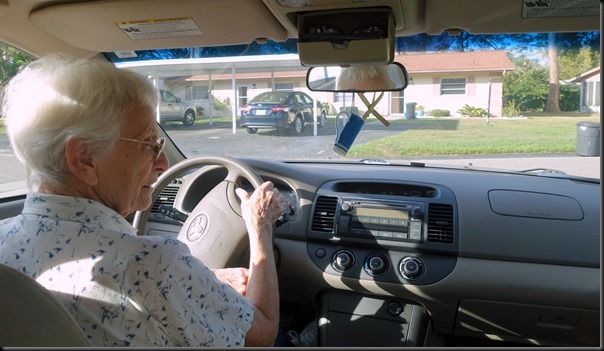 Couldn’t seem to drum up any energy or enthusiasm for finishing up the wash job on the passenger side of the Motorhome this morning.  I’ll have to wait for that little bit of inspiration to strike me again.  Maybe tomorrow.

Needing a second pair of shorts we headed off about 4 miles to a big Salvation Army store Kelly had been to last time here.  Found me a couple pairs of shorts, two short sleeved shirts and a new belt.  I actually outs-hopped my wife for a change.  Fancy that eh.  I’m quite a fashion trend setter with my used clothing line.  Last ‘new’ short sleeved shirt I might have bought was probably back in the early to mid 60’s.  I’ve been rather Thrifty in Good Willing it at the Salvation Army stores over the years:)) 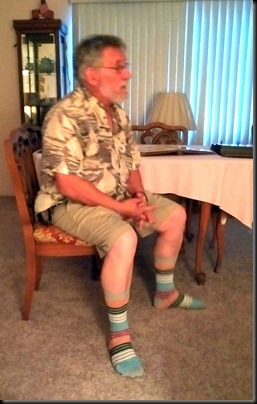 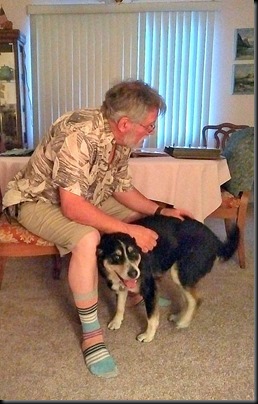 I seem to be more mentally tuned in to the Sarasota traffic than I was last time here.  I just kind of look at it all as a multi-laned stock car track and he who drives craziest wins.

Although we do have some activities in the planning stage for the next couple weeks you may find my daily posts a little on the bland side as I struggle with things to photograph and write about each day.  Maybe even a few days with no posts.

They sure have a mild spell going on back home in South-western Ontario and I hope that hangs on for our arrival home sometime around the 21rst of March.  And what a cold snap they have had out West where we just came from.  I think cooler weather is much healthier than hot weather but I’m glad we missed that western cold spell.  Nothing healthy about being below the freezing mark.

We slipped over to Aunt Jean’s about 3 o’clock this afternoon and I used Jean’s washer and dryer to get my laundry caught up.  Jean had a little photo project needing done by tonight so I took care of that as well.  Leaving Pheebs at Jean’s place we all piled into Jean’s Toyota, (the Speedy Gonsales Mobile) picked up her friend Pat a few doors away, and sped off through the manic Sarasota traffic to Miller's Ale House. 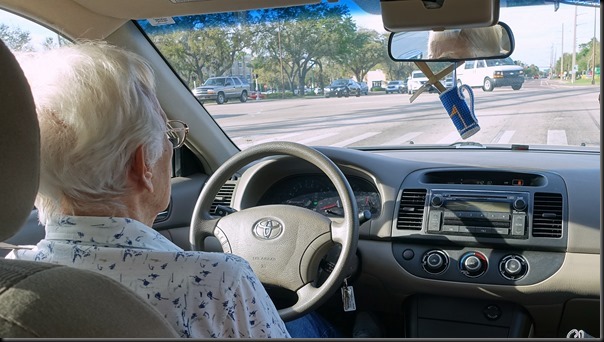 I THINK WE WERE DOING ABOUT 105 MPH HERE

When we got to the Ale House the parking lot was totally jammed with cars and people were all bunched up around the door waiting to get in.  Kelly and Pat jumped out of the car and made a mad hatter dash through the door to make a reservation while Aunt Jean and I cruised around and around and around and around looking for a parking spot.  I wonder what people thought when we went by with a little 90 year old white haired lady at the wheel and there’s me ‘Mr Daisy’ sitting in the back seat.  Finally did find a parking spot and I backed Jean’s car into it then helped Jean walk the distance back to the Ale House where Pat and Kelly were still waiting outside.  Ten minutes later we were inside and seated. 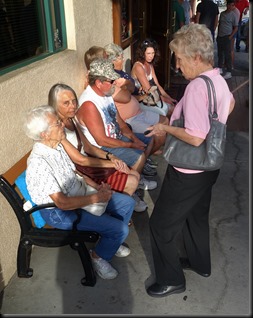 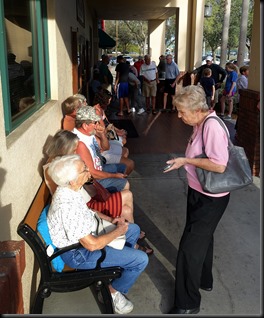 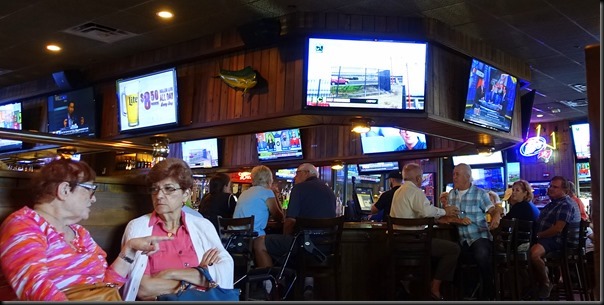 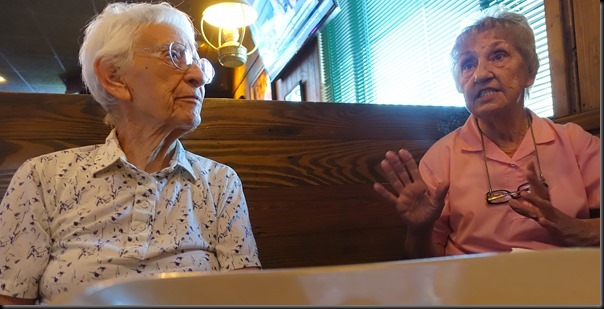 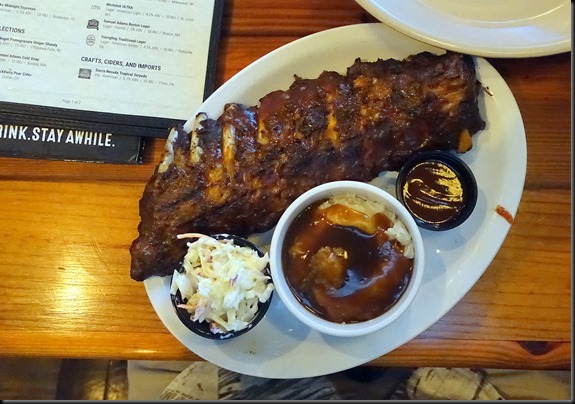 I HAD ABSOLUTELY NO INTENTIONS OF EATING THAT WHOLE ORDER OF BBQ RIBS BUT I DID…..COLE SLAW, MASHED POTATOES AND GRAVY TOO

- Choir: A group of people whose singing allows the rest of the congregation to lip-sync.
- Holy Water: A liquid whose chemical formula is H2OLY.
- Hymn: A song of praise, usually sung in a key three octaves higher than that of the congregation’s range.
-  Incense: Holy Smoke!
- Jesuits: An order of priests known for their ability to found colleges with good basketball teams.
- Jonah: The original “Jaws” story.
- Justice: When your children have kids of their own.
- Kyrie Eleison: The only Greek words that most Catholics an recognize besides gyros and baklava.
- Magi: The most famous trio to attend a baby shower.
- Manger:
1- Where Mary gave birth to Jesus because Joseph wasn’t covered by an HMO.
2- The Bible’s way of showing us that holiday travel has always been rough.
- Pew: A medieval torture device still found in Catholic Churches.
- Procession: The ceremonial formation at the beginning of Mass, consisting of altar servers, the celebrant, and late parishioners looking for seats.
- Recessional: The ceremonial procession at the conclusion of Mass—lead by parishioners trying to beat the crowd to the parking lot.
- Relics: People who have been going to Mass for so long that they actually know when to sit, kneel, and stand.
- Ten Commandments: The most important Top Ten list not produced by David Letterman.
- Ushers: The only people in the parish who don’t know the seating capacity of a pew.