FORT STOCKTON TO KERRVILLE TEXAS…..CLOUDY AND COOL BUT THAT’S OK, IT BEATS THE HEAT 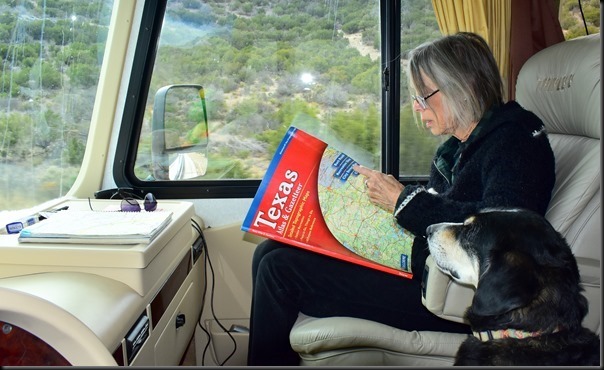 In Monday night’s post I guessed there were 20+ RV’s parked in the Fort Stockton Walmart lot.  Dressed warm against a cool wind I later took a walk around and counted exactly 21 rigs.  Seems to be a popular place for traveling RV folks. 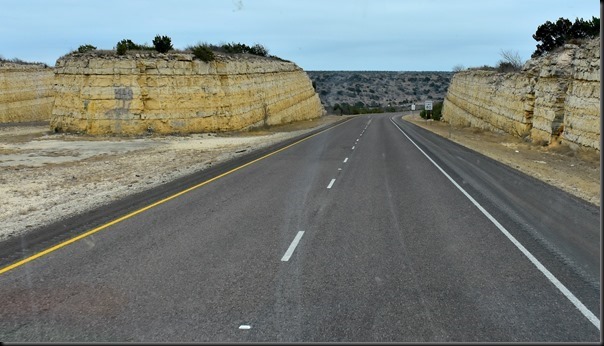 Despite the number of RV’s close by with the potential for noisy generators all night it never happened and we had a restful sleep.  With a Walmart gas bar on site we took advantage of that to top up our tank first thing this morning.  Swinging up onto I-10 East we swung around to the other side of Fort Stockton and popped into a Love’s gas bar and topped up our propane tank as well.  It was about 8:30 when we hauled ourselves back up onto I-10 and away we went.

I’m sure folks on the East Coast would find it hard to believe if I told them there are many times on I-10 when I can look far ahead or behind and not see another vehicle.  It’s one of the beauties of the West.  Way less traffic, way less people. 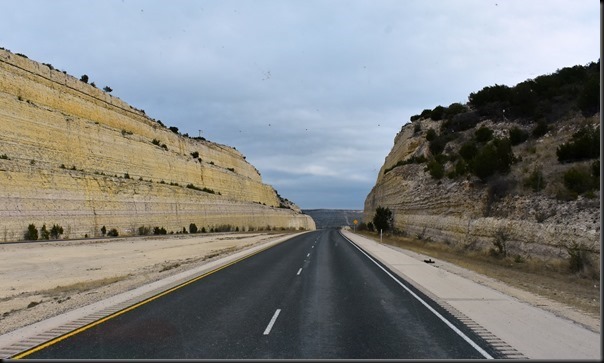 NOW THIS IS HOW I LIKE TO SEE AN INTERSTATE…..’EMPTY’

SURE WAS NICE SEEING GREEN TREES ALONG THE ROAD AGAIN 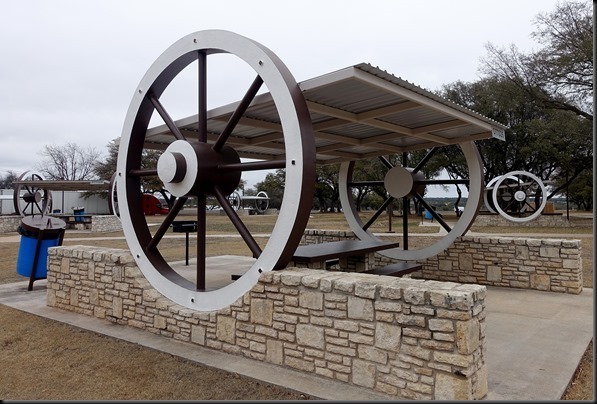 AT THIS REST AREA WEST OF SONORA KELLY BREWED UP SOME COFFEE AND FIXED  US A COUPLE HOT DOGS…..HEY McDONALDS YOU GOT NUTHIN ON US GUYS

A high thin cloud cover diffused our morning Sunlight and ahead we could see the leading edge of a large cloud mass across the horizon.  With an East wind a-blowin we knew we would soon be under it.  Sooner came later and it was as if someone had turned a switch and dimmed down the big light in the sky.  Temperatures dropped and the day took on a solemn look.  Other than that it was a fine driving day.  Dry pavement, no rain, and very little traffic.  Groovy:)) 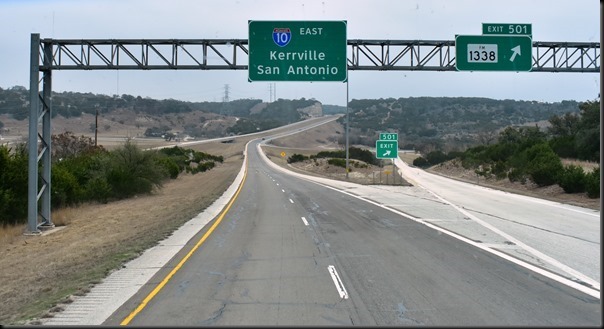 Toyed with the idea of running up through Fredericksburg but the idea didn’t seem to catch on with either one of us.  We’ve been up that way before.  Kelly read some good reviews about a Rest Area east of Kerrville Texas so we set our sights on that and we rolled in there around 1:30 this afternoon and shut er down.  We sure haven’t been traveling the big distances like we used to but that’s Okay we’re not in a big hurry.  Must say I am enjoying some fresh new scenery for a change and that is working out just fine for me. 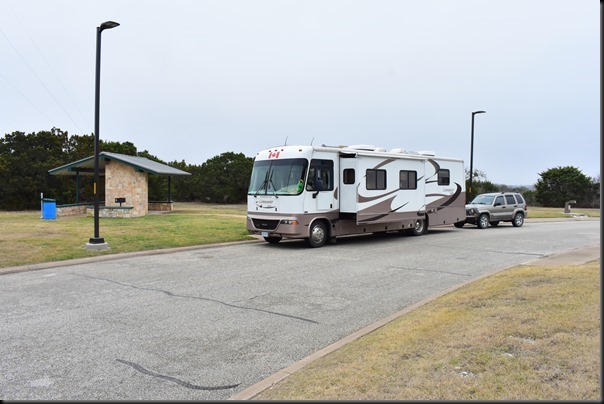 GROANER’S CORNER:((  A small two-seater Cessna 152 plane crashed into a cemetery early this afternoon in central Poland. Polish search and rescue workers have recovered 300 bodies so far and expect that number to climb as digging continues into the evening.

Why does the bride always wear white? Because it's good for the dishwasher to match the cooker and the fridge.

Knock Knock
Who's there?
Oslo!
Oslo who!
Oslo down, whats the hurry!