FIRE IN THE DRAGOON MOUNTAINS TODAY With major house renovations going on here at Janna and Mike’s there is always lots of junk to be loaded up and taken to the dump and this morning was a dump morning.  Now cleaning up and loading stuff is something I know about so I was able to make myself useful and help Mike load up and take to the dump a pick-up truck load of stuff.  And it was that which brought me out of my low energy state.  Low energy levels are not always physical and as often as not it’s a mental tiredness that can bring energies down. 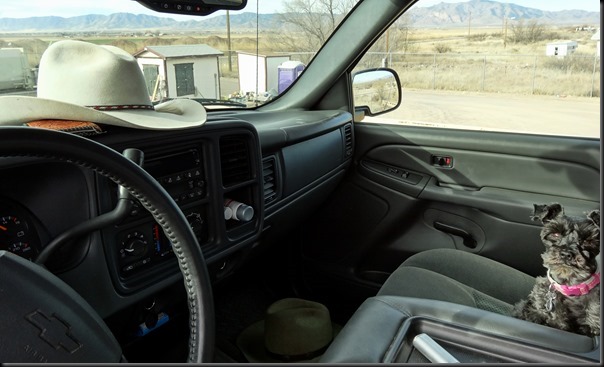 THERE WAS A REASON FOR US TO LEAVE OUR HATS IN THE CAB……AND DID YA SEE LITTLE CUTSY PATOOTSY EMMI?? 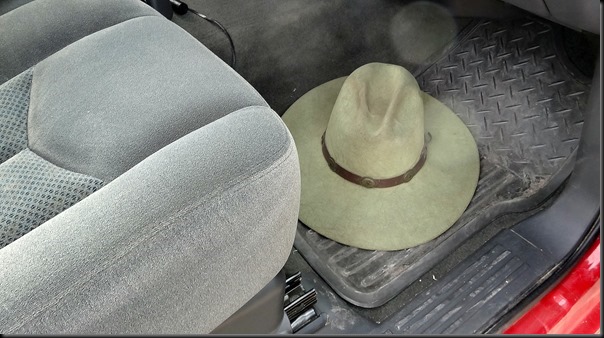 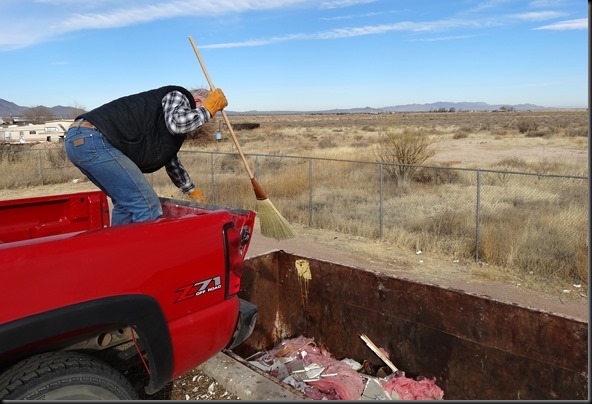 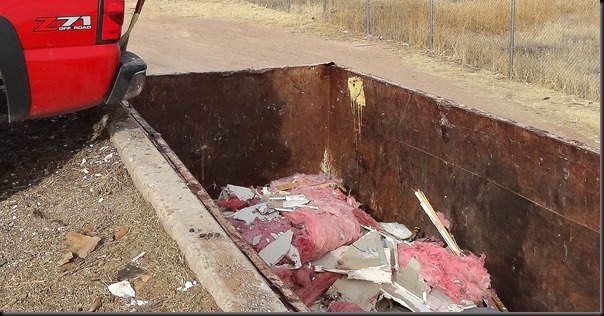 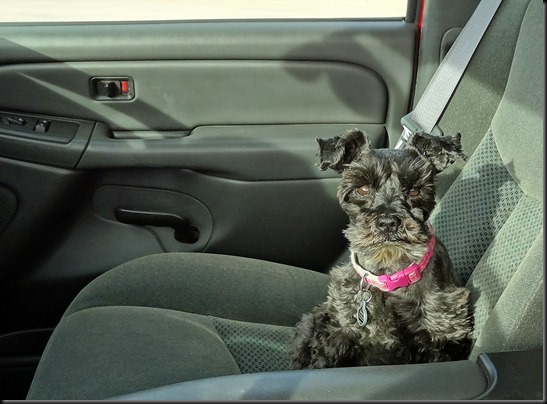 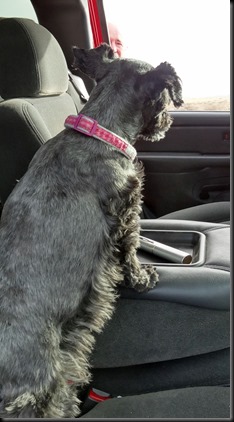 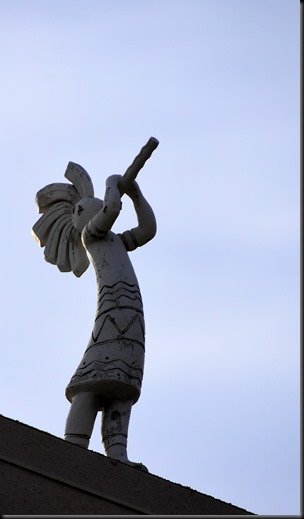 Had a bunch of photo files to organize so I plugged away at that today while Kelly spent time updating our antique Garmin GPS thingy.  That is especially important for any major cities we may encounter in our travels.  Other than that we rarely use our GPS thingy. Take’s all  the fun and excitement out of getting lost. 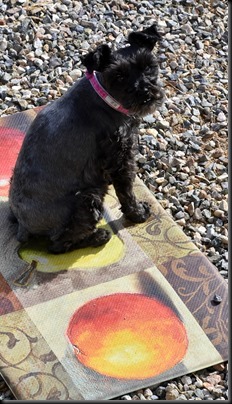 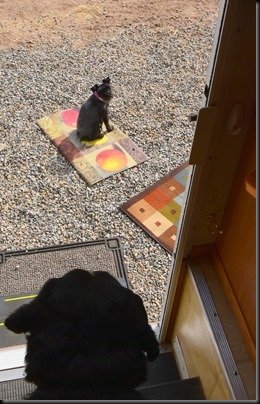 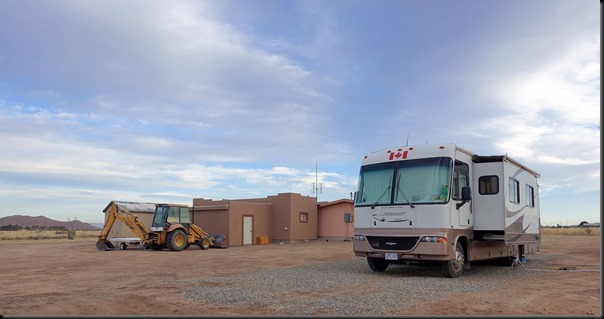 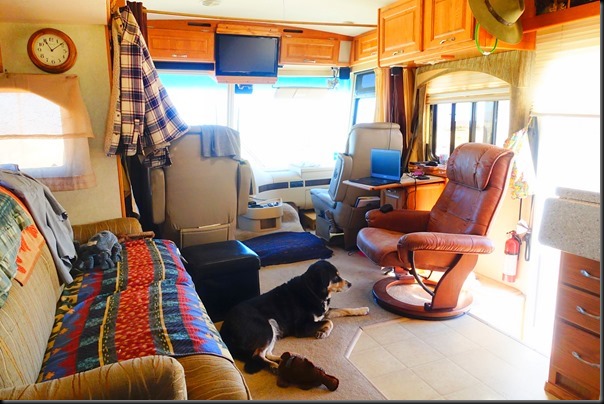 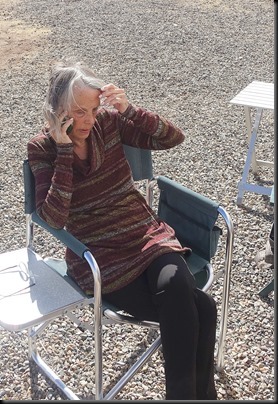 <<< KELLY TALKING TO HER MOM IN SPENCERPORT NEW YORK THIS AFTERNOON

Might have been around noon when Janna came out and directed our attention in the direction of the Dragoon Mountains.  A cream colored smoke plume rose from just north of the Cochise Stronghold peak on the west side.  Strong gusting winds from the Southwest were carrying clouds of smoke to the Northeast.  Had it been a west wind we would have been enveloped in smoke.  Over the course of a few hours the fire intensified obscuring much of the Dragoon mountains to the north.  Due to the wind direction we were in no danger but I did get an occasional slight whiff of smoke from time to time.  Pre-evacuations orders were issued for folks in the path of the fire to the north.  I imagine visibility along I-10 was affected as well.  Heavy wind gusts this afternoon rocked our Motorhome. 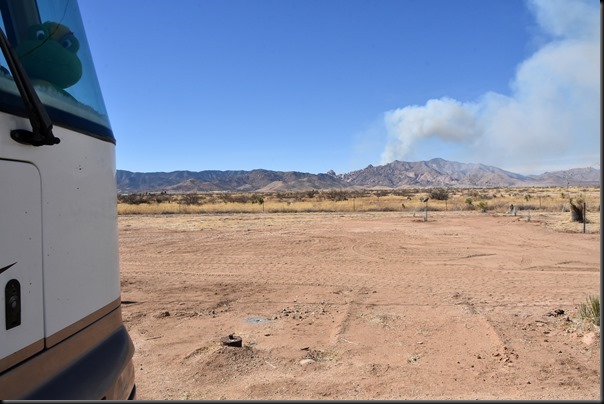 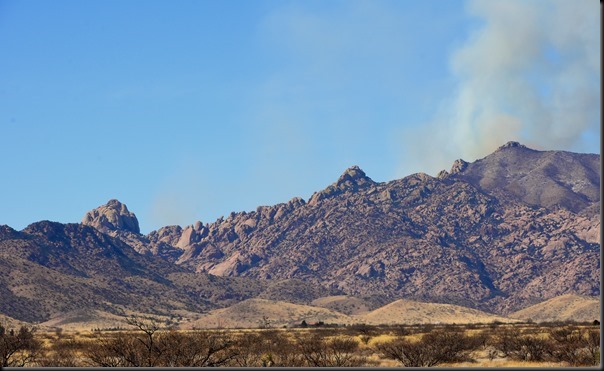 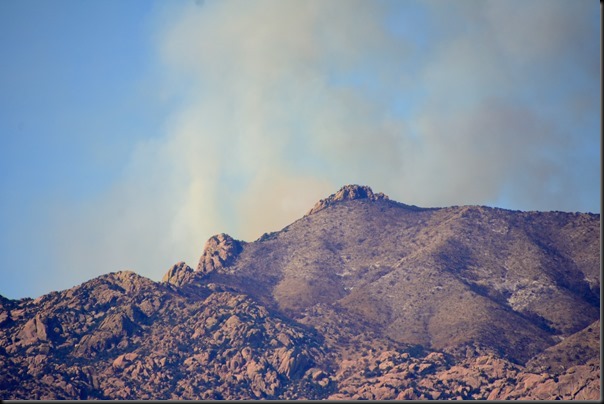 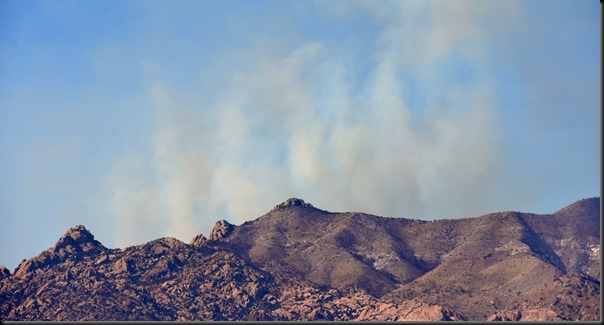 THIS FIRE ENDED UP BURNING ABOUT 2,000 ACRES 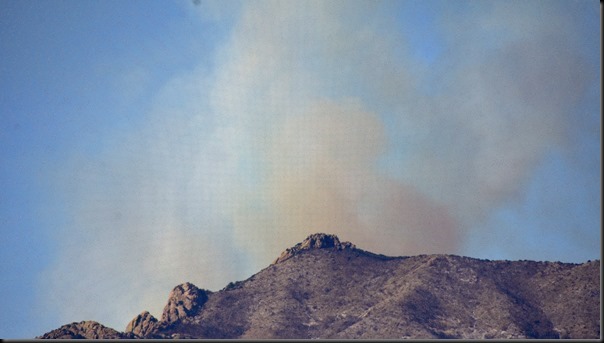 INTERSTATE 10 IS OVER TO THE EXTREME RIGHT ON THE HORIZON 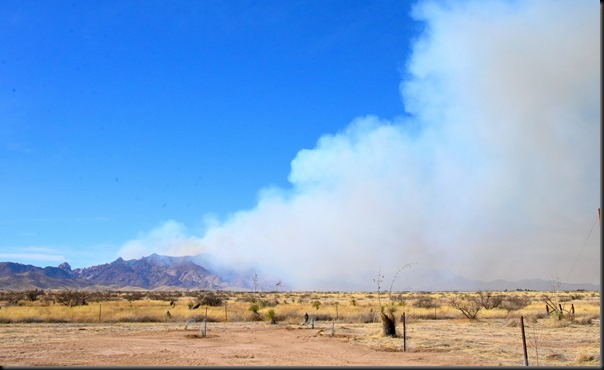 SMOKE WAS INTENSE FOR AWHILE 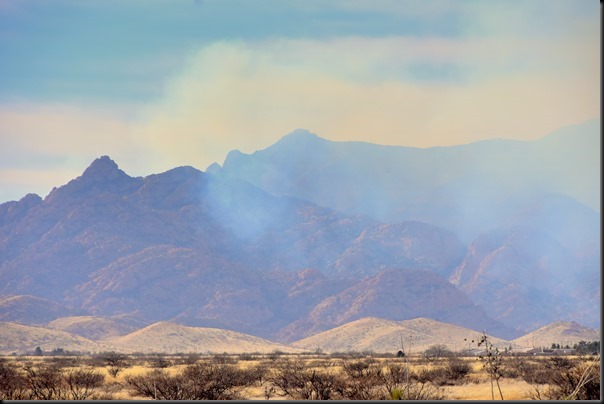 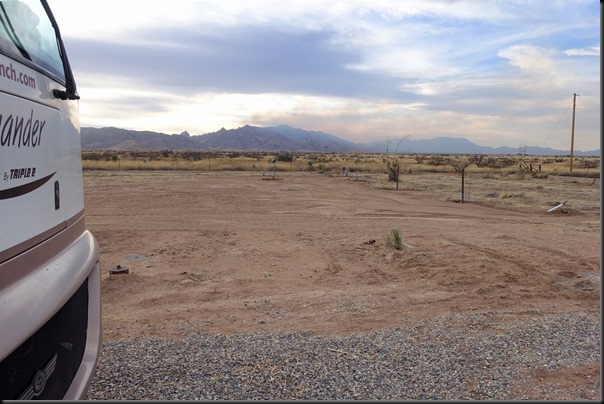 With the exception of Emmi and Pheebs we all piled into Janna and Mike’s red pick-up truck and headed for the Sunsites Legion about 5:30 tonight for a steak supper.  We were too late.  Tickets were sold out so we drove a couple blocks to TJ’s Bar and Grill where we were last time and had ourselves supper over there.  My Santa Fe burger was great.  From there it was back to Janna and Mikes where we sat around awhile for a Saturday night chat.  Sure do like these folks:)) 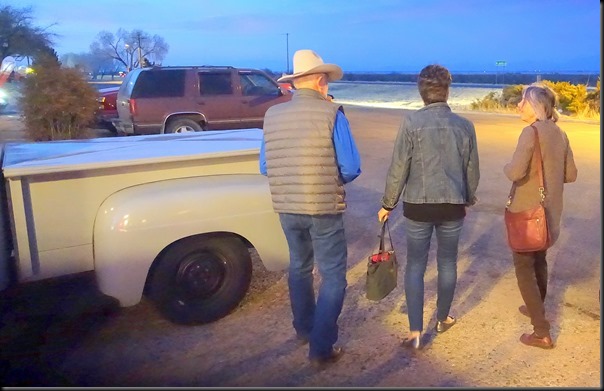 THREE AMIGOS HEADING OUT OF TJ’S BAR AND GRILL 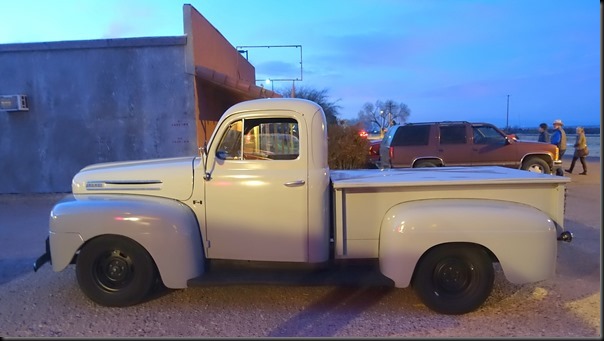 IT’S A FORD BUT WE DIDN’T KNOW THE YEAR 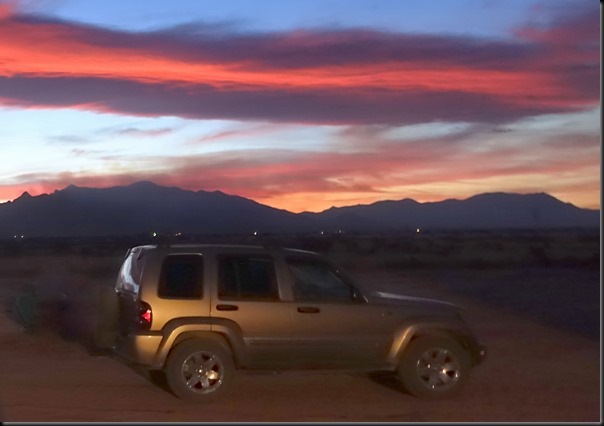 THAT’S OUR JEEP AND WE DID KNOW THE YEAR:))

GROANER’S CORNER:(( There was a religious woman who had to do a lot of traveling for her business. Flying made her very nervous, so she always took her Bible along with her.
One time, she was sitting next to a man. When he saw her pull out her Bible, he gave a little chuckle and smirk and went back to what he was doing.  After awhile, he turned to her and asked, "You don't really believe all that stuff in there do you?"  The woman replied, "Of course I do. It is the Bible."  He said, "Well, what about that guy that was swallowed by that whale?"
She replied, "Oh, Jonah. Yes, I believe that, it is in the Bible."  He asked, "Well, how do you suppose he survived all that time inside the whale?"  The woman said, "Well, I don't really know. I guess when I get to heaven, I will ask him."  "What if he isn't in heaven?" the man asked sarcastically.  "Then you can ask him," replied the woman.

Accept misfortune as a blessing. Do not wish for perfect health or a life without problems. What would you talk about?

- Wherever you go, there you are. Your luggage is another story.