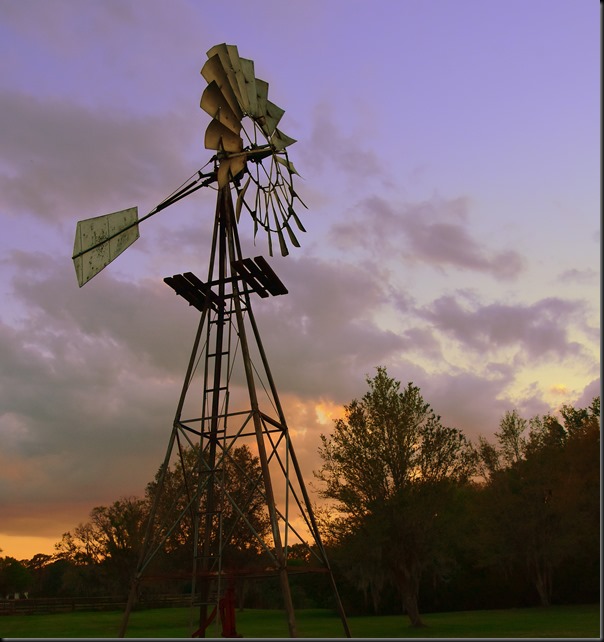 Noticed first thing this morning it was cloudy so figured that was a good opportunity for me to finish washing the Motorhome.  With just the passenger side left to do I didn’t waste any time getting at it before the heat began to build.  Cleaned all the outside windows after finishing up the wash job on the rig as well.  Despite no hot sun the morning’s humidity soon turned me into a soggy mass and I had no choice but to retreat inside and throw myself into the shower.  There was no going back outside for me after that and especially after the Sun came out.  Stayed pretty close to our A/C unit until it was time to head over to Aunt Jeans for supper later this afternoon.    Kelly had ventured out earlier this morning to browse around some stores in the area.  Came back with some fresh strawberries. 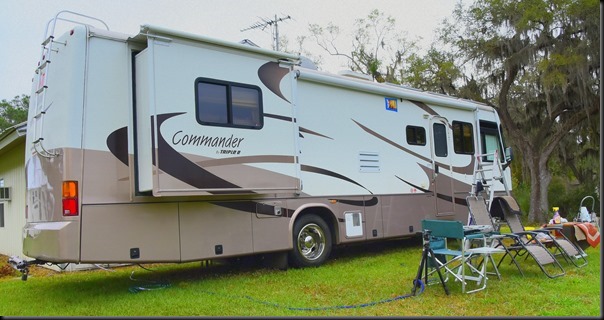 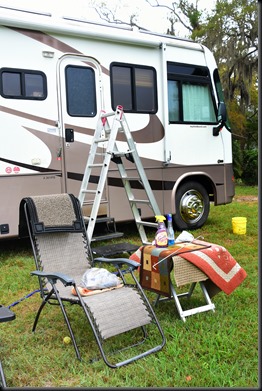 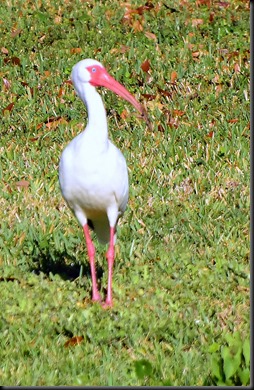 Aunt Jean fixed us up a nice ham and scalloped potatoes supper complete with yummy lemon squares for desert.  For 90 years old she is still as sharp as a tack and although her better golfing days may be behind her she is still up early every morning and out for a walk.  She likes to be able to check on her favorite constellation Orion. 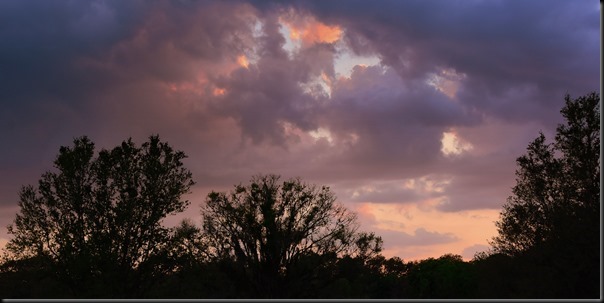 On the Fireball 500 I-75 racetrack heading back to the rig we could see a beautiful sunset happening way off to the West and soon as we got back I was able to hop out of the Jeep and get a few parting shots of it. 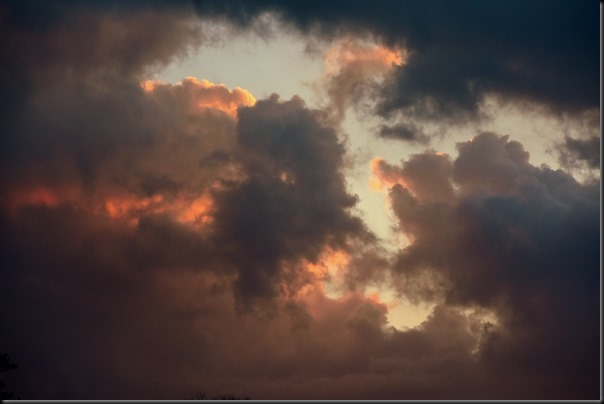 So much nicer now seeing our Motorhome looking spic n span again.  One of the advantages of owning our Congress house was the fact that each time we arrived there I could always haul the hose out and wash all the road grime off the Motorhome.  Normally leaving home the third week of October like we usually do and unless we hit rain on the way the Motorhome stays relatively clean but leaving in December like we did this year our coach was salted up soon as we left our Park that morning and there wasn’t a darn thing we could do about it.  My plan was to get the coach professionally washed in Yuma but with only two quick overnighters on Ogilby Road west of Yuma that just didn’t happen.   Anyway it’s done now and should stay that way for a few more weeks until we head home and probably run into another whack of snowy slush, ice, and salt infested roads again.  Oh tis quite a life we RV’ers lead………….. 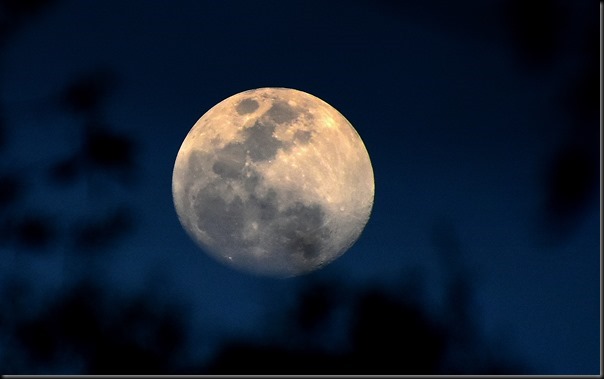 GROANER’S CORNER:(( While watching a football game, two friends are talking during a commercial. One guy says, "My wife said I put football before our marriage."  The other guy says, "Oh, she's exaggerating." First guy says, "I thought   so, too, because I just took her out for a really nice celebration of our third season together!"

1. You've ever had to lug a paint can to the top of a water tower to defend your sister's honor.

2. Your wife's hairdo has ever been destroyed by a ceiling fan.

3. You go to your family reunion to pick up women.

4. Your richest relative buys a new house -- and you have to help him take the wheels off it.

5. You think a six-pack and a bug zapper is quality entertainment!

6. Your family tree does not fork.

7. You've ever been too drunk to fish.

9. You helped your cousin move his refrigerator -- and the grass underneath it has turned yellow.

10. You owe the taxidermist more than your annual income!

Are you really that bald or is your neck just blowing a bubble?