WE ARE LIKE BEES….WHEN THE TEMPERATURE DROPS WE DON’T BUZZ AROUND MUCH 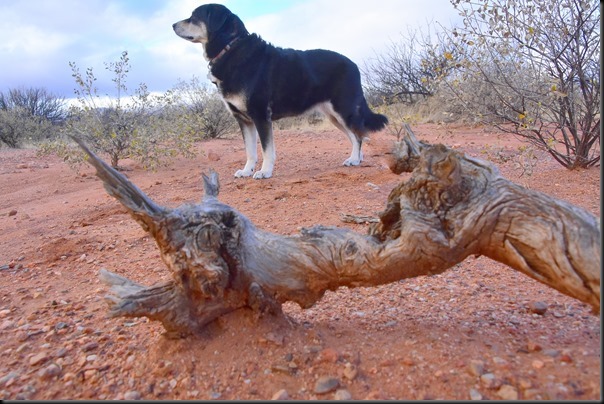 MORNING WALK
We knew it was coming and it came.  Wind, rain, and cooler temperatures.  Had been windy most of the day and those gusting winds picked up early evening.  Slide toppers began to noisily flap.  Kelly pulled her bedroom slide in around 9 and I had to finally pull in our bigger living room slide about 11.  Just too noisy.  Rains came splattering down around 4 a.m. but didn’t last long.  Stepping out with Pheebs in the darkness around 6 I could tell it was cooler.  Not cold, just cooler.  Winds had shifted into the west and were light so we put our slides back out.  Always a little more crowded inside when the slides are in but we still have access to everything and are able to move around Okay. 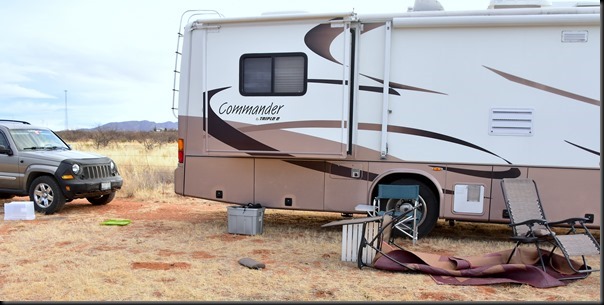 OVERNIGHT WINDS HAD HAD THEIR WAY WITH US 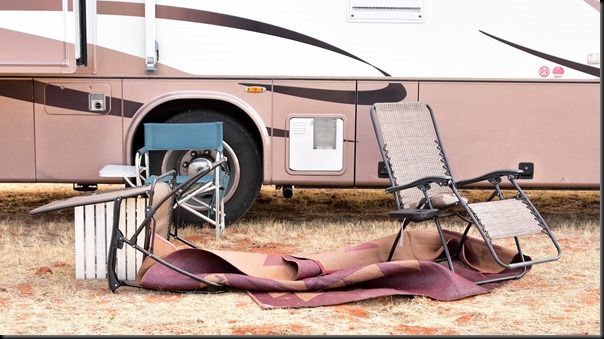 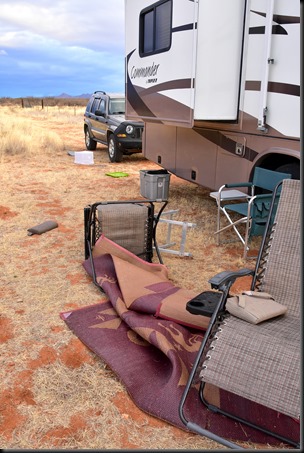 Had us a coolish morning walk on a hard packed reddish desert floor through yellowed grass, mesquite shrubs, and an occasional prickly pear cactus or chain fruit Cholla.  A few passing clouds had stopped for a rest atop the Huachuca Mountains. 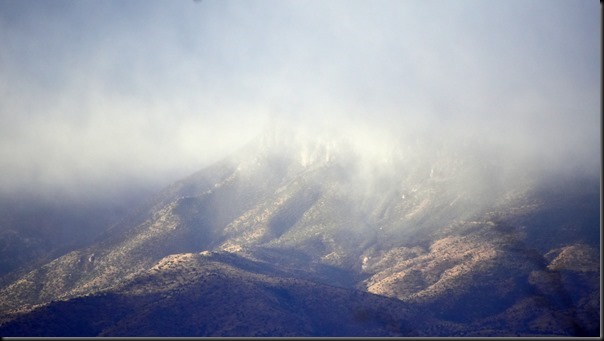 CLOUDS SITTING ON THE MOUNTAIN TOPS

AN EARLY MORNING CLOUDY START TO OUR DAY 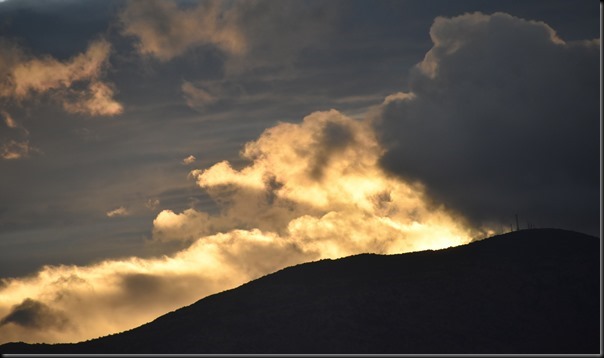 With a windy cool and cloudy morning going on neither one of us were energized to head off anywhere adventurous so piled into the Jeep and headed into Sierra Vista on a few errands.  First stop was Napa to get a new tire pressure gauge.  My last two bought from the Canadian Tire Store in Canada broke.  Canadian Tire is sometimes referred to as Crappy Tire so maybe that had something to do with it. 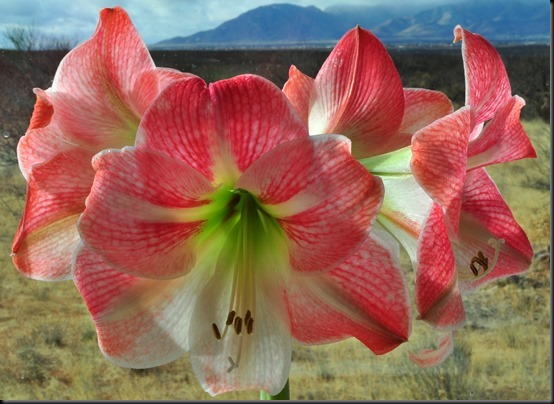 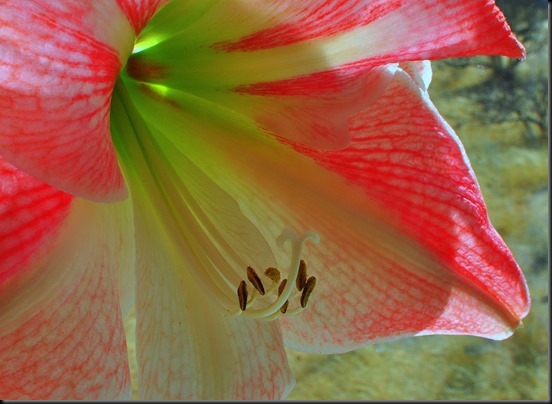 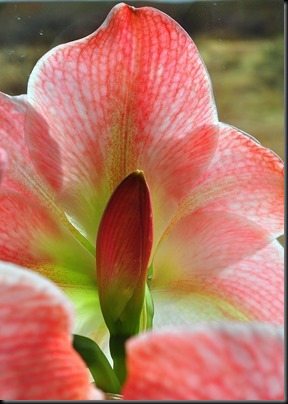 In need of a few grocery items we slipped into Sierrra Vista and popped into Frys Supermarket.  Well Kelly did while I stayed with Pheebs in the Jeep.  I’m a little gun shy of this store.  I once unknowingly stopped at this major supermarket on Senior’s Day and was lucky to get out of their with my skin still intact.  Those Seniors can be brutal and I didn’t know if today might have been Seniors Day or not and I wasn’t about to take any chances.  I knew Pheebs and I would be safe in the car.  However, I had forgot to tell Kelly I needed peanut butter and definitely requiring that absolute necessity of life I had no choice but to go in.  Luck was on my side and it wasn’t Senior’s Day.

DARK CLOUDS FOR THE FIRST HALF OF THE DAY 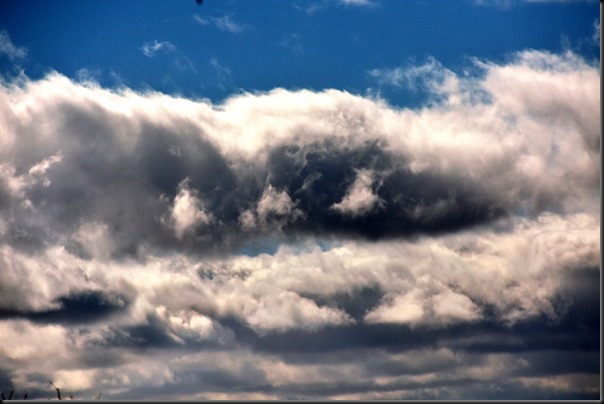 MEET OSCAR THE GROUCH’S SECOND COUSIN SNOSKER THE CLOUD GRUMP
From Frys it was over to a store called Marshalls where Kelly picked up a new curling iron and a couple squeaky toys for Pheebs.  I don’t think I’ve ever been in a Marshall Store.  Pheebs and I stayed in the Jeep and held the parking lot down. 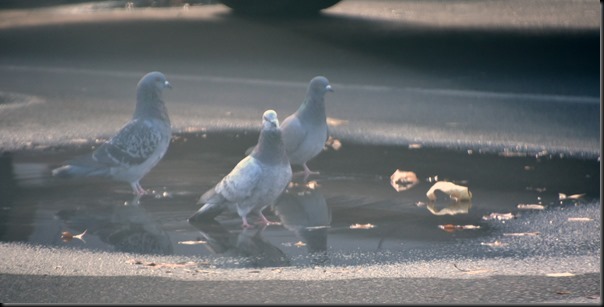 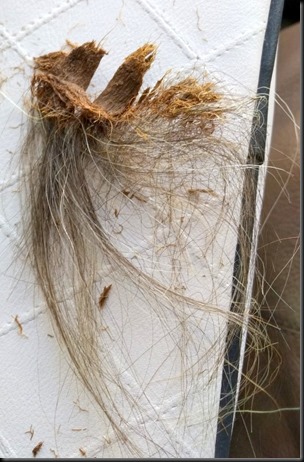 <<< THIS IS WHAT THE CURLING IRON DID TO KELLY’S HAIR
Kelly bought a new ‘Conair Infinity’ curling iron for her hair a couple weeks ago at Walmart and Tuesday morning tried it out for the first time.  You can see what happened below when the curling iron burnt off a chunk of Kelly’s hair.  Reading reviews on this curling iron later one can see many complaints by buyers.   This faulty curling iron is an accident waiting for a head of hair to happen upon. 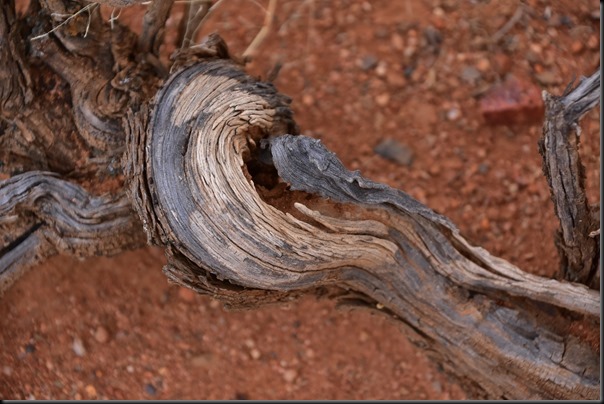 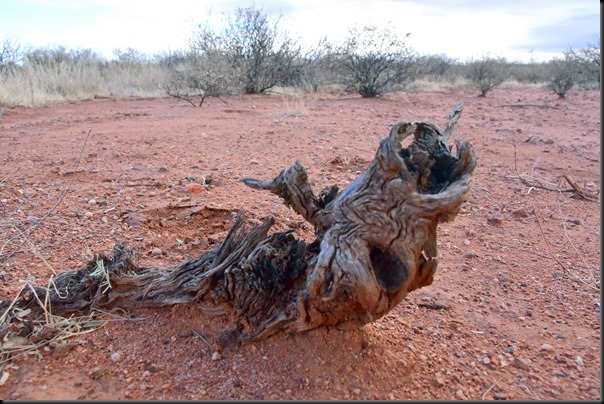 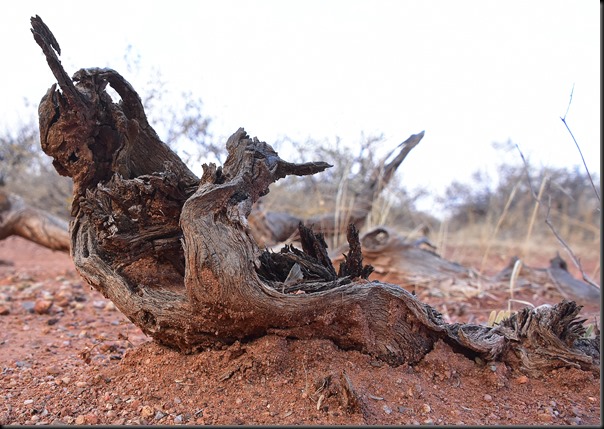 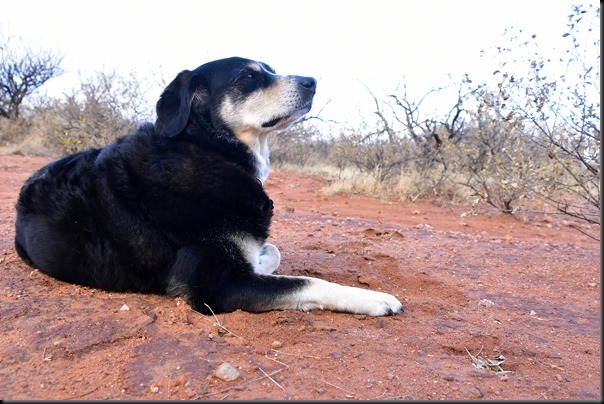 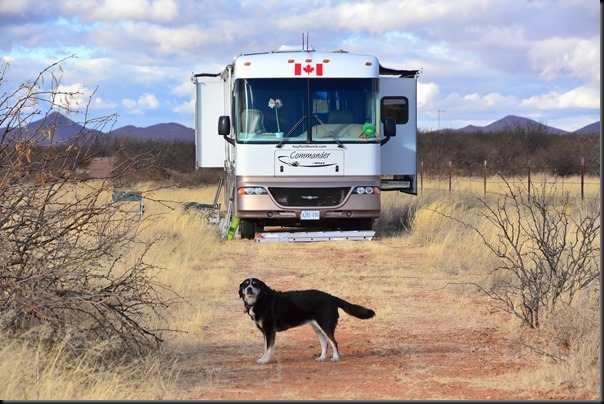 AFTERNOON WALK AT OUR HOUSE 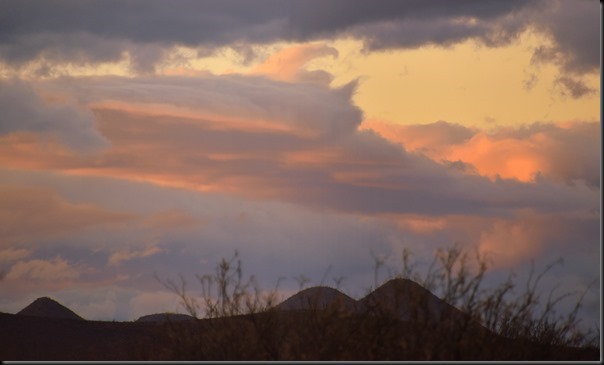 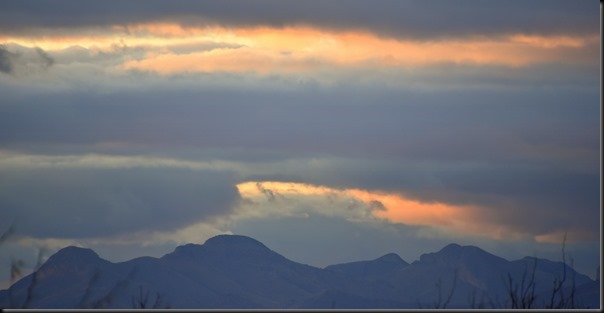 Luckily we know our way around Sierra Vista reasonably well and were able to locate our next stop.  It’s a sandwich place Kelly likes called Schlotzsky’s.  I had a smoked turkey breast sandwich and Kelly had a pastramil and swiss cheese.  It’s the second time we’ve been there and I’ve noticed it’s a popular eatery for Fort Huachuca military personnel.  Speaking of Fort Huachuca, Kelly and I were fortunate enough to get onto that U.S. Army base a number of years ago and have us a look around.  Canadians are not allowed on the base so how did we pull this one off.  Well, you can read about it in my Februrary 3rd 2009 post and it had something to do with quickly Switching Driver's Seats before we got to the main gate. 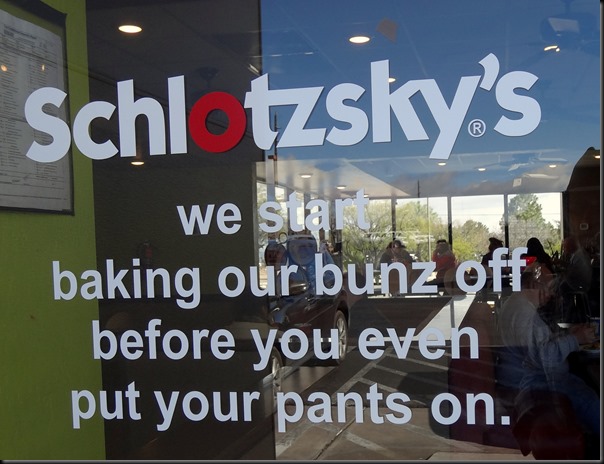 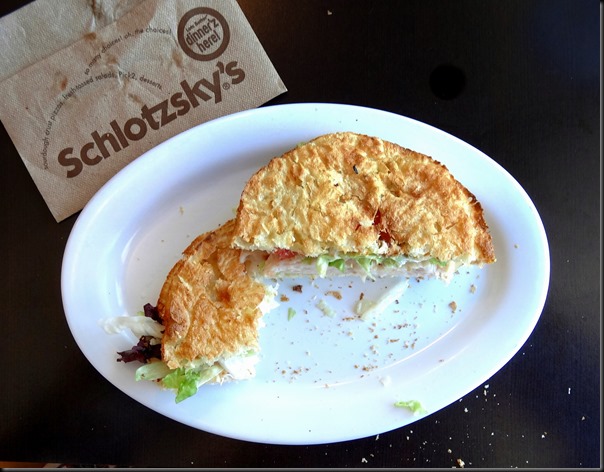 I WAS HALF WAY THROUGH MY SANDWICH BEFORE I REMEMBERED TO TAKE A PHOTO…. NOW I KNOW THIS IS MY SECOND FOODY PHOTO IN 4 DAYS BUT  I WANT TO ASSURE MY READERS I AM NOT TURNING MY BLOG INTO A FOODY BLOG…..WHEW, CLOSE CALL THERE.…IT WAS A GOOD SANDWICH

Afternoon was spent in the rig because the wind had picked up dropping the already cool temperatures even lower.  We’re sorta like Bees.  When the temperatures drop too much we become sluggish and lethargic staying close to the hive.  Just as we are not cold weather people we are not hot weather people either. 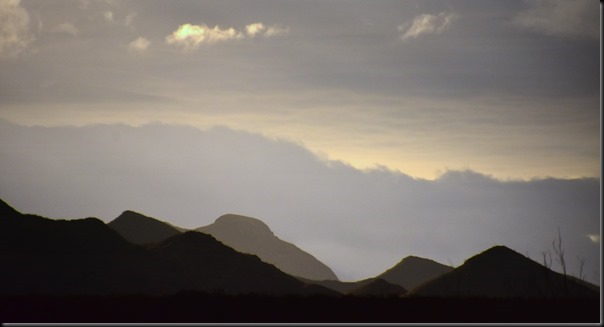 GROANER’S CORNER:((  The Economy Is So Bad::
- The economy is so bad that I got a pre-declined credit card in the mail.
- I ordered a burger at McDonald's, and the kid behind the counter asked, "Can you afford fries with that?"
- CEO's are now playing miniature golf.
- McDonald's is selling the 1/4 'ouncer'.
- Parents in Beverly Hills and Malibu are firing their nannies and learning their children's names.
- A truckload of Americans were caught sneaking into Mexico .
- Motel Six won't leave the light on anymore.
- The Mafia is laying off judges.
- BP Oil laid off 25 Congressmen.
- Congress says they are still looking into the Bernard Madoff scandal. Oh Great!! The guy who made $50 Billion disappear is being investigated by the people who made $1.5 Trillion disappear!
- I was so depressed last night thinking about the economy, wars, jobs, my savings, Social Security, retirement funds, and our bleak future, that I called the Suicide Lifeline and was connected to a call center in Pakistan. When I told them I was suicidal, they got all excited, and asked if I could drive a truck..
---------------------------------------------
- “A drummer who became a policeman ended up pounding a beat.”

- “The other day I held the door open for a clown. I thought it was a nice jester.” 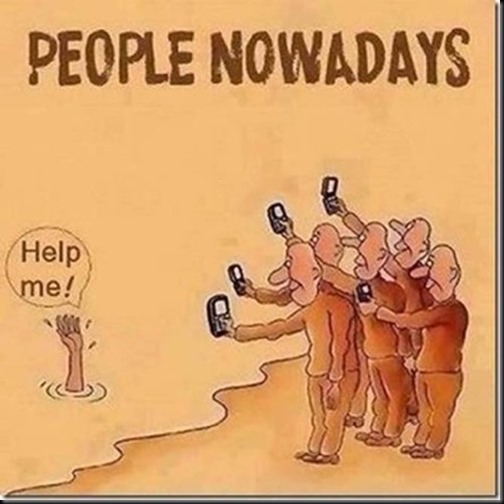