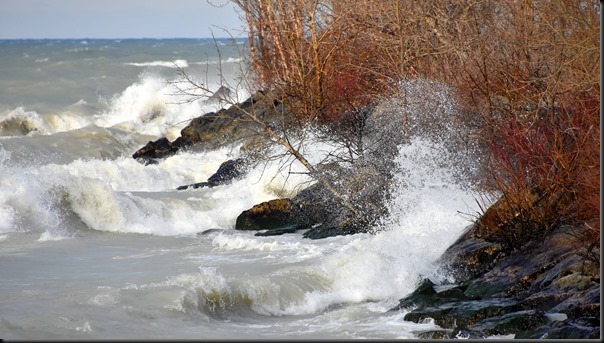 STRONG WINDS HAVE ONCE AGAIN WHIPPED UP LAKE HURON WATERS

Kelly rolled out of the driveway at 6 a.m. heading for her medical consultation appointment in London at 7:45.  Said she would phone as soon as the consultation was over and let me know what date the ultra sound endoscopy biopsy would be set for.  I waited anxiously by the phone for her call and about 8:30 the phone rang.  It was Kelly and I could tell right off by her voice that she had good news.  Her procedure is slated for the end of March and that meant we had enough time to head south once again.  On the phone we quickly came up with a departure date of Saturday December 23rd. 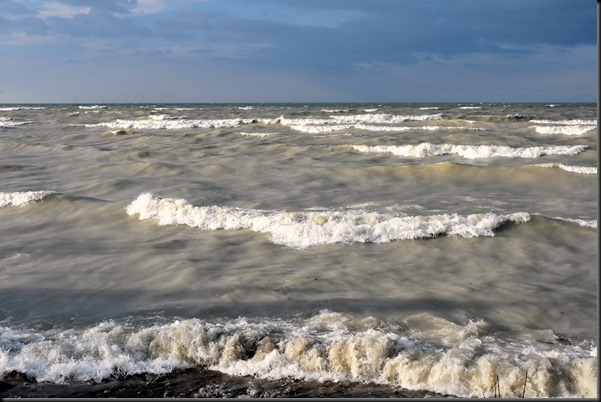 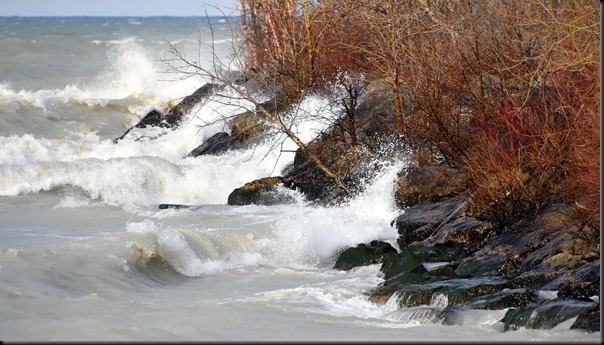 Pheebs and I headed out for a Jeep ride and it probably was half an hour later that it finally sank in that we were actually going to be heading for the South-west again this winter.  My mind in an effort to protect itself from disappointment had been working steadily at the probability that we would not be going anywhere this winter so I guess I had been kind of unknowingly adjusting myself to that possibility.  Wow, what a rush it was when this morning’s reality set in. 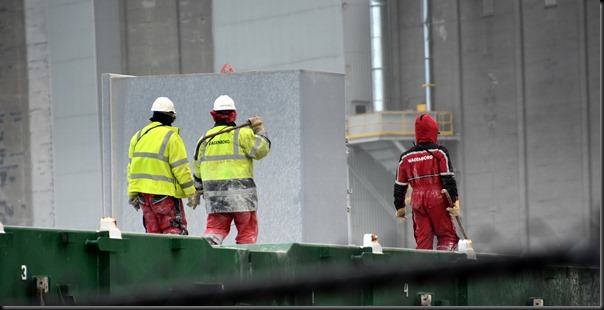 THE ON-DECK CREW WERE BUSY WITH THE SHIP’S LOADING 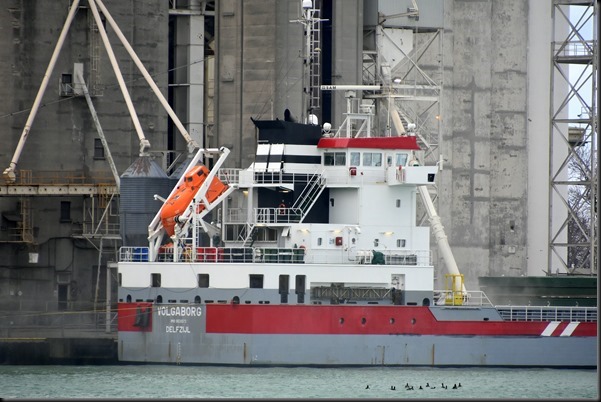 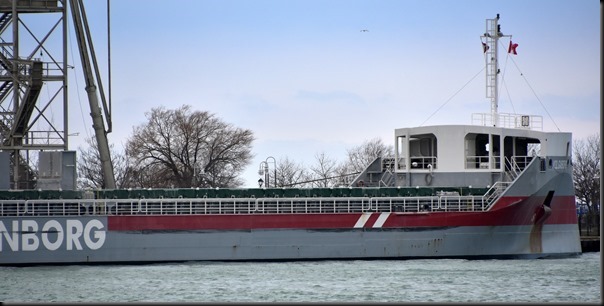 YEP, THAT IS ONE STRANGE LOOKING BOW ALRIGHT AND IT’S THE FIRST TIME I HAVE EVER SEEN THIS SHIP 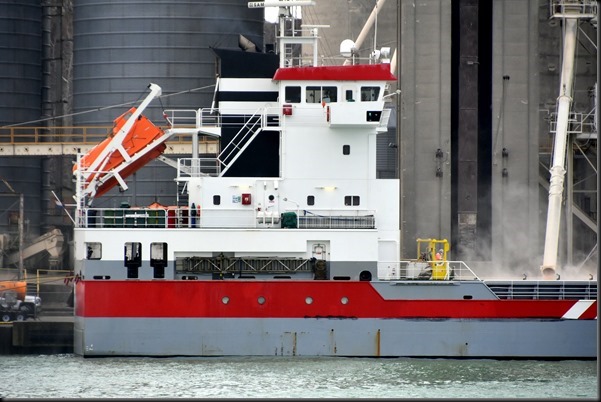 THAT’S THE LOADER TUBE TO THE RIGHT 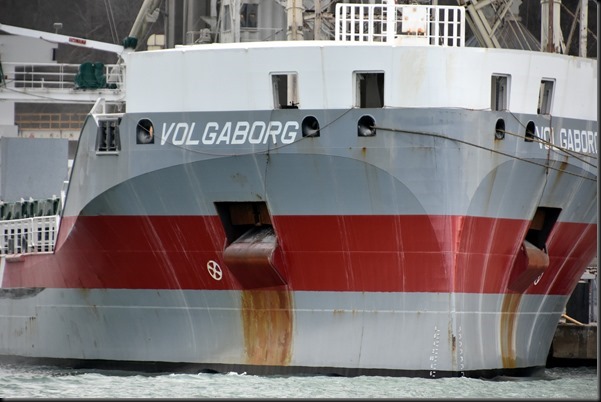 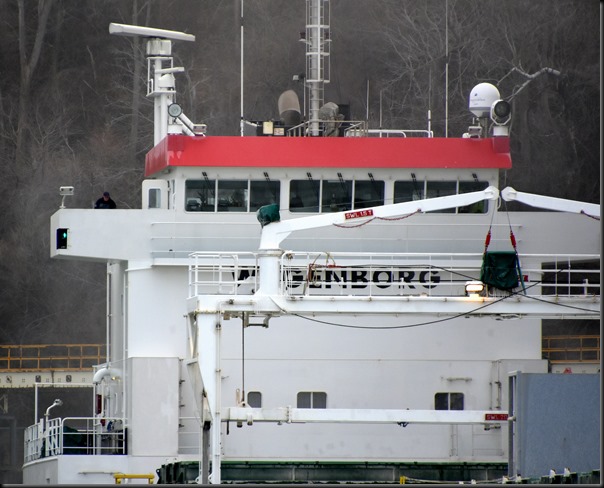 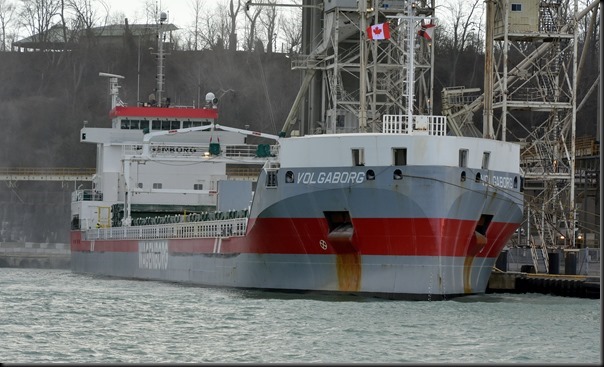 Earlier in the morning I had had it in my head to maybe take a cruise up through Amish/Mennonite country but with travel plans in my head my only thoughts were to head back home after our coffee and muffin and begin packing up the Motorhome.   Main reason for that is the fact this is predicted to be the last nice day of the year and with temperatures going into the freezer by morning I figured I might as well get some things organized and into the rig while temps were above freezing (45F) and there was no snow on the ground.  Plus, it was a partially sunny day:)) 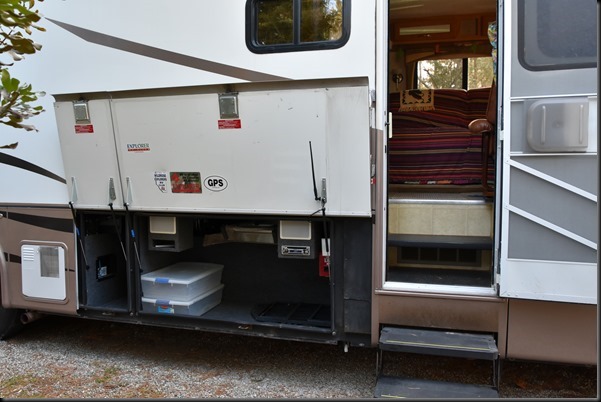 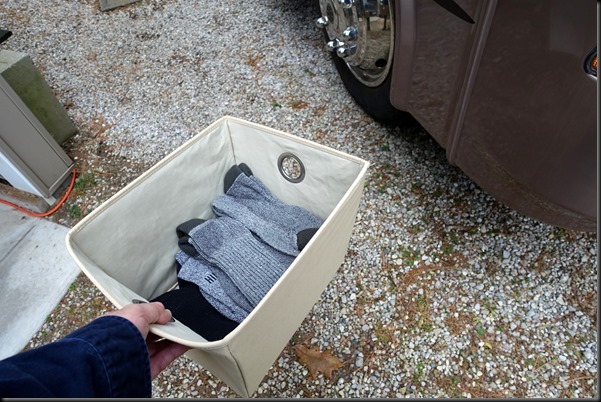 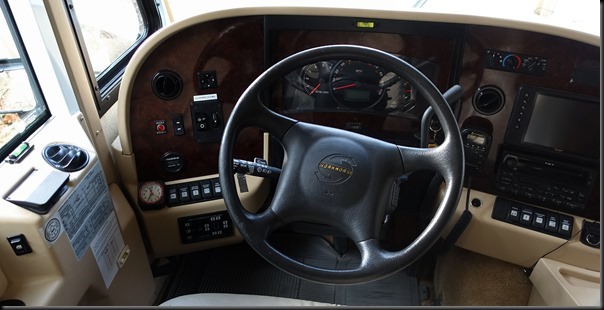 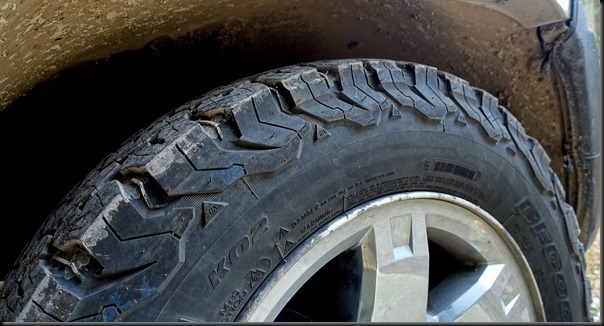 LOOKING FORWARD TO ONCE AGAIN GETTING OUR JEEP’S HEAVY DUTY SIDE-WALL TIRES INTO THE DESERT SAND, ROCKS, AND GRAVELY GULLEY WASHES OF THE GREAT AMERICAN SOUTHWEST 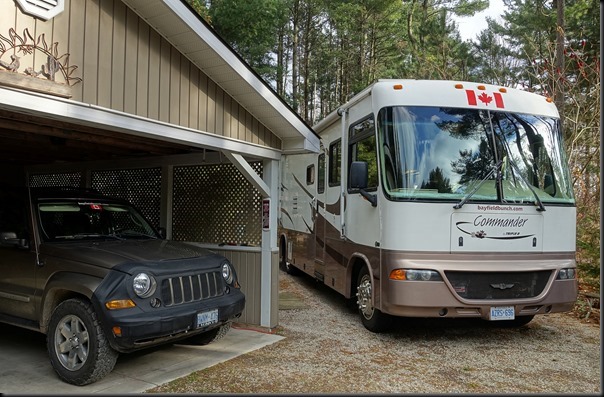 Four years ago today we were over at Jackie and John’s (Sarge) place in Congress Arizona where I was digging up some baby Agave plants and 6 years ago Kelly and I set out to explore around Locomotive Rock near Darby Well Road west of Ajo Arizona. 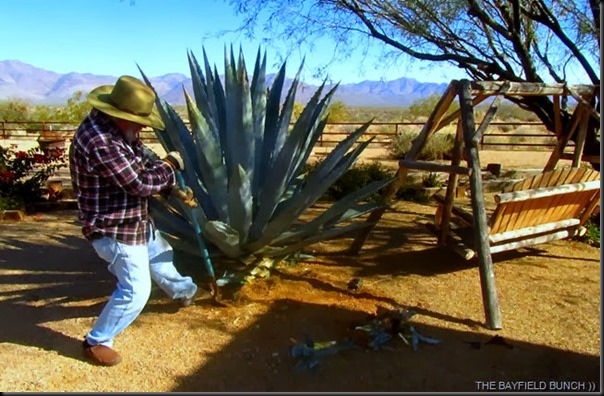 NO I’M NOT DIGGING OUT THE BIG ONE, JUST THE LITTLE ONES AROUND THE BASE 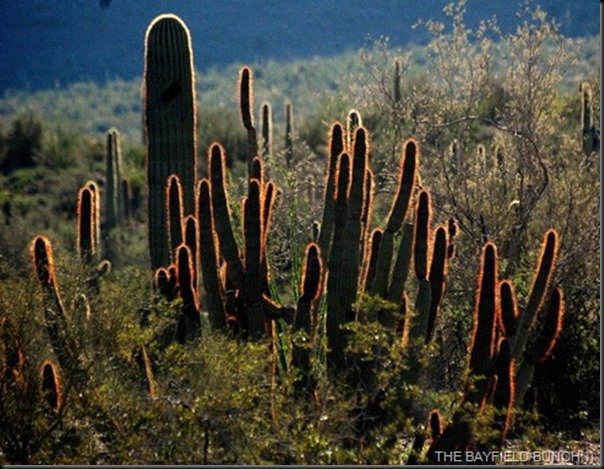 Our decision to resume our winter travel plans to the southwest is not exactly a slam dunk decision.  We have both become quite cozily comfortable with where we are.  I think part of it is the fact we have not experienced this nice cozy warm Christmasy feeling since the winter of 05/06.  I have slipped into my old long lost Christmas spirit and have been enjoying numerous childhood memories of many a Christmas past.  I have to admit it’s very nice here at night with all our Christmas lights twinkling away, house warm as toast, and a flickering fire going while sitting at my keyboard plunking away at my blog surrounded by all my favorite music.  I think we have it pretty nice but figure we had better cash in on our RV travels while we still can and still have the option to head south for the winter.  We both understand the reality of nearing the end of our traveling years and not the beginning of our traveling years.  So once again while we still can we will head out and see once more what adventures we can drum up along the way………. 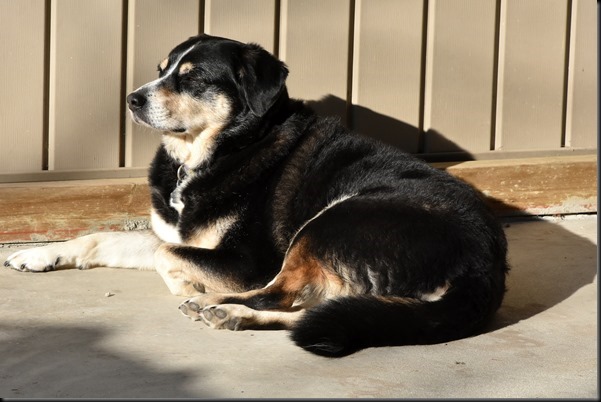 PHEEBS SOAKS UP SOME WARM SUN THIS AFTERNOON IN OUR CARPORT

GROANER’S CORNER:(( To All Employees
From Management Subject Office conduct during the Christmas season…………….. Effective immediately, employees should keep in mind the following guidelines in compliance with FROLIC (the Federal Revelry Office and Leisure Industry Council).

Running aluminum foil through the paper shredder to make tinsel is discouraged.

Work requests are not to be filed under "Bah humbug."

Company cars are not to be used to go over the river and through the woods to Grandma's house.

All fruitcake is to be eaten BEFORE July 25.

Egg nog will NOT be dispensed in vending machines.

- Two snowmen in a field, one turned to the other and said "I don't know about you but I can smell carrots."!

- Did you know that Santa's not allowed to go down chimneys this year? It was declared unsafe by the Elf and Safety Commission.

Knock knock!
Who's there?
Holly
Holly who?
Holly-days are nearly here again!