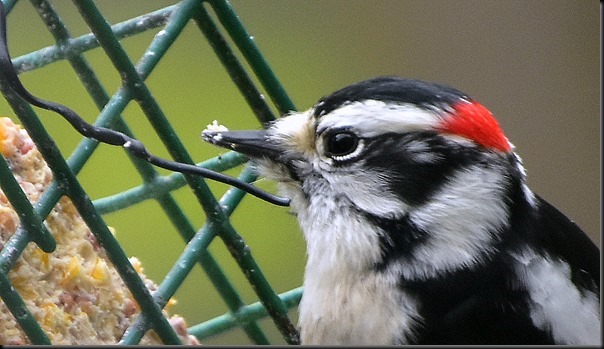 With a light skiff of snow on the ground and a few errant flakes in the air it was my turn to drive as Richard and I headed off out into the countryside to see what we could see.  Coffees to go from Clinton’s Tim Horton coffee shop and we soon had the Jeeps tires on gravel.  Our wanderings took us up through and around the Blyth area this morning with some places being a little snowier than others.  Managed a few photos along the way including another barn quilt. 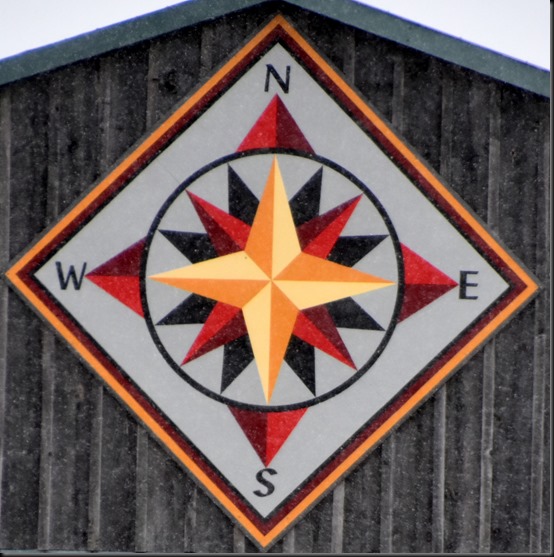 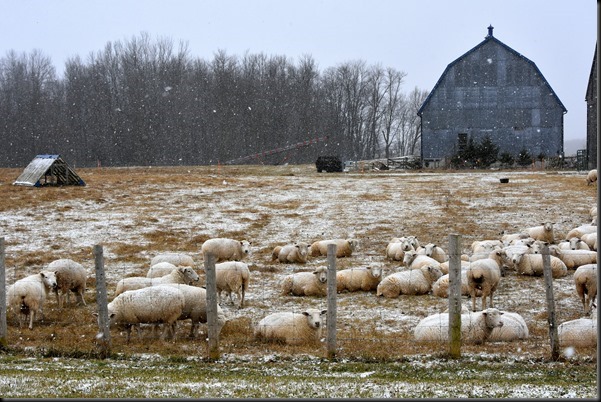 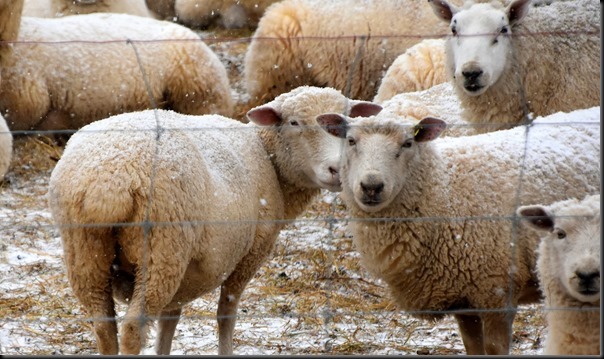 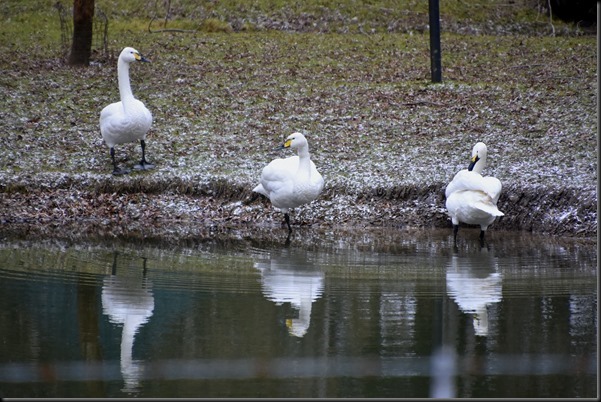 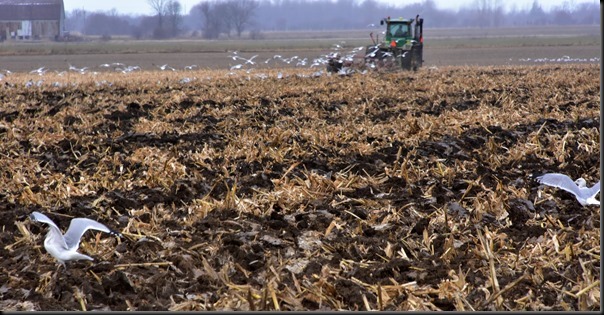 With a touch of snow on the ground Pheebs and I hit the Pine Tree trail for an afternoon walk.  Nothing frozen yet so it was nice hearing my feet scuffling through Autumns spent leaves.  With most of our Spring and Summer birds having flown the coop nature’s forest was quiet.  A few Squirrels rustling about gathering up some last minute snacks before they bed down for their long winter’s hibernation. 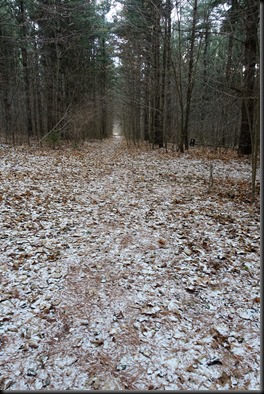 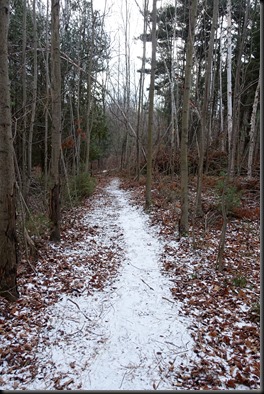 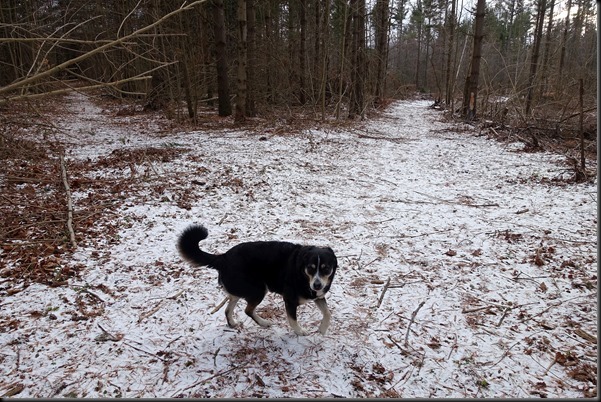 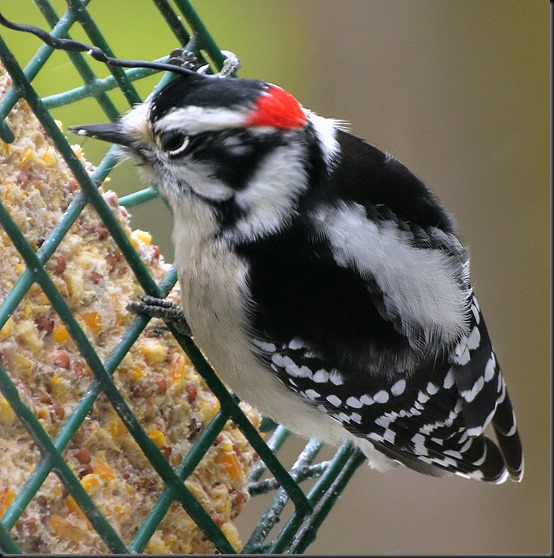 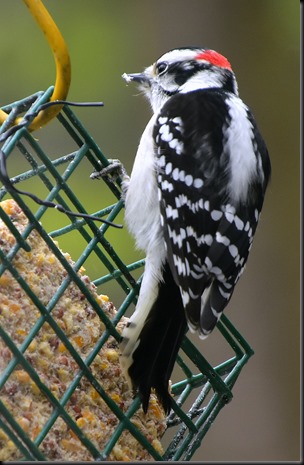 Here’s a paragraph from my post on this day back in 2009 when we were ranch sitting 32 miles southwest of Tombstone Arizona.  “Had to take some blankets out for the chickens because the wind had nearly clean blew all their feathers off.  The donkeys were hangin on to the fence posts & the two ranch dogs were in the house watching television.  Charlie the cat was reported eastbound at an altitude of about 300 feet somewhere over El Paso Texas”.  Below is one of the photos I took that day. 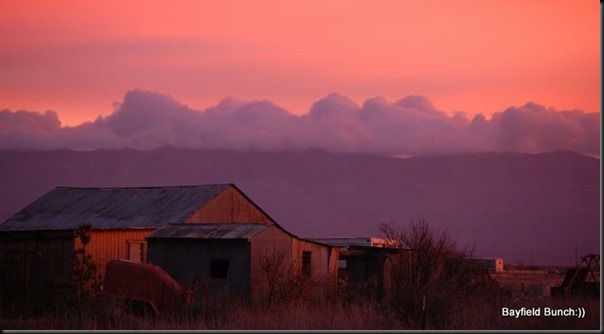 Sitting here in our warm cozy sunroom tonight with a light snowfall outside our window softly alighting on our colored Christmas lights I couldn’t help but project ahead and wonder where we will be a month from tonight.  Wherever it is I don’t think it will be as comfy cozy as it is here where I sit amidst twinkling lights, a gentle snowfall, and a warm fire. 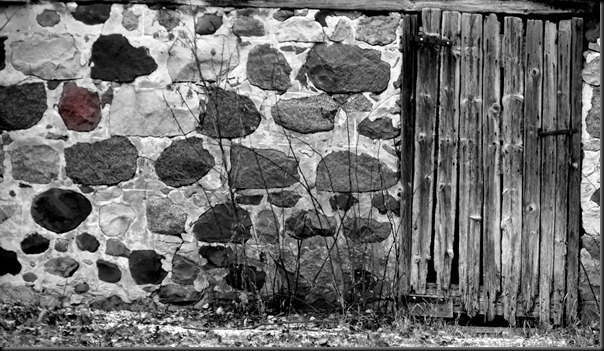 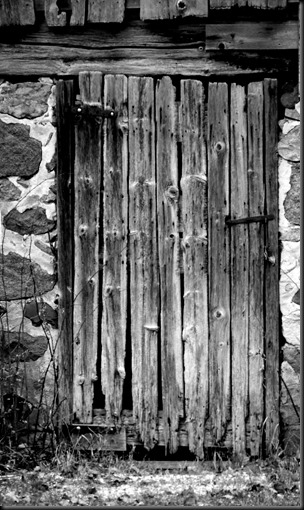 GROANER’S CORNER:((  There are currently 78 people named S. Claus living in the U.S. And one Kriss Kringle.
- December is the most popular month for nose jobs.
- Weight of Santa's sleigh loaded with one Beanie Baby for every kid on earth: 333,333 tons.  Number of reindeer required to pull a 333,333-ton sleigh: 214,206 -- plus Rudolph.
- Average wage of a mall Santa: $11 an hour.   With real beard: $20.
- To deliver his gifts in one night, Santa would have to make 822.6 visits per second, sleighing at 3,000 times
the speed of sound.  At that speed, Santa and his reindeer would burst into flames
instantaneously.

- What do Santa's little helpers learn at school?
The elf-abet!

- What do you call a frozen elf hanging from the ceiling?  An elfcicle!

- Which of Santa’s reindeers have to mind their manners most?  Rude-olph!

- What do you call Rudolph with lots of snow in his ears?  Anything you want, he can't hear you!

- What did Santa ask Rudolph about the weather?
Is it going to rain dear?!

- Why did the turkey join the band?
Because it had the drumsticks!

- What do you get when you cross a snowman with a vampire?  Frostbite!

I never believed in Santa Claus because I knew no white dude would come into my neighborhood after dark.

- There is a special place in hell for people that play Christmas music before Thanksgiving.