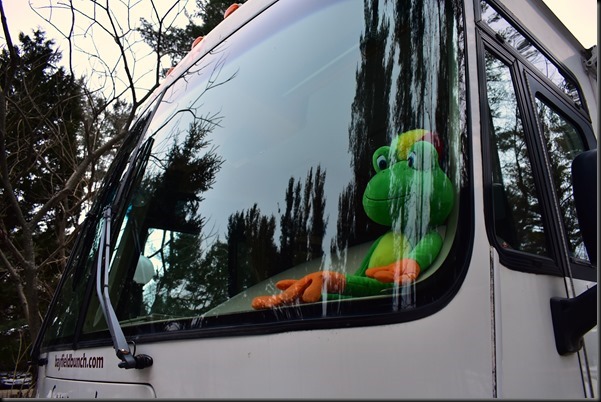 WE’RE AT THE STARTING GATE:))

We were up and on the road to London by 8 this morning.  Highways were bare and dry and we even had us a smattering of sunshine along the way.  Dropped Kelly off at University Hospital for her Cat Scan about 9:20 and headed on over to Henry’s Camera Store and waited for them to open.  Luckily my Sony camera problem was not the camera at all but the battery charger.  Walked out of Henry’s with a new battery charger for my Sony Exmore.  Pheebs and I buzzed around Masonville Mall until my Smart Phone rang.  Kelly was ready to be picked up so over to the hospital we went and scooped her, grabbed a coffee to go at McDonalds and pointed the Jeep’s nose for home. 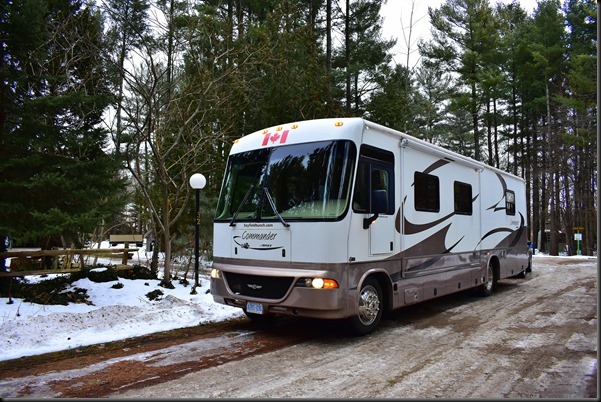 HOOKED UP AND READY TO RUMBLE IN THE MORNING:))

Needless to say it was a busy afternoon for both of us as we scurried about with all the last minute things needing done.  Doesn’t seem to matter how organized one is there is always that last day spasm of mild panic.  Moved the Motorhome out about mid afternoon and hooked the Jeep up.  It had been about 9 months since I had last hooked it up so I had to go slow and pay very close attention to what I was doing.  After checking things over about 32 dozen times I fired up the Motorhome and took the Jeep for a spin around a couple country blocks.  Jeep never fell off so guess all those double checks of mine paid off. 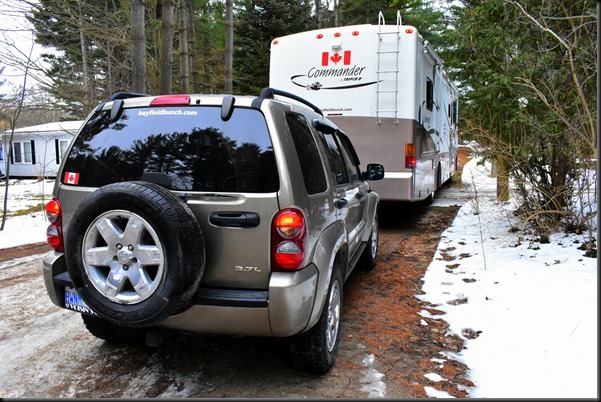 Weather at this end is definitely not looking good for us in the morning but we’re not about to throw the towel in at this point.   The stormy cold front coming in is only going to intensify here in these parts and we’re not going to sit around waiting for a picture perfect weather day.   Below is the weather statement for our area and as I type this tonight snow is already falling. 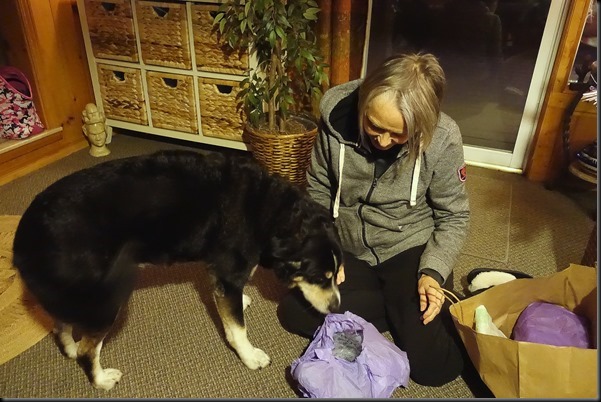 HERE’S PHEEBS OPENING ONE OF HER CHRISTMAS PRESENTS TONIGHT 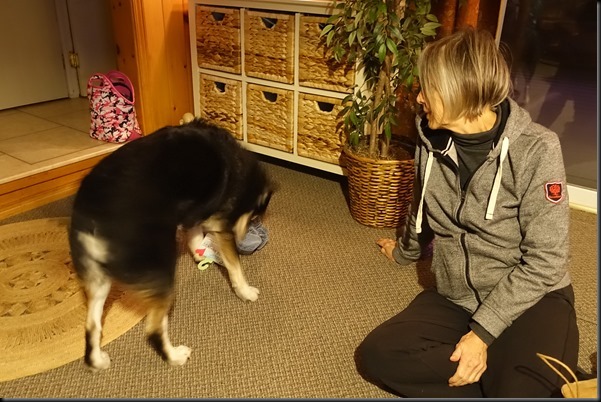 SPECIAL WEATHER STATEMENT:  Issued at 08:54 Thursday 21 December 2017.  5 to 10 cm of snow tonight into Friday.  Snow is forecast to begin falling late this afternoon with general snowfall amounts of 5 to 10 cm by the time the snow begins to taper off Friday morning into afternoon. The snow will also become mixed with freezing drizzle Friday morning and afternoon.  Motorists should be prepared for reductions to visibility and poor winter travelling conditions this evening into Friday. The Friday morning commute could be particularly slow and messy. 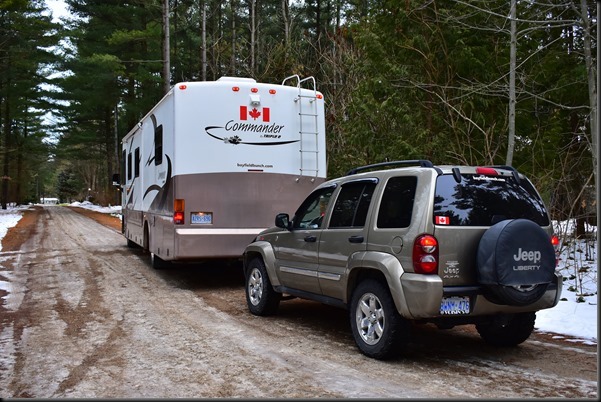 It was sad today when we read one of our fellow RV Bloggers has passed away.  We all knew her by the name of Sassy and she rode a Harley Davidson.  In fact she drove a big class A Motorhome Toy Hauler as well and in the back of that Hauler is where she kept her Harley.  We first met Sassy one day on a highway north of Yuma Arizona back in early February of 2014 and it was a fast 65 mph meeting too.  Probably one of the greatest chance encounters I’ve ever experienced.  You can read about what happened that day in my post entitled, A 65 MPH Encounter.  The story begins about two thirds of the way through my post.  We met Sassy and her dog Bennie a couple times after that.  She was quite a Gal and anyone who ever met Sassy will always remember her and if you hear some thunder overhead from time to time, not to worry cause it’s just Sassy and her Royal Blue Harley Davidson kicking up some of that there good old cloud dust high overhead………………. 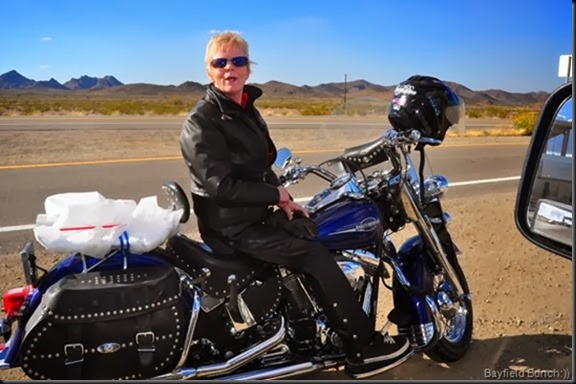 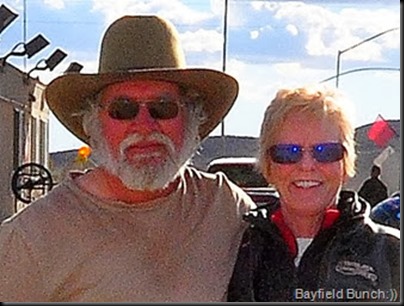 Soon as we cross the border at Sarnia-Port Huron our Verizon internet service kicks in and quite often there are start-up bugs so in case you don’t see a post from us Friday night it’s probably due to some of the usual Verizon glitches in getting on line.  Or we could be stuck in a snow bank south of Grand Bend somewhere or maybe even north of Indianapolis tucked in behind a Cracker Barrel till early Spring. 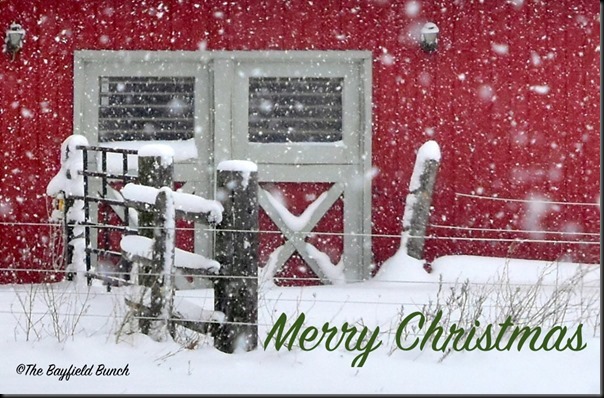 GROANER’S CORNER:((  The Smith family was very proud that their ancestors had come over on the Mayflower, so they hired best-selling author Frank McCourt to look up and write a book about their family history.  Horror of horrors! They discovered that great uncle Fess had died in the electric chair for committing a murder. They were devastated. They didn't want that in the book, but they didn't want to leave him out either. McCourt said, "Leave it to me."  When the book came out, the section about Uncle Fess read like this:  "He was a man who occupied a great seat. He was attached to his position very firmly. His death came as a great shock." 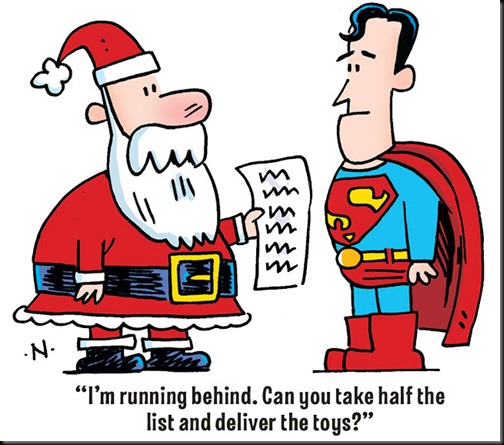