GOT ME SOME NEW THREADS TODAY 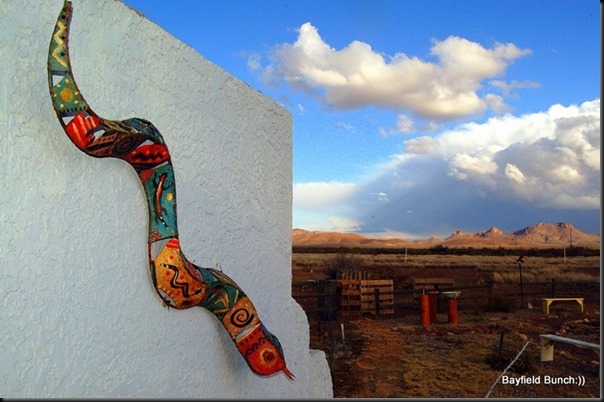 AND THIS IS WHERE WE SPENT DECEMBER 1RST 2009

I’m not a fancy dresser nor does dressing fancy hold any interest for me.  Anybody seeing me walking down the street would assume I had just crawled out of a Salvation Army dumpster and in fact they would be partially correct.  I’m one of those characters who has a habit of wearing the same-old same-old stuff week after week, year after year and in fact the threadbare shirt I put on this morning dated back to the last decade.  Only thing holding the threads in my shirt together were the amounts of food I had spilled on it over the past 15 years. 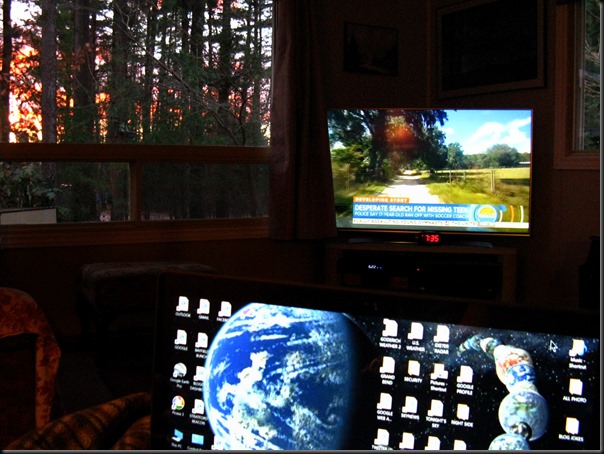 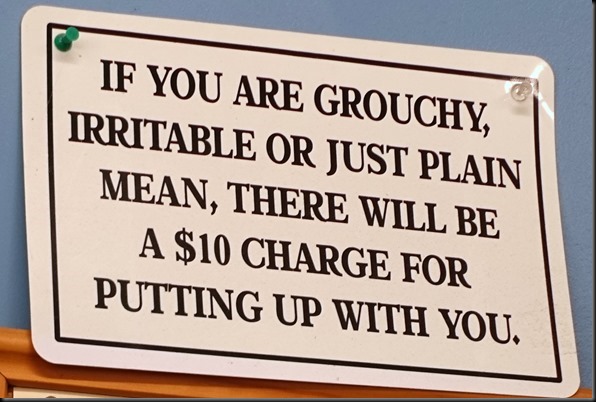 SAW THIS SIGN IN THE SALVATION ARMY AND BY GOLLY I HAD 2 OUT OF 3….KELLY SAID, ‘JUST PLAIN MEAN’ DIDN’T APPLY TO ME 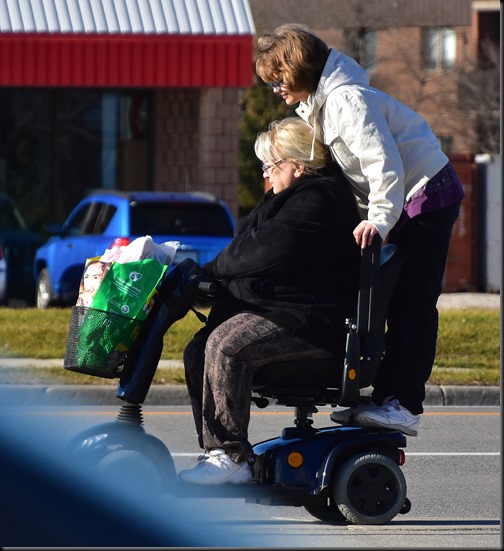 SAW THIS LADY HITCHING A RIDE IN GODERICH THIS MORNING

Kelly had noticed Mark's Work Warehouse had a big sale going on just in case we couldn’t find what I needed at the Salvation Army store.  And I was definitely needing some new winter duds if we are to end up having to stay here for the duration of winter.  Now, like a lot of men I do not like going shopping and especially do not like shopping for clothes.  A trip to the dentist would be more preferable but Kelly caught me at a weak moment and I agreed to go do the ‘shopping’ deed.   As soon as she dangled a an A&W breakfast coupon in front of my nose we were on our way to Goderich.  Pheebs too. 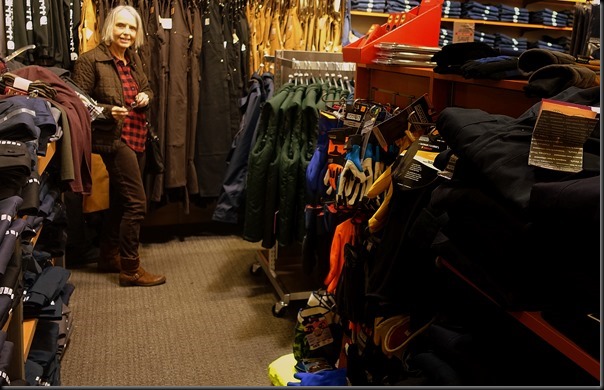 Pickings were slim at the Goodwill, Thrift, and Salvation Army stores we went to but I did score a couple good shirts and some used underwear.  Okay, Okay, so I didn’t get the underwear but I did get me a really good pair of walking shoes which I tried out on the pine tree trail later and found them to be perfect.  It was actually Mark’s Work Warehouse where we were able to take advantage of the great sale prices to outfit me with some warm new winter threads including snow boots.  Haven’t had to wear snow boots since the winter of 05/06 so figured I’d better get me a pair just in case I end up having to shovel a few tons of snow out of the driveway this winter. 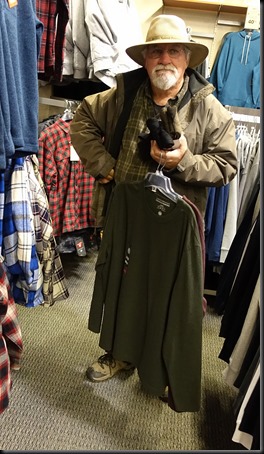 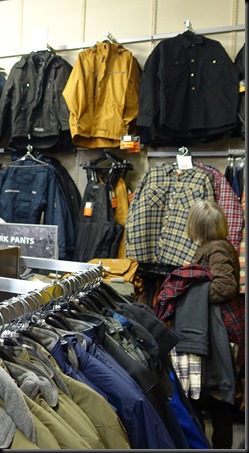 Guess I’m pretty lucky to have someone like Kelly jerk my chain and say ‘hey mister it’s about time you throw those old shirts, pants, coats, and shoes in the rag bag and get yourself some new stuff!!  Well, some new stuff I did get and we’ll be back to Marks Work Warehouse in the morning.  A couple things to return and I forgot to look for a winter hat today.  By the way here was my last shopping spree which happened on January 1rst 2011 in Douglas, Arizona.  And Before I Knew What Happened.....I Was In A JC Penny Store. 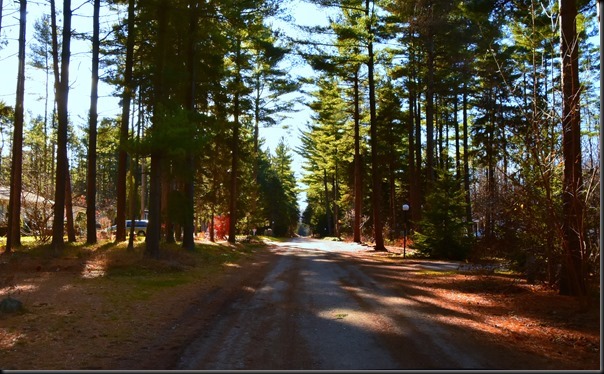 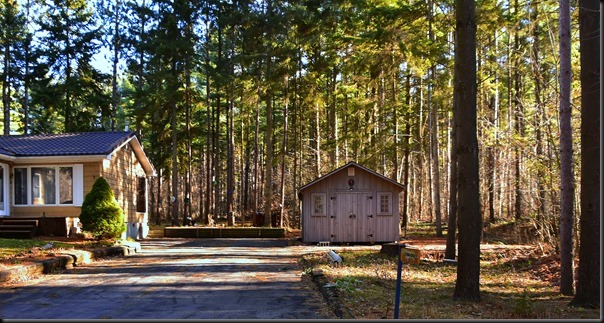 GROANER’S CORNER:(( Men, you just can't win, and here are the reasons why:

If you put a woman on a pedestal and try to protect her from the rat race, you're a male chauvinist. If you stay home and do the housework, you're a pansy.If you work too hard, there is never any time for her.

If you get a promotion ahead of her, that is favoritism. If she gets a job ahead of you, it's equal opportunity.  If you mention how nice she looks, it's sexual harassment. If you keep quiet, it's male indifference.

If you ask her to do something she doesn't enjoy, that's domination. If she asks you, it's a favor.
If you like a woman to shave her legs and keep in shape, you're a sexist. If you don't, you're unromantic.