‘KINGS ON A LEDGE’ - I THINK THEY HAVE A GREAT SOUND Kept my fingers tightly crossed all night in the hopes of seeing sunlight first thing this morning but it was not to be and we spent yet another day under mostly cloudy skies.  A few afternoon sun splashes but that was all.  Temps had also dropped back into the mid 40’s for the day and that made for a cold wind.

COUNTRY ROADS WERE STILL SOUPY FROM THURSDAY’S ALL DAY RAIN 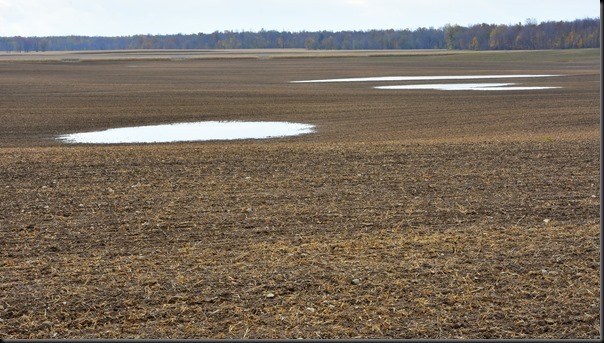 I’M THINKING THIS IS A RECENTLY HARVESTED BEAN FIELD 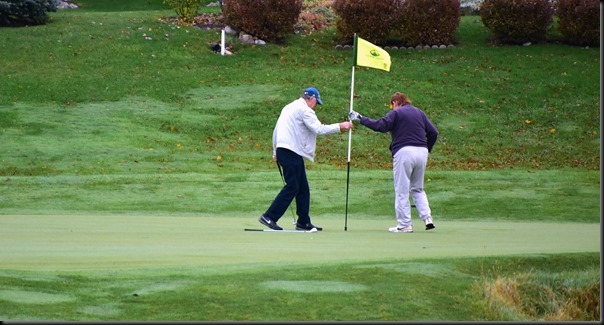 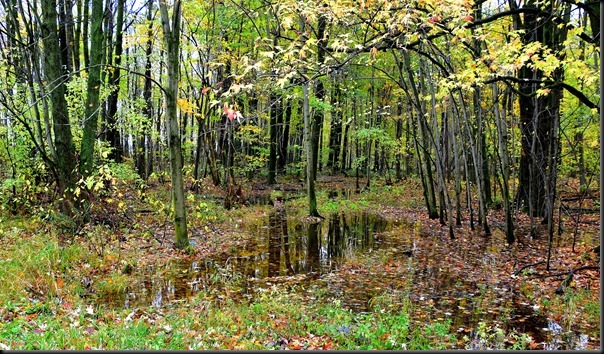 WE HAVE OUR OWN ‘BOOT HILL’ NORTH EAST OF EXETER

NOT TO WET FOR THESE HARDY HARVESTERS

Undaunted and despite the gloomy morning Pheebs and I headed out anyway and made the best of it.  Cranked up some tunes, fired up the heater and we were good to go.  Managed to scrape together a few photos along the way and that was about it.  Passed through the towns of Clinton, Exeter, and Varna as well as a little place called Egmondville. 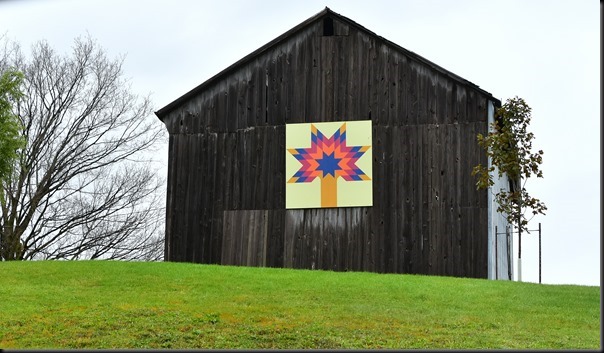 FOUND US A FEW MORE BARN QUILTS ALONG THE WAY 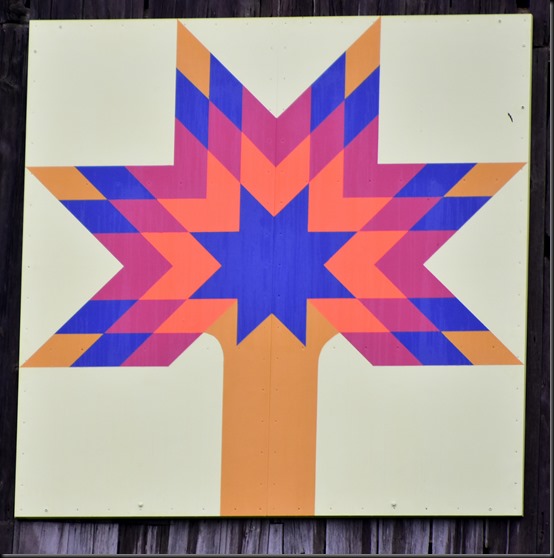 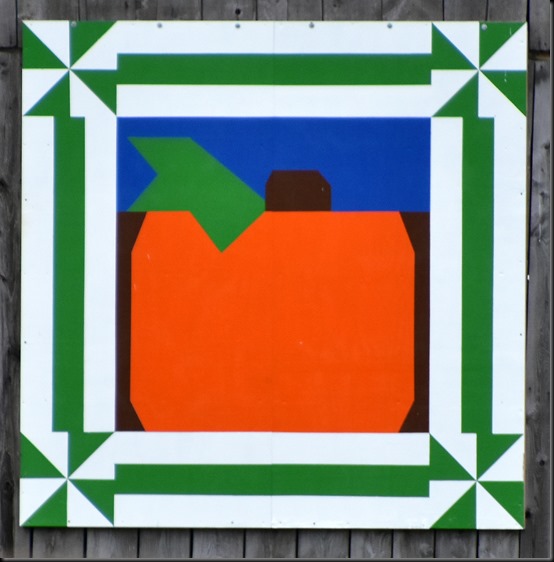 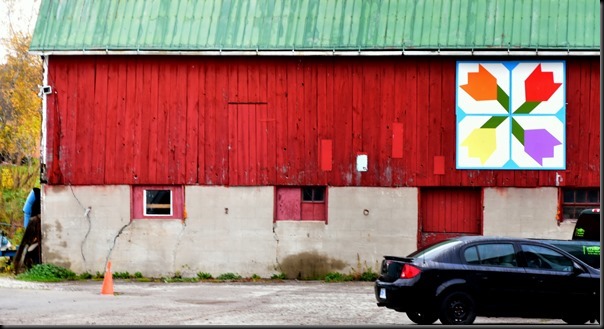 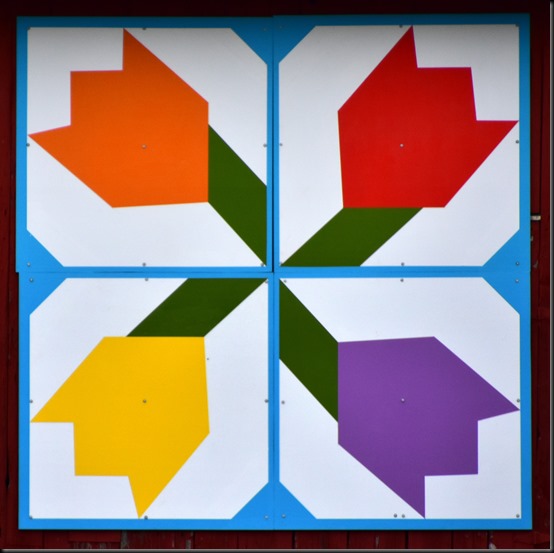 I have about 65 area barn block quilt photos now but still have not been able to figure out how to get them into a photo album and onto my blogsite.  Seems to be some kind of problem between Google Photos and Blogger.  Wondering if anyone out there knows how it can be done…….if it can be done. 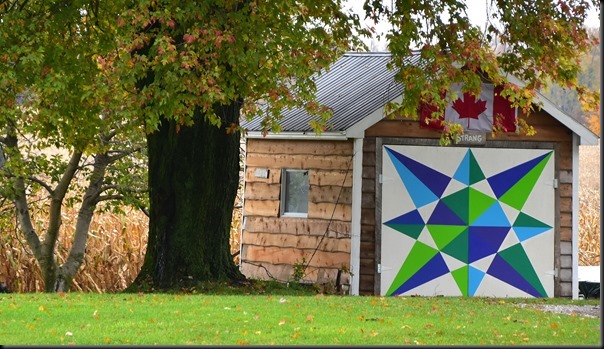 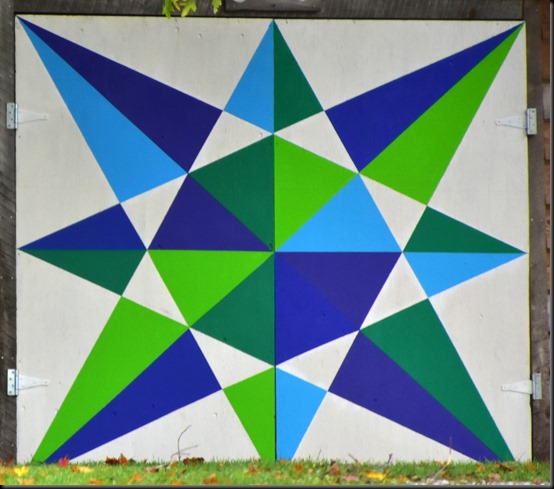 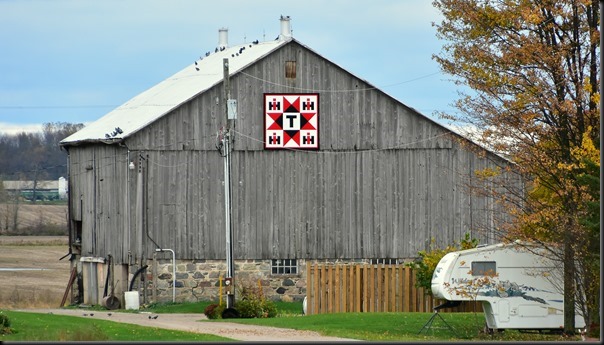 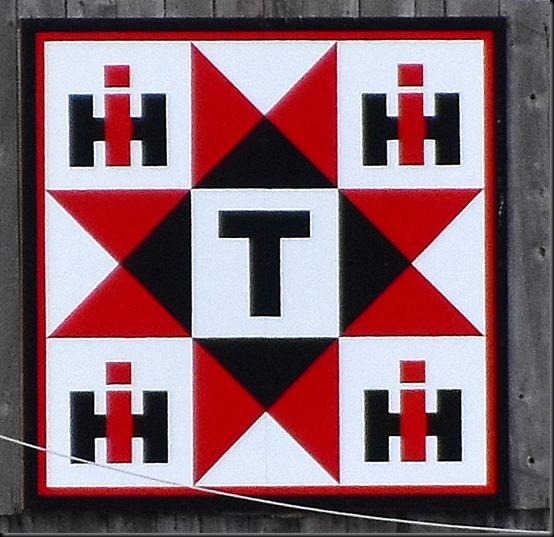 My son Sean and another musician by the name of Tony Lind (guitarist) have teamed up calling themselves ‘Kings On A Ledge’ and recently recorded two new songs.  I listened to them today and thought they were both excellent.  The two songs ‘Waking hours’ and ‘The Returned’ can be heard here, Kings On A Ledge.  Sean does the vocals, production and keyboards as well as writes the songs.   I think they have a great sound………………. 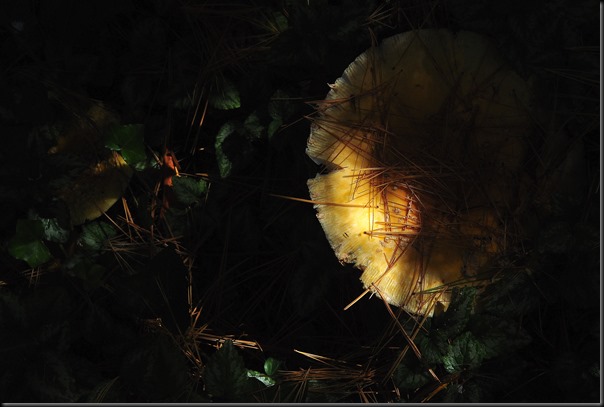