FRUSTRATION OVER MAKING TOO MANY AGE RELATED CARELESS MISTAKES 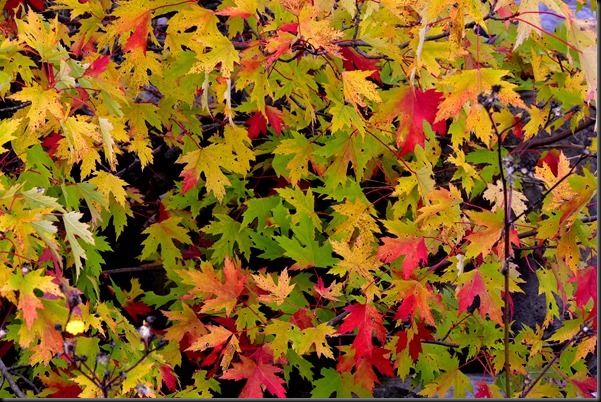 Had my fingers crossed approaching rains would not reach us over night and they didn’t so Pheebs and I had a pleasantly dry Jeep ride under cloudy skies this morning.  Clouds had enough texture to make them interesting so it wasn’t just a boring white featureless sky overhead. 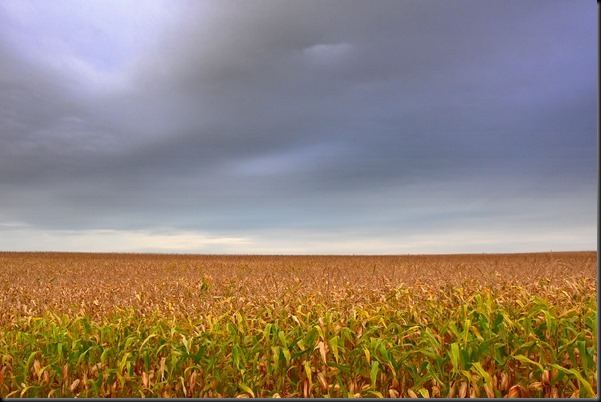 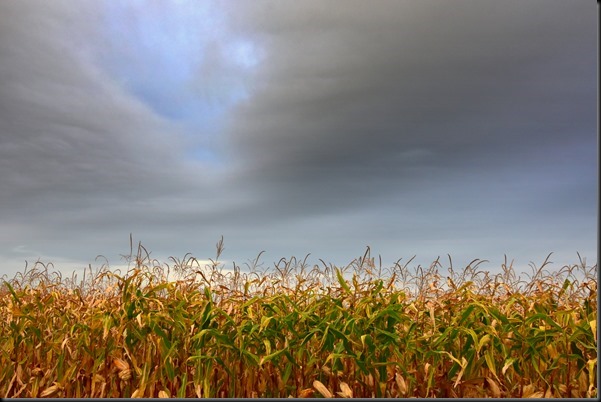 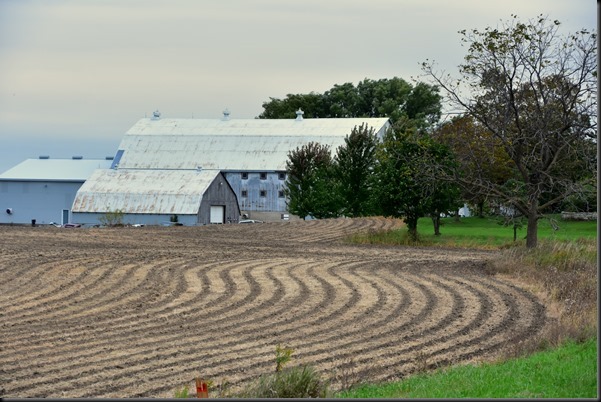 Wandering through Clinton I noticed a few more barn quilts along the way with a couple being on buildings and one on a house. 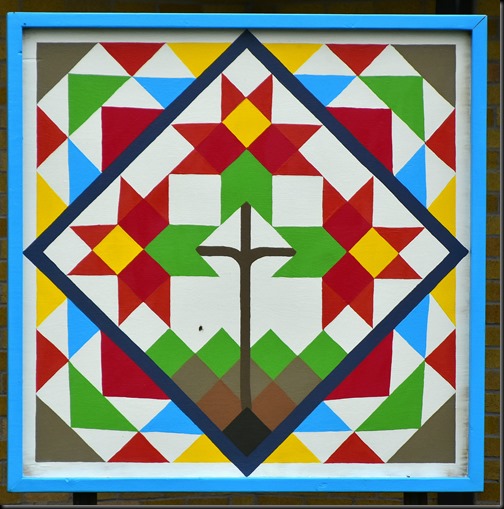 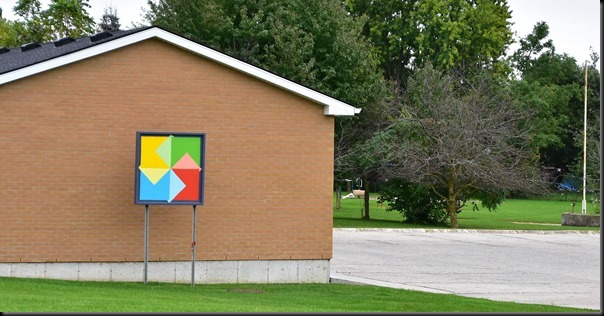 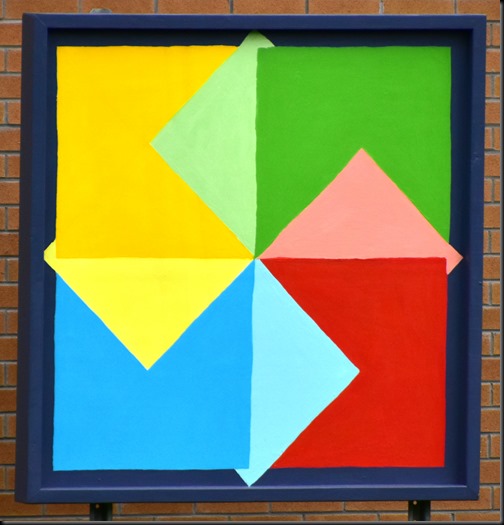 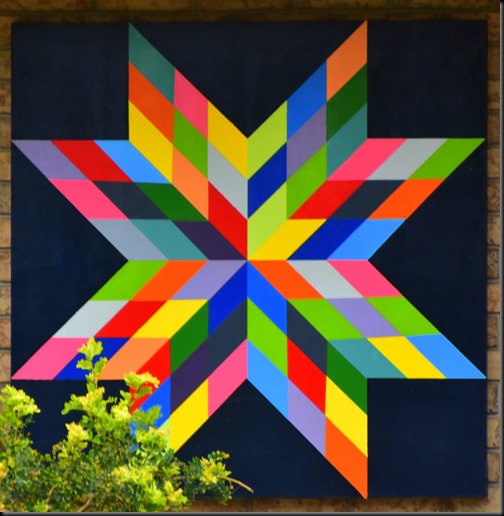 With the threat of rain all afternoon it ended up being an inside day.  When Pheebs and I did head out for a walk late afternoon it started to drizzle and that was that. 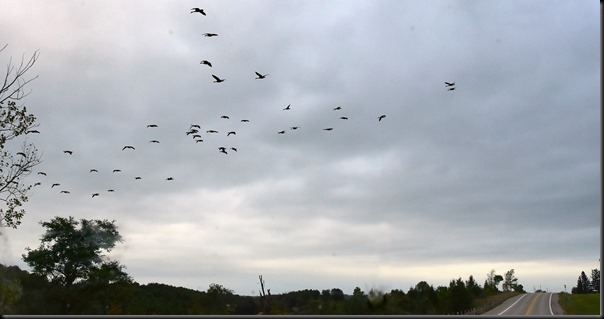 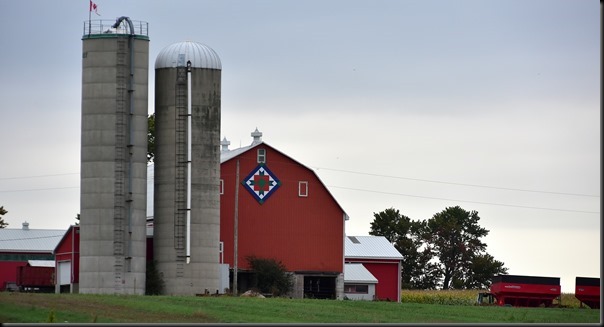 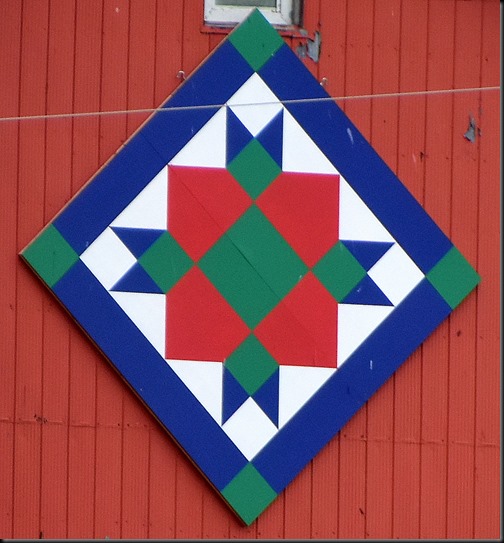 Normally by now our forests would be  burgeoning forth with Autumn colors but this year for the most part our trees still have their green summer coloring.  Pheebs and I stopped at an old gravel pit for a walk and I found a few scattered trees with a bit of color but that was about it. 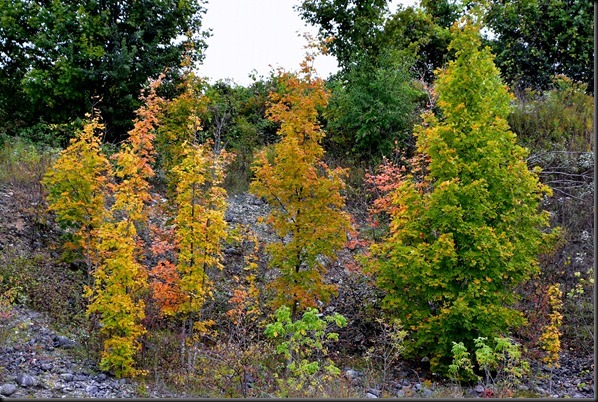 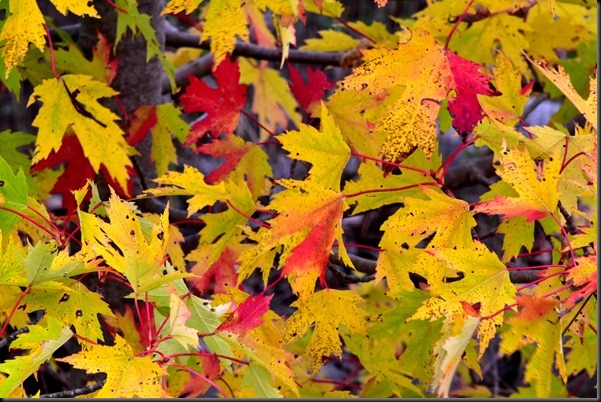 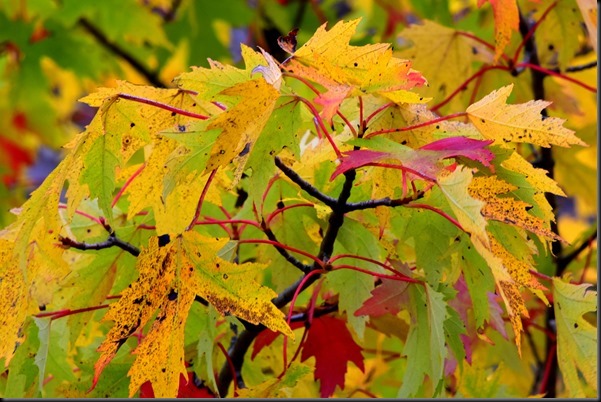 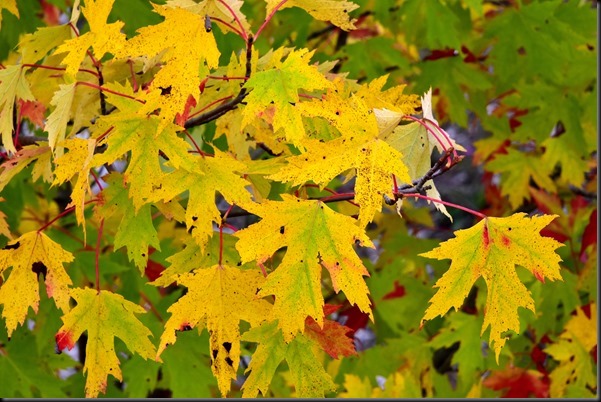 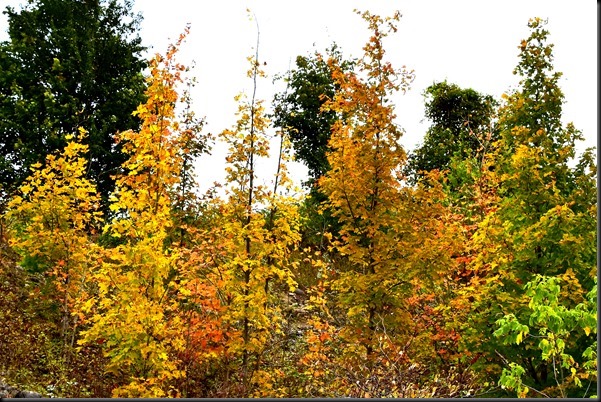 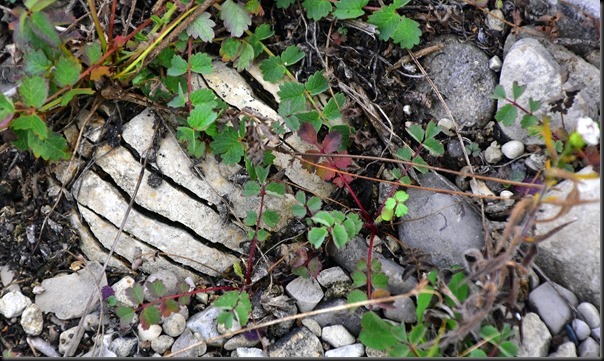 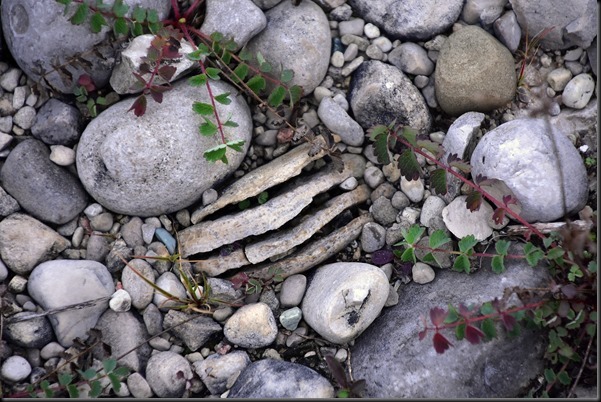 Sure is frustrating making so many mistakes all the time.  Tonight I accidentally deleted the photo album gadget I had in my right hand column and I sit here blank faced not remembering how I set that album gadget up in the first place.  Twice in the last two weeks while editing photos I accidentally hit the the ‘delete’ button instead of the ‘save’ button and had to go scrambling around in my recycle bin to dig them all back out and re-edit them again.  I seem to be getting too careless and when I make these mistakes my brain will not help me out to remember how to fix it.  It’s not that I ever was a bright technically minded person in the first place but at least my mind was a tad sharper about things not that long ago.  Just another one of those age related realities I guess…………. 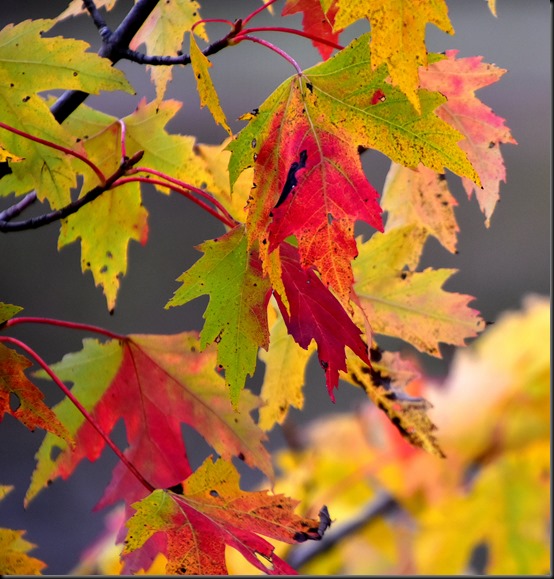 GROANER’S CORNER:(( A man was sitting in a bar and noticed a group of people using sign language. He also noticed that the bartender was using sign language to speak to them.  When the bartender returned to him, the man asked how he had learned to use sign language. The bartender explained that these were regular customers and had taught him to speak in sign. The man thought that was great.  A few minutes later the man noticed that the people in the group were waving their hands around very wildly. The bartender looked over and signed "Now cut that out! I warned you!" and threw the group out of the bar. The man asked why he had done that and the bartender said, "If I told them once I told them 100 times - NO SINGING IN THE BAR!"

Man is incomplete until he is married.
Then he is finished.

Knock, knock.
Who’s there?
Dozen.
Dozen who?
Dozen anybody want to let me in?