UP UP AND AWAY PLUS A BIG ‘YAHOOIE LOUIE’ FOR TODAY’S MARVELOUSLY COOLER WEATHER :)) 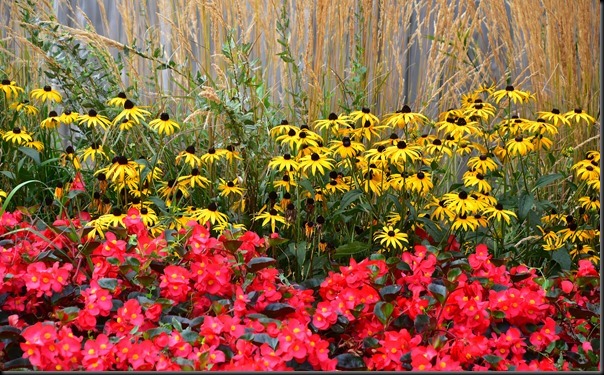 On behalf of the many thousands of people who suffered through our recent heat and miserable humidity spell I sincerely extend many heartfelt thanks to the great weather Gods for returning us to refreshingly cooler  and more civilized seasonal temperatures today.  How nice to be actively outside again and feeling comfortable about it.  Just took Pheebs for a walk and I didn’t come back with my shirt sticking to me.  And that deserves another big ‘Yahooie Louie’ for sure:)))))))))))))))))))))))))))))))))))))) 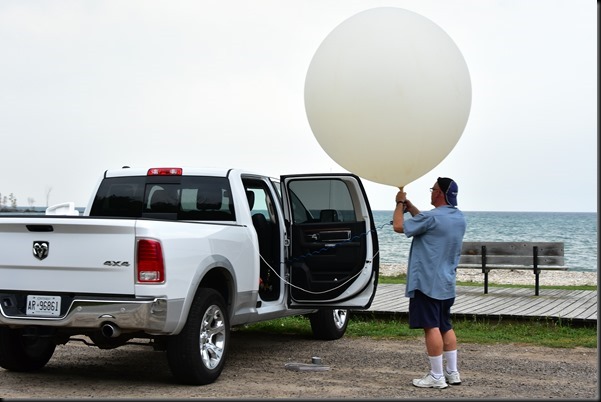 DRIVING ALONG GODERICH’S LAKESHORE THIS MORNING I SPOTTED THIS FELLOW AND THROUGHT, ‘WHAT THE HECK’!! 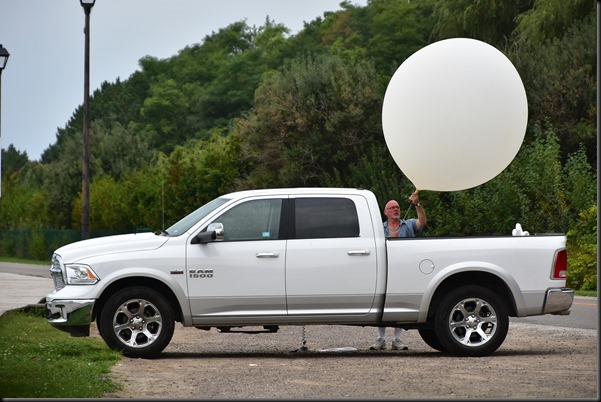 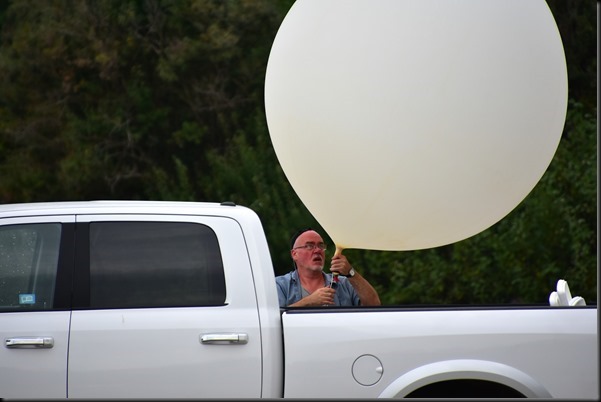 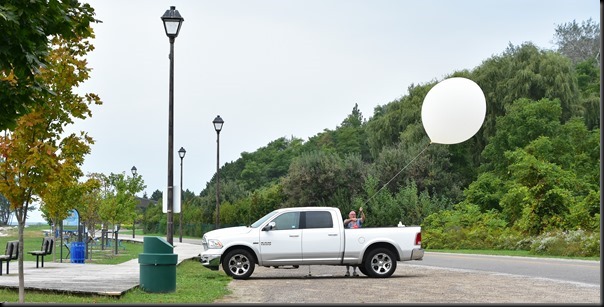 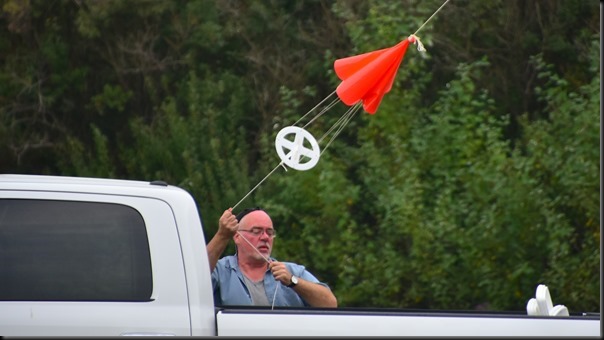 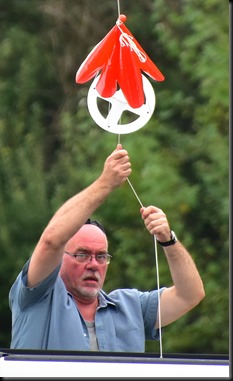 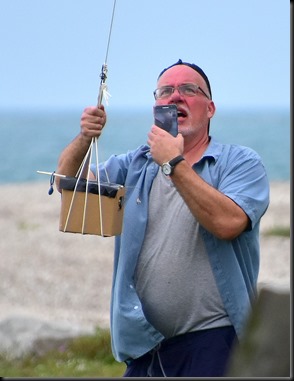 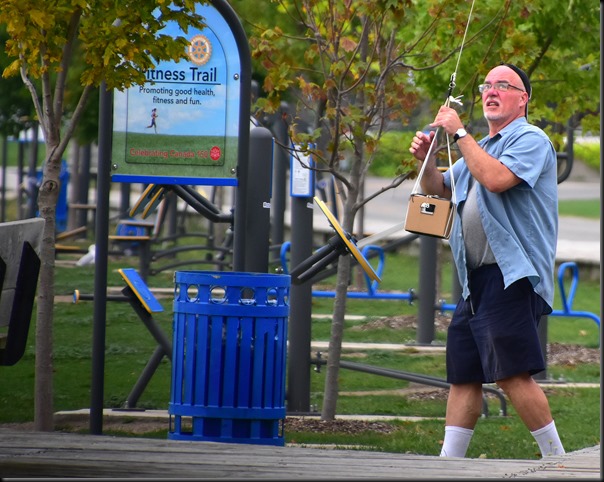 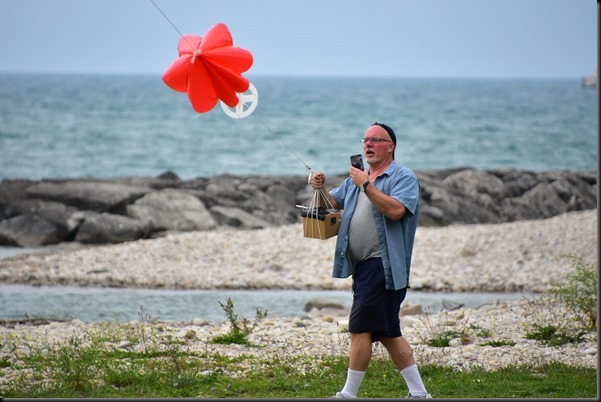 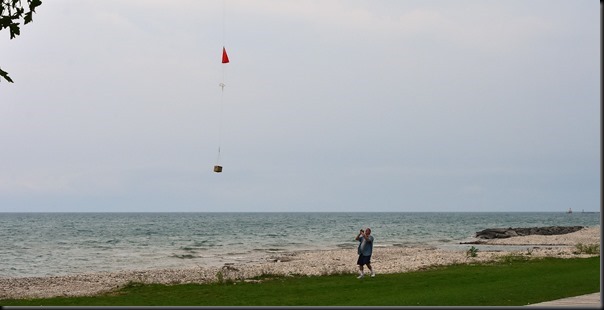 HE RELEASES THE BALLOON 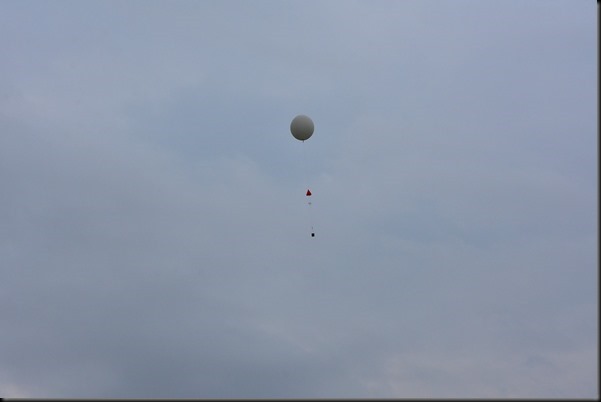 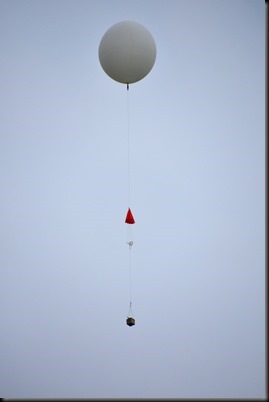 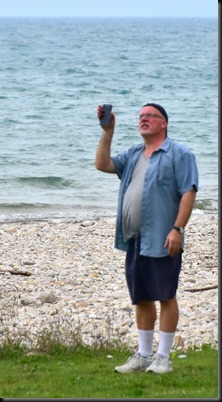 ‘BYE BYE BALLOON AND I LOVE YOU TOO’

Did you notice I didn’t have a single photo of a cow, a piece of farm machinery, or a field of crops anywhere in my entire post.  Who said miracles can’t happen……………….:)) 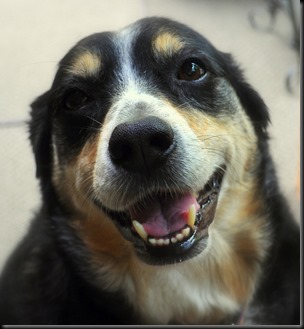 GROANER’S CORNER:((  An Indian chief had three wives, each of whom was pregnant. The first gave birth to a boy. The chief was so elated he built her a teepee made of deer hide. A few days later, the second gave birth, also to a boy. The chief was very happy. He built her a teepee made of antelope hide. The third wife gave birth a few days later, but the chief kept the details a secret. He built this one a two story teepee, made out of a hippopotamus hide. The chief then challenged the tribe to guess what had occurred. Many tried, unsuccessfully. Finally, one young brave declared that the third wife had given birth to twin boys. "Correct," said the chief. "How did you figure it out?" The warrior answered, "It's elementary. The value of the squaw of the hippopotamus is equal to the sons of the squaws of the other two hides."

Knock Knock
Who's there?
Dragon
Dragon who?
Stop dragon your feet and get to work.