PHEEBS AND I ARE HAPPY TO HAVE KELLY HOME AGAIN:)) 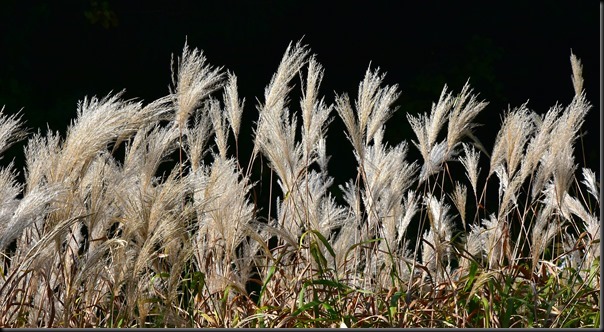 With a descending crescent Moon low on the western horizon the first constellation I saw stepping out of the Jeep Saturday night was the large dipping teapot of ‘Sagittarius’.  A quick glance about 15 degrees to the right found the mighty scorpion ‘Scorpius’ in it’s allotted night sky space.  Scorpius is one of my all time favs.  Despite my challenged memory I was able to move on from there and cruise around the night sky finding more constellations where I had previously remembered them.  Knowing the exact place to find the Andromeda Galaxy I hauled out my binoculars and was relieved to find it still in place.  Although only a light smudge in the sky it is our closest neighboring Galaxy…….and it’s slowly headed this way.  Oh not to worry, it may be a few million years before it gets here and if things keep politically going the way they are Earth will be long gone anyway……………… 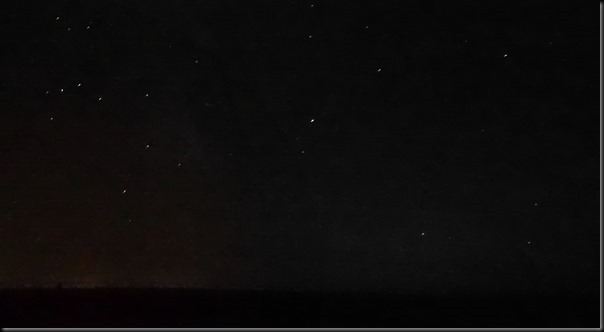 With the Moon down over the horizon more stars became visible but I did notice light pollution has increased along the horizon lines especially to the south.  The Milky Way was not as prominent as I remembered it before.  Now there is one other thing which comes into play here and that is the comparison between southern Ontario’s night sky and that of the American Southwest.  Arizona night skies are much darker and whenever we see them it is in the winter months when the air is much cooler and the atmosphere much clearer.  This hot humid spell we are in right now in this part of Canada does not make for clear and crisp night skies. 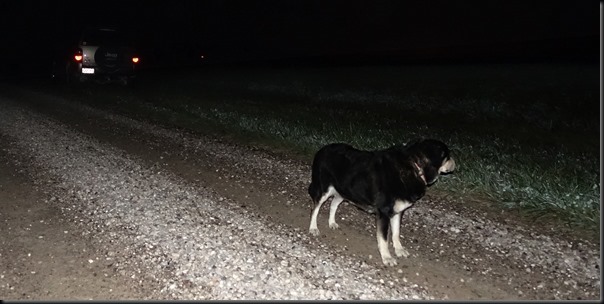 ‘OH-OH I HEAR SOMETHING’ 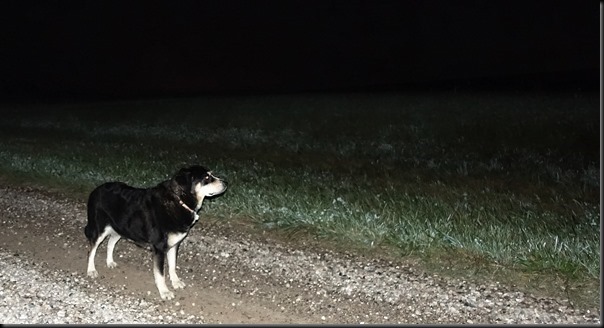 ‘I SEE A BIG GREEN ALIEN RHINOSAUCERUS OVER THERE DAD!!’

‘AW SHUCKS IT WAS JUST A BIG OLD GREEN COW’

Pheebs and I did make it out and about for a few hours this morning but the cool overnight air was  soon pushed aside by 9 a.m. when the day’s crushing heat and humidity were again upon us.  Rather than crank up the Jeep’s A/C we simply cranked all the windows down and kept ourselves moving.  Thankfully we have much cooler air on the way which should reach us about Thursday with temperatures dropping down into the low to mid 60’s.  Hallelujah Brother:))))))) 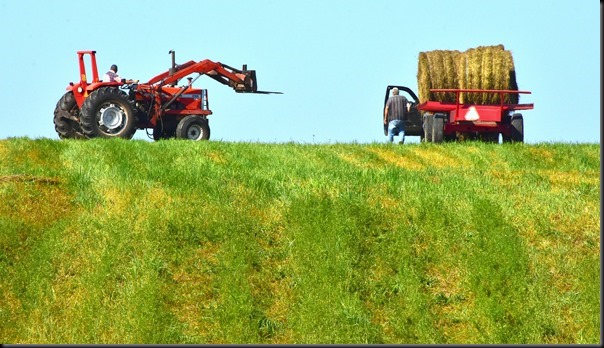 HERE’S ANOTHER COUPLE FELLAS LOADING UP SOME HAY BALES 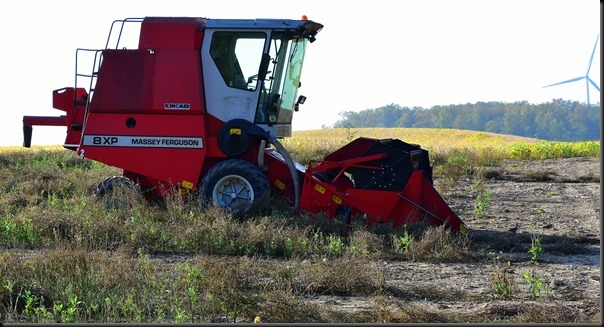 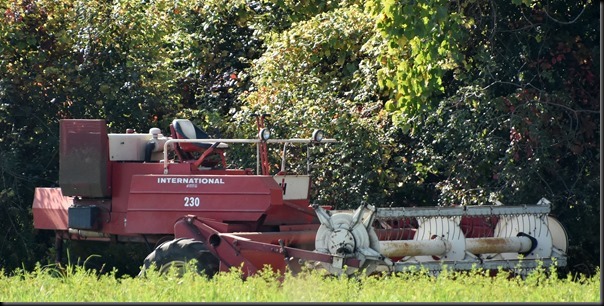 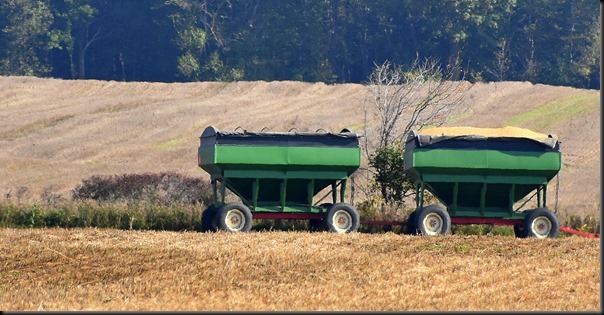 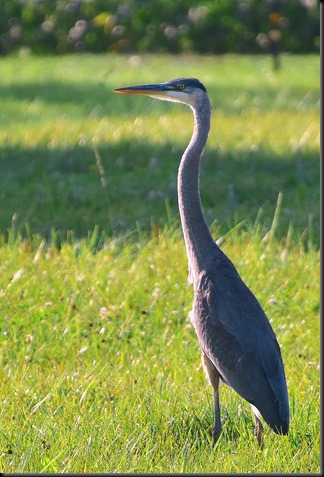 Reaching home around 11 Mike and Bruce were both here working on their respective separate projects for us.  Because of the heat I again emphasized there was no hurry to finish things but they were both nearly done and wanted to wrap the work up today.  And that is what they did.  Both the shed roof and vent projects are now done and what a great job the fellas did.  Mike will be back again later to work on another plumbing project for us.  I wrote a post years ago saying something to the effect, if I want something done right I’m better off getting somebody else to do it’.  These two projects were a good example of that.  Yes it costs us money but at least the jobs are done right and that gives me peace of mind. 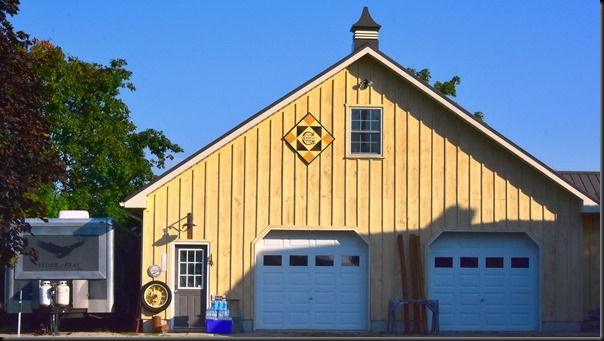 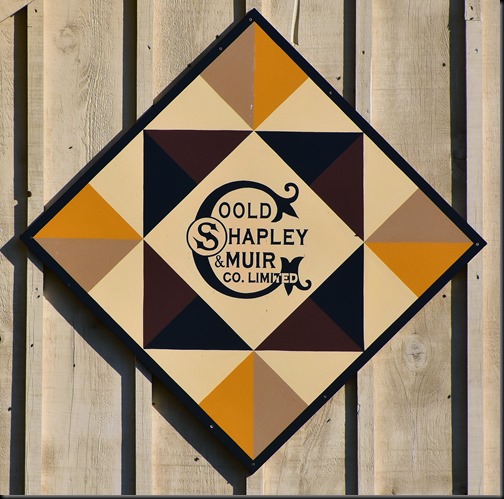 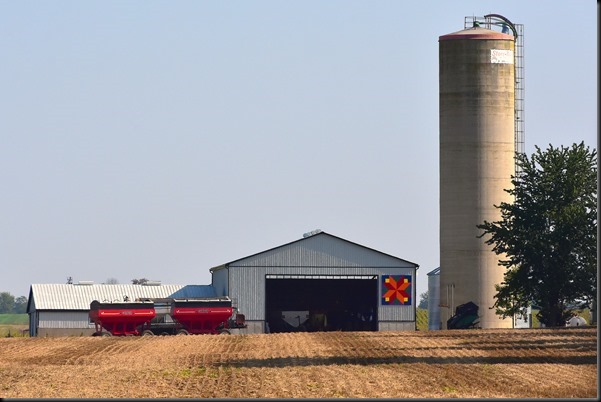 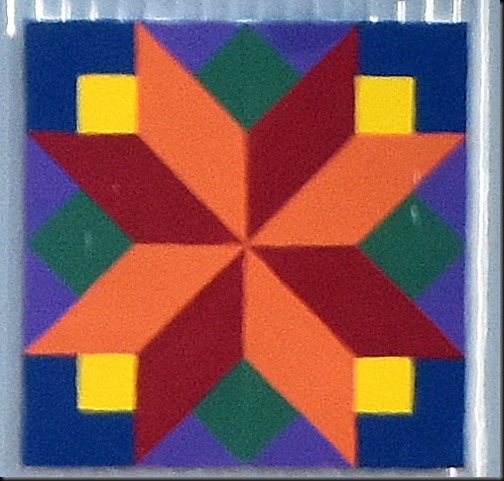 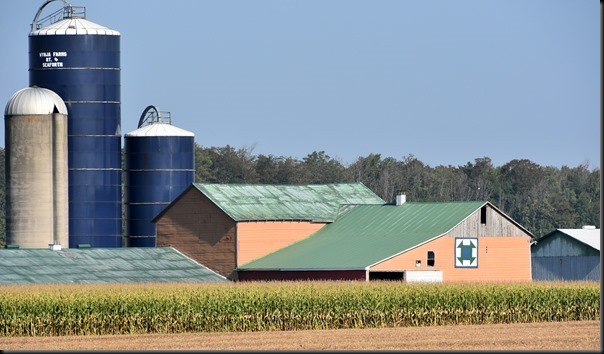 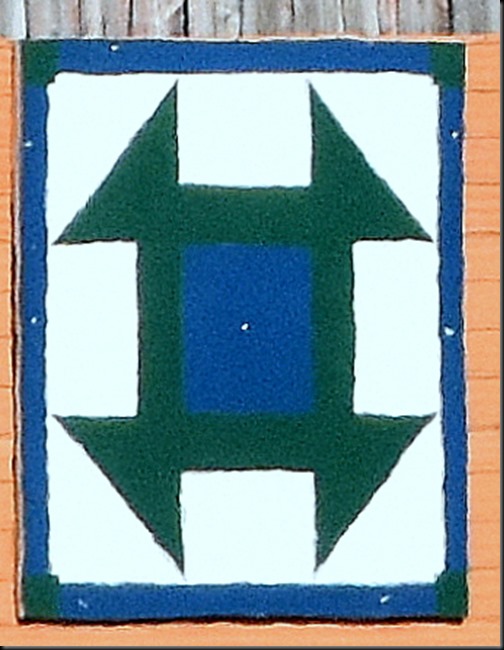 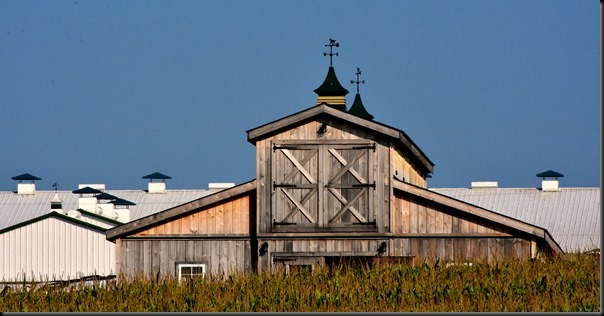 LIKED THE ARCHETECTURE ON THIS WOOD FARM BUILDING

Kelly rolled in from Spencerport New York at 3:05 this afternoon.  Said the traffic was bad all the way even for a Sunday.  Took her 6 hours to get to Spencerport last week and 5 hours to come home today.  She is totally exhausted.  I think the amount of traffic overall is steadily increasing everywhere and especially on the eastern side of North America. 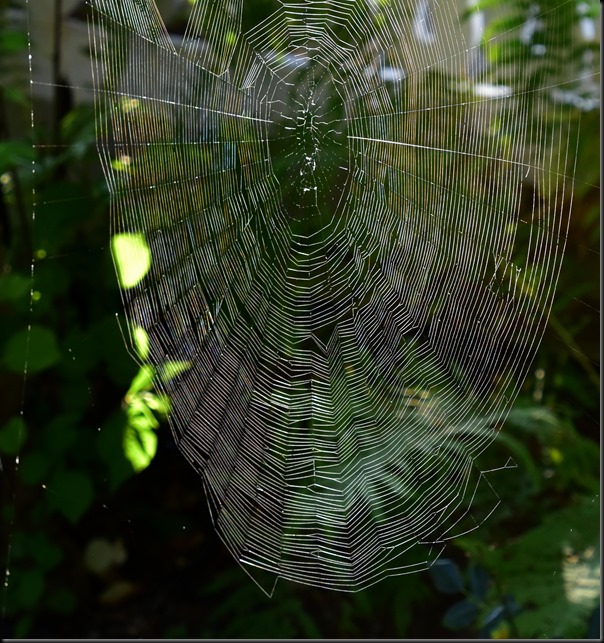 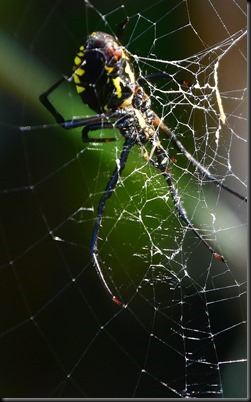 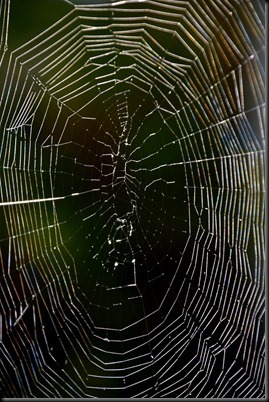 Pheebs and I were happy to see Kelly home safe and sound.  Nice to get caught up on things again and have the Bayfield Bunch team back up to full strength.  With Doctor’s appointments coming up shortly for both of us October is shaping up to be quite possibly a very busy month for us.   Kelly’s scan in London is on the 2nd then she meets with her specialist.  I have an appointment with my PSA specialist on the tenth and somewhere in there I’ll have to make an appointment to see my Nurse Practitioner as well.  If we are told we are ‘good to go’ then our winter travel plans kick into high gear.  Depending where we go will depend on when we leave which may be a bit later this year than usual……………. 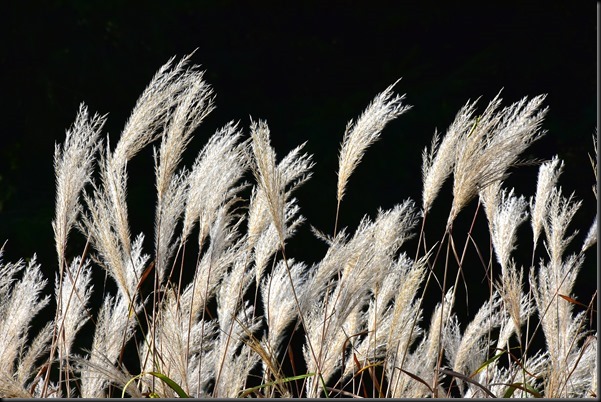 GROANER’S CORNER:((  A young woman brings home her fiancée to meet her parents. After dinner, her mother tells her father to find out about the young man. The father invites the fiancée to his study for a drink.  "So what are your plans?" the father asks the young man.   "I am a Torah scholar," he replies.   "A Torah scholar. Hmm." the father says. "Admirable, but what will you do to provide a nice house for my daughter to live in as she's accustomed to?"   "I will study," the young man replies, "and God will provide for us."   "And how will you buy her a beautiful engagement ring such as she deserves?" asks the father.   "I will concentrate on my studies," the young man replies, "and God will provide for us." "And children?" asks the father. "How will you support children?"   "Don't worry, sir, God will provide," replies the fiancée.    The conversation proceeds like this, and each time the father questions, the young idealist insists that God will provide.   Later, the mother asks, "How did it go, honey?"   The father answers, "He has no job and no plans, but the good news is he thinks I'm God."

Teacher: Why does the statue of liberty stand in New York harbor?
Pupil: Because it can't sit down!

What was Camelot?
A place where people parked their camels!

Who gave the Liberty Bell to Philadelphia?
Must have been a duck family
A duck family?
Didn't you say there was a quack in it!

Teacher: Where is your homework?
Pupil: I lost it fighting this kid who said you weren't the best teacher in the school

Knock Knock
Who's there!
Fangs!
Fangs who?
Fangs for letting me in. 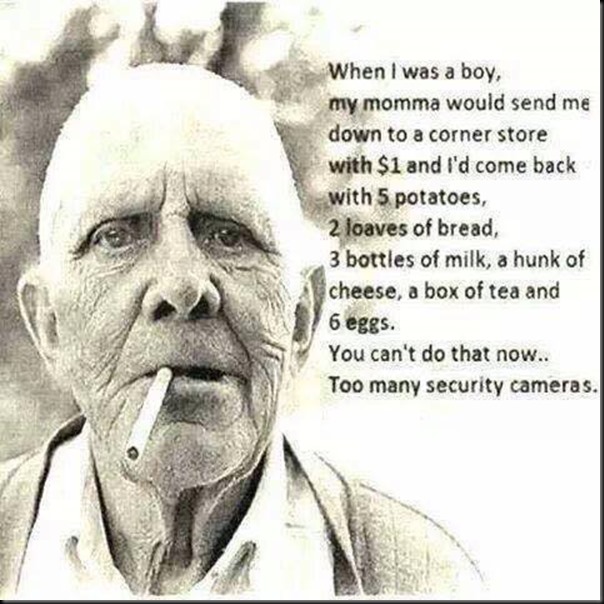