BY 8:35 TONIGHT i COULD NO LONGER REACH AUNT JEAN……WE WILL ANXIOUSLY AWAIT HER ‘ALL CLEAR’ CALL TOMORROW 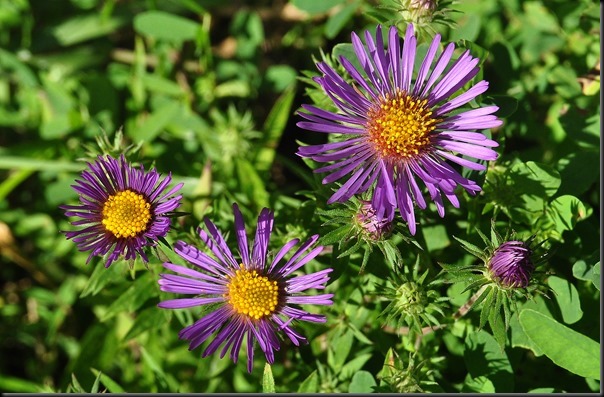 Aunt Jean called us this morning about 10:30 to give us an update on how she was doing.  Her main concern had been a glass door between her lanai and living room.  She didn’t think her lanai would survive the storm and worried the winds would then break in the glass door.  She called a couple friends who hurriedly came over this morning and moved a large heavy book case to block that glass door.  A living room chair was moved in front of the book case and mats were draped over it all so at least now she has some protection from flying glass if the wind destroys the lanai then attacks the door.  She was still in good spirits but I did detect a note of apprehension in her voice.  While Kelly and I were both on the line with her we could hear crackling and the phone started to cut out.  A hasty good-bye back and forth and that was it.  However, and amazingly enough, when I called back 3 hours later expecting no answer by golly there was Aunt Jean on the the other end of the line again.  The power outage had only been momentary so we had ourselves another chat.  She was cheerful and trying to decide what to make herself for supper. 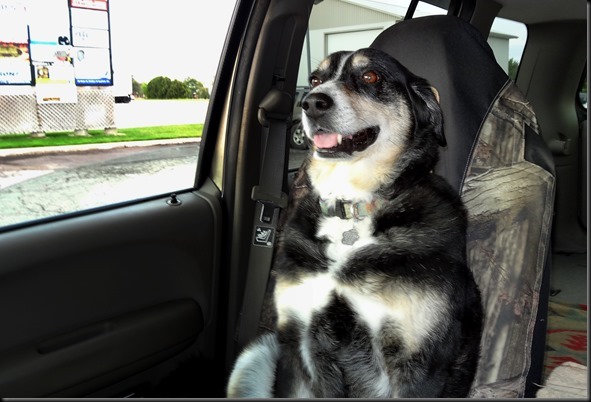 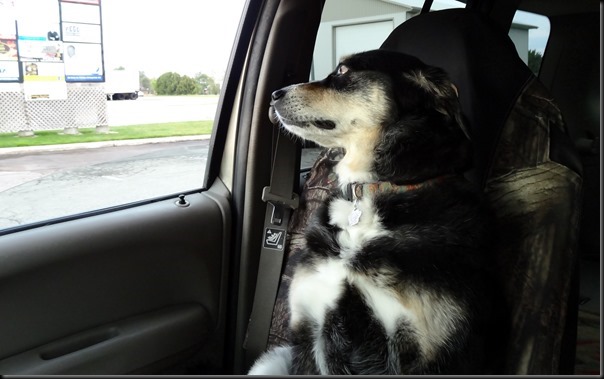 ‘HEY DAD THERE GOES A GUY WITH 3 HAMBURGERS’ 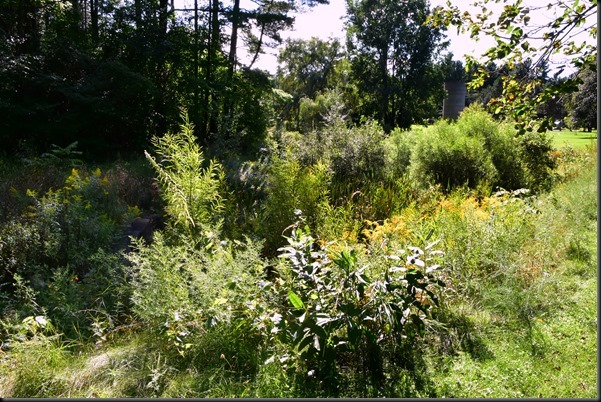 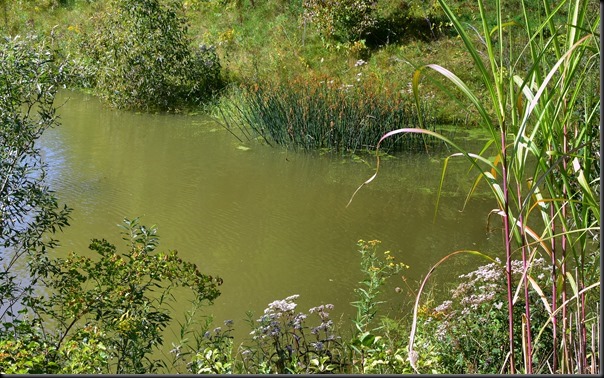 Kept myself busy this morning with our ongoing back yard clean-up.  Hooked up the utility trailer and with Pheebs helping we loaded up 3 big loads of pine needles, branches, and small trees hauling them off to our Park’s landfill site.  In between loads I would slip inside and check the hurricane status as it approaches Sarasota.  Our neighbor Monica has a mobile home in a place called Frost Proof Florida so I’m thinking she is sticking pretty close to her TV as well. 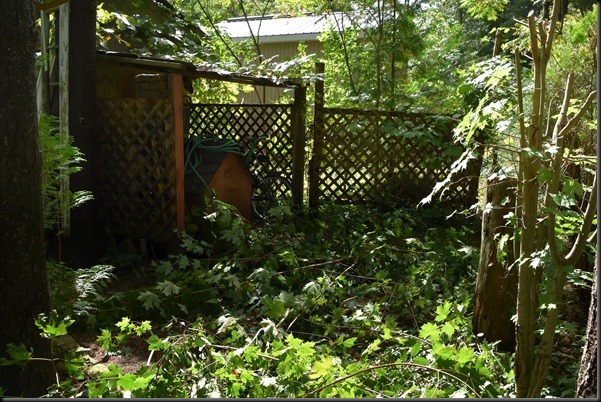 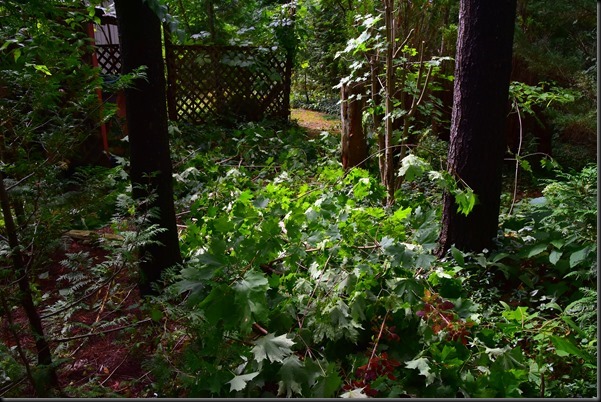 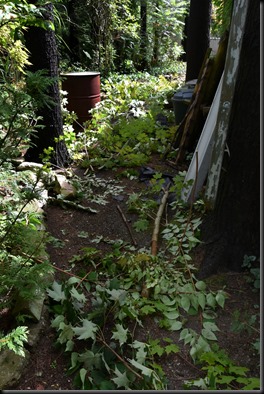 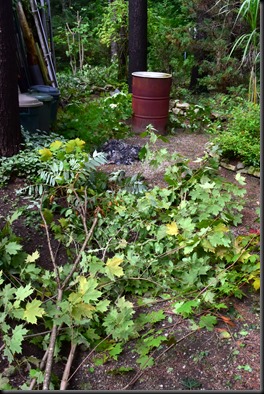 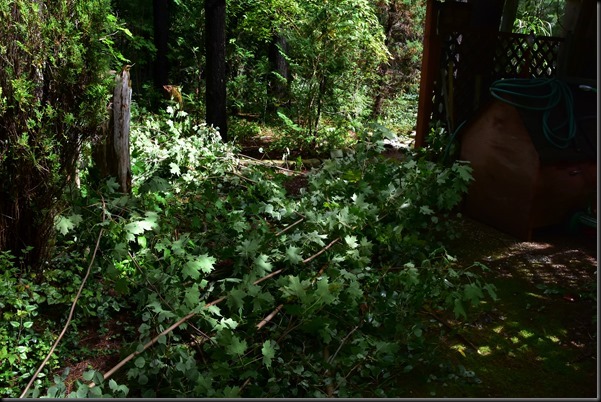 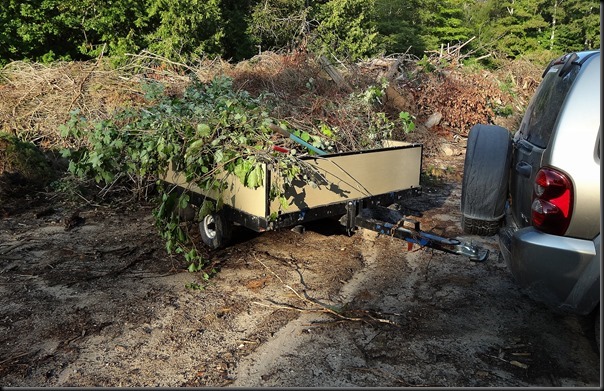 Had a few A&W coupons left and with the specials ending today all three of us piled into the Jeep around 11 and headed off to Goderich for a couple Teen Burgers.  Another absolutely beautiful early September day going on here with temps in the mid 60’s.  Ideal weather for me to be working around outside. 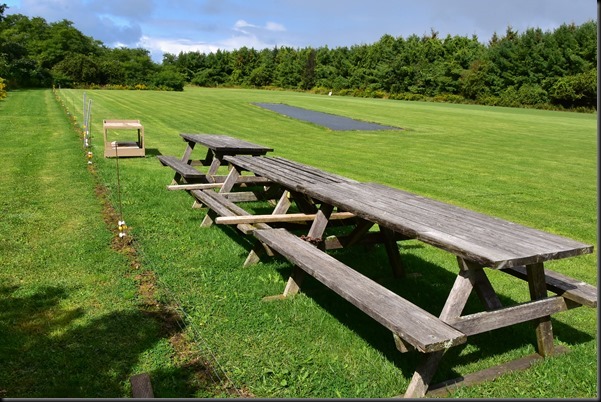 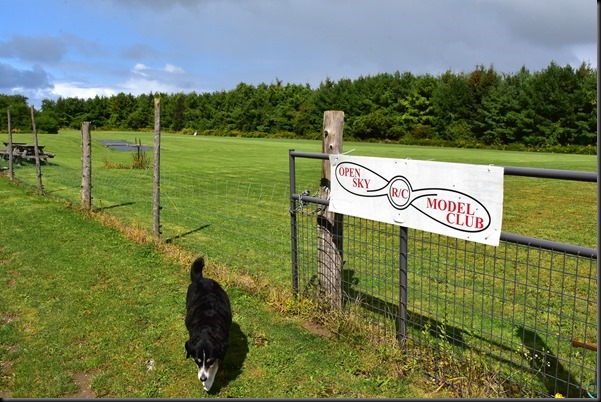 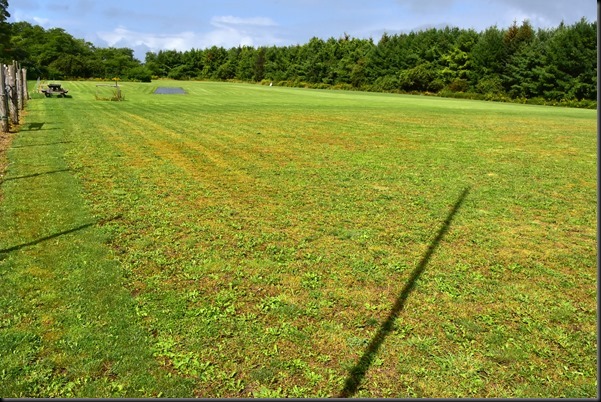 My afternoon was a mixture of more outside yard puttering, TV hurricane watching and a couple snoozes.  When a pine tree toppled into your front yard last week it knocked over a post with an old home made bird feeder on it.  No I didn’t make that bird feeder but I noticed on the top of it the assumed builder had painted a small ‘Merry Christmas’ on the a corner of the roof and it was dated 1995.  I have no idea where the bird feeder came from and for whatever reason I don’t ever recall using it.  Picking it up off the ground today I could see it was in need of some TLC. 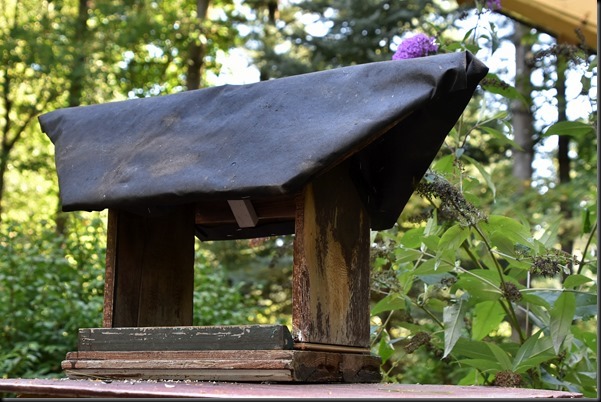 MY IMPROVISED TARPAPPER ROOF ON THE BIRDFEEDER 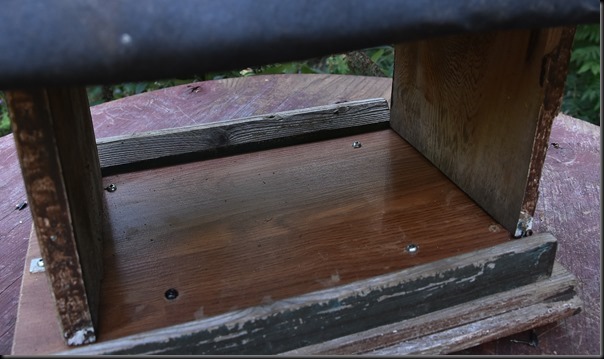 HEY I EVEN PUT A NEW HARDWARE FLOOR IN:))

I called Jean again at 7:30 and surprisingly she answered.  The hurricane eyewall hadn’t reached her yet but she said it was super windy with branches down and things hitting the side of her condo.  Said the power had been going off and on for the last number of hours.  She was still very upbeat and heartened that Irma had been downgraded to a category 2.  She has ridden out Cat 2 hurricanes before but not in the condo she is now in.  We were on the phone about 5 minutes and the line went dead.  Another power outage.   I tried calling two more times, once at 8:15 and again at 8:35.  First time was a busy signal and the second time a mechanical voice saying this number was out of order………..We will anxiously await Aunt Jean’s ‘all clear’ phone call tomorrow………………… 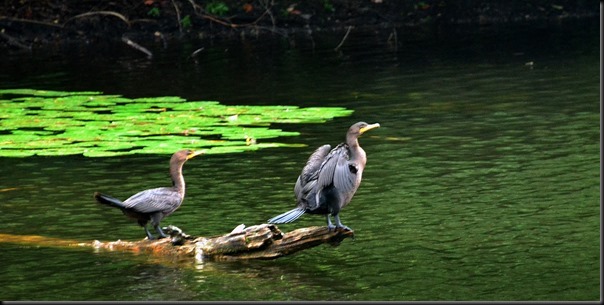 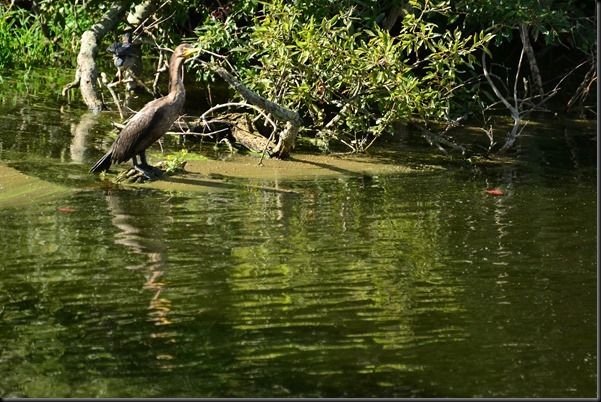 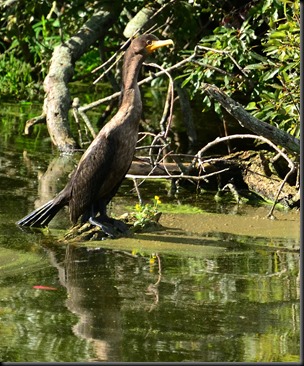 Members of the Flat Earth society would ridicule their opponents as sphere-mongers.

A woman, searching for a job, inquired about the benefits. The Personnel Manager informed her they had group health and life insurance, but the costs were deducted from the employee's pay.
She said, "My last employer had full health coverage, as well as five years salary for life insurance and a month's sick leave AND they paid the full premiums." "I can't help but asking madam why you would leave a job with such benefits," the interviewer replied. The woman shrugged her shoulders and said, "The company went bankrupt."

Knock, Knock
Who's There?
Herring.
Herring Who?
Herring Al is putting some awful knock-knock jokes in his posts:))

Q: What U.S. production car had the largest 4 cylinder engine? Q: What car was reportedly designed on the back of a Northwest Airlines airsickness bag and released on April Fool's Day, 1970?

Q: What is the Spirit of Ecstasy? A: The official name of the mascot of Rolls Royce, she is the lady on top of their radiators.Also known as "Nellie in her nighty".