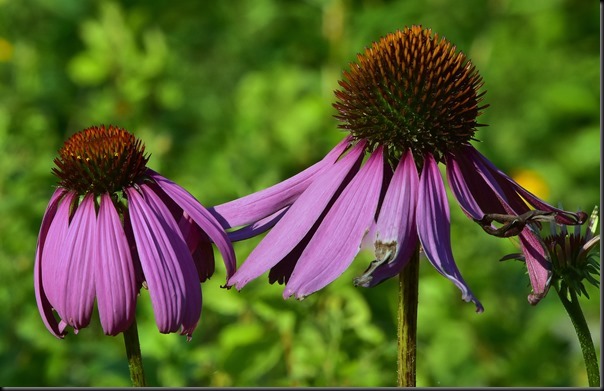 Pheebs and I were out the door and on the road by 8 a.m. but little more than an hour later I had to set a course for home.  My shirt was already sticking to me as temperatures and humidity levels quickly rose making the air muggy.  We at least accomplished our mission though which was to procure ourselves a new living room fan.  Our tower fan gave up the ghost a couple months ago and yesterday our main living room blue bladed table top fan (Uncle Harrys) ran out of steam after a short illness. 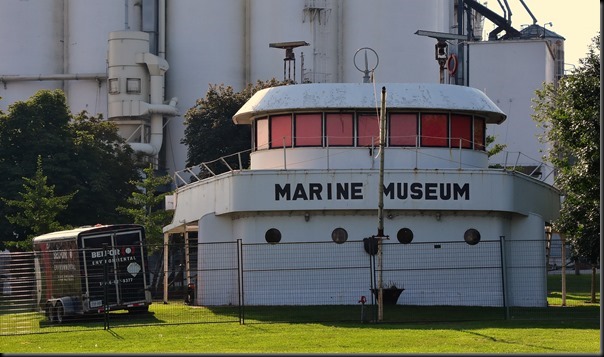 NOTICED WHEN WE DROVE DOWN AROUND THE GODERICH HARBOR A FENCE HAS BEEN SET UP AROUND THE ‘MARINE MUSEUM’….IT IS TO BE DISMANTLED THIS WEEK 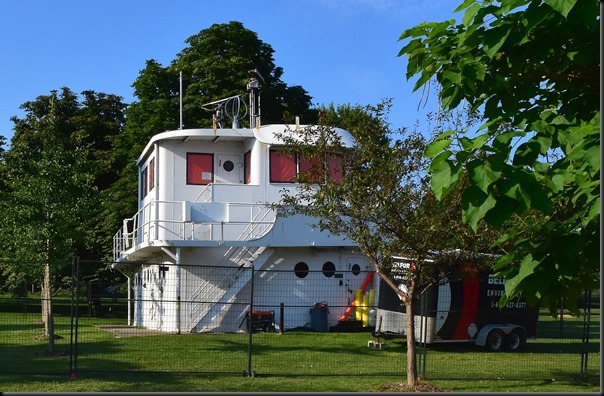 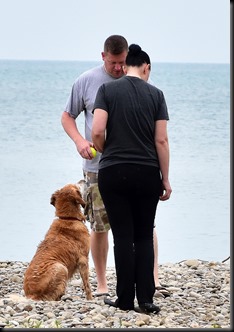 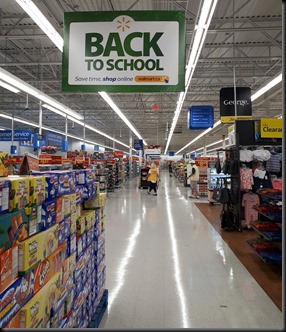 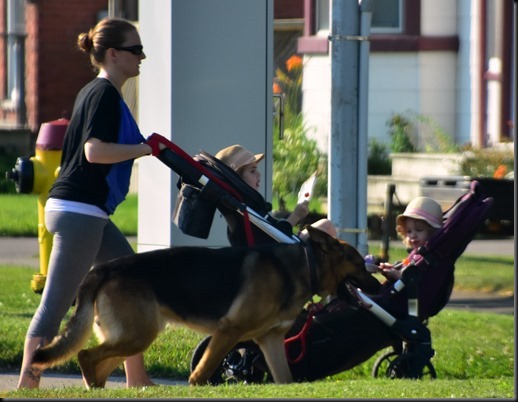 A YOUNG FAMILY OUT FOR A MORNING STROLL

With this kind of summer humidity in the air fans are crucial so Pheebs and I popped into the Canadian Tire store in Goderich and grabbed ourselves a Honeywell pedestal model.  Arriving home Kelly was quick to assemble it and I was quick to enjoy it.  Nice oscillating air conditioned air.  Needless to say I didn’t venture too far from my fan all afternoon.  Cooler air headed our way in a few days:)) 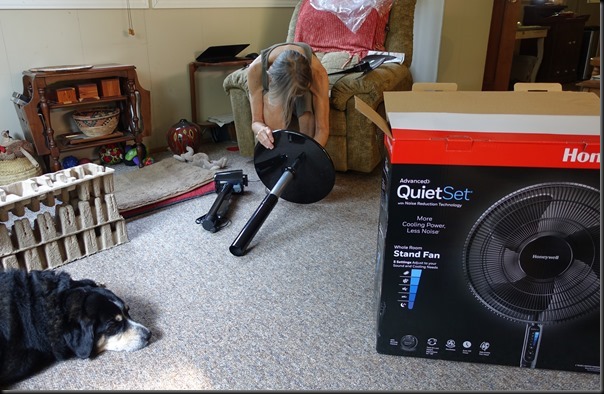 Imagine my surprise when I noticed our ‘Bayfield Bunch’ name in our own sidebar yesterday.  Not sure if that has happened before. Thanks to Linda and Steven over at The Chouters & Scoopy for the nice write-up.  In the same post Linda talks about their nervousness at border crossings and I must admit we are always very apprehensive at every border crossing as well whether it’s leaving Canada or coming back again.  Having undergone 3 ‘Agriculture Checks’ over the past decade we know what it’s like to be temporarily denied access, pulled over to a holding area and then be told to exit the coach and turn over the keys while customs personal board the Motorhome in search of things.  We’ve stood outside in the cold biting winds holding onto 3 dogs and stood in a long line-up inside a building one time until it was our turn at the counter to answer another withering barrage of questions about ourselves.  We don’t take border crossings lightly anymore knowing how fast a wrong word or a miss understood answer can turn one’s world upside down at the border right quick. 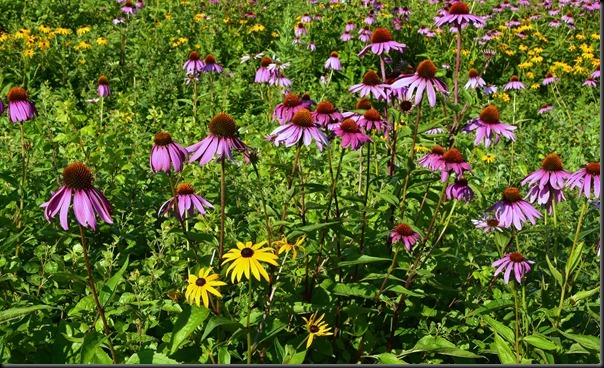 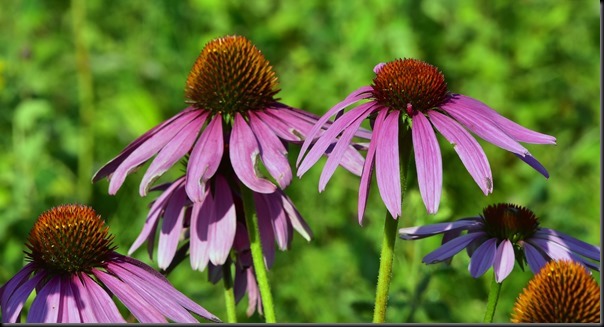 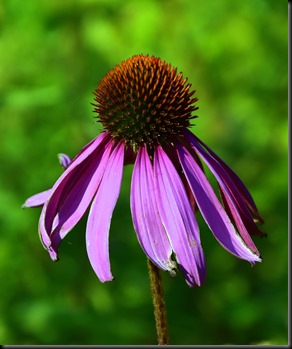 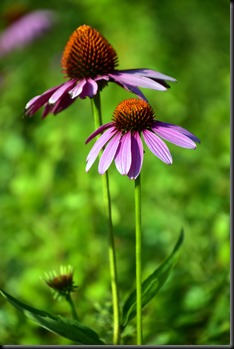 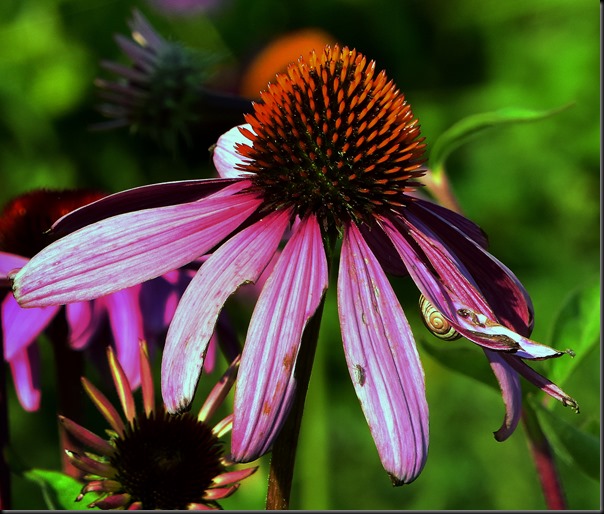 Despite these uncomfortably warm days I have been able to take Pheebs out for a walk in the cooler evenings this past week or so. 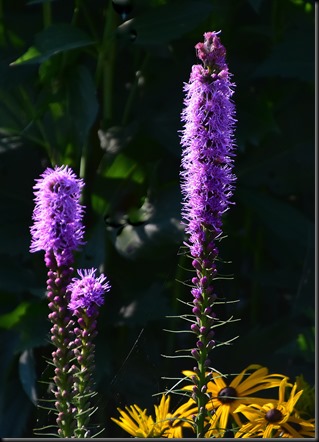 GROANER’S CORNER:(( Emily Sue passed away and Bubba called 911. The 911 operator told Bubba that she would send someone out right away. 'Where do you live?' asked the operator.
Bubba replied, 'At the end of Eucalyptus Drive.'
The operator asked, 'Can you spell that for me?'
There was a long pause and finally Bubba said, 'How 'bout if I drag her over to Oak Street and you pick her up there?'

Howl you know unless you open the door?

The Pope met with his Cardinals to discuss a proposal from Benjamin Netanyahu, the leader of Israel. "Your Holiness", said one of his Cardinals, Mr. Netanyahu wants to challenge you to a game of golf to show the friendship and ecumenical spirit shared by the Jewish and Catholic faiths." The Pope thought this was a good idea, but he had never held a golf club in his hand. "Don't we have a Cardinal to represent me?" he asked. "None that plays very well," a Cardinal replied. "But," he added, "there is a man named Jack Nicklaus, an American golfer who is a devout Catholic. We can offer to make him a Cardinal, then ask him to play Mr. Netanyahu as your personal representative. In addition, to showing our spirit of cooperation, we'll also win the match." Everyone agreed it was a good idea. The call was made. Of course, Nicklaus was honored and agreed to play. The day after the match, Nicklaus reported to the Vatican to inform the Pope of the result. "I have some good news and some bad news, your Holiness, " said the golfer. "Tell me the good news first, Cardinal Nicklaus," said the Pope. "Well, your Holiness, I don't like to brag, but even though I've played some pretty terrific rounds of golf in my life, this was the best I have ever played, by far. I must have been inspired from above. My drives were long and true, my irons were accurate and purposeful, and my putting was perfect. With all due respect, my play was truly miraculous. "There's bad news?", the Pope asked. "Yes," Nicklaus sighed. "I lost to Rabbi Tiger Woods by seven strokes."