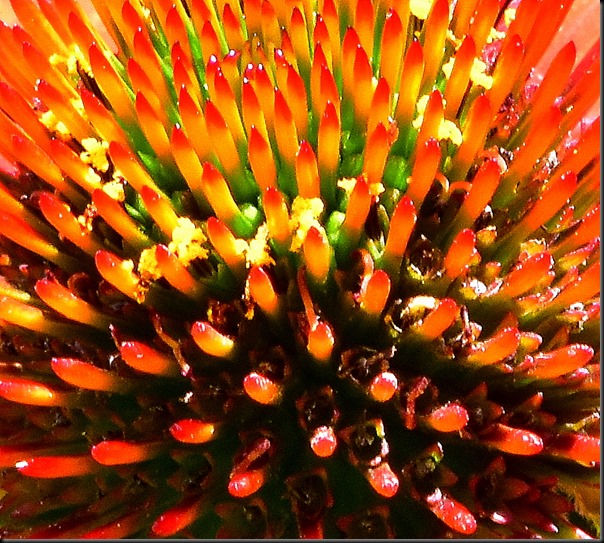 Not sure where my late morning spurt of energy came from but come it did and I was able to get a few things done around the yard plus trim some branches back from a roofline on a neighbors magnolia tree. 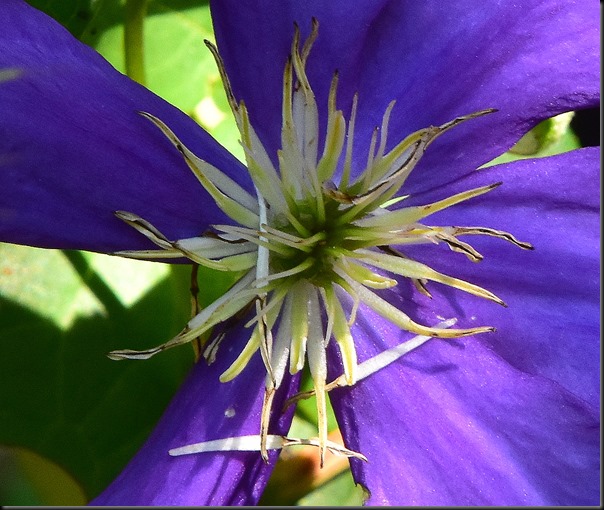 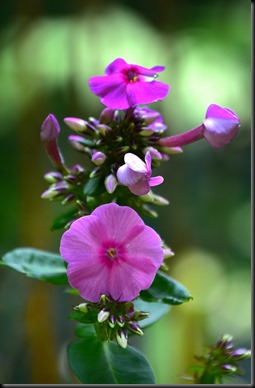 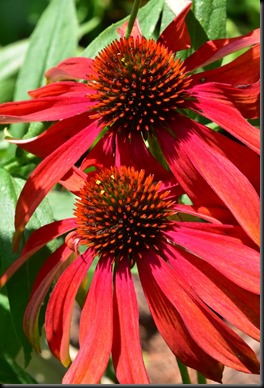 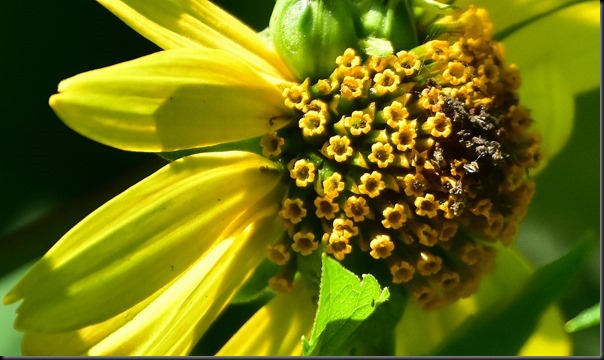 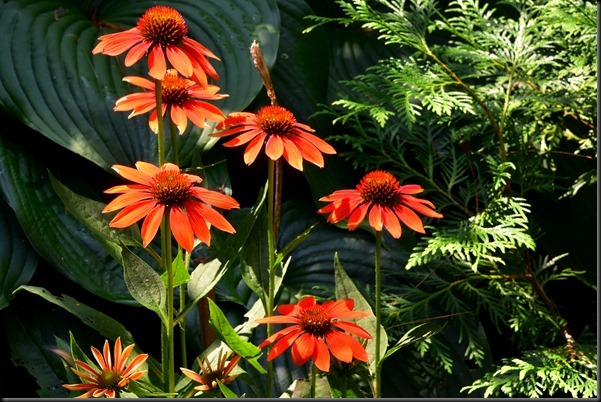 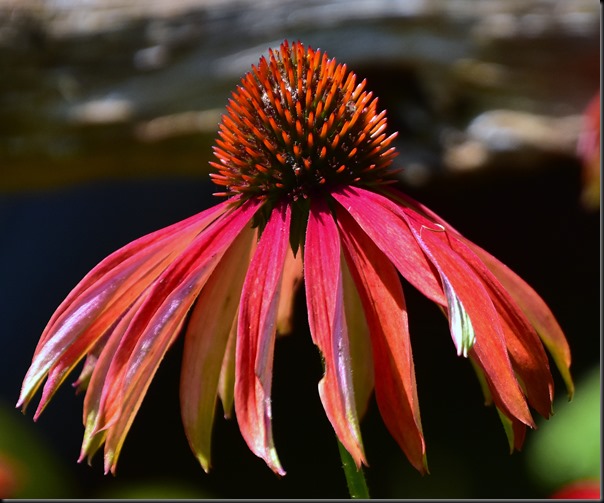 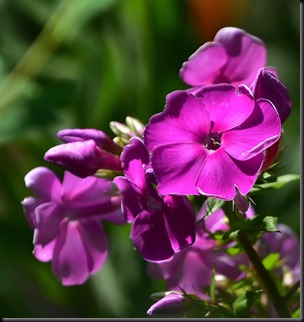 Pheebs and I took a spin up to Goderich then wandered a few scenic roads back home.  A bit overcast today so my camera had a rest this morning with very few photos taken except for a few flowers this afternoon.  Wished I knew the names of all our flowers but I don’t.  Many of them are wild flowers I’ve dug out of fields and ditches alongside the road.

A COUPLE OF BEACH PHOTOS THIS MORNING 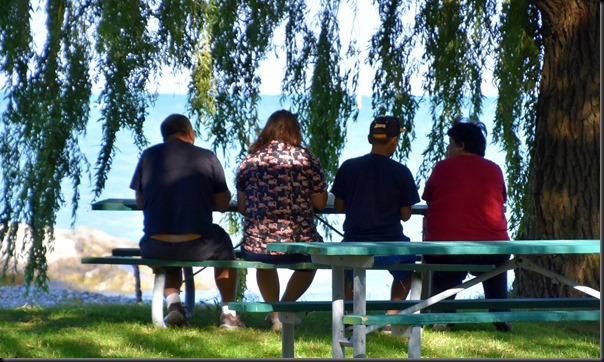 A reader asked what I thought of the movie ‘Dunkirk’.  No doubt a good movie with a great sound track but here’s my problem.  I really wished I could go to an actual fact based movie and not view it with such a critical eye.  I’m not going to go into what I didn’t like about some of the scenes because I do understand the movie maker’s need to make the movie more interesting for the public and liberties are sometimes taken.  However, this movie is graphically interesting both audio and visually.  Because I have read just about every book out there on the ‘Battle Of Britain’ and especially those of the fighter pilots from both sides in the war I do have some knowledge about how aircraft were deployed, sorties, altitudes flown when and why, etc.   Having read the pilots stories about the lives they lived both in the air and on the ground there was one scene in the movie that was my absolute favorite and sent a chill through me. 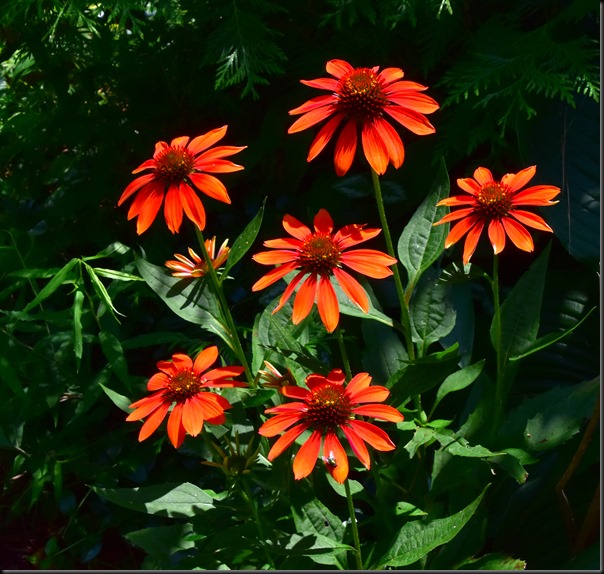 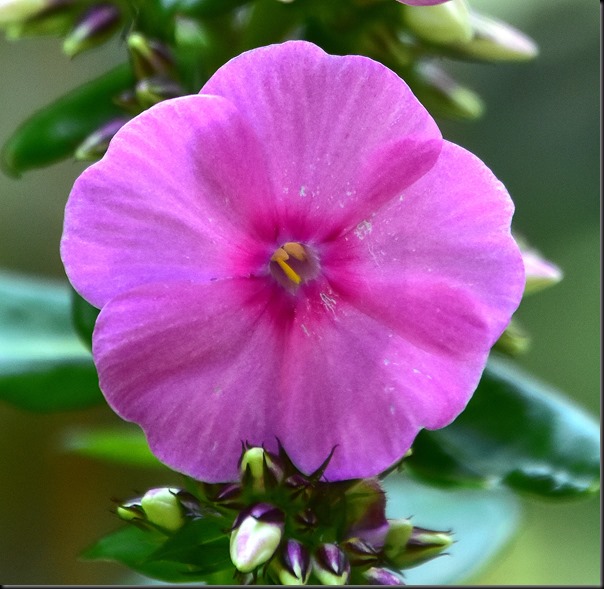 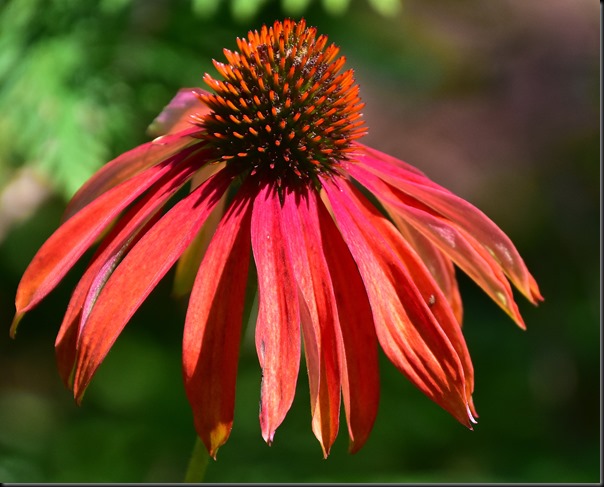 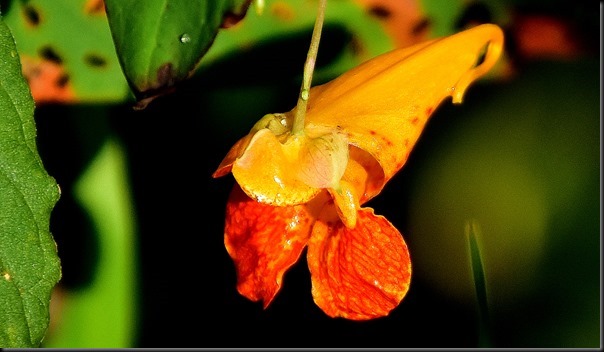 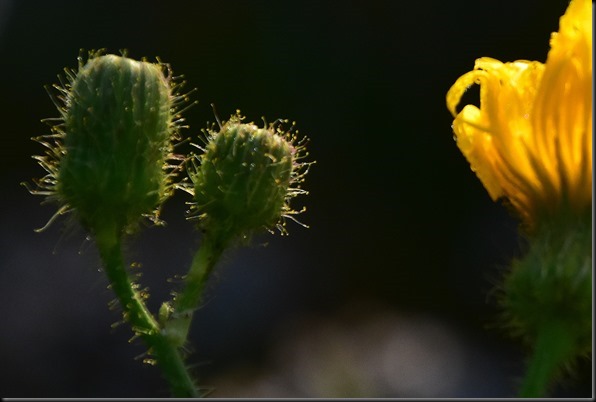 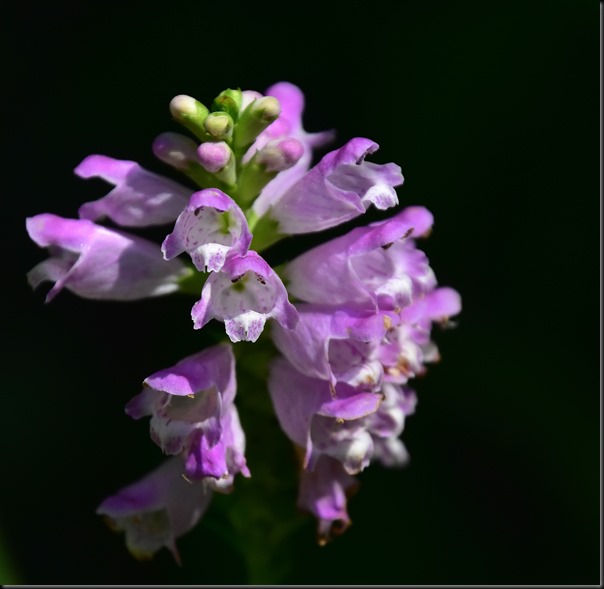 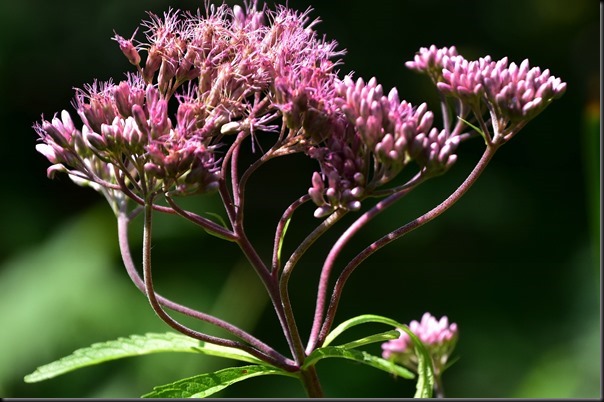 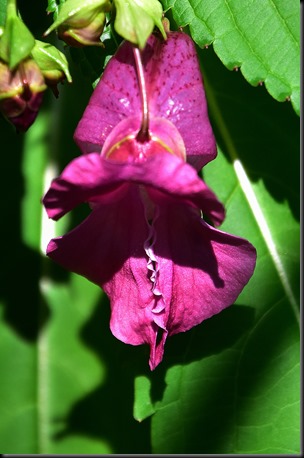 When you have read as much about Spitfires as I have you might understand the actual thrill I had near the beginning of the movie when 3 Spitfires flying in formation suddenly appeared large as life on the left hand side of the screen with the close-in camera following them from left to right.  And oh the throaty sounds of those Merlin engines.  Even now writing this I feel an excited chill about that scene because it sent an electric like shock through my body.  The scene with the camera panning those aircraft only lasted maybe five or six seconds but it made the movie for me and I will always remember the Dunkirk movie for that one special to me scene.   I’m sure most people will not be affected by that as I was but for anyone else who has flown those Spitfires like we book readers have I know they too will understand the power of that scene as well as every other scene showing the pilots, gauges, dials, and levers in their cockpits.  And the sounds as well.  I was fascinated every time a Spitfire appeared on screen as it brought back so many memories of the books I have read.  And as book readers well know it is not unusual to become immersed with the characters in a book and at the end when a main character dies and one closes the book for the last time it is like losing a best friend.  This is especially so with me reading non fiction books because the people in these stories and historical events were once real people…………… 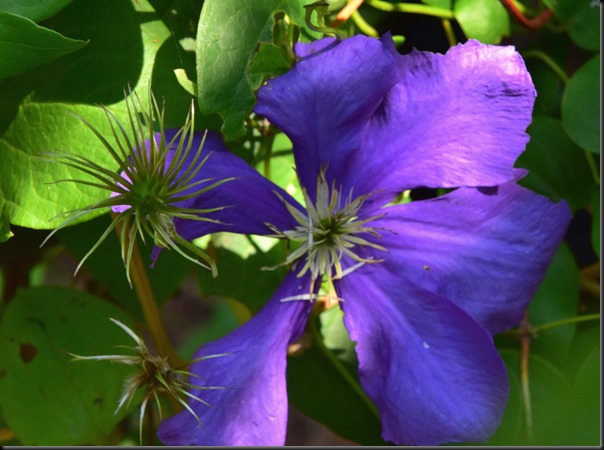 Did you know that one of the two previous owners of our mobile home here in Bayfield was a Spitfire pilot.  And right above my head here sitting at the computer we have a framed artist’s print of a British Spitfire flying through clouds.  Soon as our sunroom was complete years ago we bought that Spitfire picture and hung it up there.  If I had a previous life I think I was a fighter pilot flying a Spitfire.  After all, I was born in October of 1944…………………… 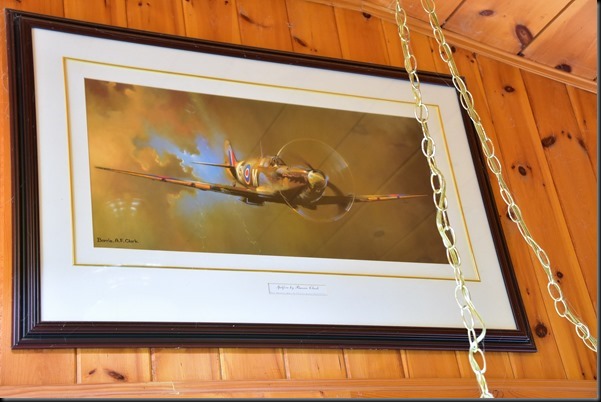 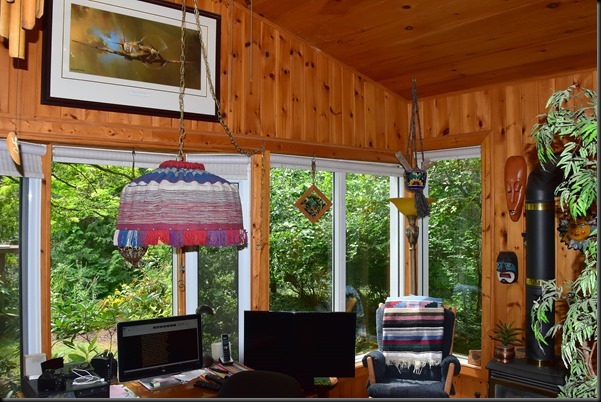 Below is a list of just some of the ‘non fiction’ books I have read since acquiring my Kindle a few years ago.  I read countless other books about the First and Second World Wars beginning way back in my Public School days.  My Dad was in the Canadian Air Force based in Nova Scotia during the war…………………….

A Salute To One Of The Few – Simon St. John Beer

Tally Ho! Yankee In A Spitfire

By The Skin Of My Teeth – Colin Bownes

The First And The Last – Adolph Galland

Down In Flames – Ray Parker

The Few: American Knights Of The Air 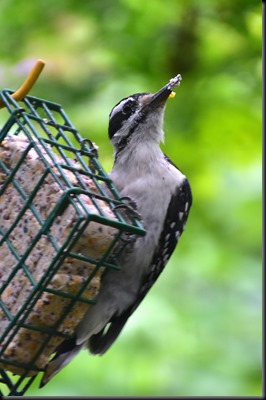 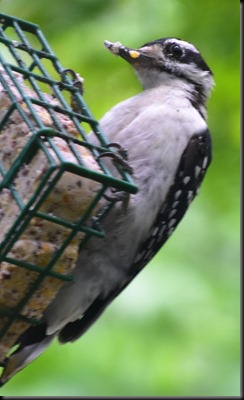 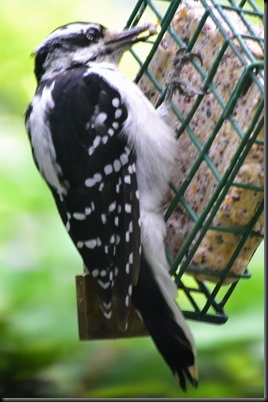 GROANER’S CORNER:((  While attending a Marriage Seminar dealing with communication,
Tom and his wife Grace listened to the instructor,
'It is essential that husbands and wives know each other's likes and dislikes.'  He addressed the man, 'Can you name your wife's favorite flower?'
Tom leaned over, touched his wife's arm gently and whispered, 'It's Pillsbury, isn't it?

- In the early 1900s Italian immigrants lived in spaghettos. But now that's all in the pasta.

Q: How was copper wire invented?
A: Two accountants were arguing over a penny.

Here’s a few great truths about life that adults have learned::

Thermos be a better way to get this door open!!